If we were going to focus on just one aspect of Teller's three decades in fashion, handbags would be as good a place as any

When an artist finds a subject that moves them they sometimes become obsessed by it.  As a fashion photographer Juergen Teller is and has always been a true artist.  From almost the moment he arrived in London in the mid-eighties after studying photography in Munich for two years – he came to the UK to avoid military service and learn English, apparently – his raw, functional, almost documentary style aesthetic started to redefine what was being seen as ‘fashionable’ at a time when catwalks were still looking like edited scenes from Dynasty.  He was also fortunate enough to arrive in London at a time when British youth culture was actively rebelling against the over-opulent American look and looking for new thought leaders in fashion to start reflecting their experiences. 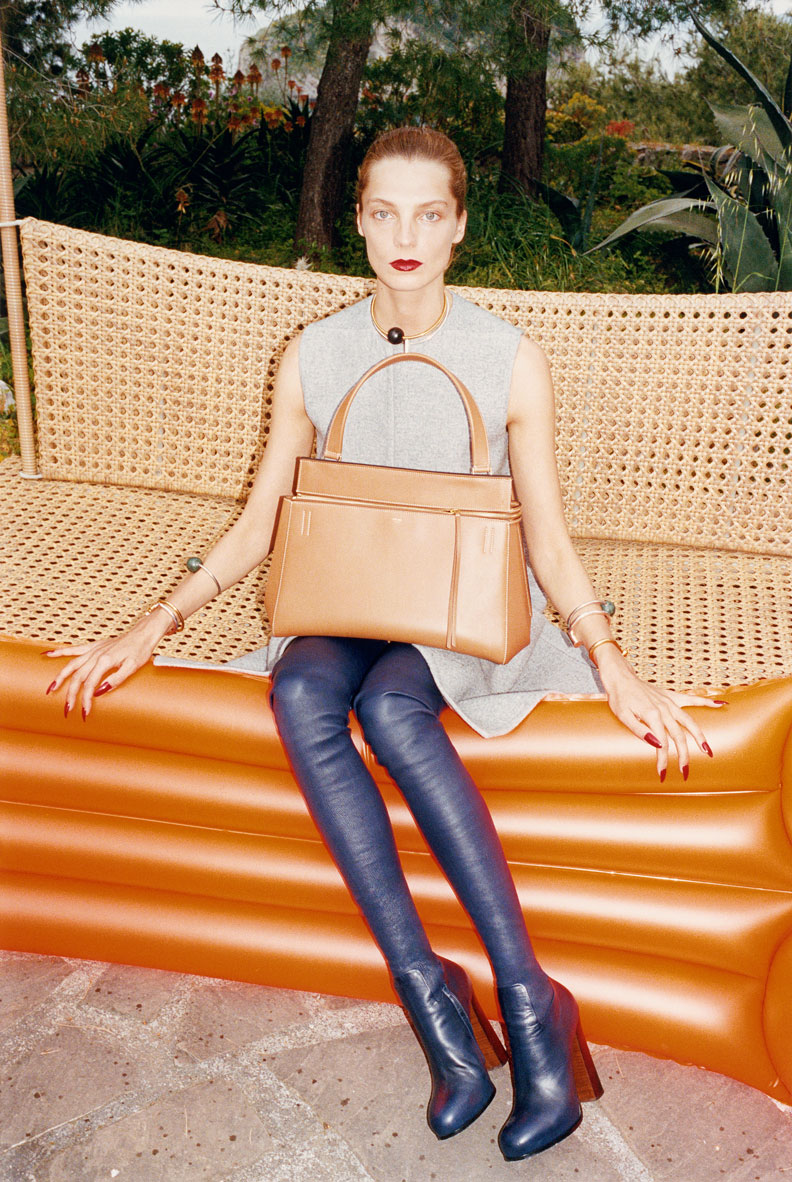 Style magazines had just begun to take hold in the country and, for Teller, it became a perfect storm – right place, right time, right talent.  His work has since gone on to become celebrated in fashion history.  He has seemingly photographed everyone of cultural significance – from Kanye West to Kurt Cobain and even other legendary photographers like Nobuyoshi Araki – as well collaborated on a near 15-year stint shooting campaigns for Marc Jacobs.  In the early days he even shot those campaigns for free in exchange for complete creative control.  Only an exceptional talent could get anyone, let alone a fashion designer, to relinquish that kind of control over their baby. 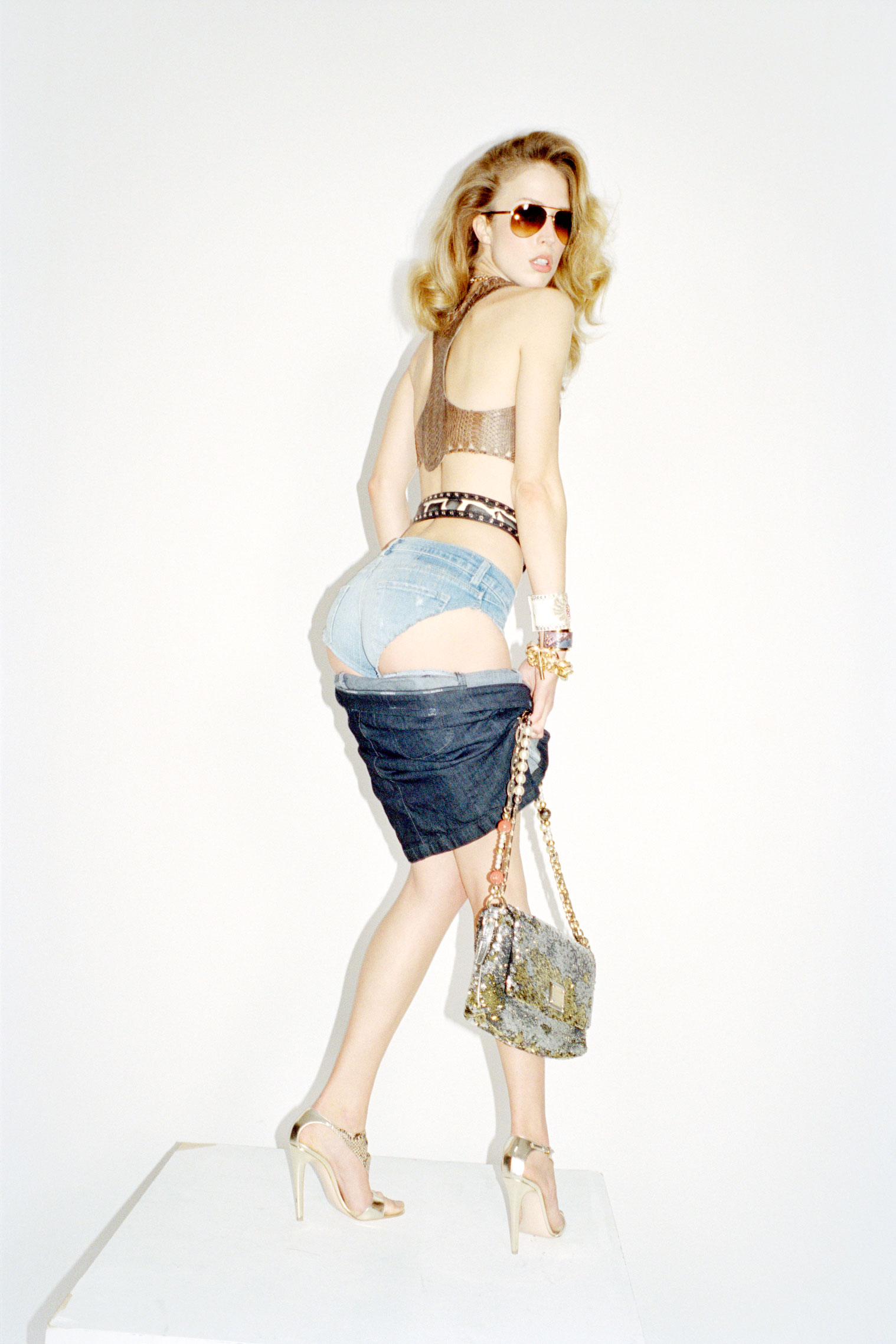 Teller has also published a whole lifetime’s worth of books and held numerous exhibitions around the world.  He’s been feverishly prolific during his time and so there might be many things he’s discovered a passion for.  But even any casual observer could tell he just has a clear obsession for handbags.  Recognising this as yet unexplored quirk, curators Mario Codognato and Adriana Rispoli worked with Juergen Teller’s studio to bring a complete exhibition on his work with handbags to the Pignatelli Museum in Naples until May 19th. 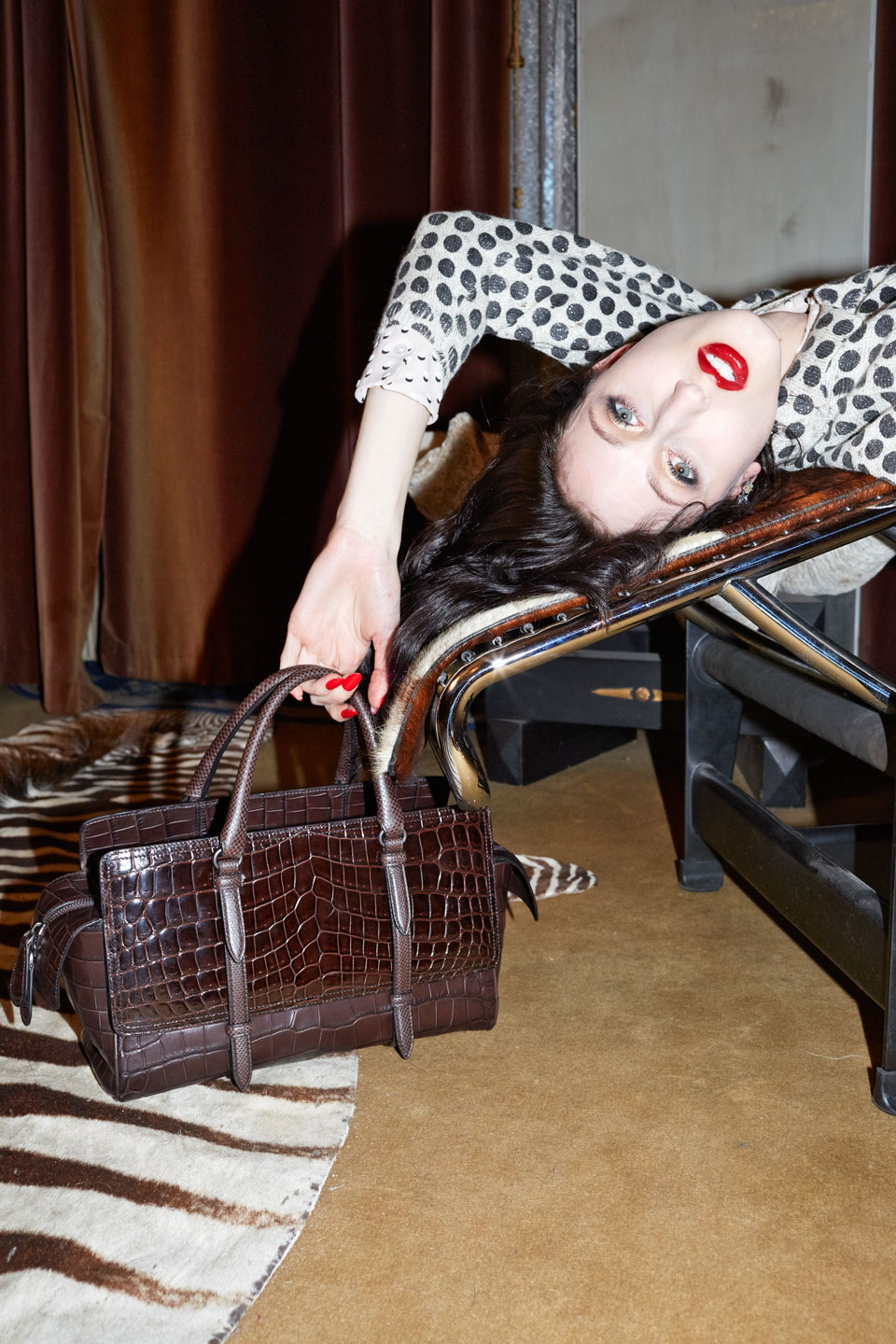 The entire exhibit encompasses over 600 images from his three decades, all featuring his one favourite subject.  Vivienne Westwood, Sofia Coppola, Asia Argento, Kate Moss, Tilda Swinton and even Teller himself are just a few of the great and the good in arts and culture who you’ll see playing second fiddle to the main subject in most images.  Some you won’t even see at all, even though they’re there.  Victoria Beckham’s legs hanging out of a discarded Marc Jacobs bag for the Marc Jacobs SS08 campaign (main image) is always going to be a particular highlight.  And, just in case you’re wondering, the Naples’ Pignatelli Museum, billed as the home of modern and contemporary photography, is a pretty fantastic setting to see it all in.