Admittedly, you’d have to be in really close touch with your ‘nerdville’ side to know this but, there’s a reason why why so many blockbuster fantasy and science-fiction shows, from Game of Thrones to The Expanse, choose the amazing landscapes of Iceland as filming locations.  There’s a particular ‘otherworldly-ness’ to certain parts of the country that have been shaped by the region’s active volcanic activity.  If, like Louis Vuitton, your plan is to present a stark and unique vision to the world, there is no better canvas on which to paint. 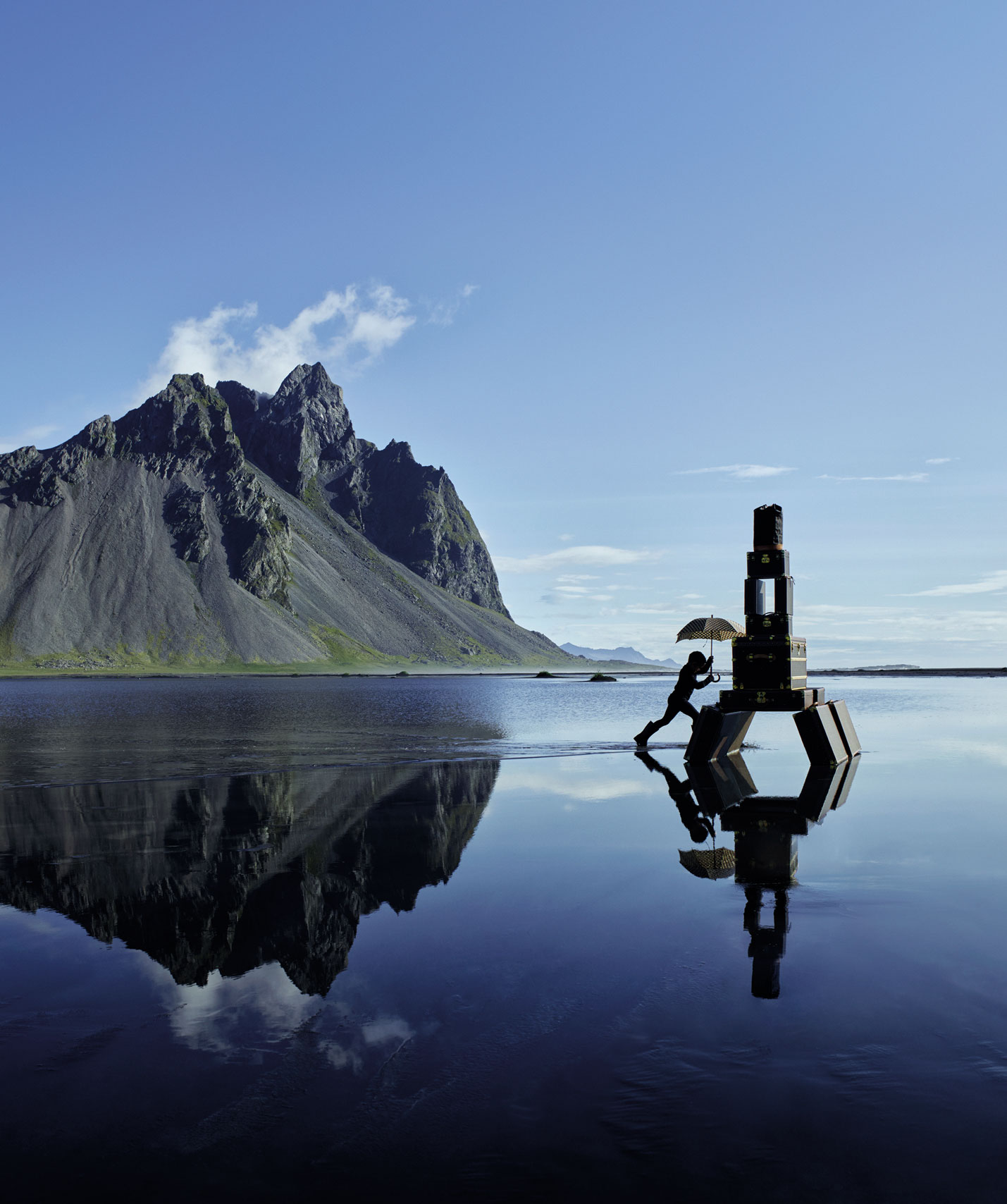 And so it is with Louis Vuitton’s new brand campaign, unofficially titled Imagination Takes Flight.  The grey and black sand beaches, stark glacier lakes, lava caves and imposing peninsulas provide the backdrops to the intense images shot by Dutch photographer and artist Viviane Sassen.  The new world nature of it all is then amplified by the cast of local Icelandic schoolchildren that are shot almost entirely in silhouette, save for the ambient light bouncing off their features to humanise them at the edges. 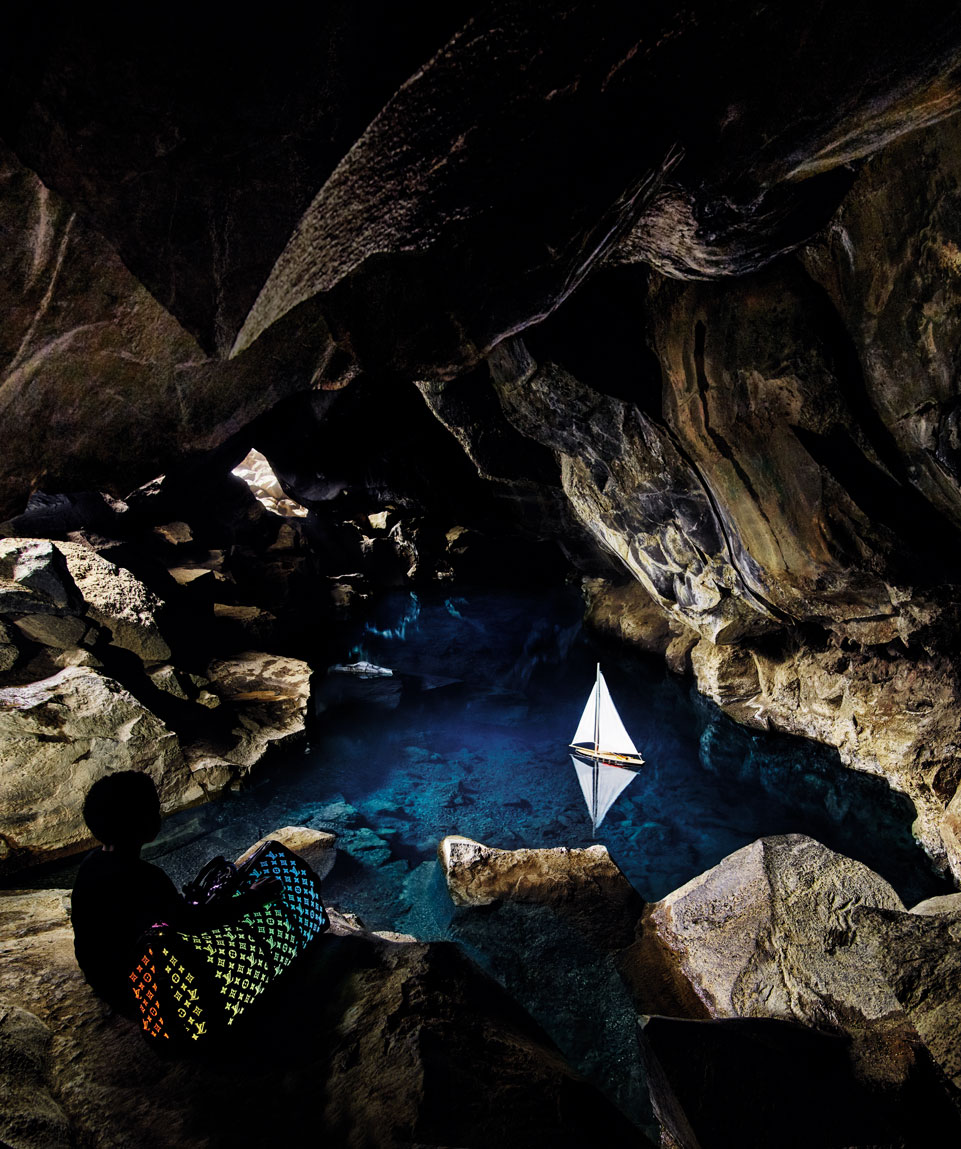 The locations themselves perfectly lend themselves to the themes of travel , destination and escapism embodied in the LV leather travel goods on display for the campaign.  It doesn’t stop there either.  The surrealism is intensified by the child-like figures playfully using hatboxes as tambourines or using luggage and travel cases to build a replica of the Eiffel Tower on near mirror-like expanses of shallow glacial water.  Volcanic rock pools are used as vantage points from to watch toy boats sail while clutching travel bags lit up with the bright colours of the LV logo.  The surrealism goes off the charts with giant keys in the hands of children almost the same size, and alluding to the ornate lock on the large trunk patiently sitting by the side of another steaming volcanic pool. 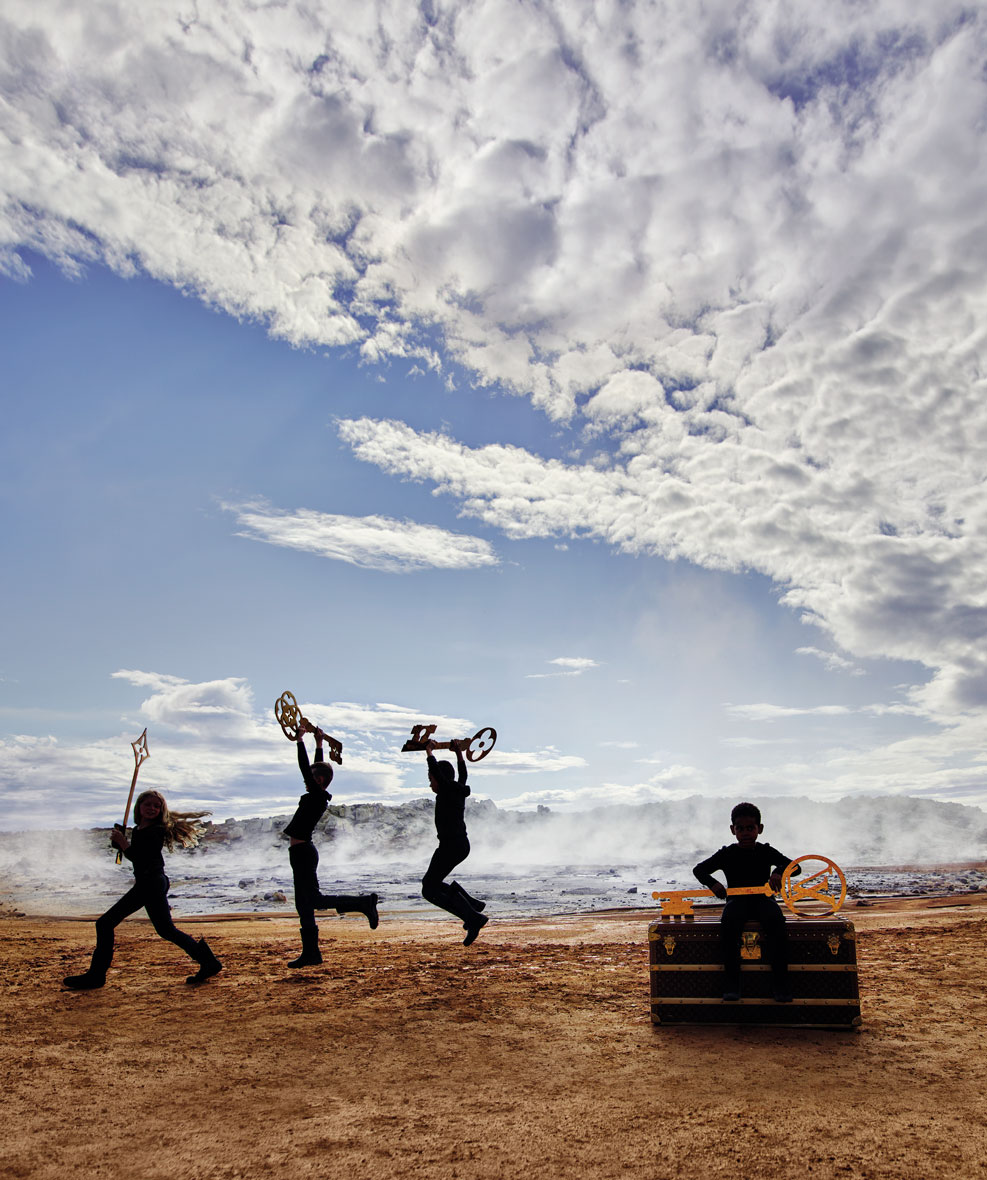 There’s an ethereal quality to the whole campaign that takes Louis Vuitton in a new direction – a proposition that will no doubt be replicated by the buyers of the luxury leather goods featured in this campaign.