We’ve remarked on it here once before but it does bear repeating: Virgil Abloh is a travelling man.  So much so that’s hard to figure out how he finds the time to do any of the things he’s involved in, let alone do them all.  But find the time he does and we are all definitely the better because of it.  Take the Louis Vuitton S/S2021 menswear show that took place yesterday.  Shanghai was the stop on this particular world tour that will also take in Paris and Tokyo before it’s over (China is still a huge market for luxury fashion) and so the show, aptly title Message in a Bottle, was live-streamed to the world via the LV website.  And it was a show worth tuning in for.  Located on the docks, the setting was dressed with massive shipping containers, one stacked on top of the other, reinforcing the sense that we really were watching a (big) travelling, fashionable circus that had come to town.  First to appear were the real-life representations of the animated characters and visuals from the Zoooom With Friends cartoon created by Abloh and his friends that has accompanied this tour from place to place. 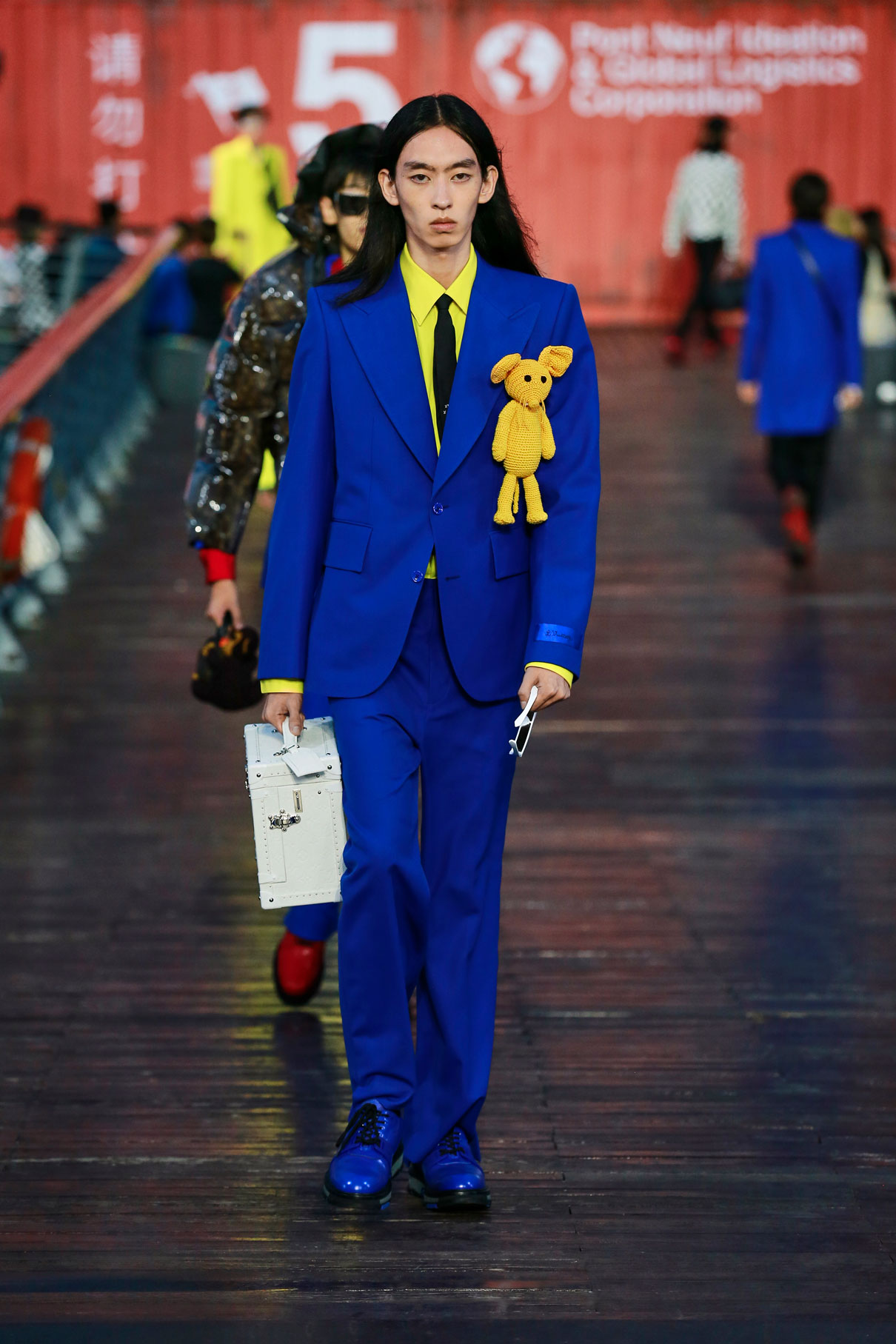 Yesterday’s main event was special for three reasons.  First was the surprise of ex-Fugee Lauryn Hill providing the soundtrack to the entire show via a live set shown on a giant screen embedded into the side of one of the shipping containers.  Second, as one of the only two black men to sit a the creative director’s chair at a major fashion house, Abloh’s commitment to fashion presenting real as opposed to token diversity was reflected in the all-Chinese cast of models throughout the entire show.  No models flown in from abroad in a faux attempt to be palatable for international audiences.  Third, and most importantly, was the collection itself. 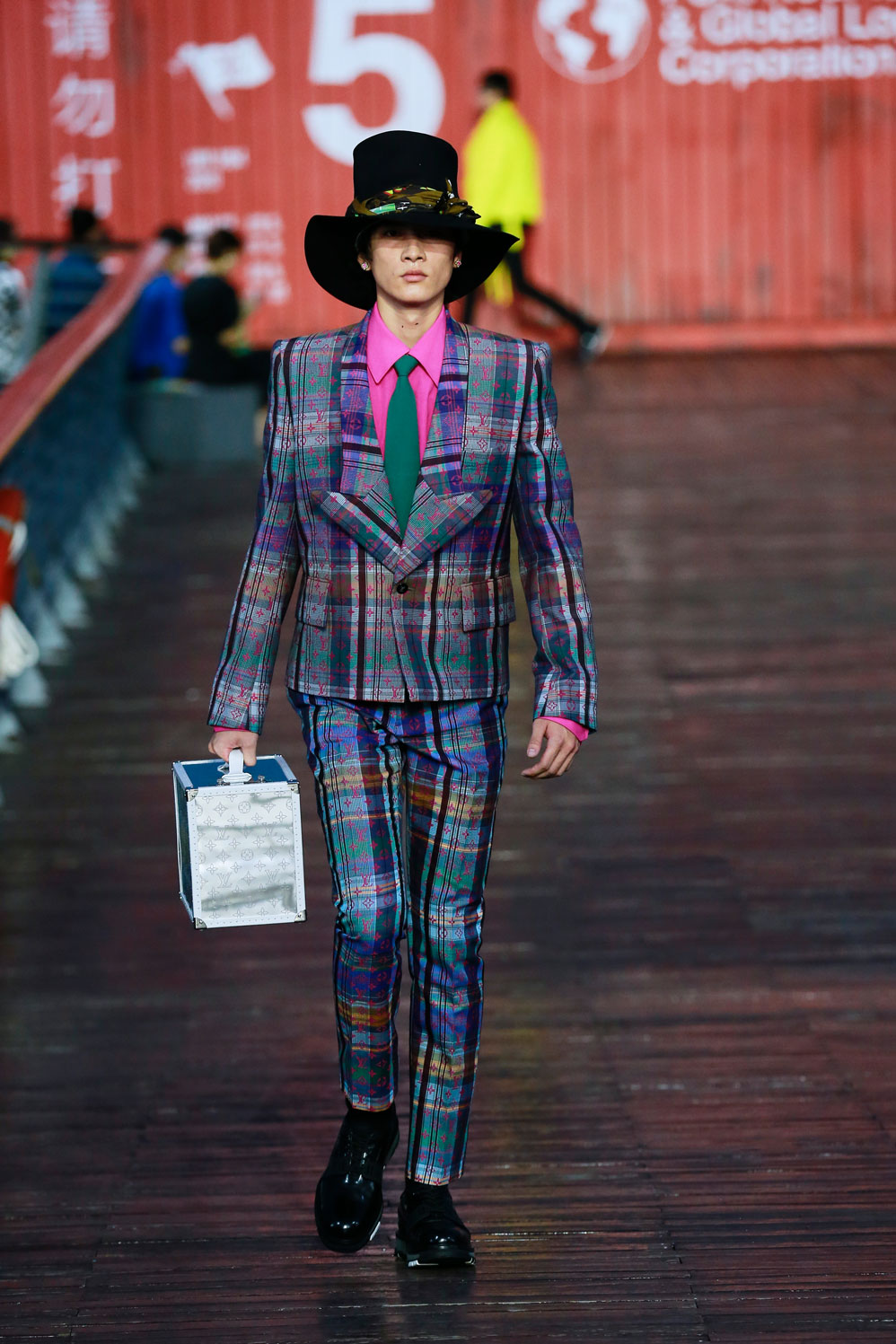 What Abloh has brought to Louis Vuitton’s menswear is a new perspective on the concept of luxury French fashion they have never had before in their history.  So while all the components you would expect to be involved were on full display – exquisite tailoring, premium fabrics and amazing silhouettes – it was the personal interpretations of these design cues that really made the collection come alive.  Multi-coloured suits with upside down lapels turned heads.  Coats and suits completely adorned with the familiar LV logos and symbols looked almost like graphic cut-outs super-imposed onto the backgrounds.  And bright, iridescent and unusual colour combinations let you know this winter isn’t for hiding or blending into the scenery for Louis Vuitton men when the seasons change. 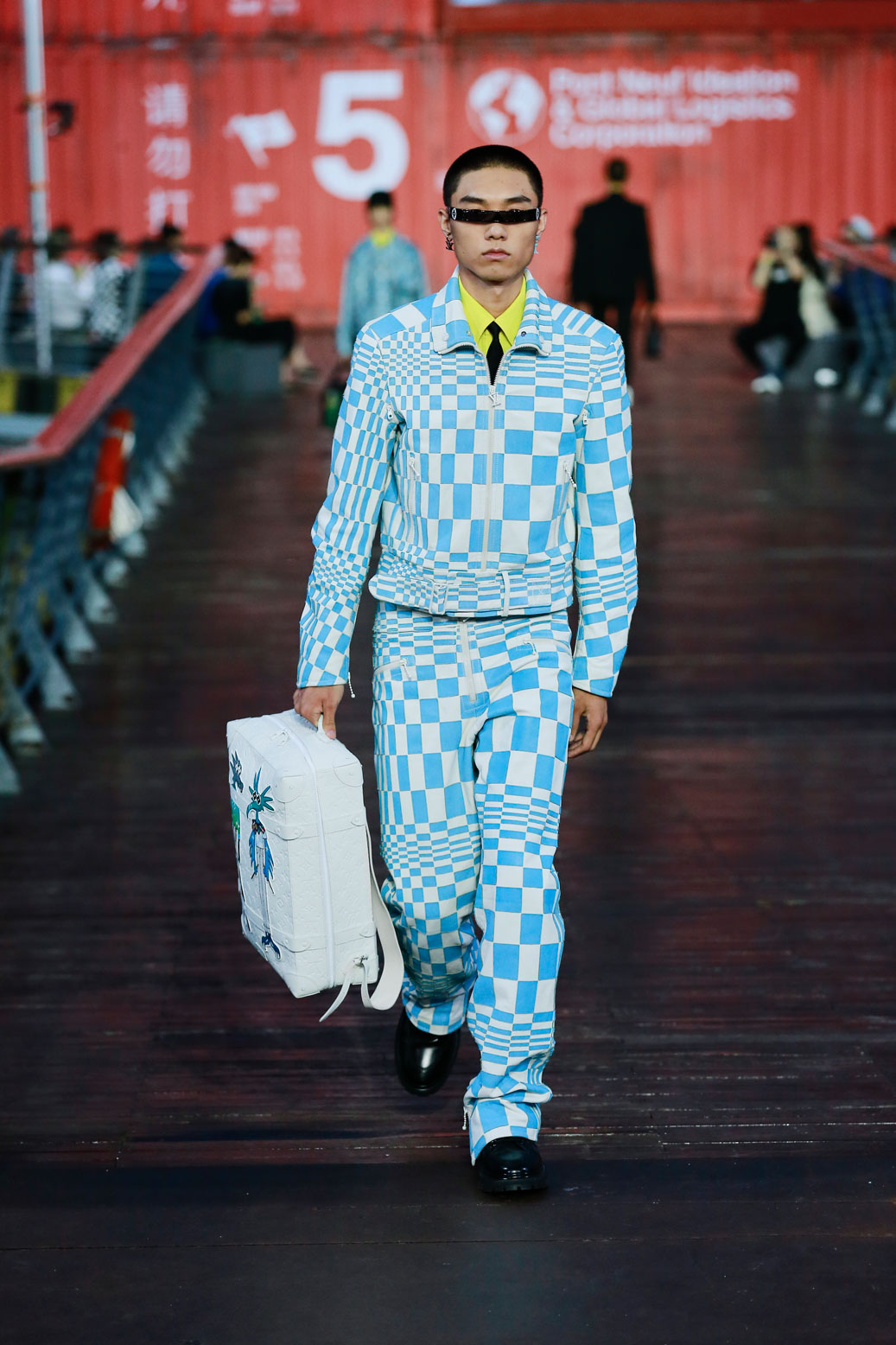 Everywhere you looked there was something new and exciting to consider.  And there was so much to consider, most of which defies adequate description.  Indeed, it would be doing the collection a real disservice to try and verbally describe what can only be really appreciated visually.  Each individual look tells it’s own story but may look ‘out of place’ when taken in isolation.  It’s only when you take a few steps back to widen the aperture does the over-arching narrative start to resolve and come into focus.  Given that the production design and scale of this world tour could rival anything Madonna put on in her heyday, it’s easy to see why Louis Vuitton have gone all in on Virgil Abloh re-designing the future of their men’s fashion business.  After all, who was it who said, “a picture is worth a thousand words”? 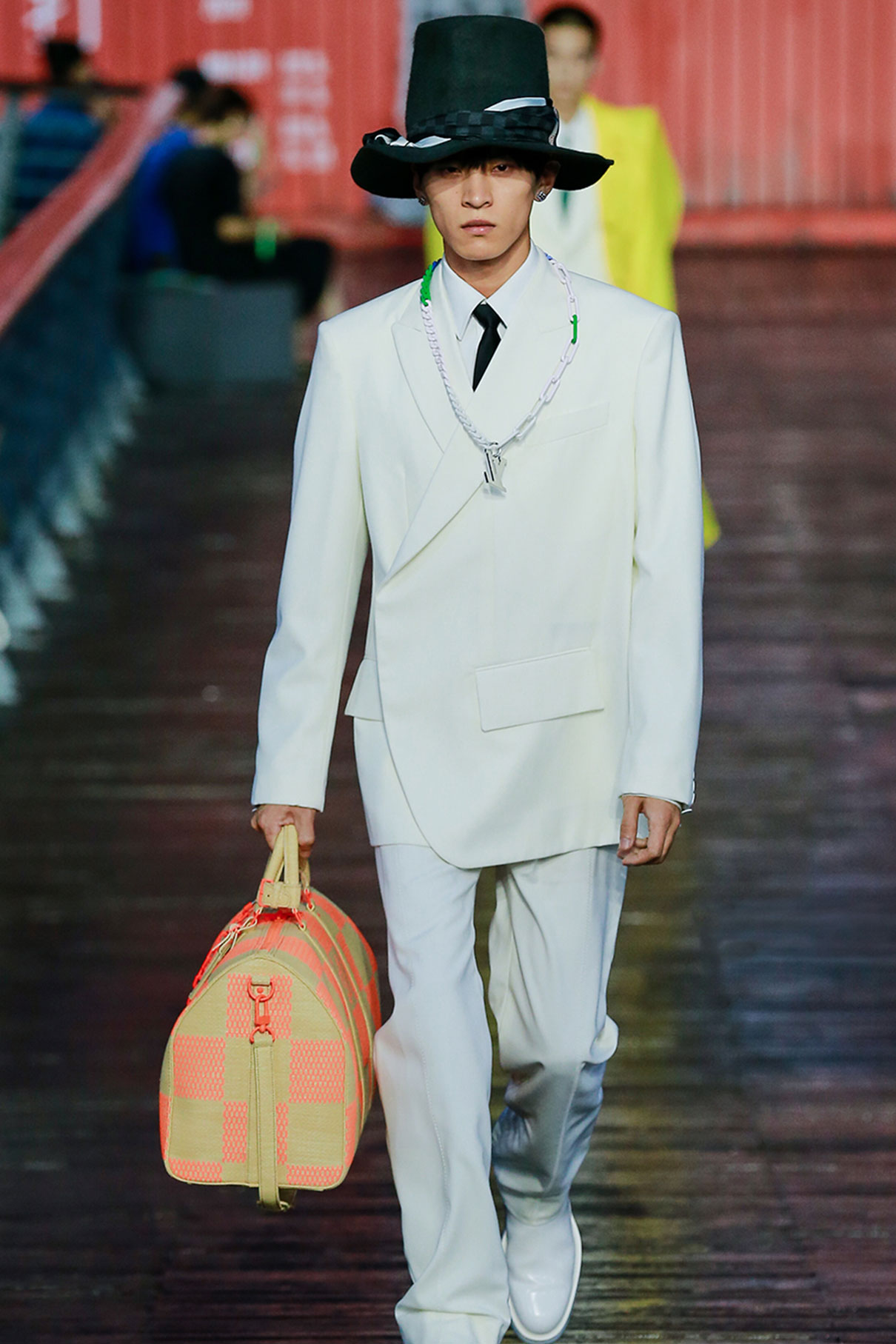 See more from the Louis Vuitton – Men’s 2021 collection by following us on Instagram today.