After he passing of Virgil, it took a village to bring the new collection together for PFW

In his short time in the creative director’s chair, Virgil Abloh’s force of personality and artistic dedication quickly became the gravity around which most things began to orbit at the famous French House.  It’s a testament to the size of the hole he left behind that it took the combined talents of five world leading creatives – plus a performance from superstar recording artist Rosalia – to bring together the new Louis Vuitton men’s AW23 show and collection for Paris Fashion Week. 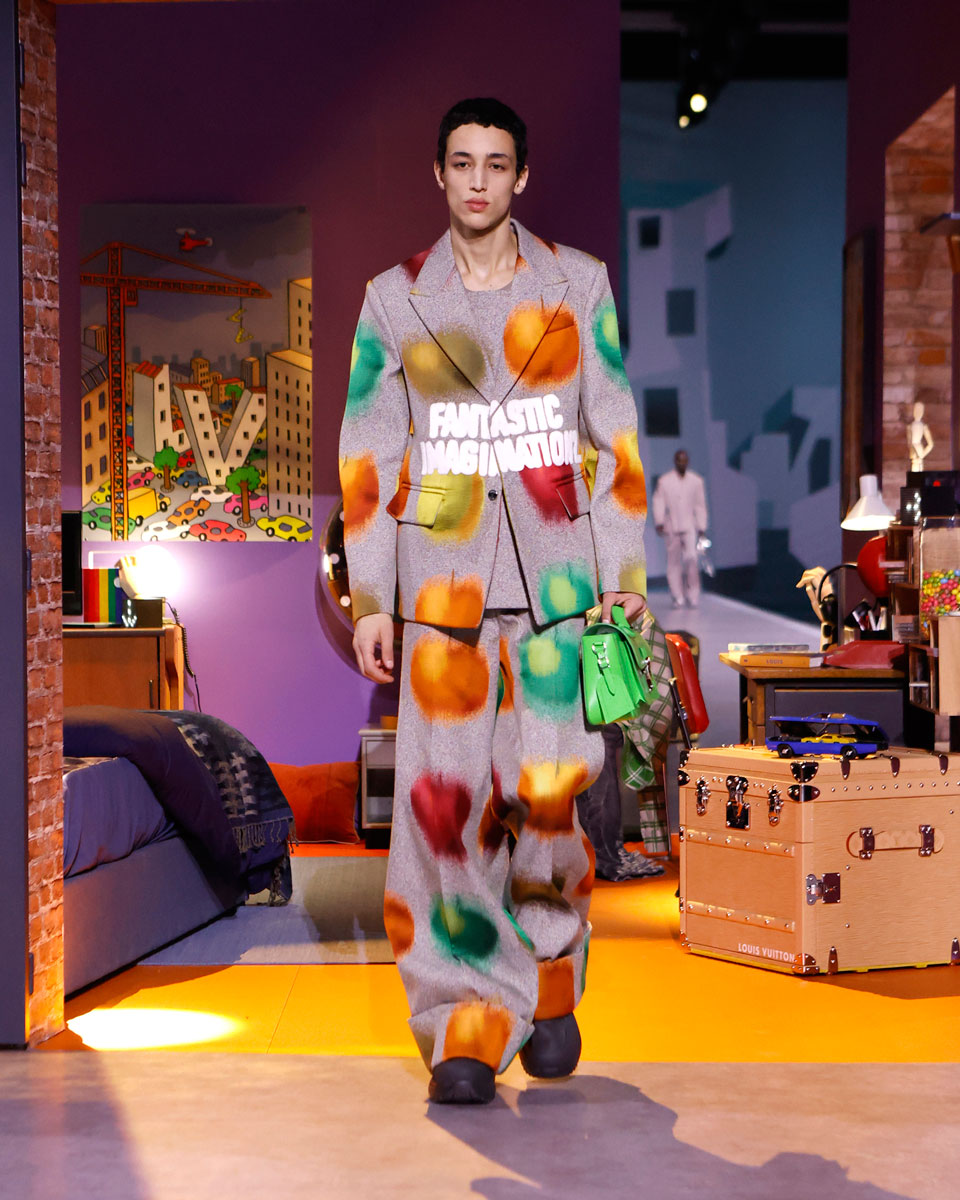 The themes explored in the show dealt with conceptual ideas of a child growing into a man, and men embracing the infinite possibilities of their inner child.  The opening short film by directors Michel and Olivier Gondry set this tone imaginatively.  The concept and creative design by Colm Dillane and Lina Kutsovskaya respectively built on it, with the show space itself featuring mock-ups of rooms in a childhood home. 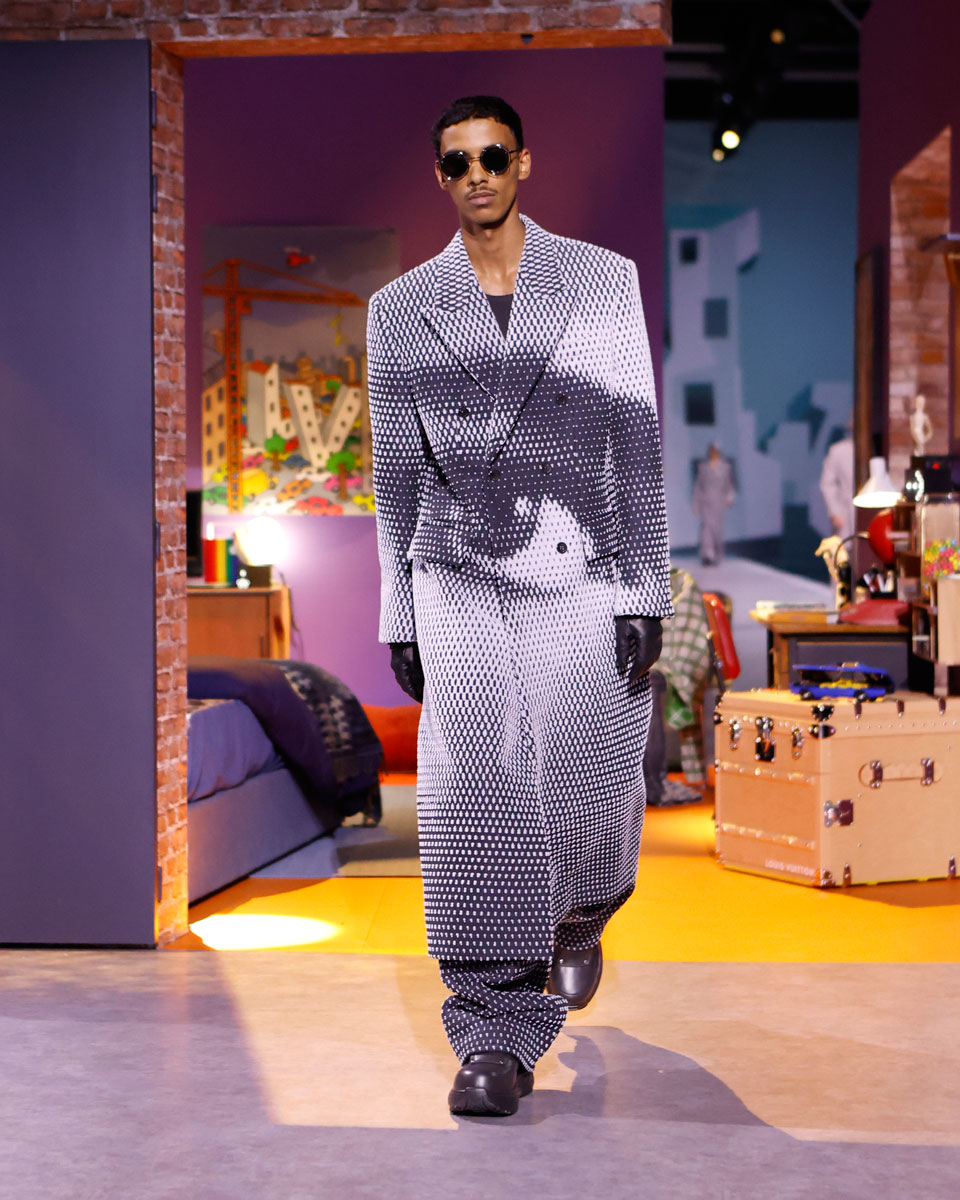 The on-point styling of Abloh’s long-time collaborator Ibrahim Kamara sealed the deal.  Throughout the new collection there were subtle nods and references to Alboh and the black culture he had begun to infuse into the brand.  ‘Fantastic Imagination?’ slogans across multicoloured jackets and coats were sure to have made the big man smile.  The giant Ben Day dot eye graphic prints that peered out at us from the coats and jackets surely signalled he was watching over all. 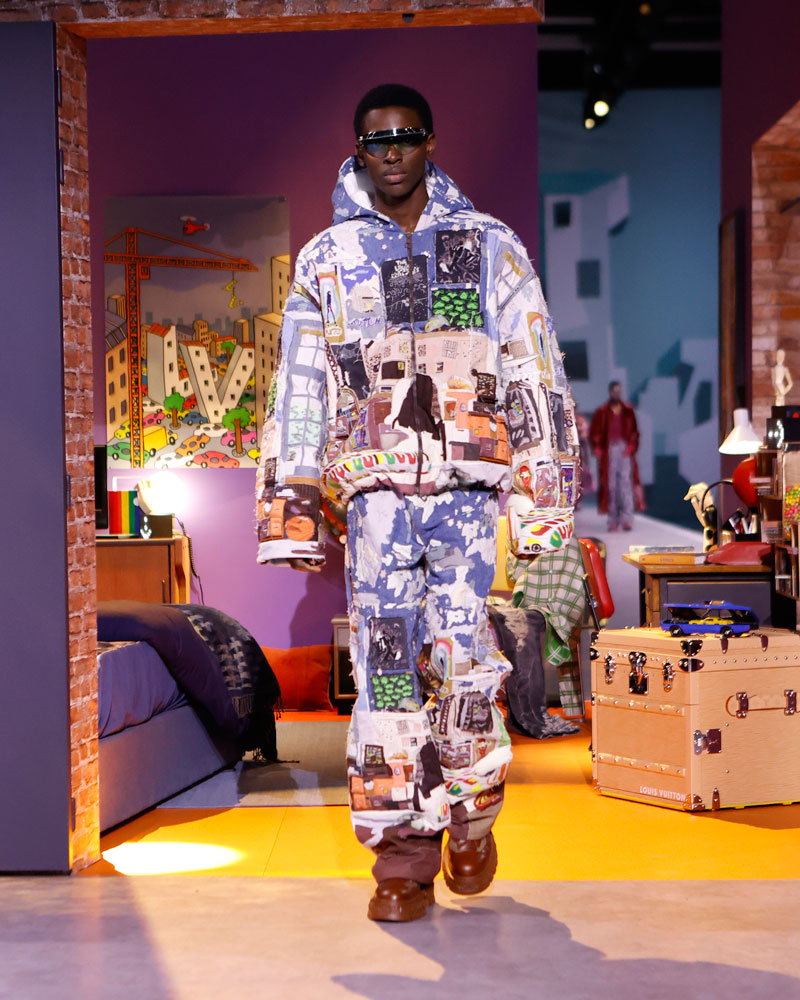 Painted figures and impressionistic facial visages adorned multicoloured suits and camo coats and jackets.  The proportions were ‘loud’.  The trousers were wide and with turn-ups inches thick.  Sometimes the colours came to us like psychedelic abstract paintings.  At other times it was sober tone-on-tone.  Occasionally it was a solid colour block from head to toe.  It was playful, experimental, clashing, contrasting and complementary all at the same time.  It felt like the freedom of a confident child set loose to truly express himself. 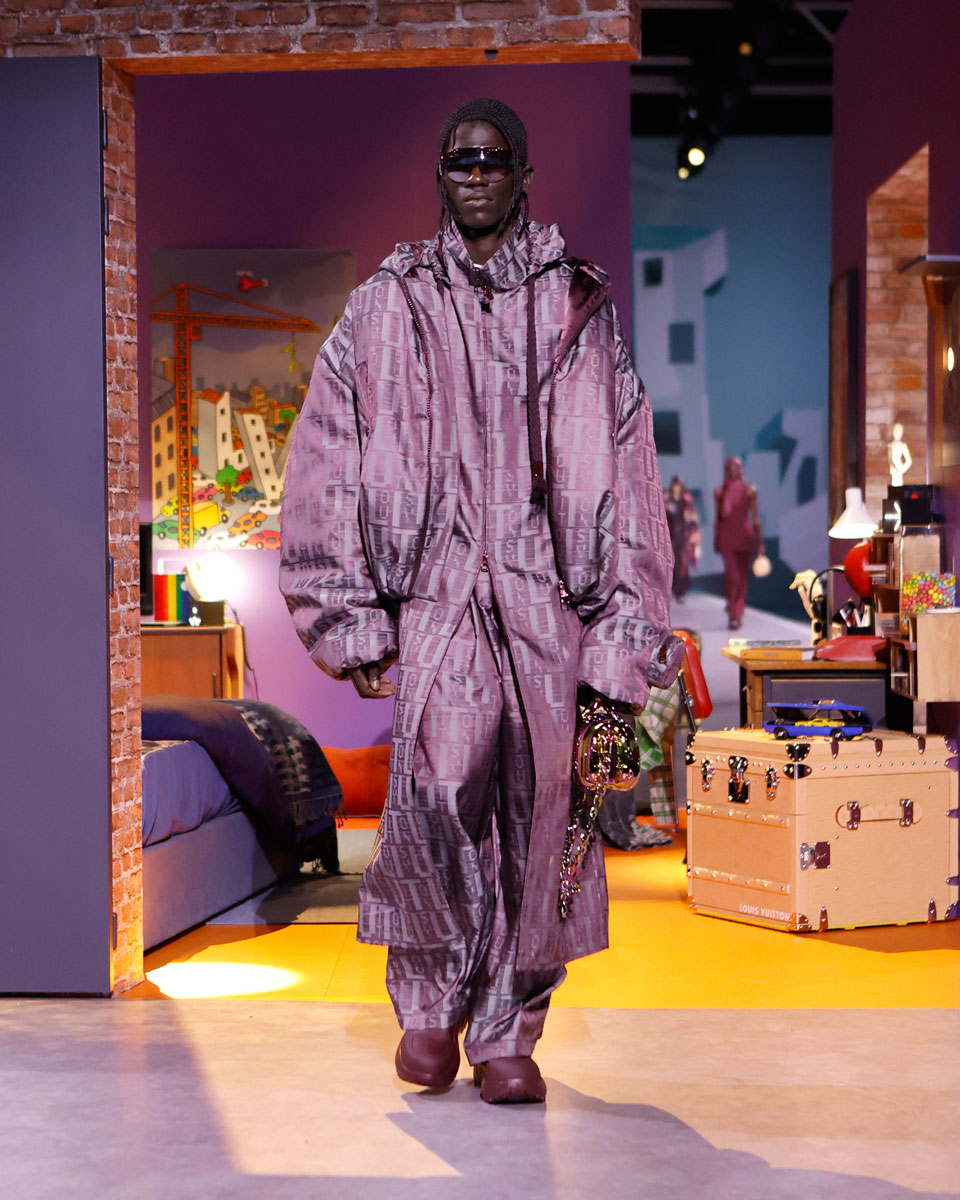 Freedom of expression was the point of Louis Vuitton’s new collection.  And with it came excitement and anticipation tinged with a little sorrow.  Where it might all lead to next is the journey we’re now waiting to take.  ‘Blurry Vision of a Bright Future’ read one of the slogans.  Given what we witnessed here, who wouldn’t be there waiting for it to come into thrilling sharp focus? 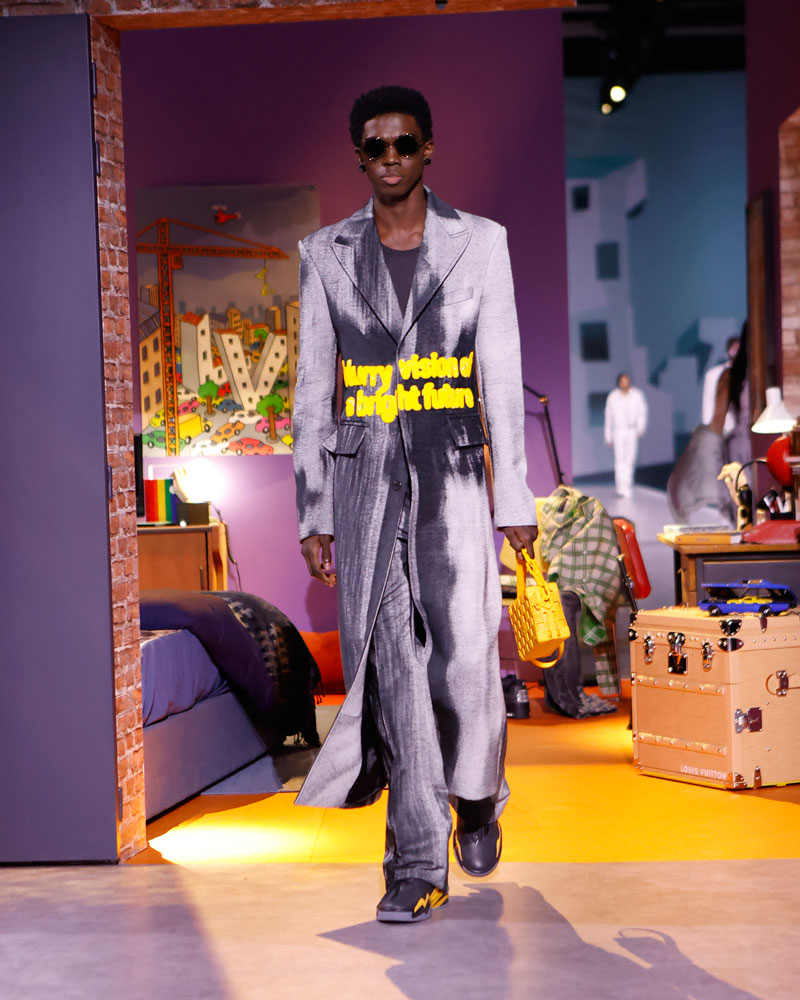