With their new Louis Vuitton Campaign S/S2021, the iconic French fashion house continues to embark on their journey of gender-bending style and inspiration.  In a spirit of freedom and boldness, the fashion house recently unveiled its Spring-Summer 2021 campaign shot by womenswear creative director Nicolas Ghesquière. Following the A/W2020 campaign, Ghesquiére embraced and relished his new role as campaign photographer, and invited a new host of personalities to represent the true essence of his new vision. 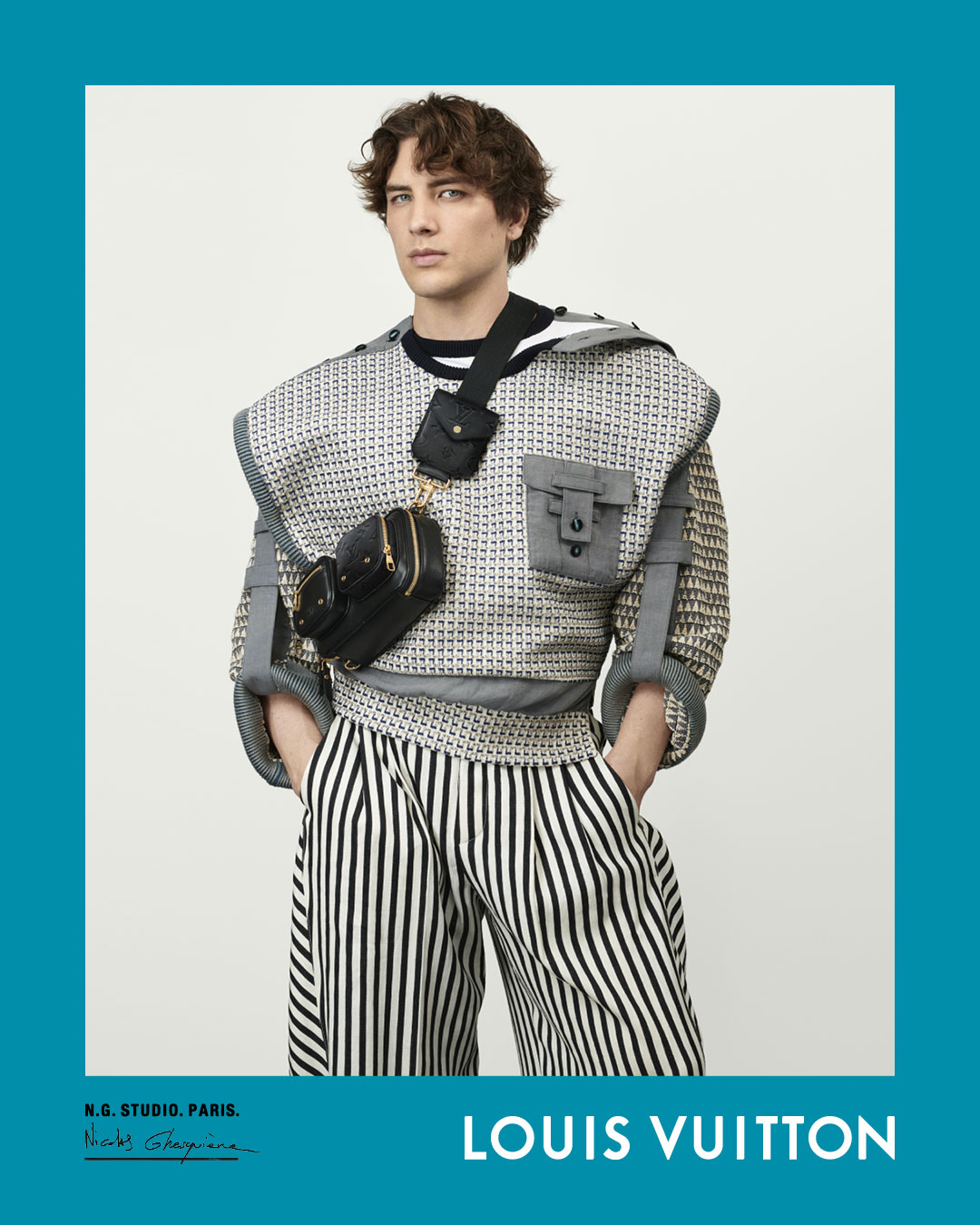 I thought it would be interesting to extend my work to photography, to follow through to the end of the creative process and give the collection its final punctuation.  I liked discovering new connections with people I knew already. I also wanted to bring unity to different aspects of the House, a circular vision of what happens here. For me, moving into photography came from a desire to reflect the feeling we share when we’re working on a collection – Nicolas Ghesquière, Louis Vuitton 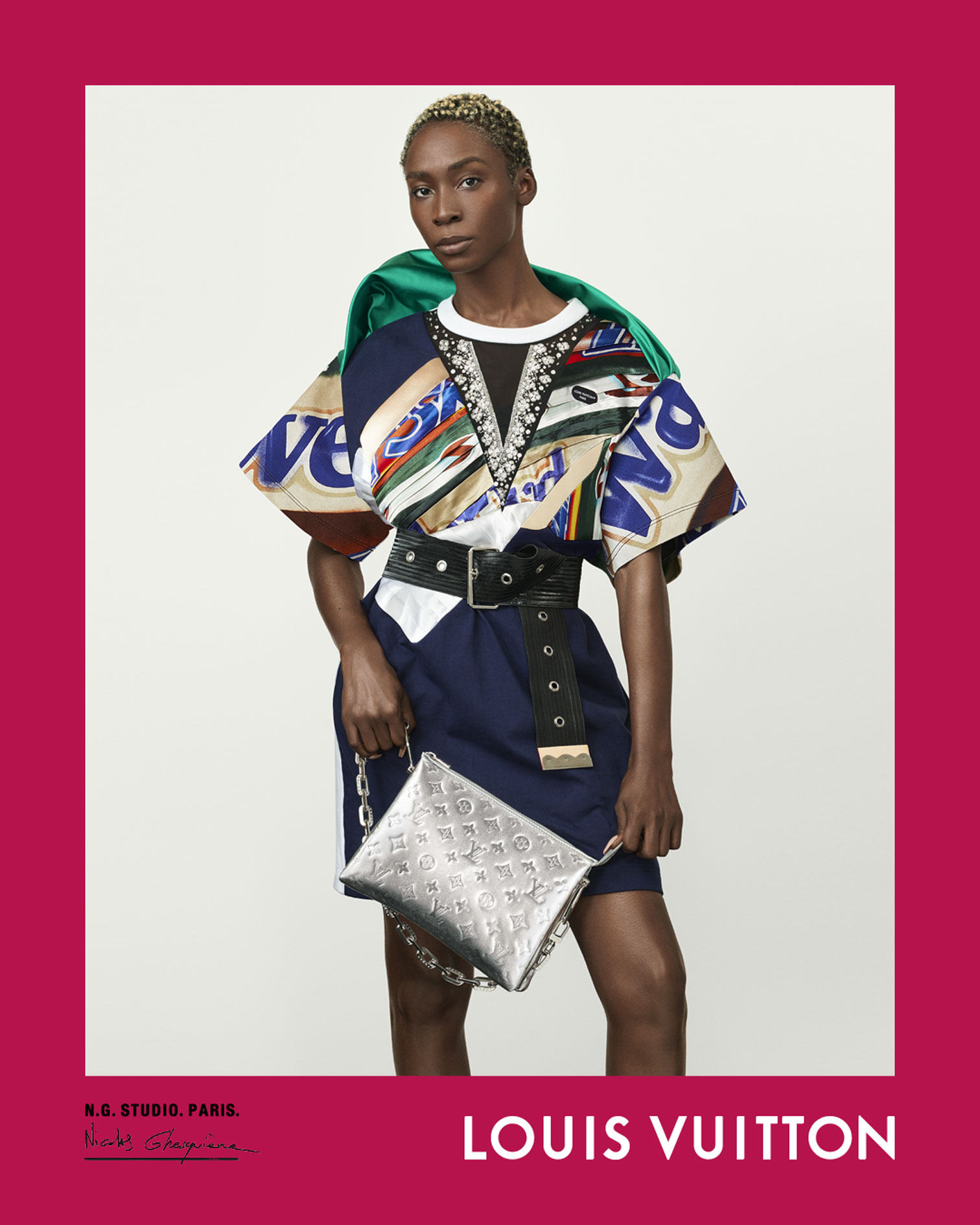 From athletes and models to actors and musicians, it became a ‘who’s who’ showcase of Louis Vuitton ambassadors.  Grammy Award-nominated singing duo Halle and Chloé Bailey, Oscar-winning actresses Jennifer Connelly and Emma Stone, tennis champion Naomi Osaka, as well as Sophie Turner, Cody Fern, Laura Harrier, Carolyn Murphy and Jaden Smith, to name but a few, are shot for this season’s vibrant portraits. 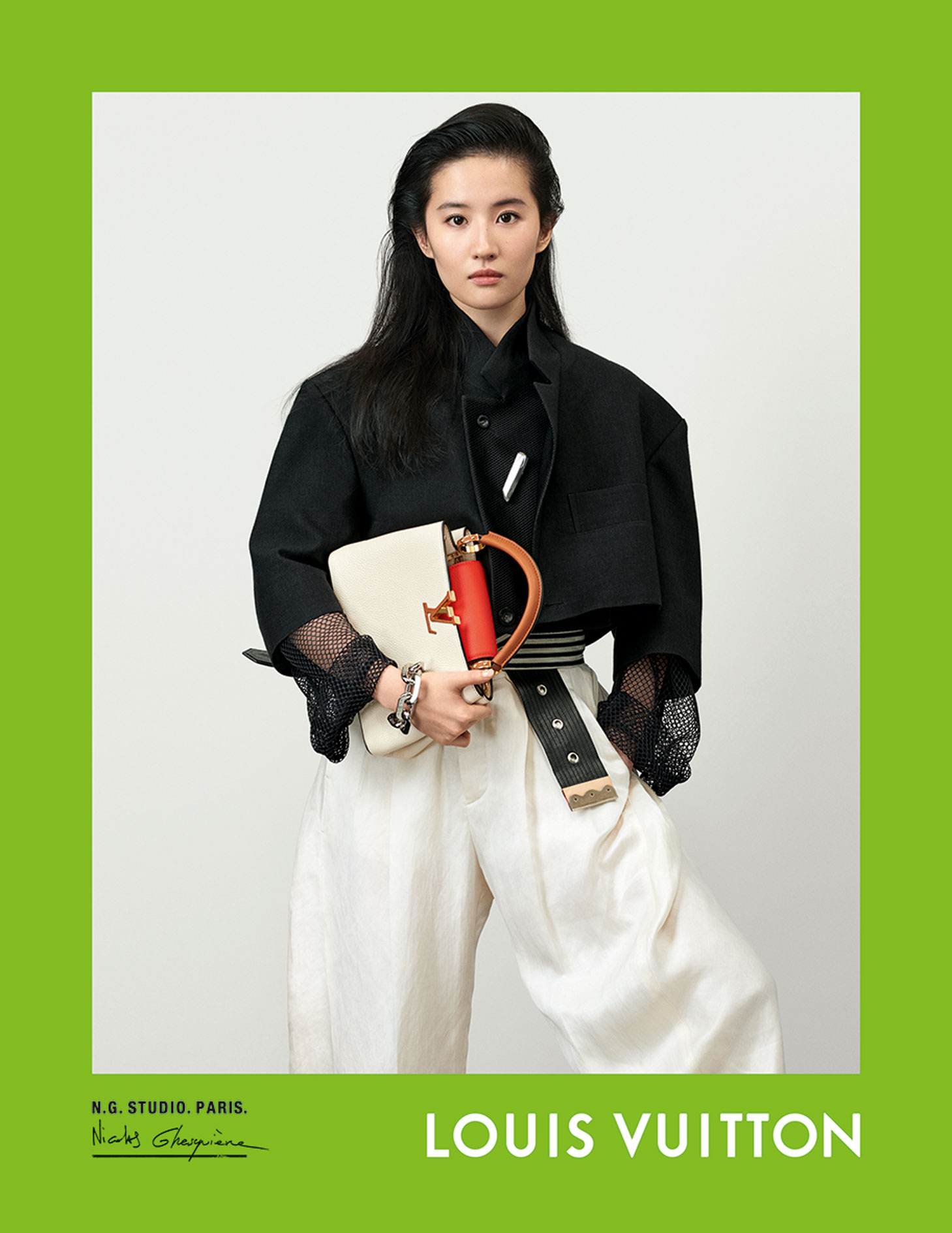 These talents are armed with the latest leather bags from the S/S2021 collection – the Coussin and the Rendez-vous.  Worn in a variety of ways, these bags of multiple compartments challenge the boundaries of both style and gender.  The Coussin’s suppleness and look are embodied by Jaden Smith, Jennifer Connelly, Sophie Turner and Angelica Ross.  The refined Rendez-vous is shown off to perfection by Emma Stone, Halle and Chloé Bailey and Laura Harrier.  Louis Vuitton’s leather icons, such as the Capucines and the Twist, are worn by the actress Liu Yifei and the model Carolyn Murphy.  For anyone who wanted a taste of the celebrity lifestyle, the new Louis Vuitton campaign is a window onto a new world.

Click here to read our last feature on Louis Vuitton.