This season, London Fashion Week S/S2022 became a beacon of hope for the city’s post-pandemic recovery.  Finishing last night with the British Fashion Council’s Changemakers Prize, the event’s renewed physical presence re-awakened the British cultural landscape.  As opening night kicked-off, it became clear that LFW and the city itself was undergoing a metamorphosis.  Masks were present and testing routines in place, but, for the first time in 18-months, in-person parties returned.  Presentations were scheduled for both digital and physical mediums.  Attendees were pictured side-by-side and arm-in-arm.  While the physicality proved ecstatic for many, those suffering from the pandemic’s psychological after-effects found solace in virtual attendance.  130 designers and organisations presented a total of 160 activations over the event’s five-day schedule.  Over half of the week’s activations took place online, as the BFC’s Pledge to Net Zero and commitment to global accessibility emboldened a hybrid approach. 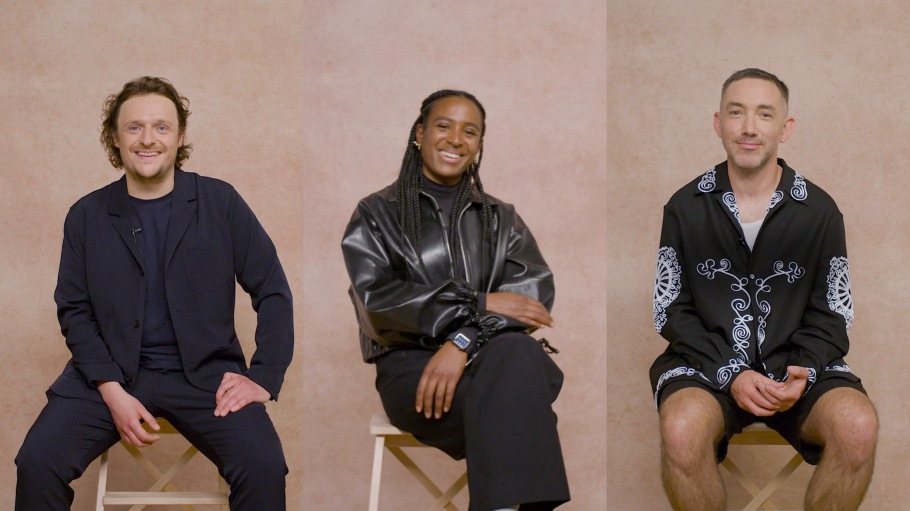 Digital/physical activations explored fashion’s new frontier as mixed and dual realities emerged as the leading way of life in 2021. London Fashion Week 2021 was an evolution, not a “reset”. The event’s partnership with FinTech giant Clearpay, only worked to emphasise the BFC’s commitment to innovation. The immediacy of the company’s ‘buy now, pay later’ model was employed by LFW’s Clearpay Collective to create virtual front row experiences and a ‘see it, want it, buy it’ feature for pieces on display.  Through such innovative strategies, LFW helped British designers to thrive on an international stage.

Our highlights of the week range from public school traditions and Edwardian silhouettes to evolved club culture shapes and sleep paralysis inspirations, with each look allied with the next through a shared spirit of contemporary resilience and daring optimism. 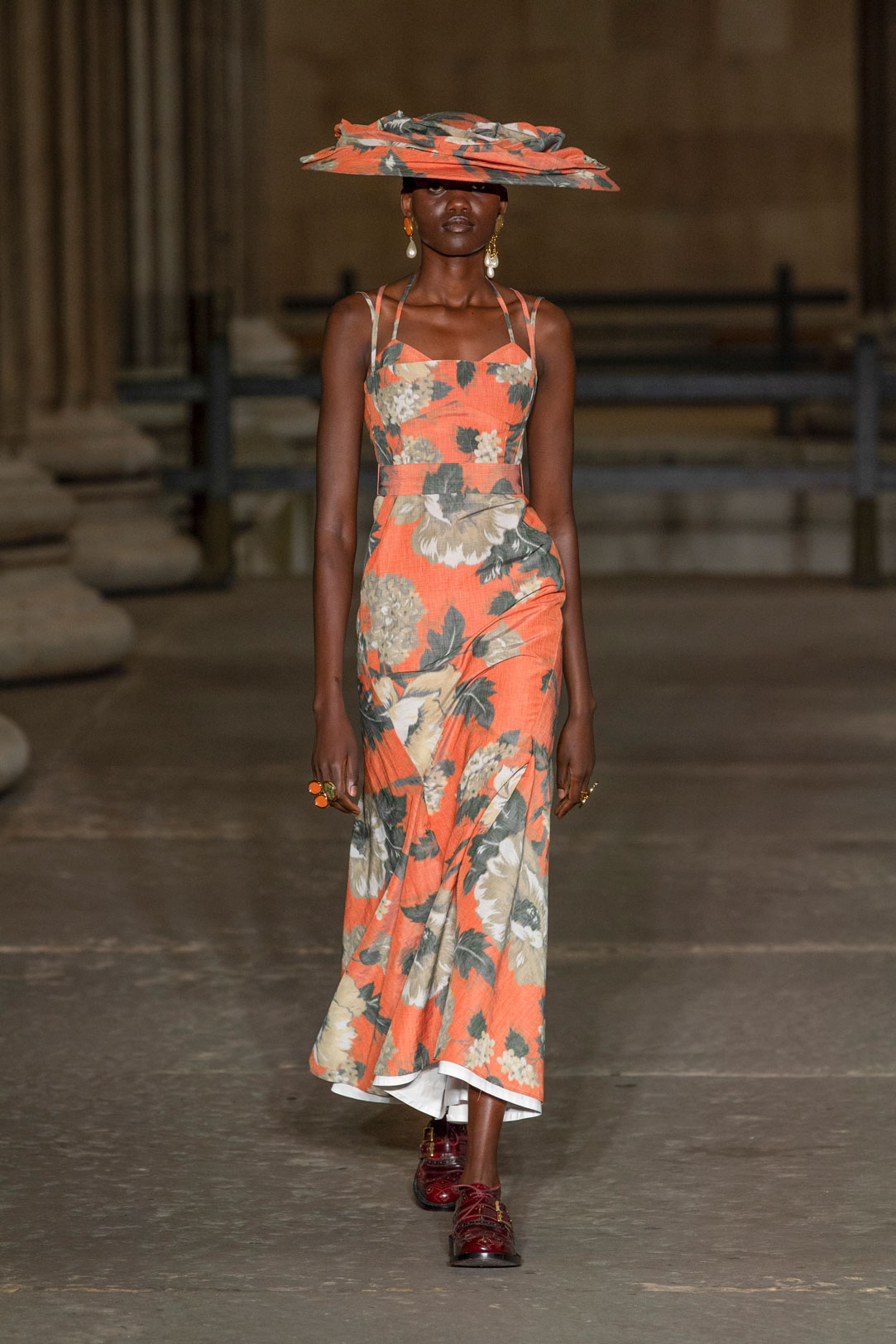 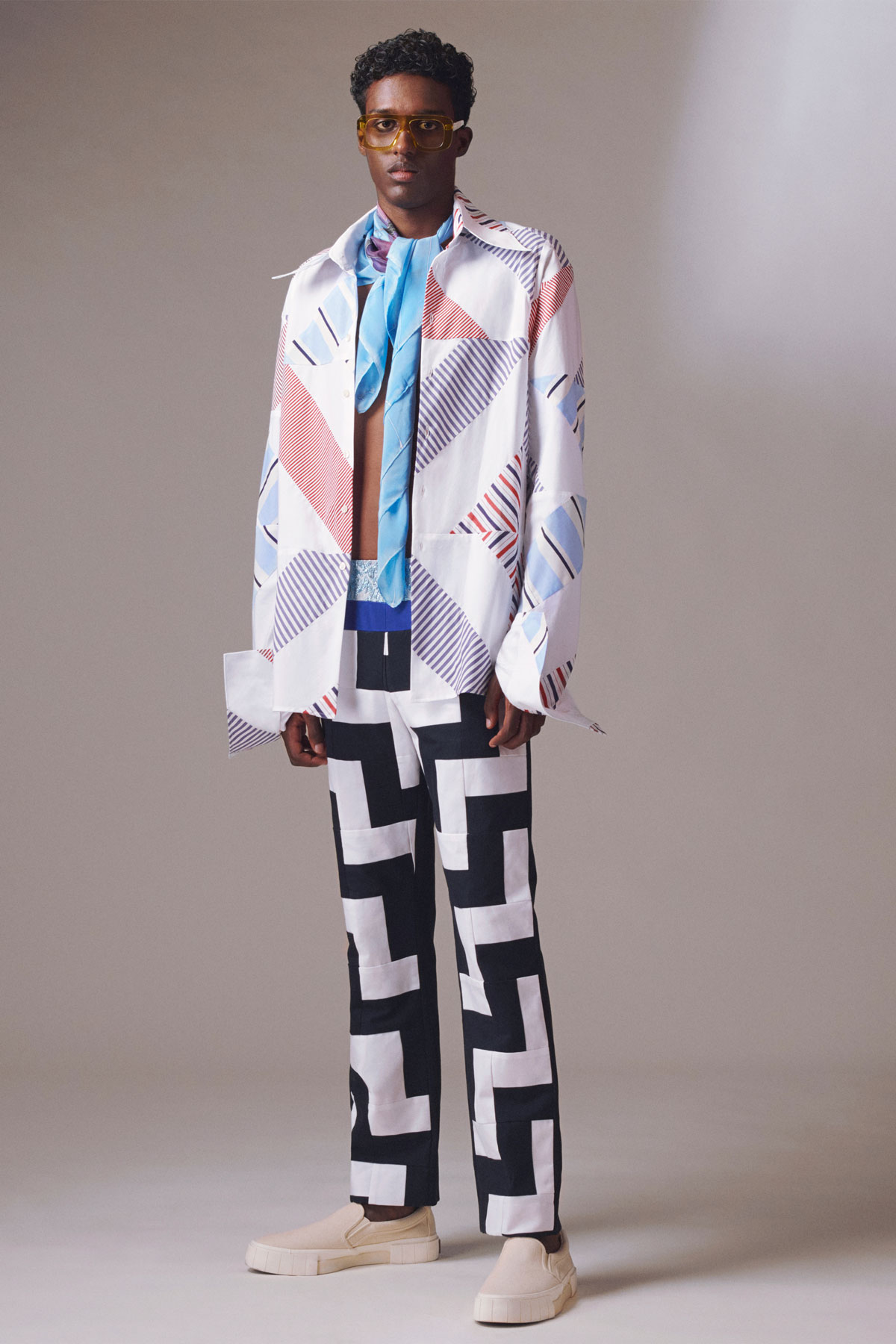 Addressing the challenge of bringing a lockdown creation to an emerging post-pandemic world, Nicholas Palmer asked, “What will happen to all our treasures?”  N Palmer’s sophomore collection focused on the uninhibited maximalist joy of upcycling in the midst of materialism. “Dazzle” WWII naval camouflage clashes with a dress shirt formed of vintage t-shirt transfers, in a collection that employs solely vintage and deadstock materials to form rapturous hotpants and silk wrap tops. 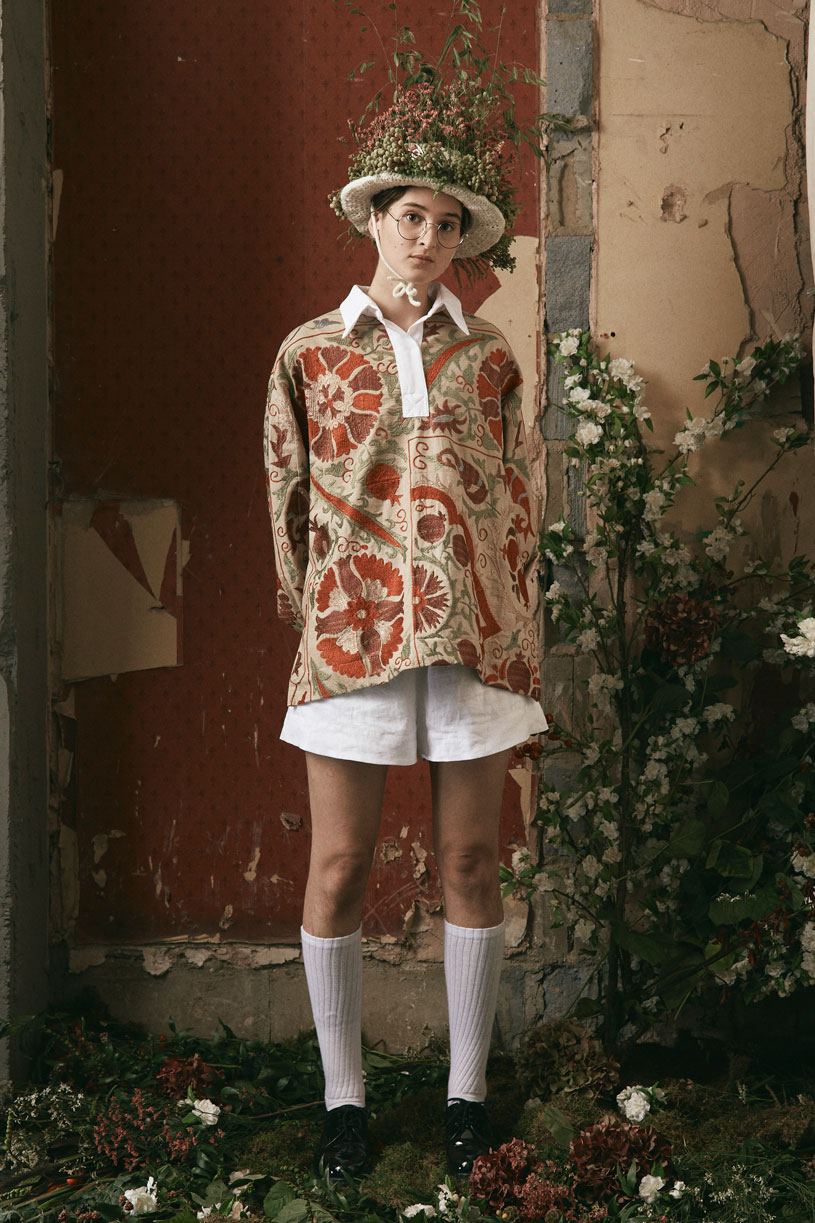 Working in collaboration with National Youth Theatre artistic director Paul Roseby and a cast of current company members, Daley’s London debut contextualised his designs in a series of heart wrenching and euphoric coming-of-age vignettes inspired by the cast’s own experiences across private and state schooling.  Daley’s delicately crafted class-agitations –  drawn from his working-class view of traditional public school apparel – unpicked the iron-clad seams of the masculine: rugby silhouettes were softened with ornate curtain fabric and straw hats were crowned with wild flowers referencing an old Etonian June tradition. 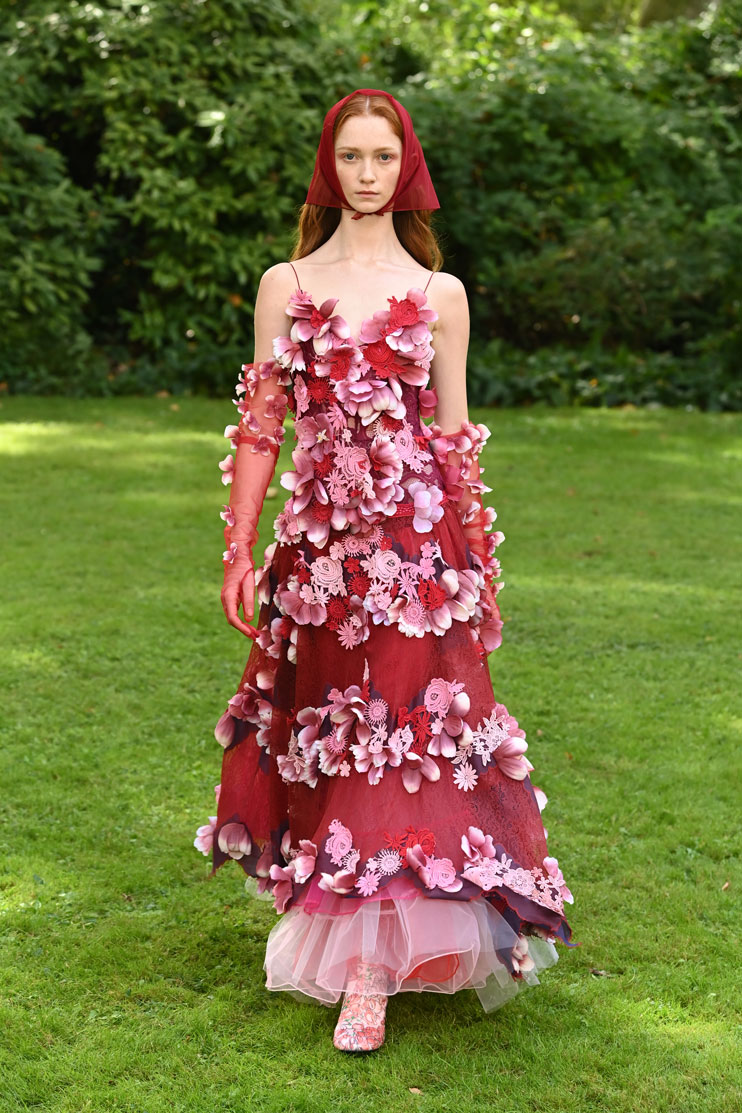 ‘If people do not notice you, you might as well not exist,’ said Mathilde Willink –  Bora Aksu’s muse for an arresting and exuberant display of maximalist 18th century tailoring and technicolour tulle and taffeta.  From inspiration to design and presentation, Aksu encouraged an irresistible joie de vivre that balanced Willink and Aksu’s shared impulses across formal, casual and workwear alike.  In a collection that grounded itself with moments of cropped jackets and structured tailoring, the delicate became otherworldly. 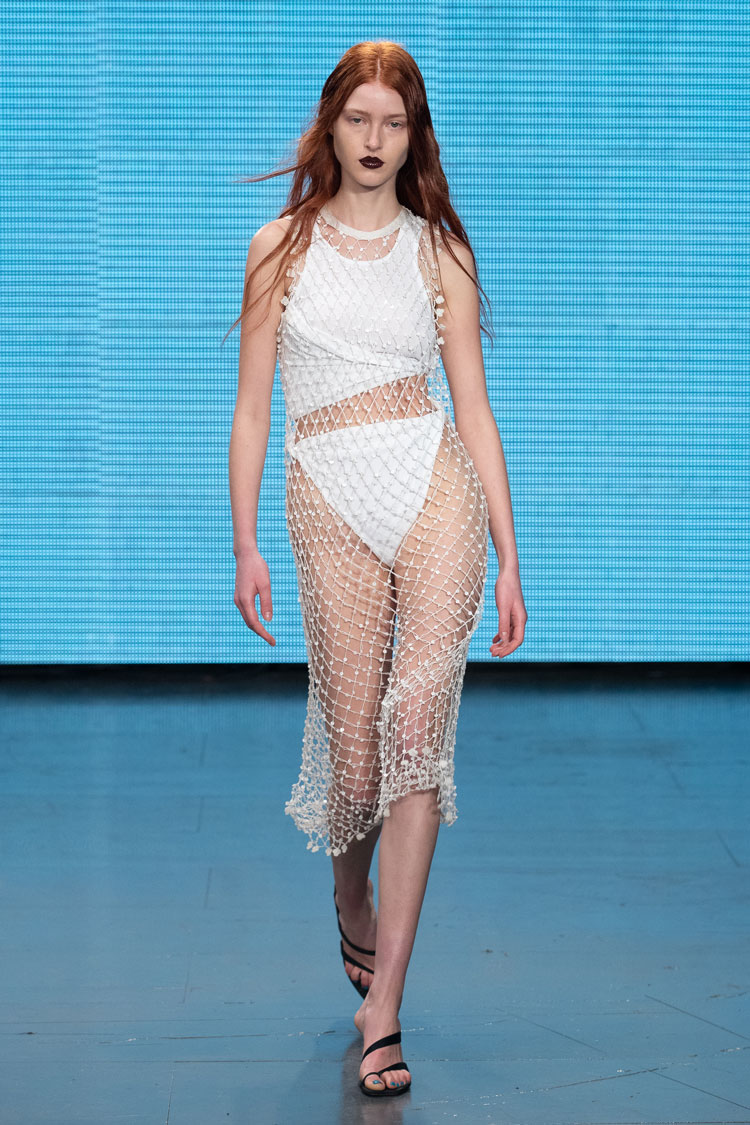 Evolving the brand’s signature 90s and 2000s inflected shapes, Lele’s collection was a triumph marked by ingenious cut outs that celebrated the sensuality of the body.  The classic men’s tank top that inspired the collection was reimagined throughout: once as a sheer cherry-red asymmetrical top purposefully bunched in a manner that recalls the DIY safety pins of the 70s punk scene.  Then again, in a hand tied high-rise pant and crop top co-ord in a classic white ribbed jersey with a sequin-adorned overlay in the form of an embroidered wide mesh sleeveless dress.  Lele’s work is revolutionary, as her all-female studio team focus on creating avant-garde fashion focused on fit, comfort and a silhouette accessible for the ever changing female body. 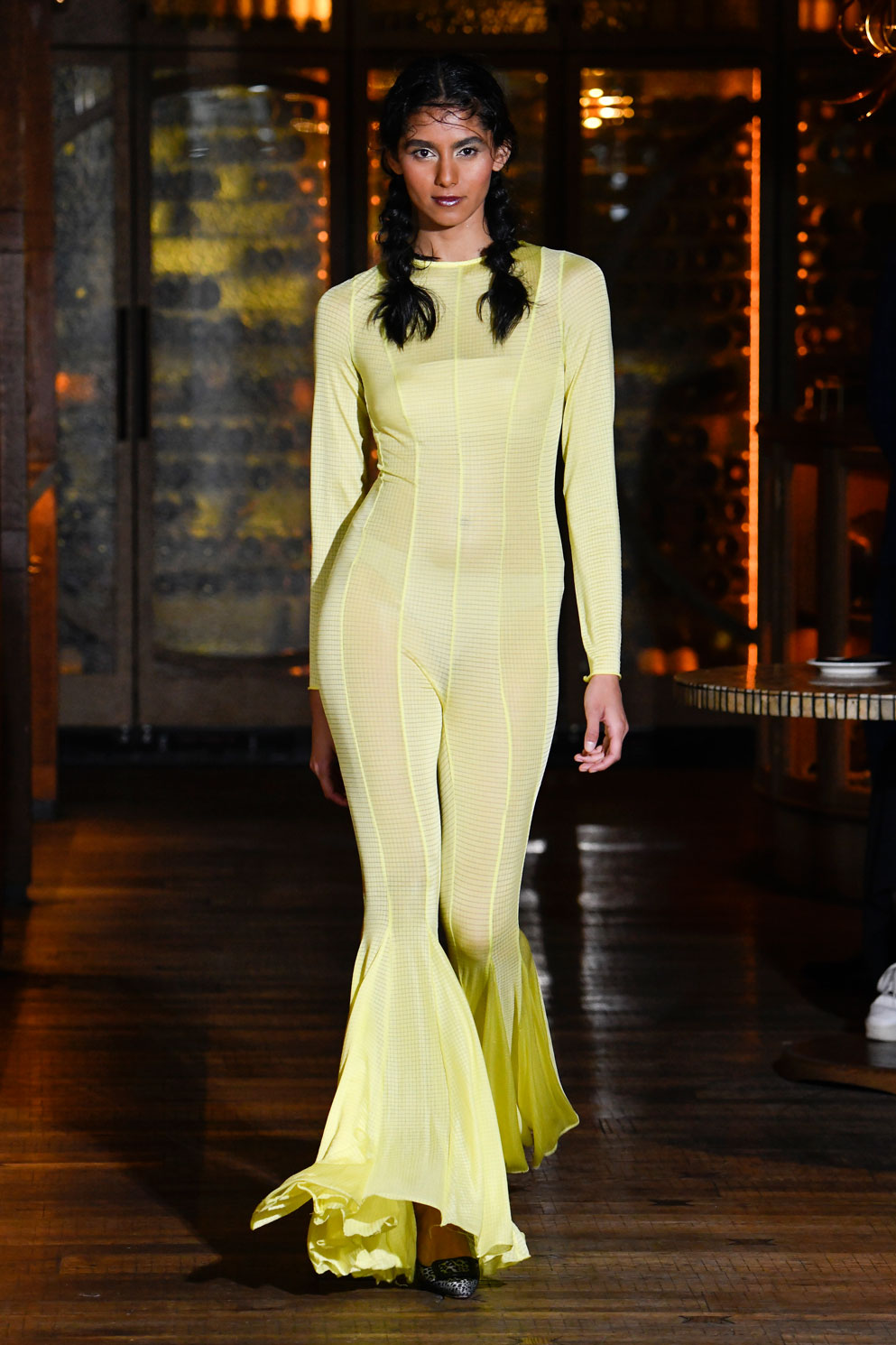 Osman’s message of eco-revolution was one of the most effective political statements of the week.  As a designer, Osman Yousefzada grappled with what he characterises as “the prospect of making a new collection just because it’s expected of me”.  What Happened to Last Season’s Clothes? questioned the current return to the cultural and societal norms inherently linked to a worsening climate.  Fifteen looks showcased the versatility of TENCEL™ Luxe, a biodegradable sustainable alternative to silk.  Sheer catsuits featured alongside bishop sleeves, cascading ruffles, TENCEL™ Luxe taffeta and striking tailoring.  An exquisite collection that proved innovation and environmentalism are great bedfellows in the right hands, not enemies. 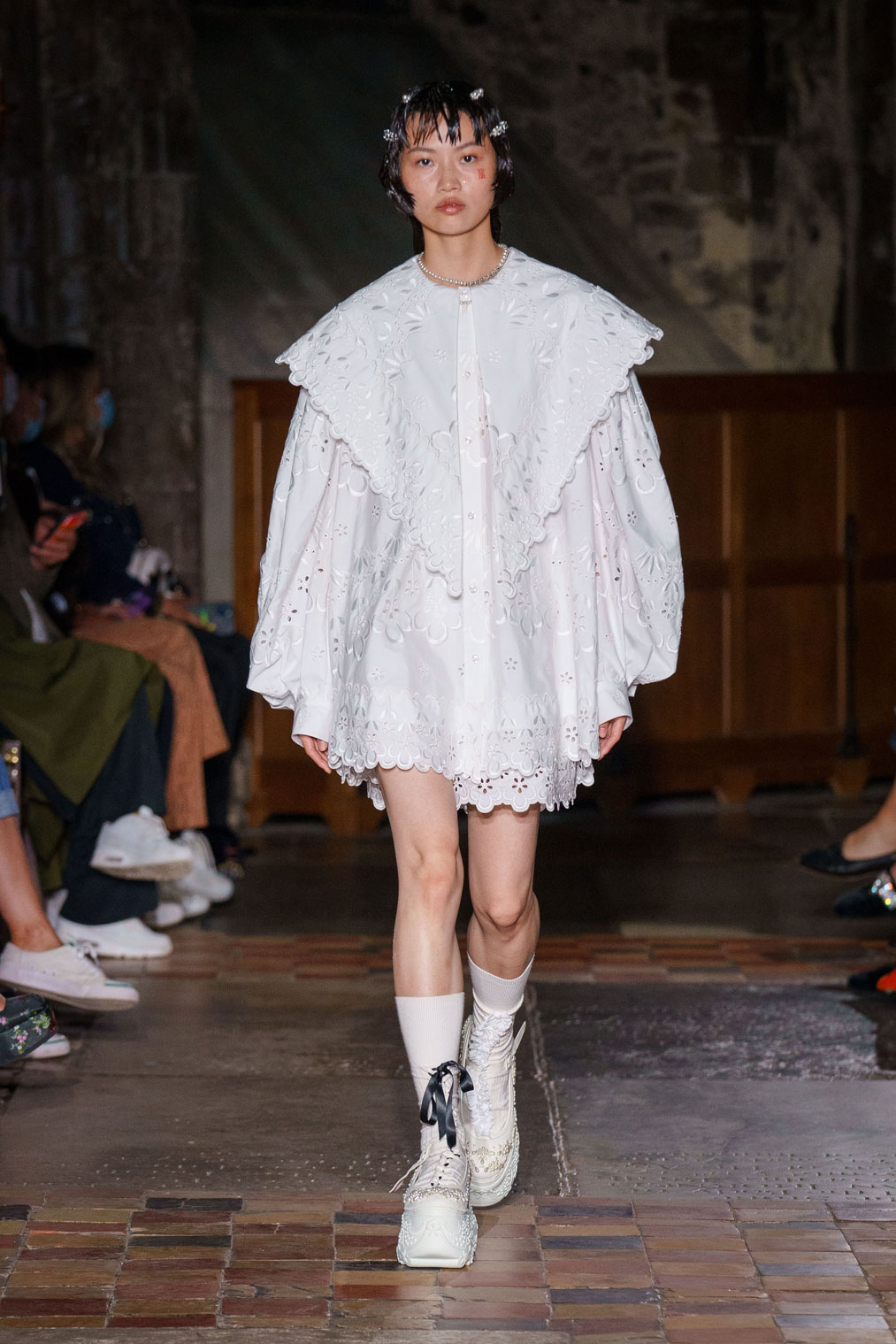 The latest Simone Rocha presentation was an exploration of cultural Catholicism and morbid fascination; a collection where Communion dresses mingled with the white clothed Pierrot.  The collection was accompanied by a six-line poem titled ‘Daughters,’ highlighting the spiritual unity between sleepwalking and mothering, before moving through the materiality of children’s event fashion within the Catholic Church.  Christening dresses and altar server vestments were distorted and transformed into breathtaking lines of ornate ‘bedding’ brocade and broderie anglaise.  For Rocha, a detached but delicate daydream weaved seamlessly into the territory of sleep paralysis with a playful memento mori. 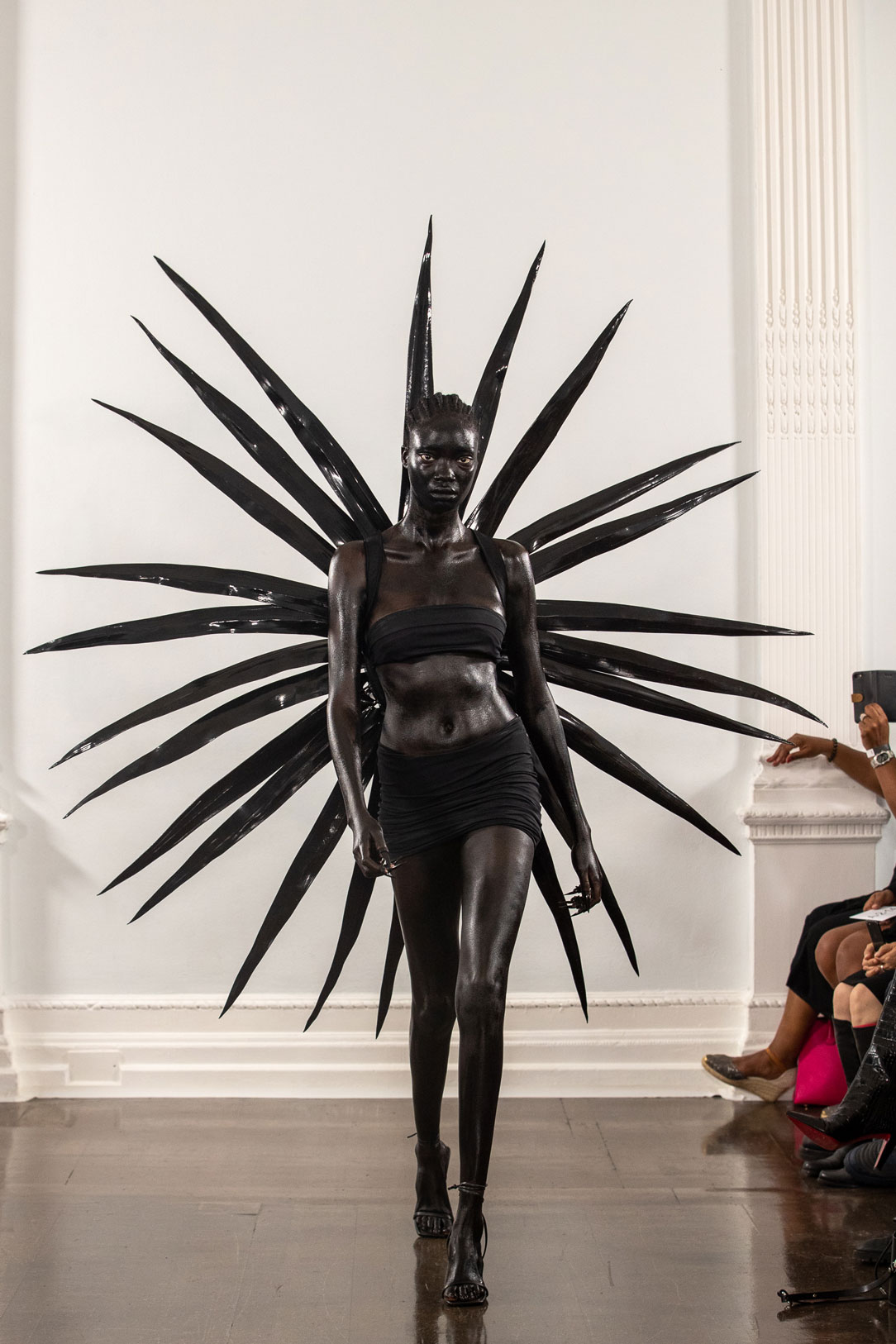 The grand finale of celebutante Maximilian’s Trinidadian inspired collection, Scarletibis, delved into the expansive West Indian heritage of so many English people.  Exuberance was abound as influences of dancehall culture – in a medley of cornflower, cobalt and clear-sky blues – described a uniquely Caribbean relationship with the sea and artist Boscoe Holder’s sensual depiction of black skin.  Buoyant waves of homecoming and freedom were exhibited alongside the processions and extravagance of Carnival.  The final look of the collection: Nasir Mazhar’s dramatic rubber-coated, sea urchin-like palm fronds – paid spectacular homage to the common seafaring creature.  Fanning out from mid-back, the piece subverted colourful Carnival structures with an ultra-luxe and unexpected fabric, and an arresting silhouette.  Met with cheers from the front row, Scarletibis provided a sublime ending to a flawless show. 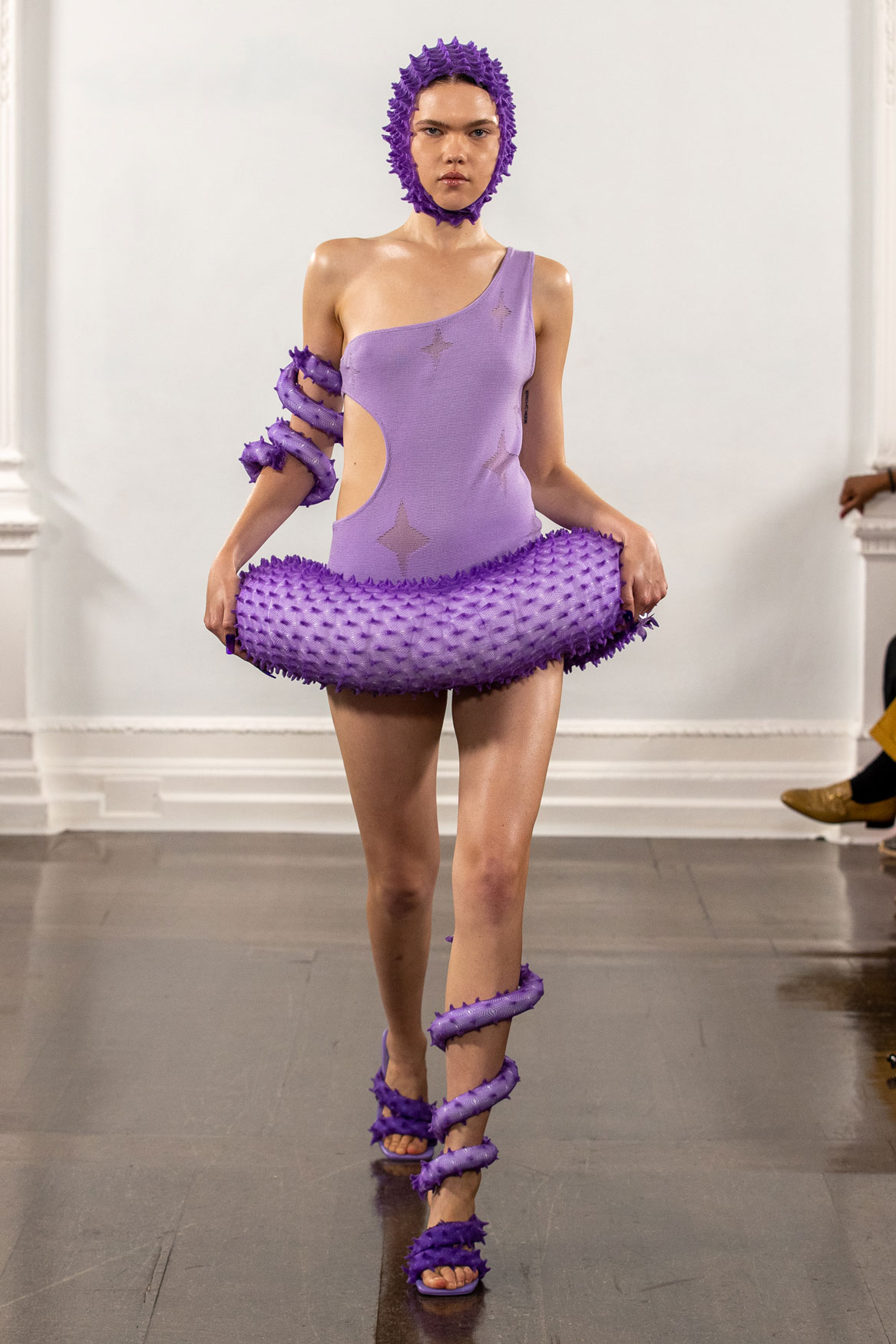 Chet Lo’s Fashion East debut envisioned the freedom and euphoria of the tropical havens that peppered the cultural imagination during the longest nights of lockdown.  Unable to snap his fingers and wake up in paradise, Lo created a collection that luxuriated in the colours of the tequila sunrise and a fantasy where “mermaids exist, the swimwear is spikey, and the body is revered”.  Lo’s signature knit techniques creates a tactile jagged effect on the classic inflatable ring shape, as the elasticity of the material is employed to create a light and shade that leans heavily into the futuristic elements of the collection. Elements of the collections namesake, the 1984 fantasy-romcom Splash, featured throughout as sprawling thorny tangles of purple, yellow and blue gave the illusion of Greek Nereids mid transformation.  “After a year of reflection”, Lo challenges, “we can re-emerge more sure of ourselves, not only accepting the skin we live in, but revelling in it too”.

Check back later in the week for our Milan Fashion Week round up.