Usually people think that it’s art that imitates life.  But there are a few feverishly creative minds out there that think the opposite.  Oscar Wilde was one.  Moschino’s exciting creative director, Jeremy Scott, is obviously another.  Since joining Moschino in 2011 Scott has taken the irreverent Blade Runner chic of founder Franco Moschino and re-interpreted it in his own equally irreverent eye.  Now the fashion house, and Scott as a designer, are sought after names among not only the global celebrity elite but also the creatively adventurous man and woman on the street.  It’s a legacy the house guards fiercely and the new season is not going to be an exception. 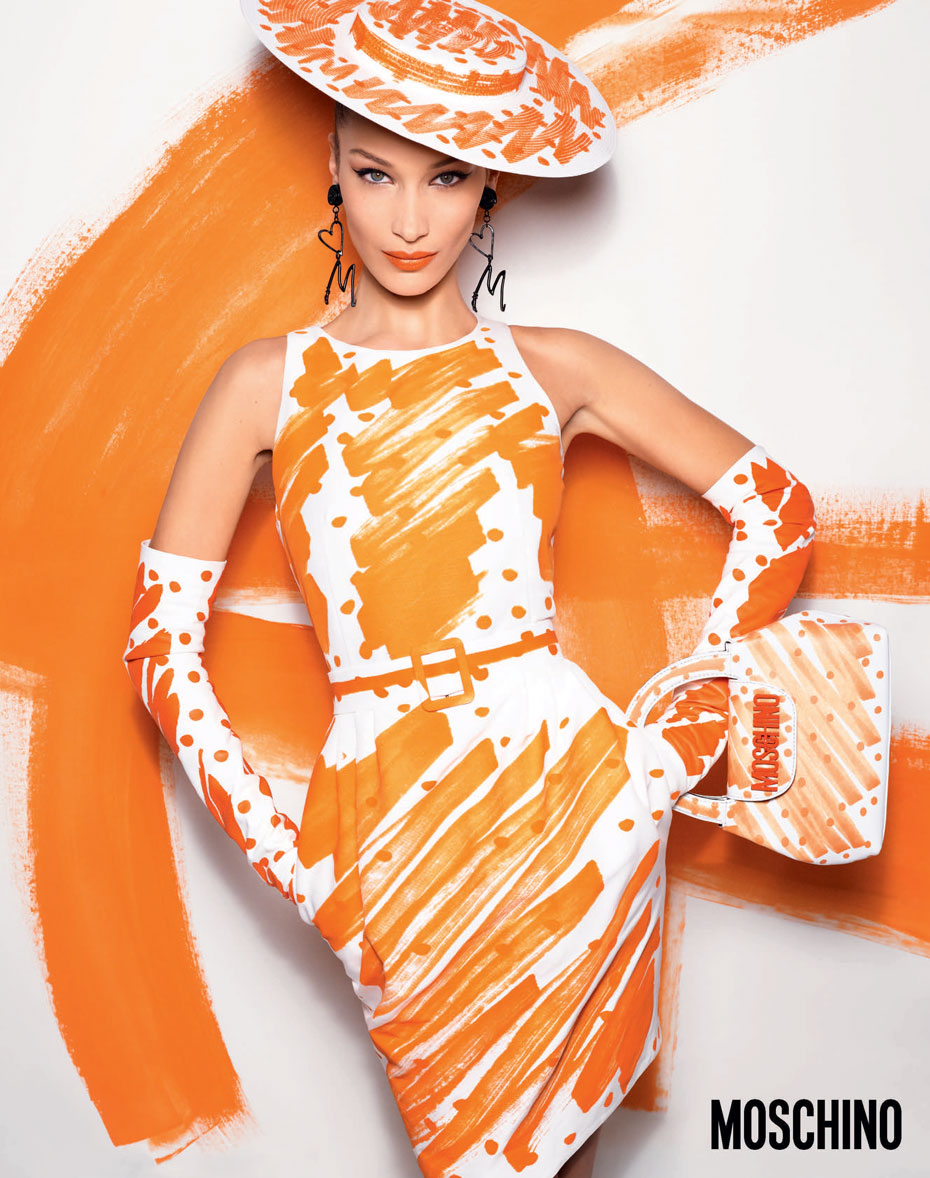 Moschino has been known as one of the most artistically bold houses in the industry since its very earliest days in the 1980s.  For the coming summer collection Scott dipped into that rich history to mine from the trompe-l’œil period and bring to vivid life the fashion illustrator’s sketch book.  The spring/summer campaign rolls with the theme of the collection and presents us images where the line between life and art has been rubbed away.  The hand scribbled flourishes and the marker pen shading (echoing colour suggestions on a sketch) sometimes fools the eye into thinking we’re looking at hand drawn mock-ups photoshopped with real models.  And that’s the point.  For any artist the ability to redefine the boundaries of a wall that stubborn must be very intoxicating.  Is it any wonder then that the more creative and artistically minded around the globe flock to Scott’s designs? 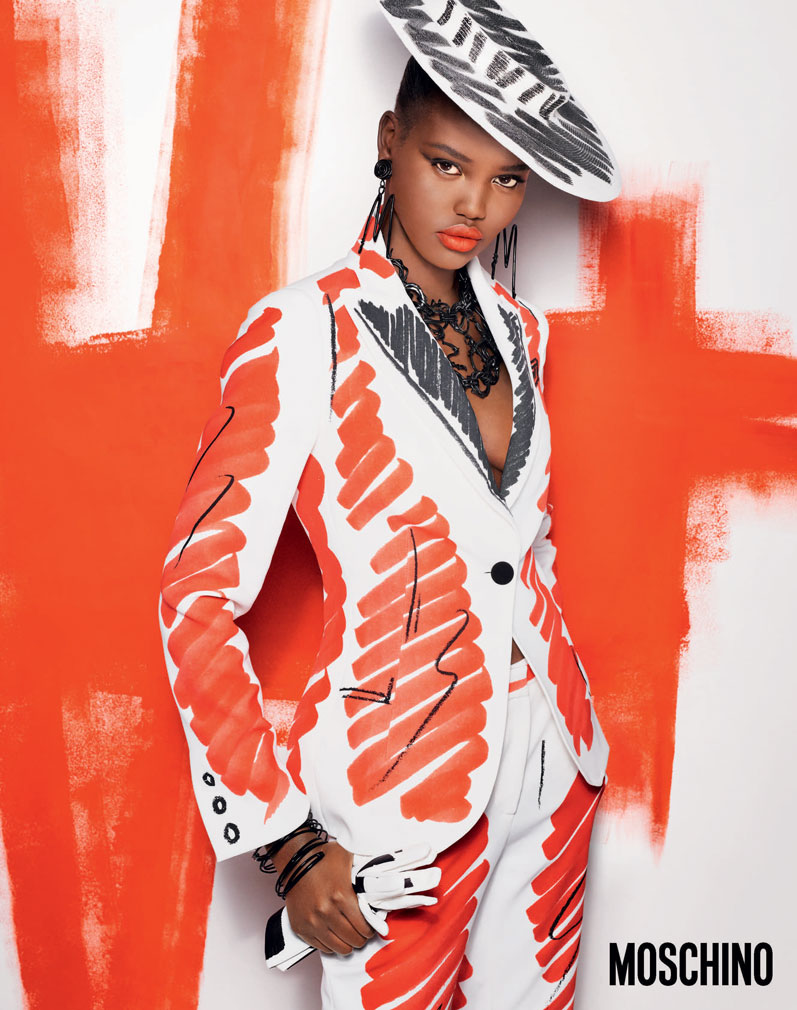 To put the whole campaign together Scott brought in legendary American fashion photographer Steven Meisel who, as fate would have it, also used to work as a fashion illustrator for WWD back in the day.  The icing on the cake?  Supermodels like Bella Hadid, Adut Akech and Fran Summers in front of the camera wearing the designs.  And, there you have it.  In one fell swoop; life (literally) imitating art. 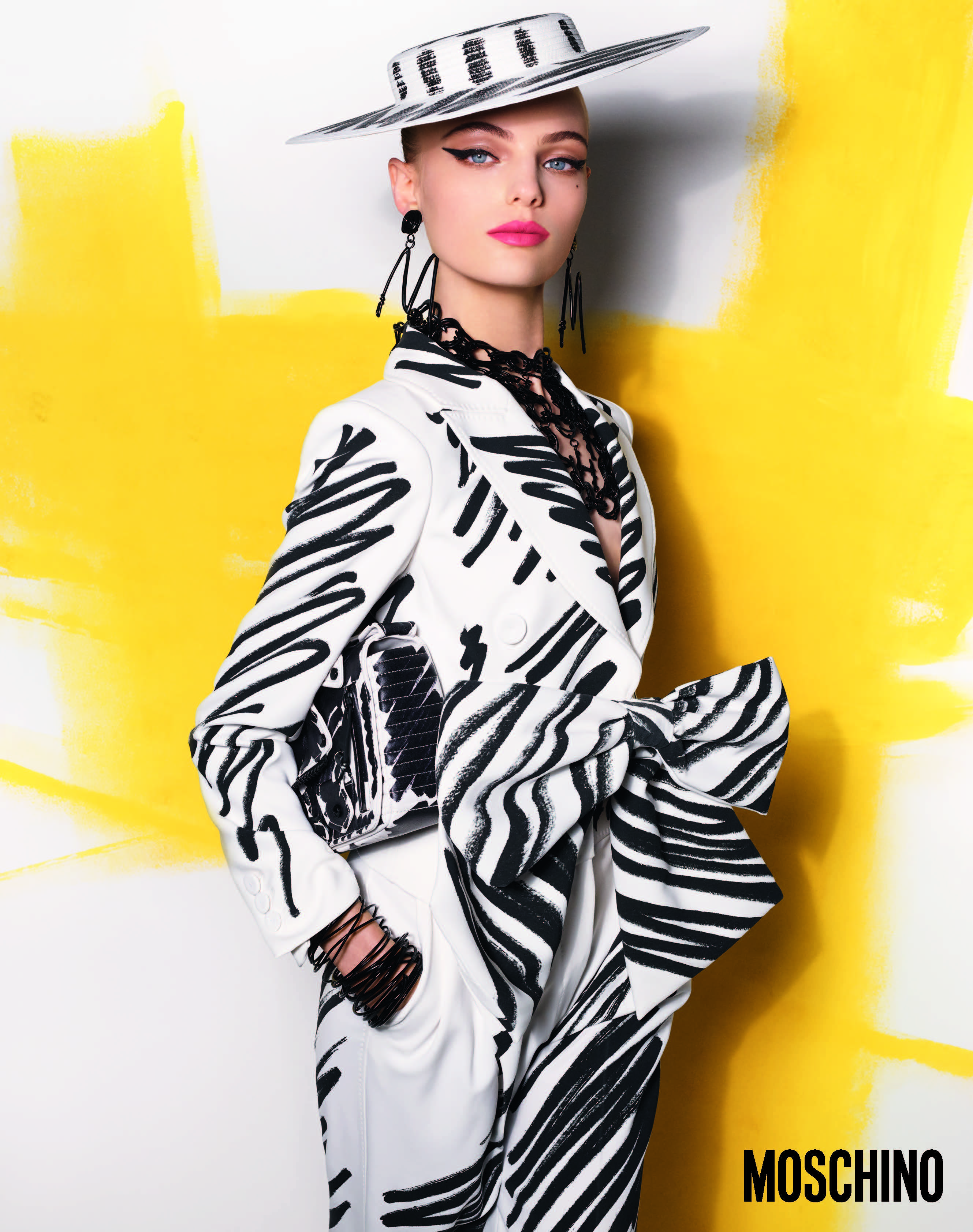 To see our next feature on Moschino click HERE.