“Which Sims character would you like to dress like?” is a probably a question few people, if any, have been asked in their lifetimes.  It’s not even likely anyone had even pondered the thought in their own quiet moments before today.  Are there even ‘characters’ in The Sims?  Isn’t each Sim avatar created in the users own hyper-real image anyway?  When you start to really think about it the thought spiders to take in all sorts of considerations that wouldn’t cross your mind on any other normal day. 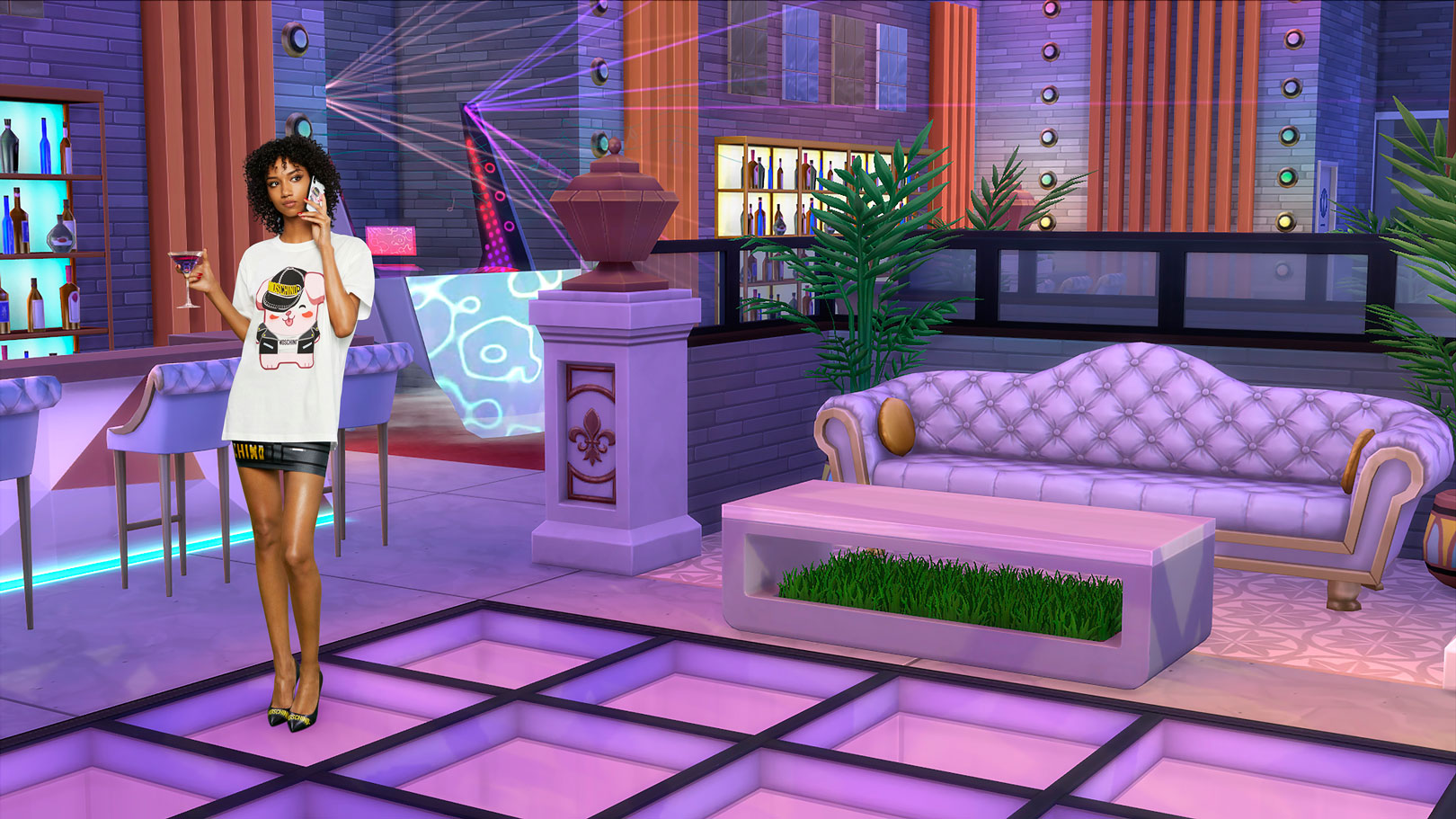 So it takes a particular kind of off-the-wall creative force to make you realise you just didn’t know you wanted to dress like The Sims.  Fortunately, Jeremy Scott is that creative force and, being the current creative director, Moschino is his outlet.  To be fair though, a capsule collection inspired by a computer game is maybe not quite as off-the-wall as it first sounds.  The Sims as a franchise is almost 20-years-old.  That means there’s a whole generation of consumers out there in the world who have grown up with the game as an ever present part of their lives – whether that’s as a direct consequence of owning one of the many iterations  over the years, or just having it as part of the ambient culture influences floating through their air.  After all, The Sims has sold over 200 million copies of the game to become one of the best-selling titles of all time.  That’s a pretty sizeable market to appeal to. 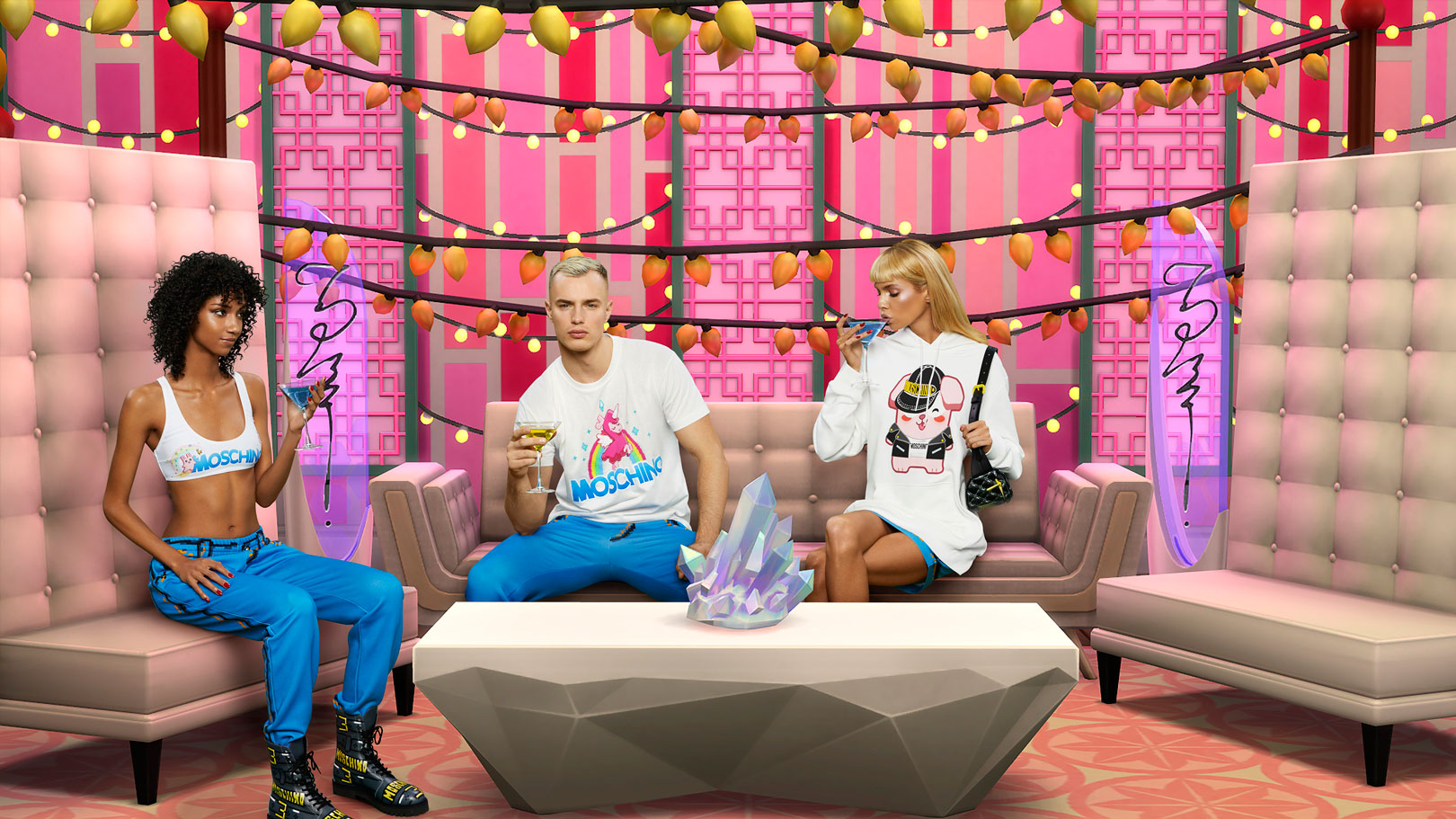 In the wrong hands a collaboration like this could prove disastrous.  There’s a very fine line between kitsch and novelty and, unfortunately, novelty wears off very quickly.  But, despite the fact that the label ‘Iowa Farm Boy’ almost directly applies to Scott (he grew up on a farm in neighbouring Missouri), he has always had the unique fashion designer’s eye that allows him to stay irreverent without fear of ever falling into irrelevance.  It’s that same irreverence we raved about while reviewing the SS19 Moschino campaign.  And now Scott’s batting two-for-two with the new Sims Pixel collection.

Anyone who has even a passing familiarity with The Sims will also be familiar with its aesthetics.  Primary colours, hyper-real slightly off-centre design and – most of all – fun.  Scott took all those elements and distilled it through the giant design algorithms in his brain to produce a collection that as well as being innovative is also a little mad!  There are whole outfits with such heavily ‘pixelated’ designs on them it looks like a photoshop mash-up when worn on a real person – a brilliant visual cue taken directly from the main collection and tying them both together. 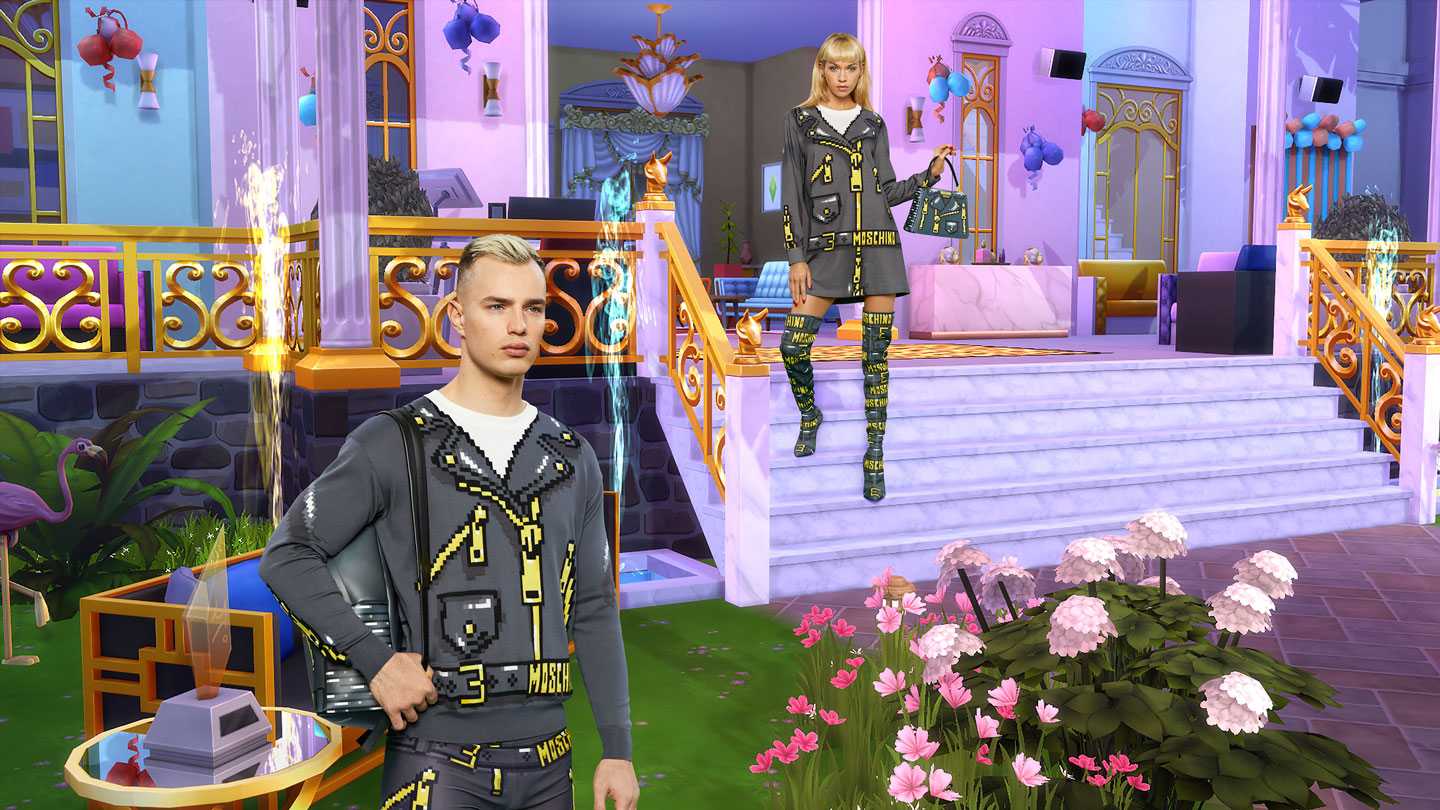 But why stop there?  If people IRL are going to wear Moschino to look like Sims characters, why not vice-versa?  So after Scott launched the capsule collection at his annual Palm Springs Desert Party in California on April 15th one item from the collection, a Moschino Freezer Bunny hoodie, was released within all of The Sims currently available titles.  You’d have to love it as a genius brand awareness strategy even as you’re loving it as, honestly, kinda nuts.   For Scott the idea is simple:

“I love the idea of being able to imagine, design and bring to life a world of individual personas with The Sims universe.  That concept emulates what I get to do for each collection at Moschino as I create a fantasy universe of spectacular storylines and characters.” 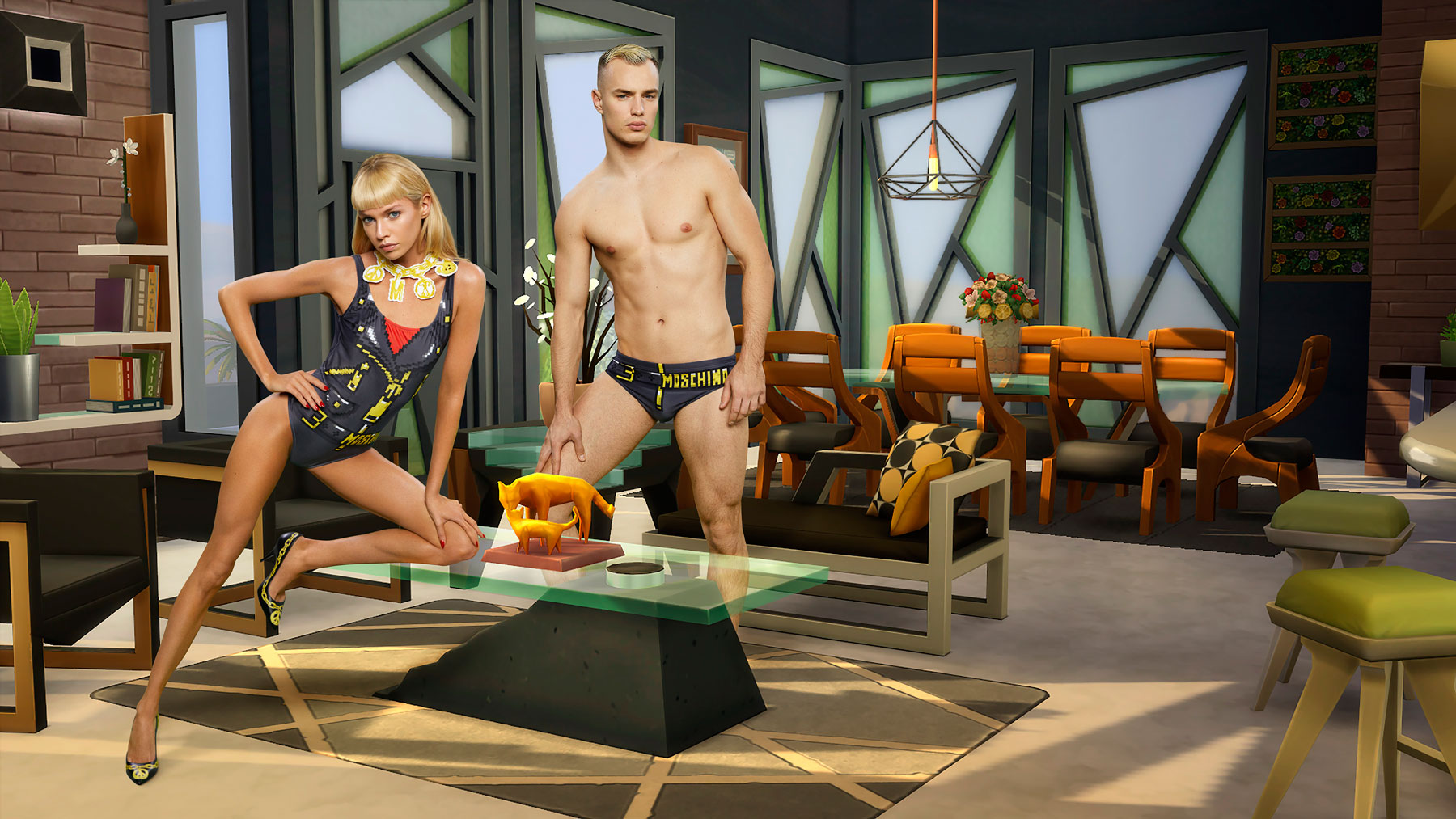 There you have it.  If real life does get a little too real for you at times, the new Moschino x The Sims Pixel collection is available IRL and online now.

To see our last feature on Moschino click here.