A “beaming” breath of fresh air, proving that being cool is still a thing. By Chidozie Obasi

At Iceberg tribes and cultures rule for S/S20, with the label unconventionally juxtaposing hype, art and image.  As if to press that point home in vivid technicolour, the show opened with the collaboration with celebrated British pop artist Peter Blake – designer of the iconic Sgt. Pepper’s Lonely Hearts Club Band album cover for the Beatles.  Instantly identifiable in a riot of pop-art graphics cover shirts, full trouser looks, mini dresses and easy knits, the opening set the tone for the rest of the show.  His seminal Babe Rainbow and Amerika artworks (a technically intricate sweater of bird’s eye intarsia, jacquard and embroidery) as well as hearts, rainbows and Mod style target motifs presented a unified theme across the clothes as well as accessories. 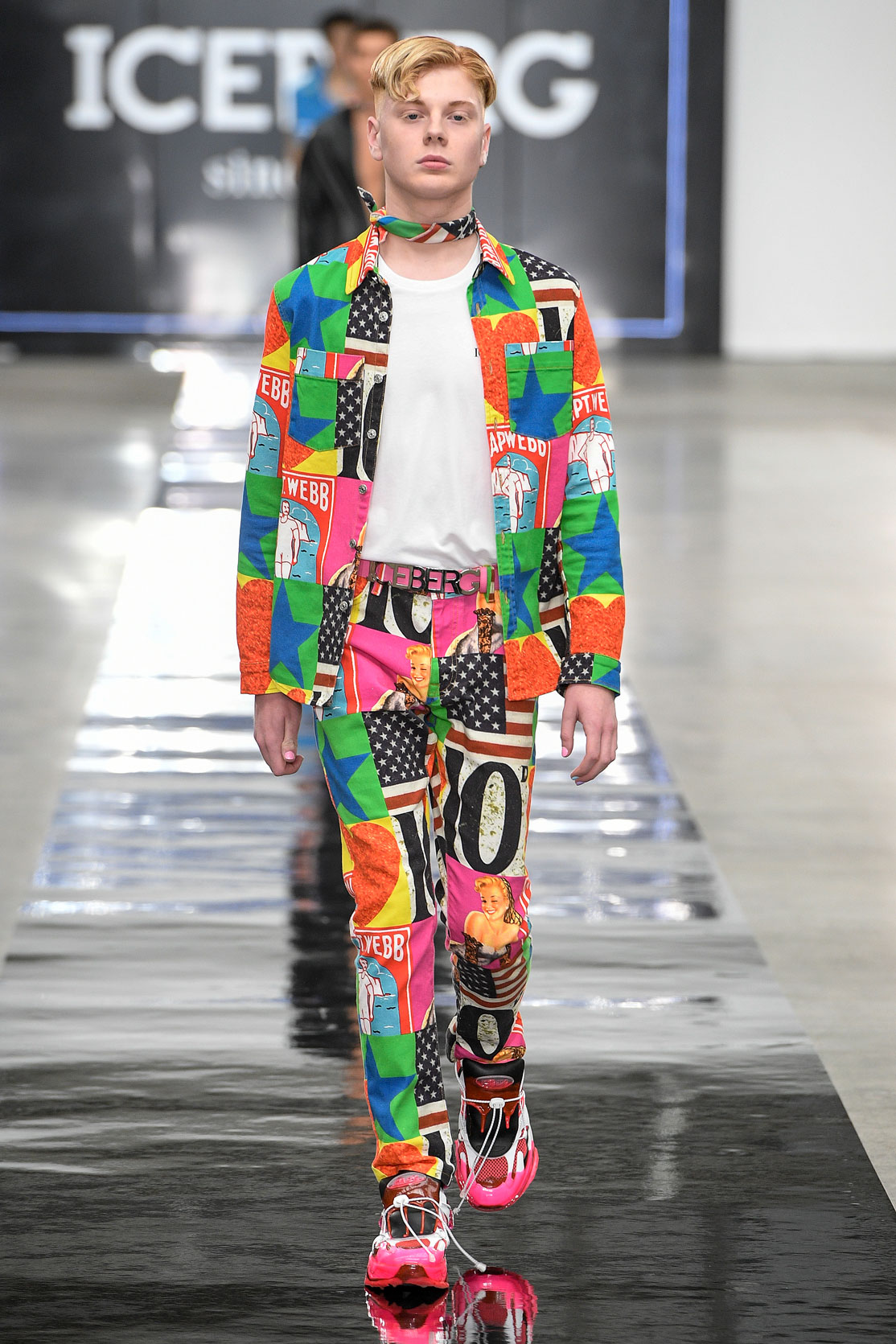 Elsewhere, boyish silhouettes, zipped sleeve jackets and matching bondage trousers revealed a radiant if jarring candy pink for both men and women.  And back to black?  If you pictured Iceberg the answer was clear.  Here they opted for a gender fluid take on fashion’s favourite colour in the form of vests and maxi skirts that have never been more playful.  The catwalk reverberated with a rich eclectic mix of name belts, chunky trainers, rope neck chains and, of course, the ubiquitous socks and sliders. 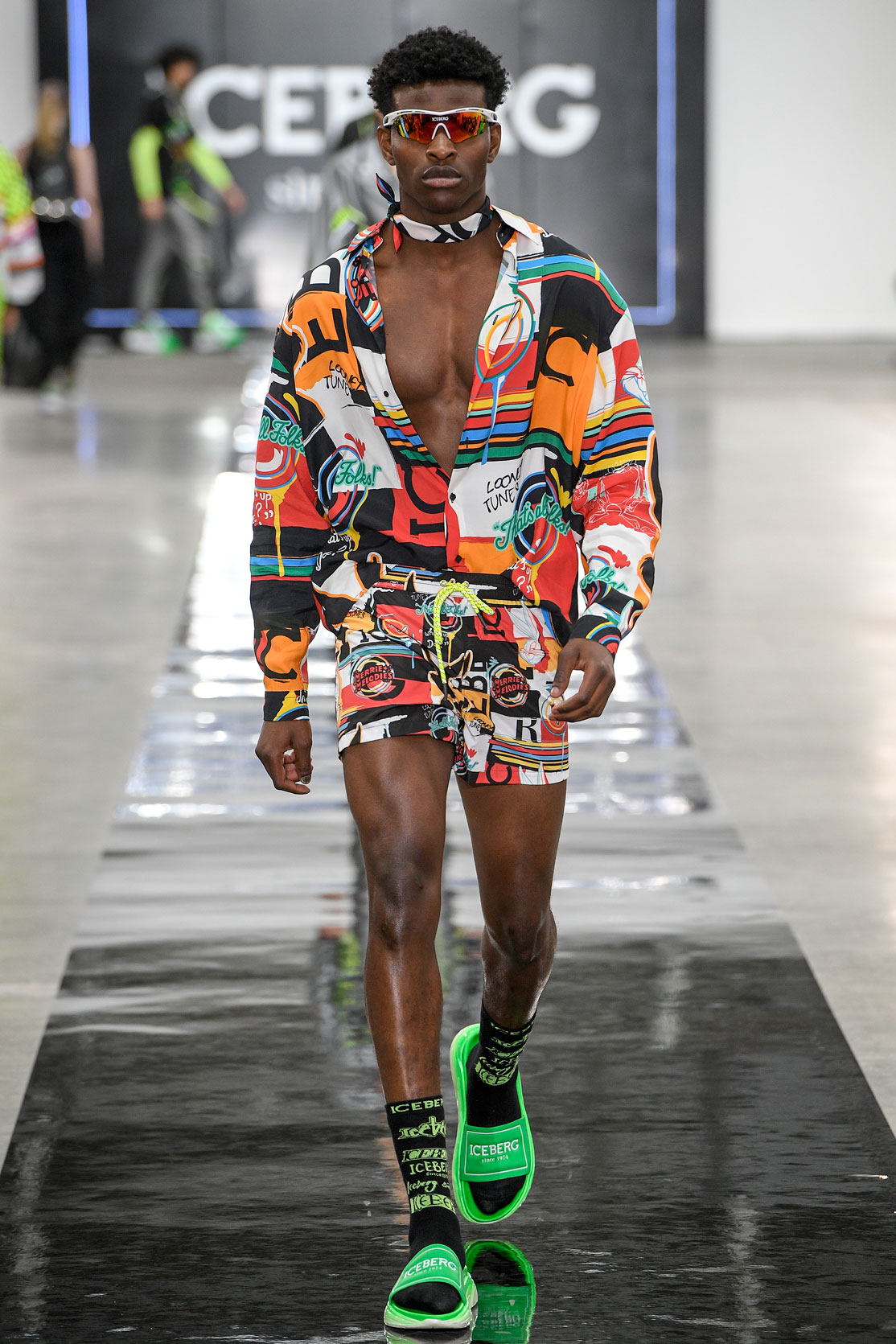 Other looks that subsequently came bounding confidently down the catwalk announced that The Goth Sportif era had apparently begun.  Colour blocking and a hazard zone palette undoubtedly formed the basis of it all, encompassing fluid tonalities and dainty fabrics.  Combined with prints and silhouettes that were synthesised by an overwhelming sense of avant-garde beauty, Iceberg’s 2020 summer will clearly be meant for the bold and the beautiful, not the meek and faint-hearted. 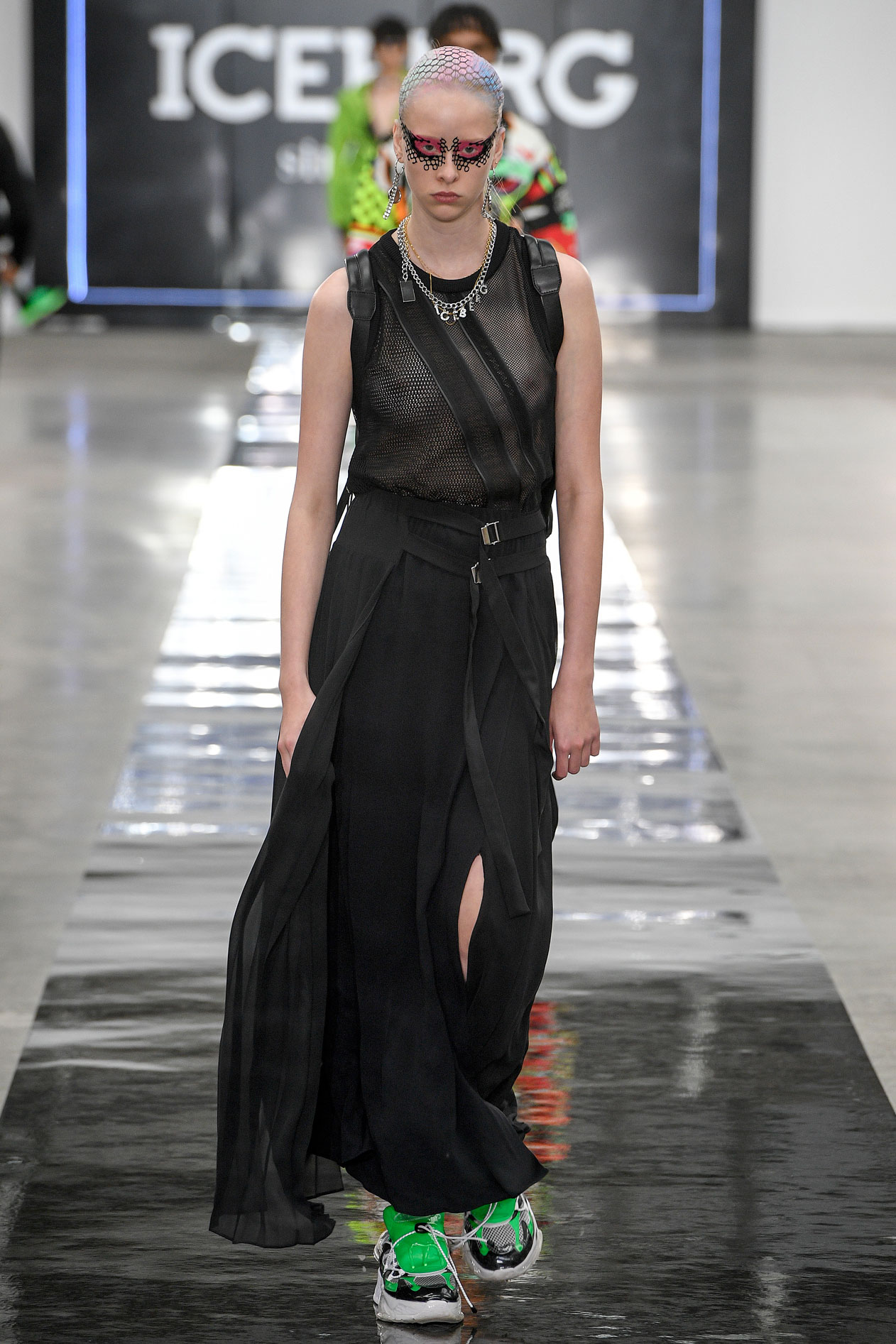