Chalayan returns to LFWM for their 25th anniversary. By Chidozie Obasi

The latest Chalayan SS20 men’s collection was an offering filled with minimalist allure that morphed into instances of stark social uncertainty.  Entitled “Post-Colonial Body”, the collection drew inspiration from a profound exploration of dance and movement from a variety of ethnic groups who had previously been colonised by Western forces.  The Americas and Japan were the two locations that the label trawled from for inspiration to encapsulate their new mood for next summer. 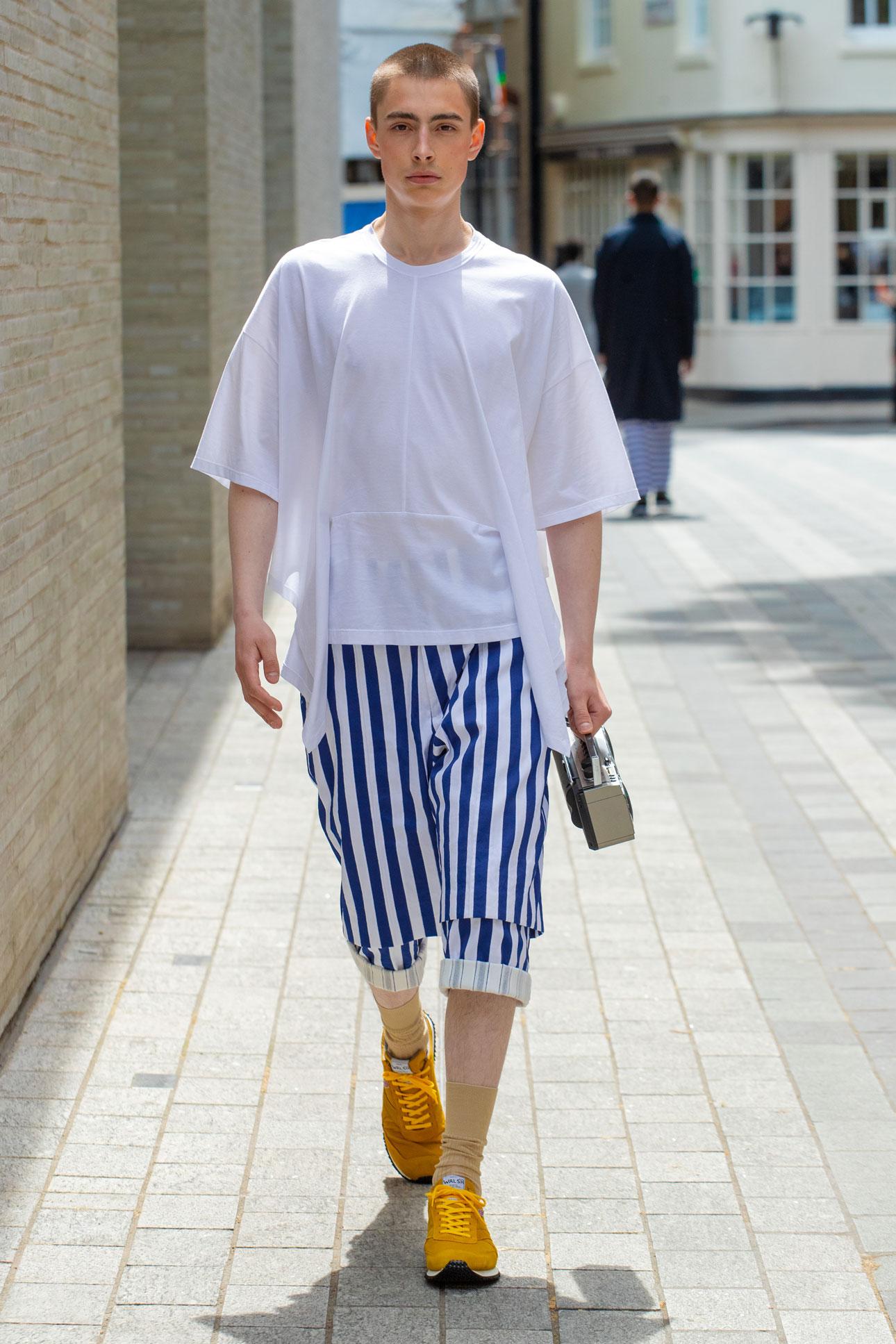 First, South America’s occupation by colonial forces and the affect it had on their dance cultures, and then the US occupation of Japan between1945-1952, and how it influenced Japanese culture and society as a whole, provided the foundations for the designs that eventually hit the metaphorical catwalk.  ‘Metaphorical’ in the sense that Chalayan returned to London Fashion week for its 25th anniversary with a grand show in the sunshine on the streets of a nearby mews setting to their flagship store in Mayfair. 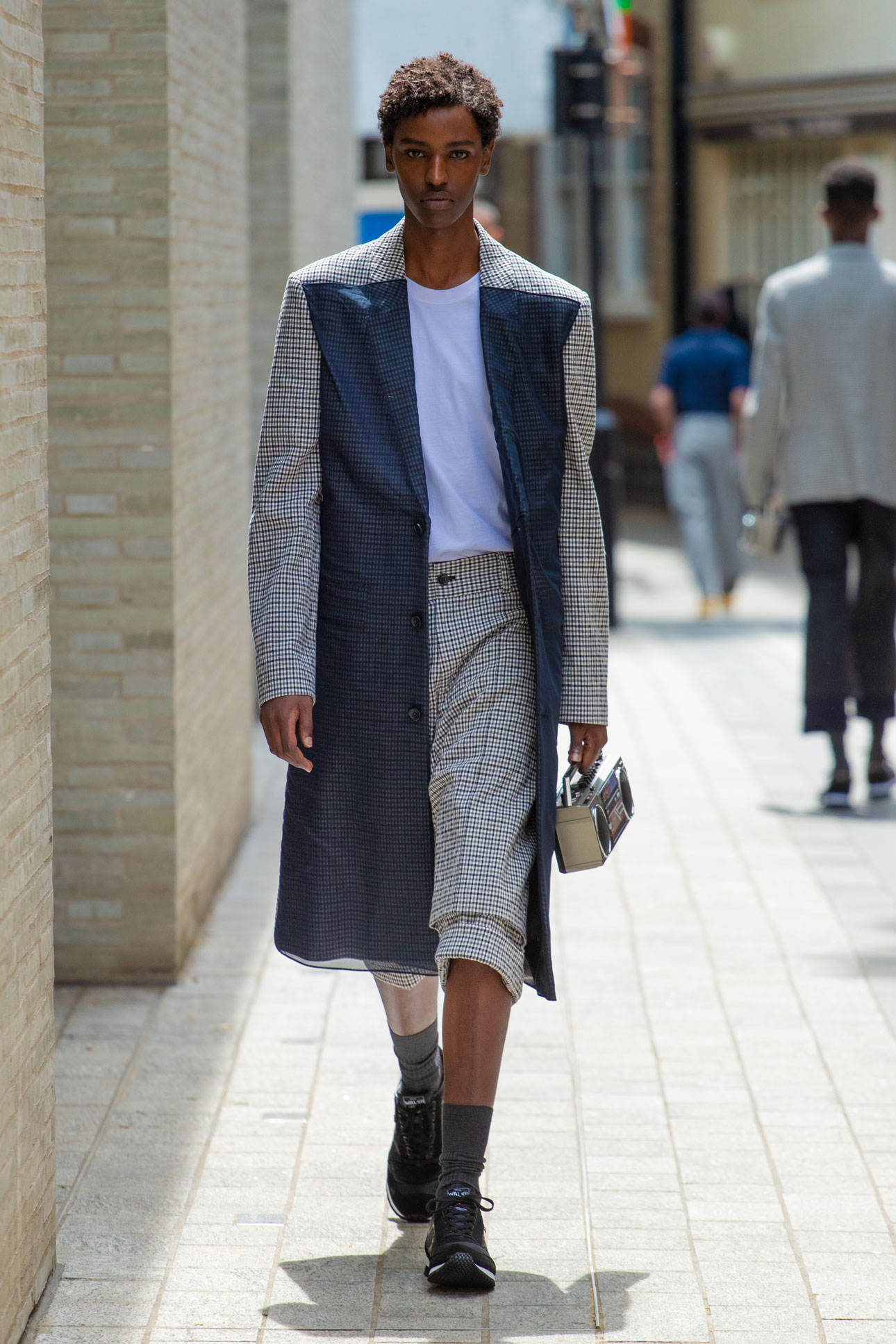 The Chalayan collection for LFWM 2020 blended the dance and movement ideas derived from a variety of South American choreographers and Japanese ritual portrayals to deliver a celebration of the seasonal rites of fertility and prosperity.  Switching between what is tangible and what is not, the collection embodied a spirit empowered by both elation and protest.  Each individual piece was energised by drapes mimicking gestural body-phrasing from genres which fundamentally merged dance from European immigrants, former slaves and the working class in society. 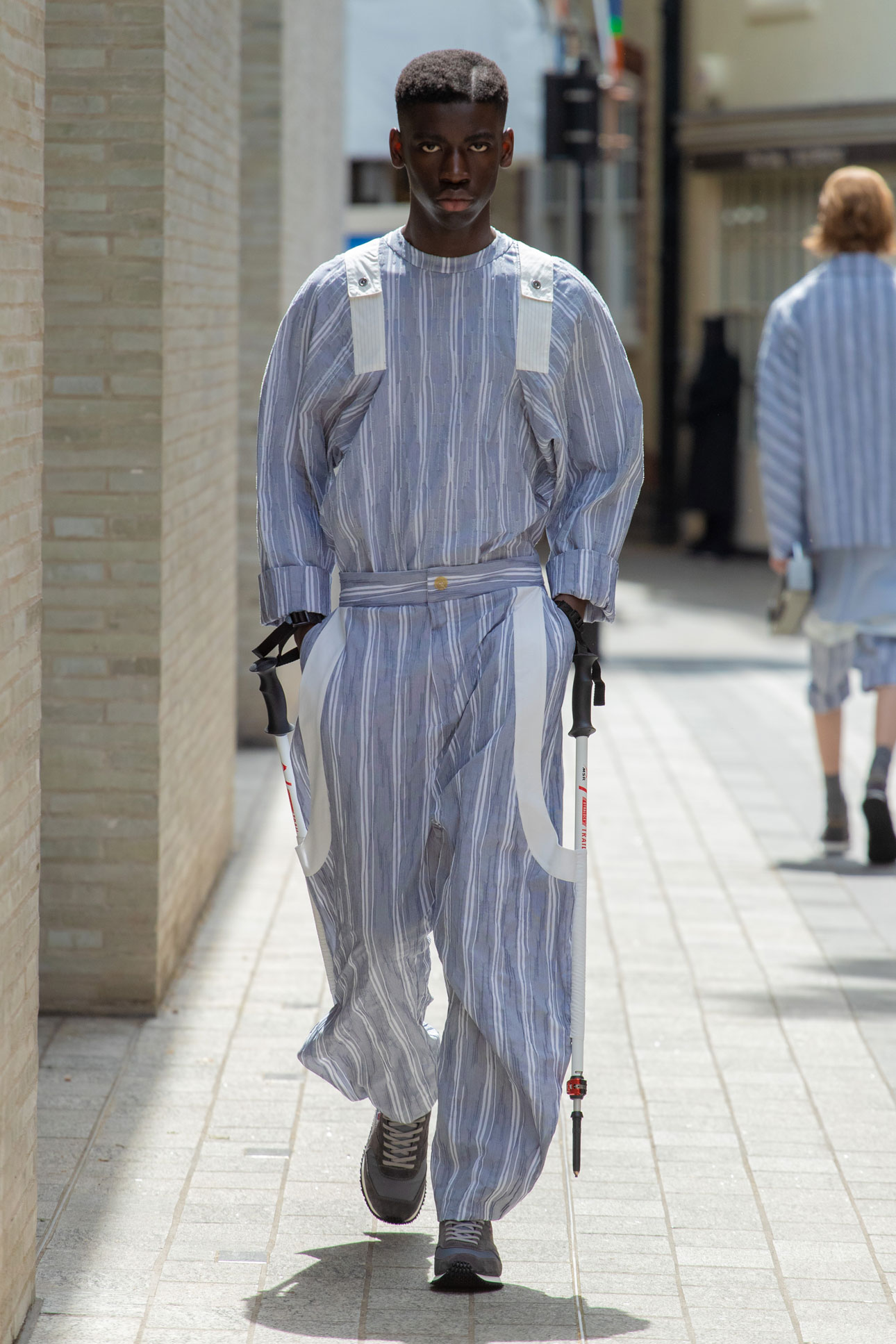 While the collection revolved around the above-mentioned ideologies, Chalayan’s staple silhouettes and shapes endured, being functional, practical and slick all at the same time.  The premium sartorial twists were punctuated by an eclectic yet structural range of ensembles, with the clear aim of modernising traditional tailoring norms.  Beyond this, Chalayan’s chromatic game wasn’t something to be overlooked either.  Among the many hues and textures were subtle navy stripes, grey checks, custom tailored cotton stripes, crisp shirting and gentle panelling.  Arresting pictorials were fused together with harmonic despair, leaving us with an imperative dilemma: will future generations be stymied by fear of expression, leading to a status of social apathy?  Providence will have to take its own cue on that. 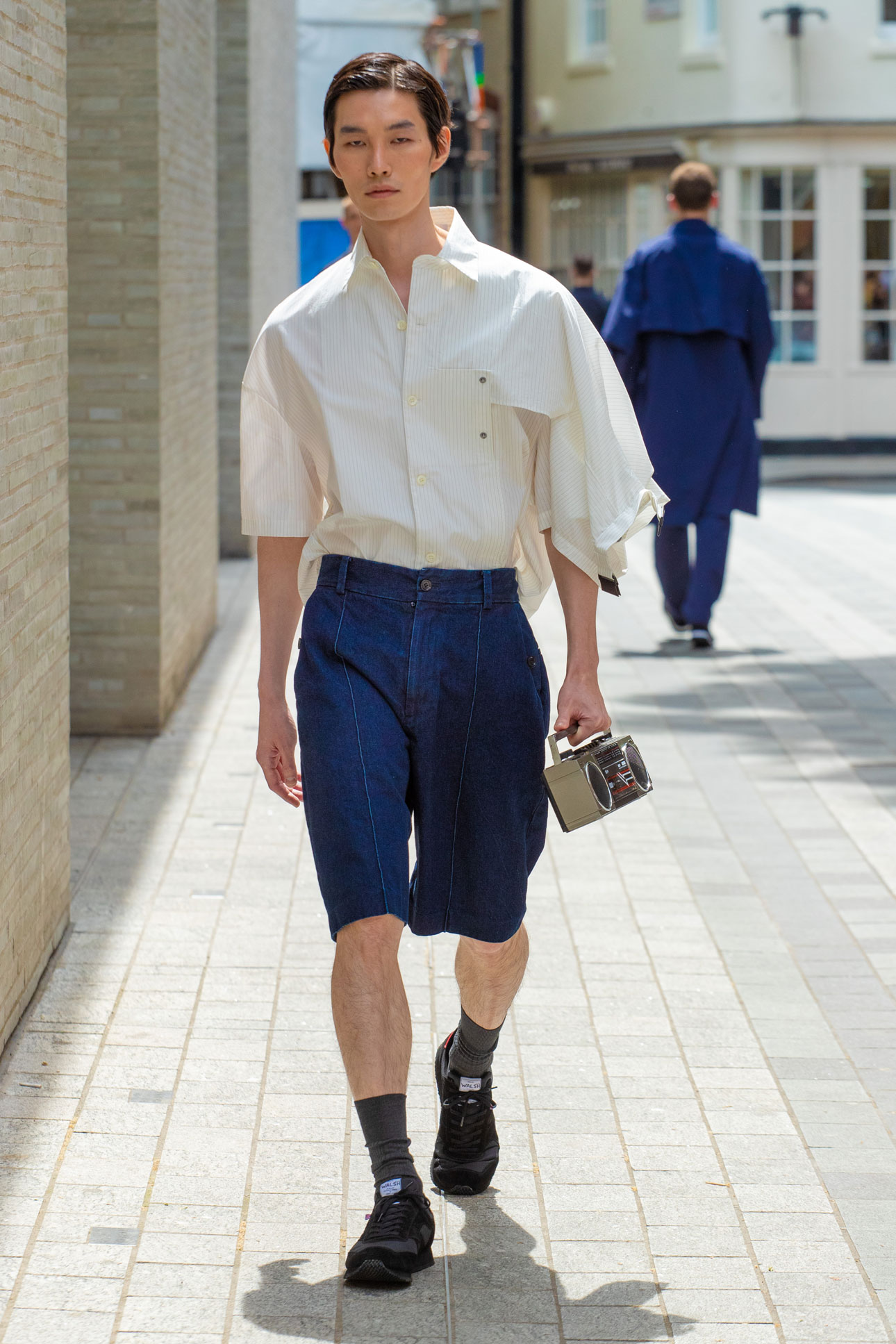