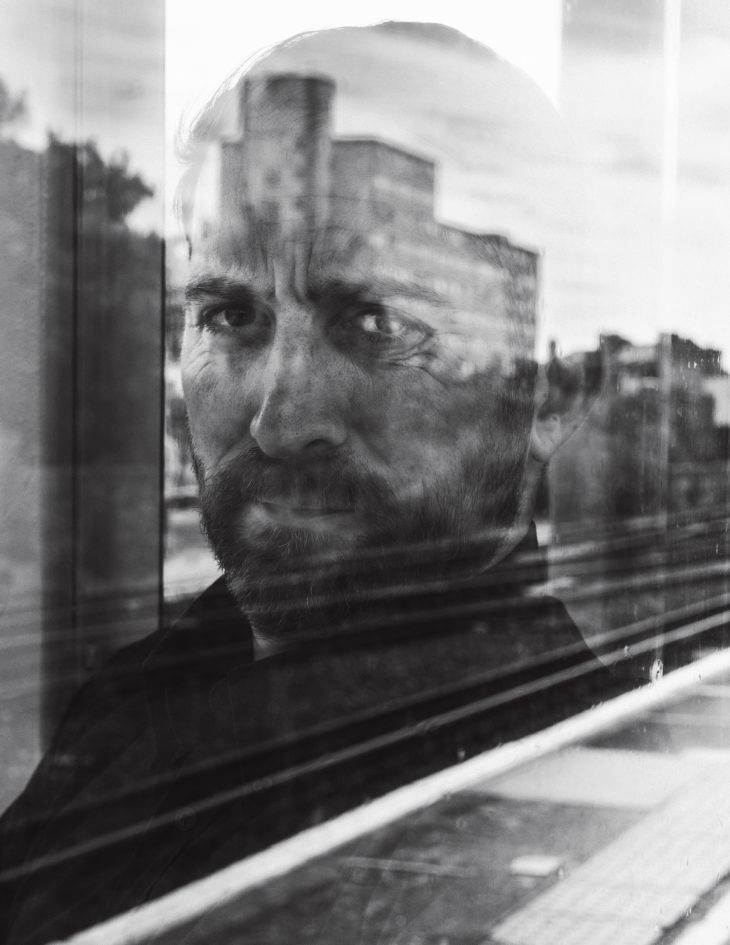 With three solo shows in London coming up over the next 12 months – beginning with Dark Matters at Jealous Gallery, Shoreditch, running now until October 29th, and followed by exhibitions at For Arts Sake Gallery, Ealing, next April and 45 Park Lane, Mayfair, next September – Joe Webb is about to fill his original hometown, at this fascinating moment in its history, with his sharp visions of 21st-century life.

Now based in Brighton, Webb, 40, makes collages, silkscreens, and paintings that twist all kinds of found imagery into visually seductive but psychologically unsettling compositions. Beautiful though his pictures may be, they’re constantly hinting at the many uncomfortable truths underlying the glossy surfaces of the modern world.

“At art school, after seeing the work of artists such as Kurt Schwitters and Robert Rauschenberg. I liked the immediacy of collage and its graphic nature. You can get ideas down quickly and explore lots of different concepts. For me, collage is the most political of all mediums.”

Which artist has had the largest influence on your practice?
“Rauschenberg – the way he uses political imagery such as JFK, warheads and space shuttles. He was making art from the news at the time and really captures that moment in history. He collaged with silkscreen. I like the way his canvases have strong photographic references but look painterly and expressive all at the same time.”

In your work, you don’t shy away from tackling big issues. What do you think is the single biggest issue facing the world right now?
“Nuclear annihilation is quite a biggie right now. World leaders armed to the teeth with nuclear weapons while throwing puerile insults is deeply disturbing.”

Are you more inspired by things that fill you with joy or things that make you angry?
“I try to have a balance of both dark and light. I’ll usually attempt to inject some humour into difficult subject matter. It helps me cope with dealing with sometimes rather bleak issues and makes it more palatable for the viewer. I hope after they initially see a ‘cool’ retro image they’ll start to think more deeply about the layers underneath.”

Where do you source the materials for your works?

“Generally antique shops, secondhand bookstores and charity shops. If I find myself in a new town I’ll try to check out the local thrift shops – usually there’s something there I can collage with. There’s an element of serendipity in finding material to work with, which makes it more interesting and challenging than just Googling images from the internet.”

Where do you go when you’re looking for inspiration?
“If I’m having artist’s block I go for a run or to the gym. I’ve found exercise really good to get ideas flowing. If that doesn’t work I’ll resort to less healthy pursuits, like going to the pub with some friends and ranting about some conspiracy theories!”

“I try to have a balance of both dark and light. I’ll usually attempt to inject some humour into difficult subject matter. It helps me cope with dealing with sometimes rather bleak issues and makes it more palatable for the viewer.”

Of all the works you’ve made, which is your favourite?
“A piece entitled Thirst. It’s looking at British colonialism in Australia and the devastating effect it’s had on the Aboriginal people. Only the British could invade half the world and then complain about immigration! The work features an Aboriginal man drinking from a spring that is being contaminated by a giant hand pouring in whisky. It’s a very early collage that showed me how simple editing of images can tackle complicated and seldom-spoken-about subjects. There’s too much art that is simply interior design, I want to kick back against that and say something about the world we live in.”

You make everything by hand, however a lot of your images have gone viral online. What kind of relationship do you have with technology?
“A love/hate one. I worked as a graphic designer for about 15 years and became really tired of staring at a computer screen. It’s what prompted me to start making handmade art from found imagery. Sharing the work on Instagram and Facebook is at odds with this approach, but I try to limit how much time I spend online. I’m downgrading my phone to a basic one on which I can just text and call, with no internet. I’d like to be less addicted to social media, although I still need it to communicate to a global audience.”

Your next show is at Jealous Gallery. What do you have planned?
“Jealous publish a lot of my prints, so there will be a large range of silkscreens as well as a larger painting or two and some new collages. The title of the show is Dark Matters, so expect some challenging subjects!” 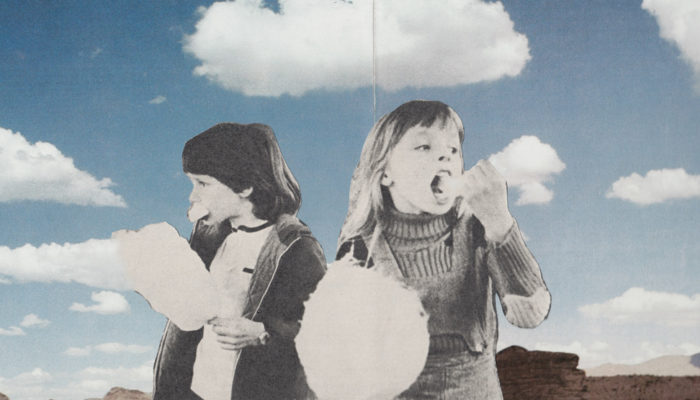 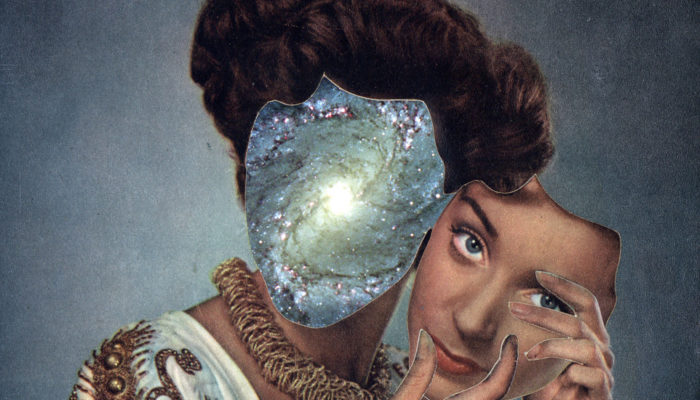 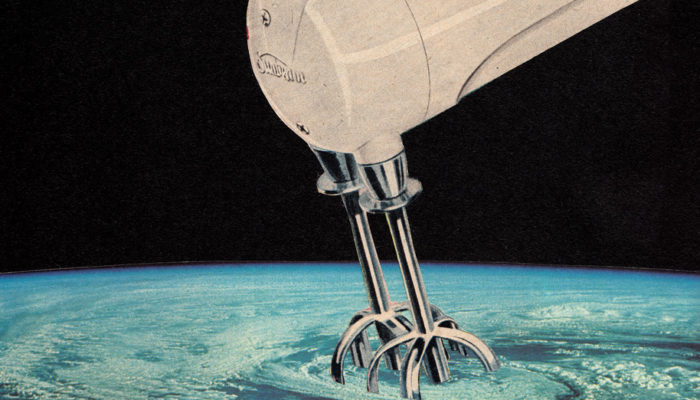 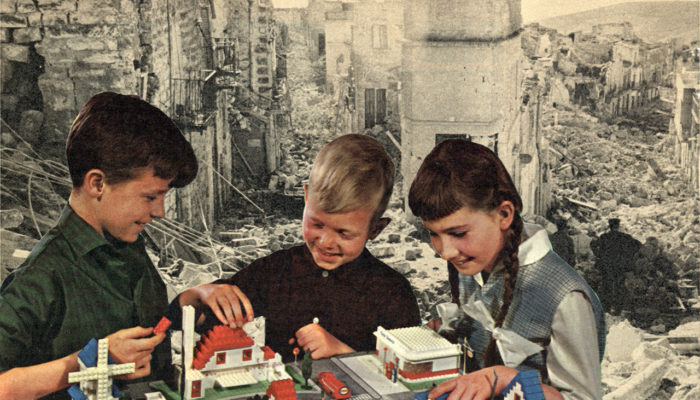 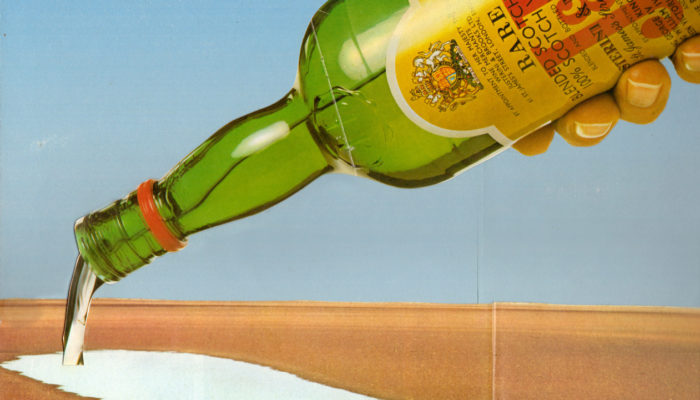