Jamel Shabazz, Seer Of The City 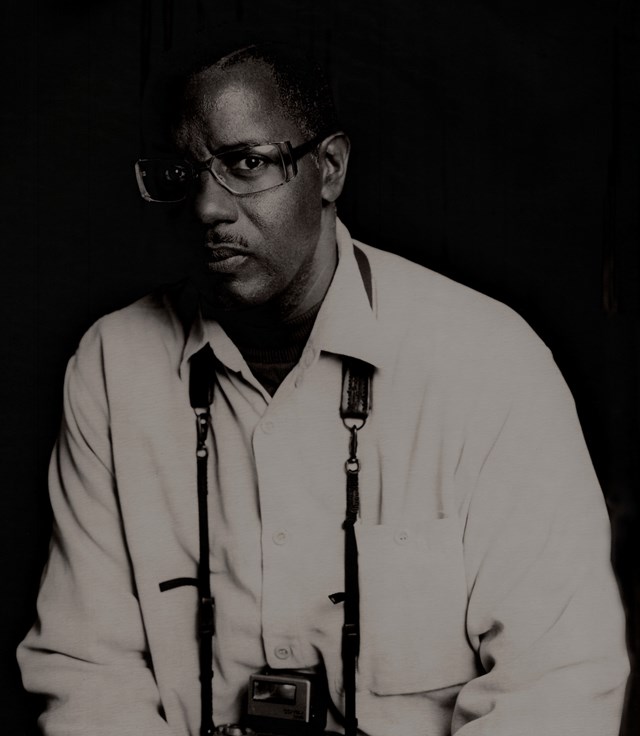 One of the most important social documentarians of the last 40 years, two current examples of Jamel Shabazz’s photography once again highlights the impact his work has had on presenting the significance of urban culture.

When Jamel Shabazz returned to New York in 1980 after three years stationed in Germany with the United States Army, he came back to a city changed. The turbulence of the 70s had come to boiling point by the end of that decade with the city nearing bankruptcy, drug-addled, violent and rapidly deteriorating. While the case against this is hard to make, Shabazz was one the very first photographers, during that period, to notice the positive response from within communities so adversely affected.

Inspired by photographers Leonard Freed, James Van Der Zee, and Gordon Park, he saw an opportunity to document contemporary styles and attitudes, intensely influenced by emerging trends, that were in fact positively impacting supposedly declining social standards. As he has recalled: “During the time period in which I was away, so much had changed in my community, so I came back thirsting to catch up with people and, in a sense, to establish a vision diary — photograph people and engage in conversation about what had been going on.”

His introduction to photography came at an early age. His father was a keen amateur from his own time in military service and, aged 15, he borrowed his mother’s camera to photograph friends in junior high school. Thematically, this youthful infatuation with image, both that of one’s own and whereupon the gaze falls, is one that has remained steadfast throughout his career. And, as a child coming of age during the turbulent 1960s, he “became a witness early on to political and social issues in America.”

Instead of focussing on the supposed degradation of minority communities, Shabazz saw and documented the burgeoning B-boy, hip-hop and graffiti scenes – mainly made up of young black and Latino men expressing themselves artistically in ways not yet seen and in large part born out of poverty inflicted upon them.

“During the past 30 years, art education has been taken out of many of the public schools here in the city. Art and music are just as important to one’s development as science and math. “

Whereas many looked only at the facade of what was being presented, Shabazz was always and only ever concerned with presenting what lay beneath the outward expression. By recognising the potency of what lay behind these visual signifiers within the urban context he foresaw more than four decades’ worth of cultural influence whilst never downgrading to the superficial. Through his lens, city life and the culture that grows from within are inextricably linked to social and political meaning.

In an interview with Vogue, he stated: “My biggest concern is not fashion, my biggest concern is war and where we’re going as a society. For too long, the outer has been what people judge people by, but in this day and time, there are a lot of people losing their jobs, and they can’t concern themselves with fashion and being fashionable, so my lens is more turned toward those people now. I’m often viewed as a hip-hop photographer, but I’m a social documentarian, and that’s where my heart is at. Fashion plays a role in my work, but for me it’s sort of higher-level than that. It’s really about the individual who’s in clothes that I look at—more about the inner soul than the outer.”

“Both the birth of hip-hop and the introduction to graffiti during the 1970s are examples of how young people, many poor, learned to adapt and overcome the numerous obstacles in their paths.”

“I’m often viewed as a hip-hop photographer, but I’m a social documentarian, and that’s where my heart is at.”

“Fashion plays a role in my work, but for me it’s sort of higher-level than that. It’s really about the individual who’s in clothes that I look at—more about the inner soul than the outer.”

Jamel Shabazz uses his camera to challenge stereotypes and negative perceptions about urban life – especially when it concerns New York’s minority communities –  by focusing on the vitality, diversity and shared humanity of his subjects. He shows young black men performing on a Midtown street; hijab-clad mannequins in a shop; a Hasidic Jew, a black man and an Asian-American teenager standing alongside one another in Union Square; people talking in front of the elaborately decorated facade of the Ethiopian Orthodox Coptic Church in Harlem.

His work is proof, when proof is still sadly needed, that when we live in such close proximity with others of different creed and class, we’re duty bound to listen, learn and understand.

Sights in the City: New York Street Photographs is out now published by Damiani and an exhibition of Jamel Shabazz’s work is now showing at United Photo Industries Gallery, Brooklyn until June 17.