Commemorating the 25th anniversary of her death, Genesis Imbert looks at the life and style that made Jackie Kennedy one of the most iconic women in world history

Who was Jackie Kennedy Onassis?  Beyond the famous name, lies the vestige of a courageous woman who inspired history books, documentaries and movies.  More than the tragedy surrounding her life; more than just a former First Lady of the United States President and more than being a catalyst in global fashion, she also became a respected cultural phenomenon.  Jackie’s daughter, Caroline Kennedy, said it best in an interview with the Boston Globe in 2011:

“I think people had a sense of her style but probably didn’t understand how well-read and interesting she was.’’

Jackie Kennedy Onassis grew up in a wealthy family in Manhattan, New York.  Inspired in her childhood years by her stylish mother, Janet, getting ready for school and social events had already extended beyond the usual dresses and casual attire.  By the time they were teenagers Jackie and her sister, Lee Radizwill, had started to relish the annual debutante balls – a tradition among the well-heeled that became their own kind of ‘fashion week’ in New York society circles.  In fact, her future influence on world culture was already being foreshadowed when celebrated society columnist of the time, Igor Cassini, crowned her ‘Debutante of the Year’ in 1947. 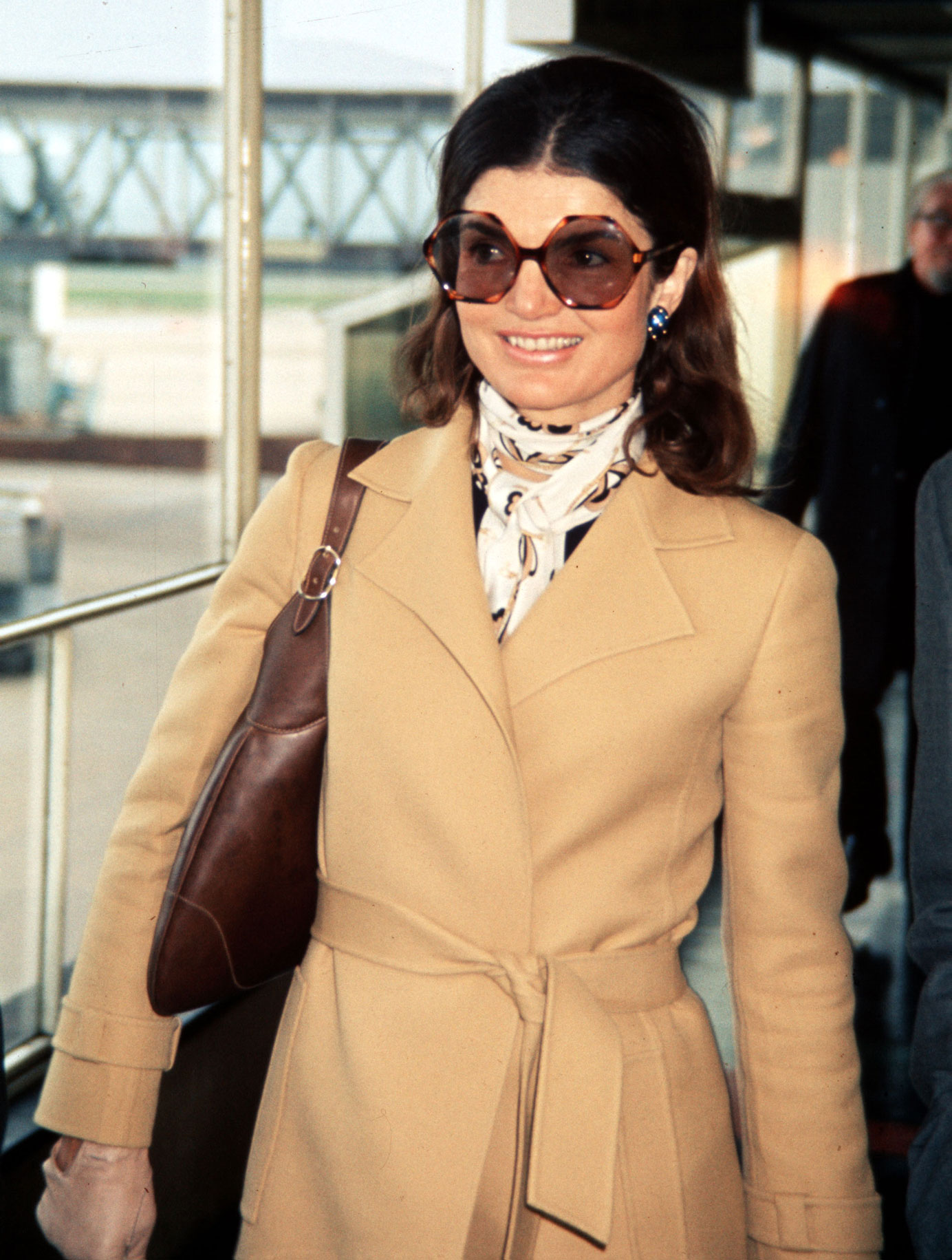 But as a young woman Jackie yearned to find her own individual calling and break free from her high-class family. She grew to love reading and learning and eventually developed a passion for American history. After graduating college Jacqueline Lee Bouvier, as she was then known, became a reporter and photographer for the Washington Times Herald.   This proved to be pivotal to her life’s story because it was while attending a dinner party with a fellow journalist in 1952 that she was introduced to her future husband, John F. Kennedy.  Simply and eloquently, she described him as, “Young and loved.  You know, everything.”  From the earliest moments everyone could see just how much she loved and adored Kennedy. It became the ‘and the rest is history’ moment and by 1953 they were married.

When Kennedy was elected President of the United States in 1960, he and Jackie became the youngest couple to ever live in the White House, as well as the first to be accompanied by two young children, Caroline and John F. Kennedy Jr.  Yet, despite being the epitome of the ‘All-American family’, Jackie had faced a barrage of criticism from the media over her fashion choices during the election campaign.  By that time, she had discovered the French designer aesthetic and her style had begun to rub the traditional conservative American press the wrong way.  “Spoiled” and “snob” began to creep into their descriptions of her.

As the youngest First Lady, Jackie was determined not to be swayed from keeping her own sense of style and identity, and being the modern American woman she wanted to be.  To help her navigate this path she hired American fashion designer Oleg Cassini – elder brother to Igor – to refine her style and design her wardrobe.  This went on to be such a successful creative partnership Oleg became known as the man who created the unique ‘Jackie Look’ and later went on to earn the unofficial government title, ‘Secretary of Style’.  The Jackie Look quickly became a sensation and women all over the world began wearing pillbox hats and copying the chin length bouffant hairstyle.  During presidential trips she would even have Cassini design specific outfits for each country she visited in order to be able to better connect with the people.  For her it wasn’t just about fashion.  It was also a subtle way of non-verbal communication on an international stage in troubled times. 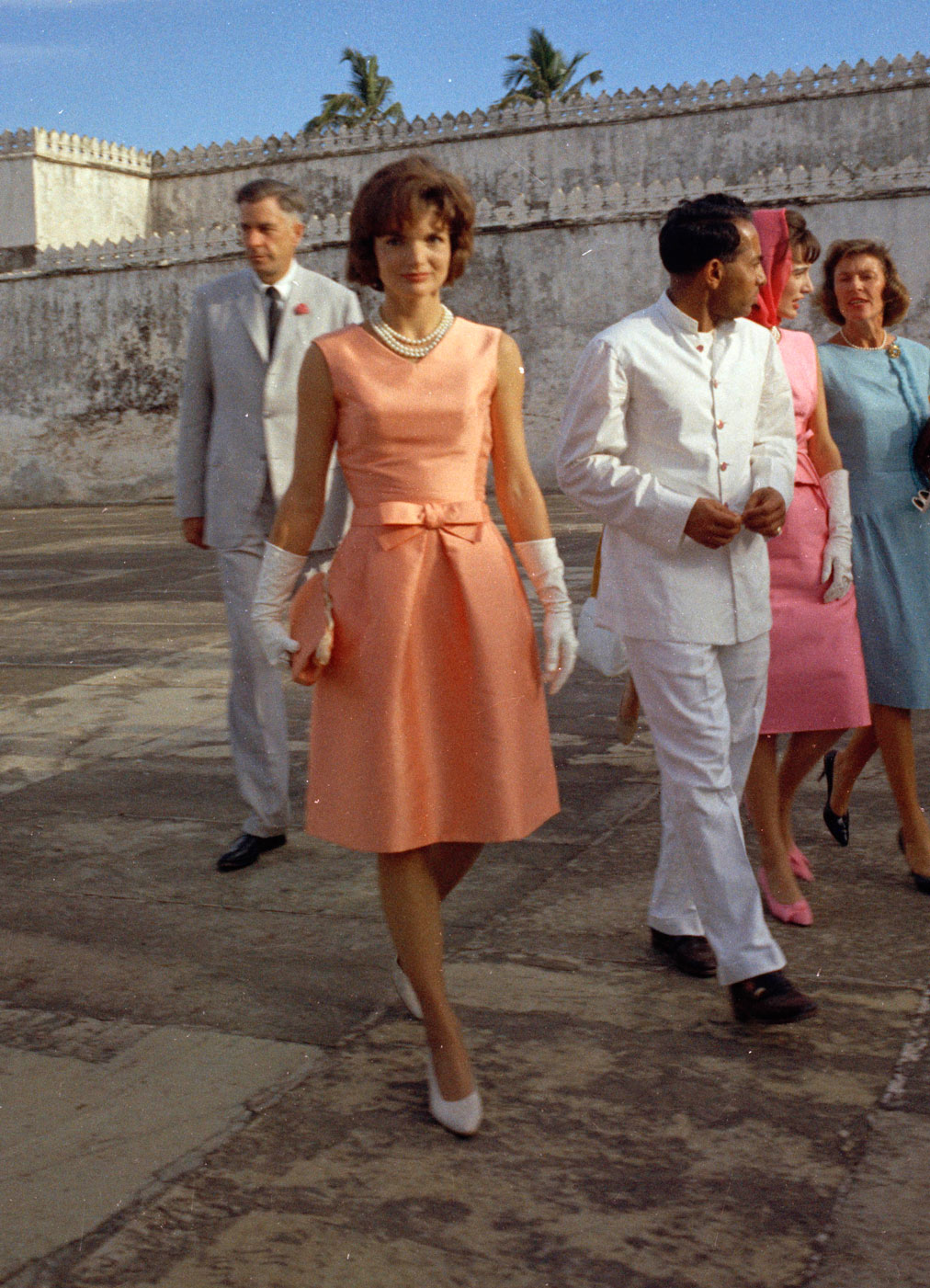 After only a few months in the white house, and riding high on the renewed optimism in the country, President Kennedy decided he wanted his family to be involved in his work as much as possible.  He appointed his younger brother, Robert F. Kennedy, as United States Attorney General and expanded Jackie’s involvement as a multi-lingual First Lady (she spoke four languages).  With her passion for American history, Jackie leaned into her new role and decided to restore the many neglected areas of their new home, The White House, to their former glories.  The subsequent unveiling of the restoration was filmed for the now famous special documentary for CBS television, which went on to win an Emmy in 1962.  To date, Jackie Kennedy remains the only First Lady to receive an award for, essentially, her unique style and creative eye.  Even the outfit she wore in the documentary – a simple red two-piece dress with long sleeves and a bateau neckline accompanied by a three-strand pearl necklace paired with pearl earrings – became an iconic image in fashion. 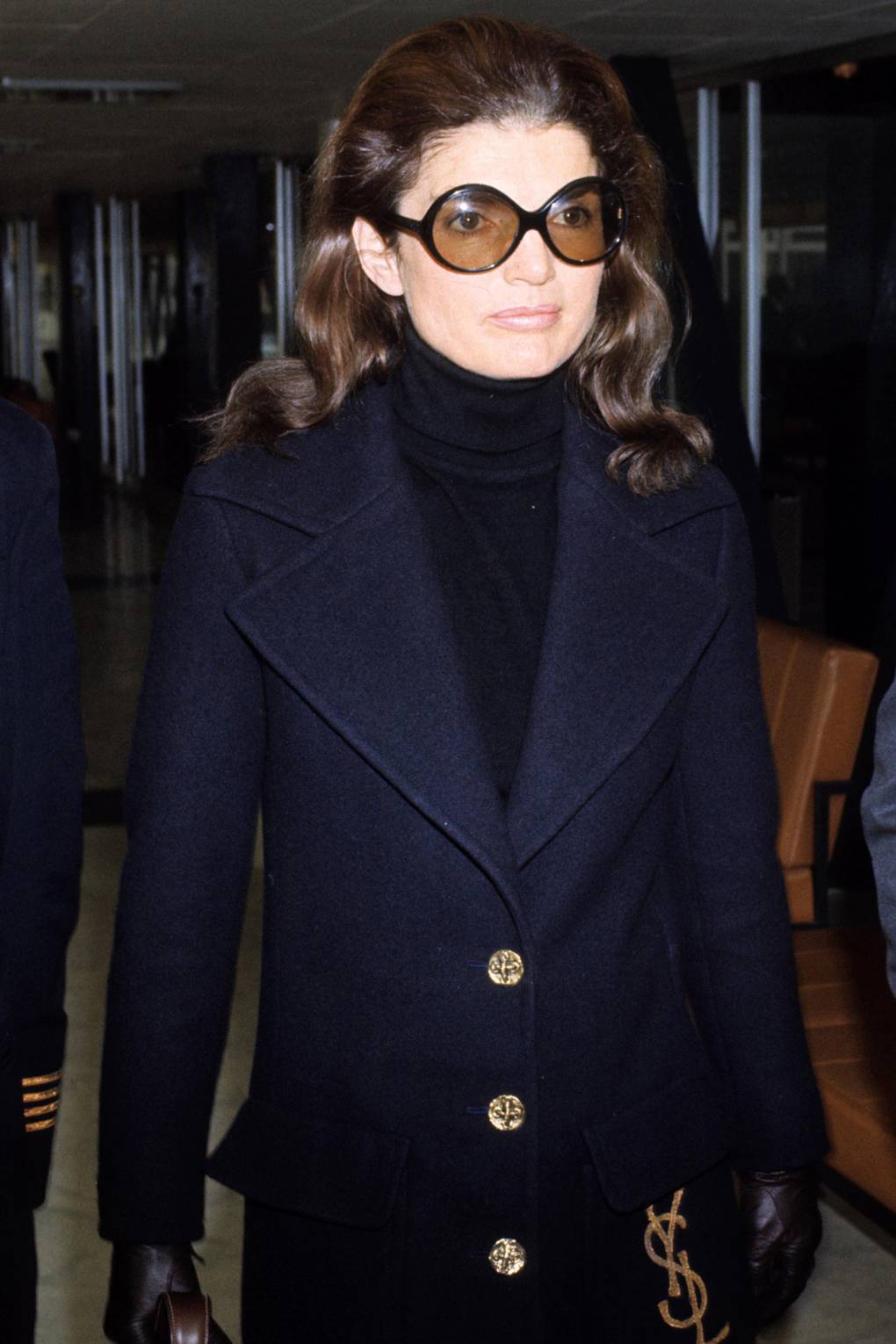 November 22, 1963 is a date already etched into the collective American consciousness and even Jackie’s pink Chanel suit from that day became a part of that sad chapter of American history.  She had refused to take it off in the aftermath of her husband’s assassination, despite it being covered in his blood.  As she defiantly said at the time: “I want them to see what they’ve done to Jack.”  The horror of that day effectively ended any relationship the media had enjoyed with Jackie Kennedy.  After the funeral she shut the world out, returned to Manhattan and refused any interviews in an attempt to give her children an opportunity to heal and live normal lives.  By 1968 she had married long-time friend Aristotle Onassis and tried as much as possible to live a private life, always hiding behind her famous large sunglasses – another look that became an effortless yet iconic statement of style for her.

Up until her death on May 19, 1994, from non-Hodgkin’s lymphoma, Jackie Kennedy Onassis set the standard for fashion, elegance and independence for women all over the world.  She left behind a legacy for important women in the public eye that has since been added to by other famous woman in history, like Audrey Hepburn, Princess Diana and Michelle Obama.  And not because she was just a fashion icon, but also because she was someone with substance who treated others with the same elegance and grace for which she herself was best well known. 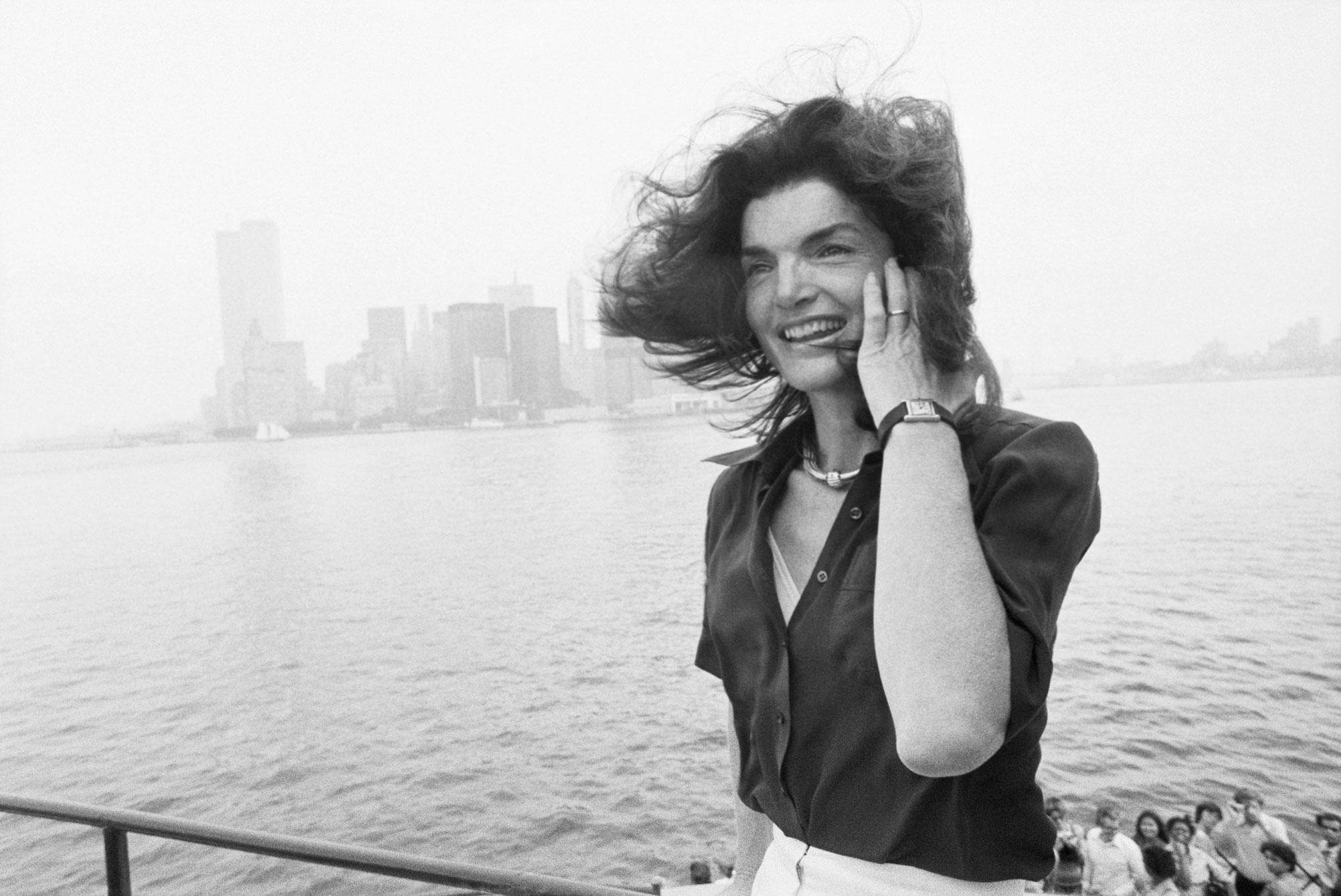