Gucci – Winter in the Park

The stars of music, fashion and film all come together for Gucci's new digital campaign

London is our home.  And while no city is perfect, and London (British) weather is not usually the stuff of picture postcards in the winter months, there is still that underlying sense that we do live in the best city in the world.  Not least because of the variety and amount our home city has to offer.  There are few more culturally vivid places on Earth.  It’s why the newly released Gucci – Winter in the Park bag campaign lands with so much impact.  The fact that it is a beautiful campaign is a given.  The three global stars that front the campaign are, likewise, perfect.  And, who doesn’t love a beautiful bag?  Combining everything in a London setting that uses the grey skies, the fallen leaves and a misty atmosphere as characters that bring an extra romance and nostalgia to the stage, are the kinds of intriguing creative choices that makes Gucci creative director Alessandro Michele such an exciting creative mind to follow. 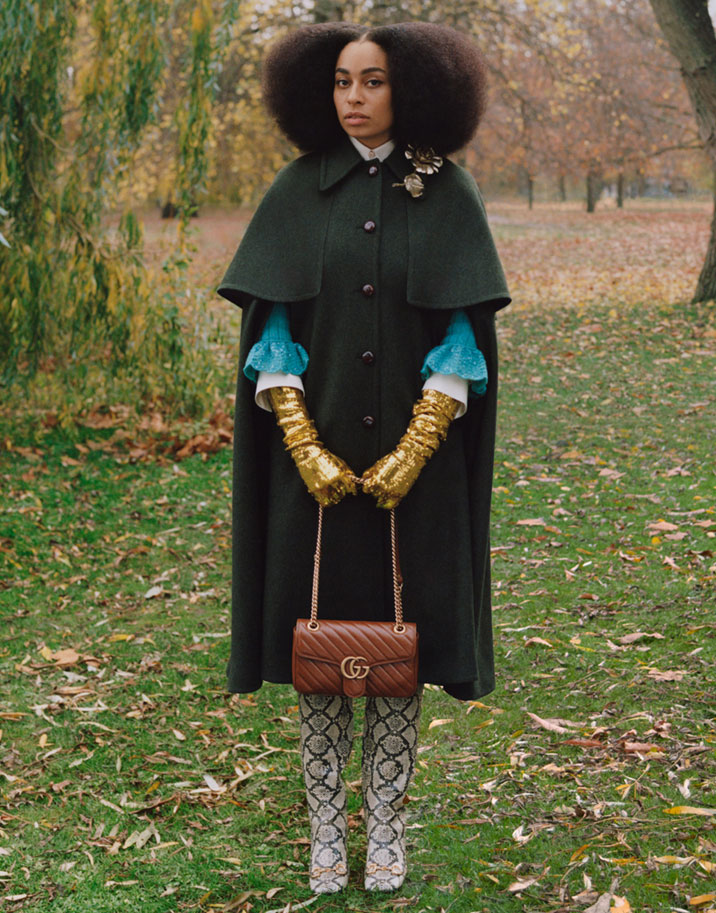 A beautiful London City park is the backdrop for the suitably cool, all-British cast of singer/songwriter Celeste, model/designer Alexa Chung and actress Vanessa Kirby.  Of course, each one is dressed head-to-toe in Gucci from the House’s Gucci Epilogue collection and with accessories from the Beloved Lines collection.  The genius comes with the foresight to know just how vibrantly the colours from the all of the collections shown would reverberate around each image when set against a wintery London background. 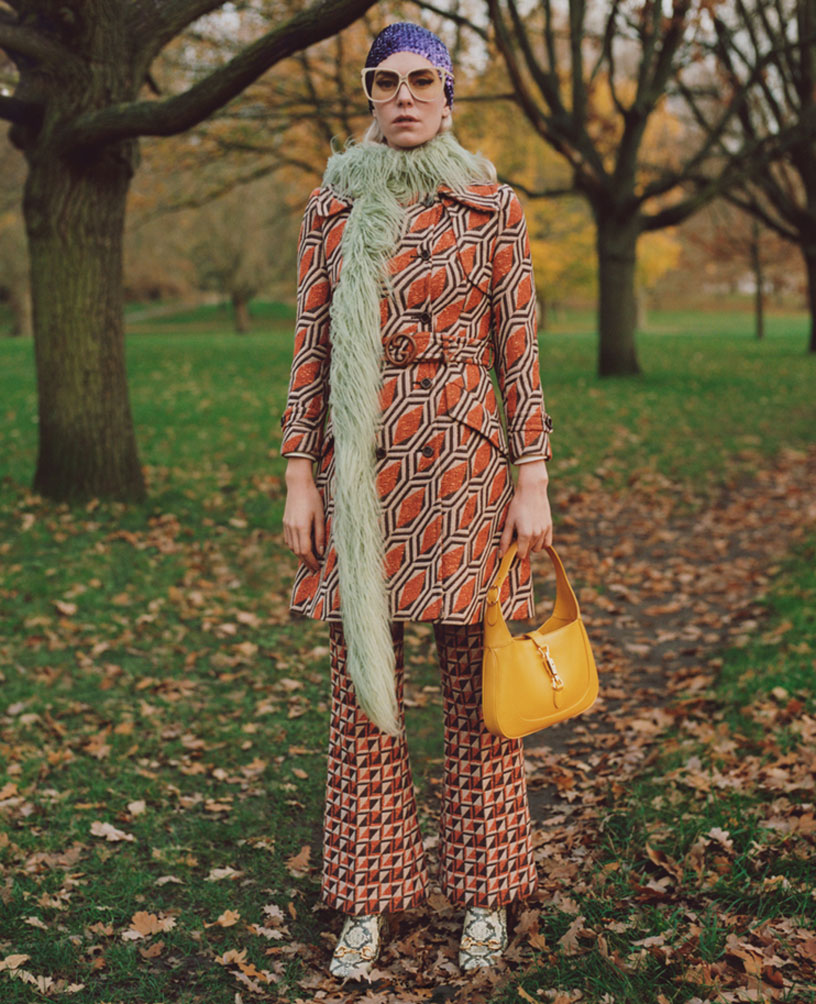 With such creative yet competing influences all under one roof it might be a little hard to determine who the real ‘stars of the show’ actually are.  As difficult as that may be, once you’ve taken it all in you’ll soon realise there’s still only one reigning champ here: the bags.  The campaign itself is built around four different styles – the Marmont soft leather version featuring the famous interlocking ‘G”s design seen on the belts in Michele’s first collection; an updated version of Gucci’s iconic Jackie 1961 bag; a new interpretation of the Gucci Horsebit 1955 bag complete with the equestrian-inspired double ring and bar detailing; and the Dionysus bag, an intriguing hybrid of old and new House codes that announces itself with a bold double tiger head closure – and if you know the legend of Dionysus you can probably figure out the significance of the double tiger heads. 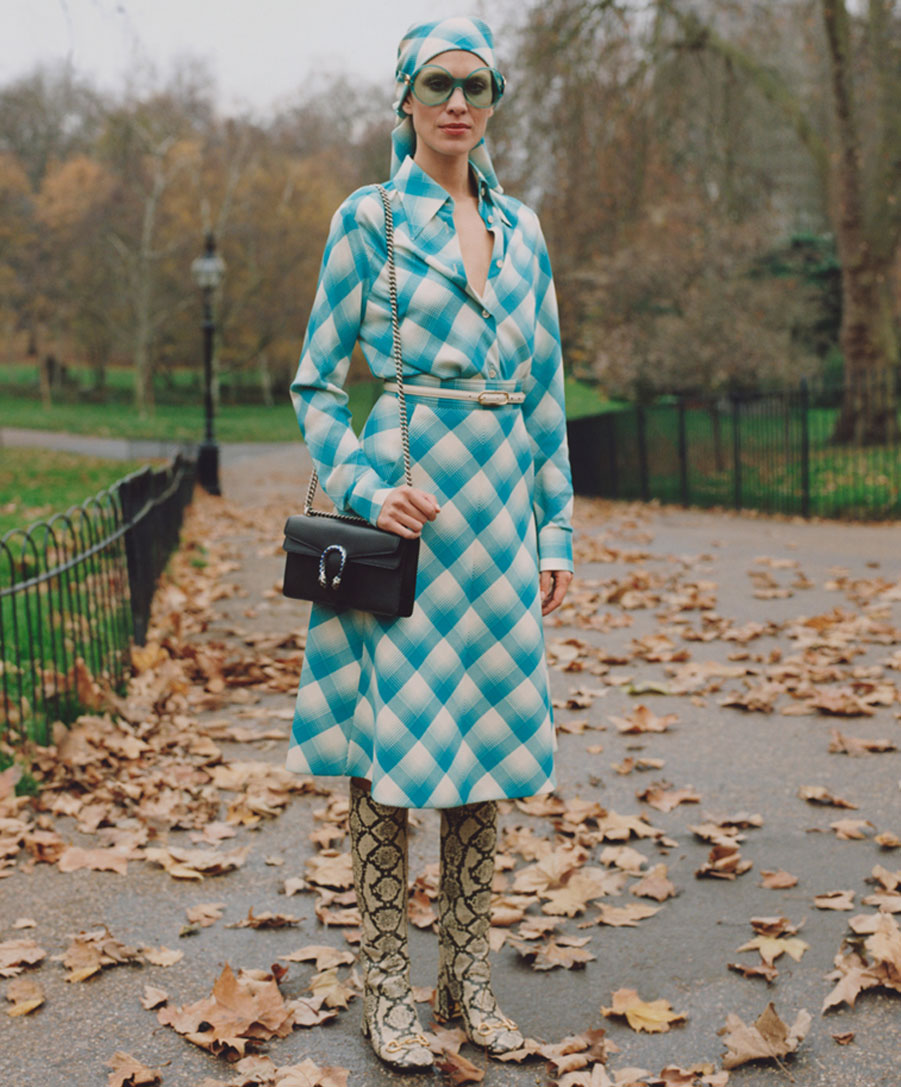 All in all, this is a gorgeous and quintessentially Gucci campaign that fills in more of the picture we’re all watching Alessandro Michele paint in anticipation.  We’ll be eagerly anticipating the next time he adds to it.

See more images from the Gucci – Winter in the Park campaign by following us on Instagram today.

Click here to read our previous feature on Gucci.

For more information on Gucci – Winter in the Park click here.