The final part of Gucci's 2020 narrative leaves us wanting more

As the title might suggest, The Epilogue is the bookend Cruise 2021 campaign from Italian giants Gucci that wraps up their year-long, three-part ‘tale of subversion’ designed to turn fashion – and fashion campaigns themselves – inside out.  The subtext underwriting Gucci’s innovative and disruptive 2020 has been to demystify the sharp end of luxury fashion to finally usher the wider public past the intimidating velvet rope and make backstage the real front stage at last.  Ironically, the result has been to create a new fashion dynamic just as exciting and as creative as anything previous that’s no doubt likely to be replicated elsewhere.  After all, fashion at its core is all about following the hottest new trends from the industry’s innovators. 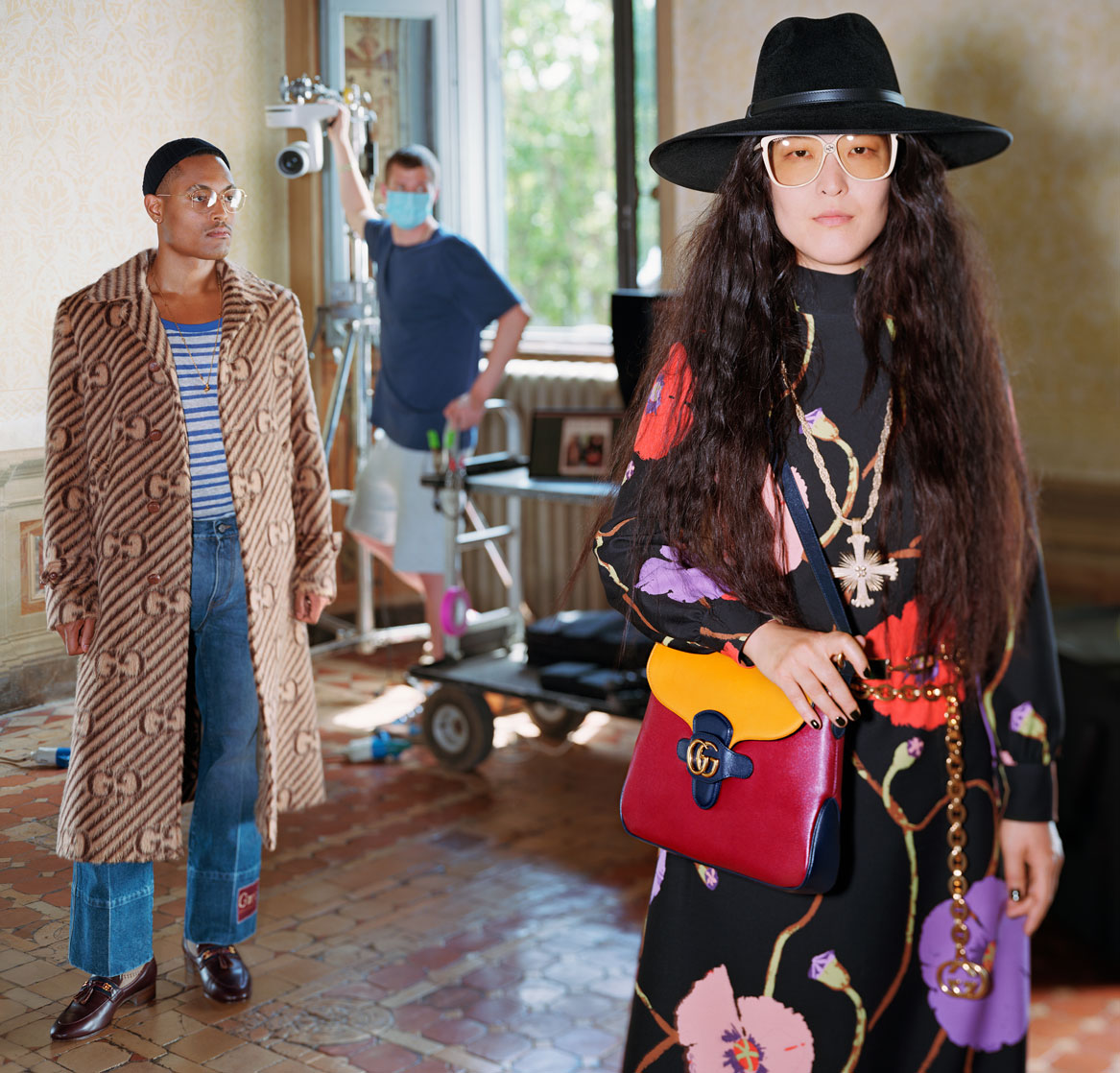 This long-term narrative arc began back in February with the An Unrepeatable Ritual show where creative director Alessandro Michele took the normally unseen backstage preparations and made them the focus of show instead.  It was then followed up by the sequel in May, The Ritual, billed as a ‘radical experimentation’, where the models in the campaign became their own creative authors of their shoots for the campaign.  This new final chapter explores the dichotomy between ‘external decadence and personal extroversion’ and is set in two opposing yet complementary locations – the Palazzo Sacchetti, a building of great historical artistic importance in Rome, and Campo Barrio in the shadow of Vatican City; an urban, distressed, graffiti-covered area of Rome. 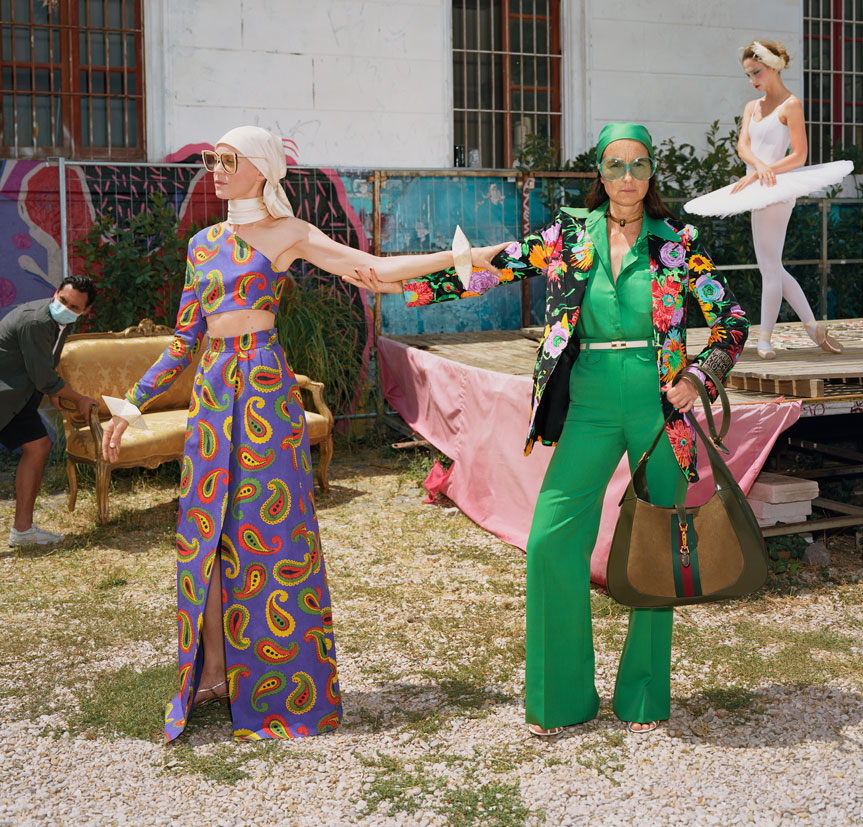 Once again, it’s the Gucci design team that are the lead actors of their own plays in the campaign; wearing the designs that they themselves helped to create and blurring the usually impenetrable lines between presentation and production.

I brought together different things, which represent the messy beauty that I have always sought: the chaos of beauty.  What happens to the relation between reality and fiction when prying eyes sneak into the mechanisms of the production of an image?  What happens to fashion, when the true goes back to being just a moment of the false? Breaking the spell that forces my collaborators to passionately work on clothes they later have to abandon, I asked the team to wear them.  And so we did a self-sufficient job, all inside our house, mixing things we had already done with things we were about to – overcoming the schemes of the time coherently with my idea of The Epilogue, the final resolution of a future that is largely present. – Alessandro Michele, Creative Director, Gucci. 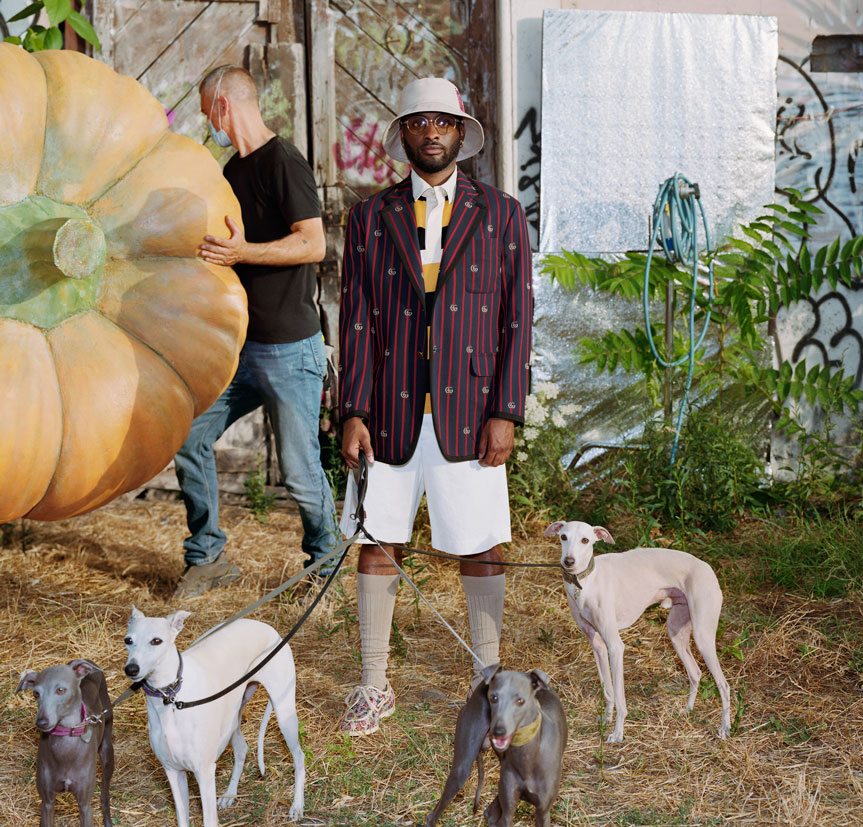 The campaign, shot by Minneapolis-based photographer Alec Soth, is also accompanied by a short film by award-winning Roman film directors Damiano and Fabio D’Innocenzo that serves to tie together all the narrative threads of this specific campaign and the overall year-long narrative started at the turn of the year.  All of which should leave interested observers with one burning, over-riding question: what will Gucci be bringing to us in 2021? 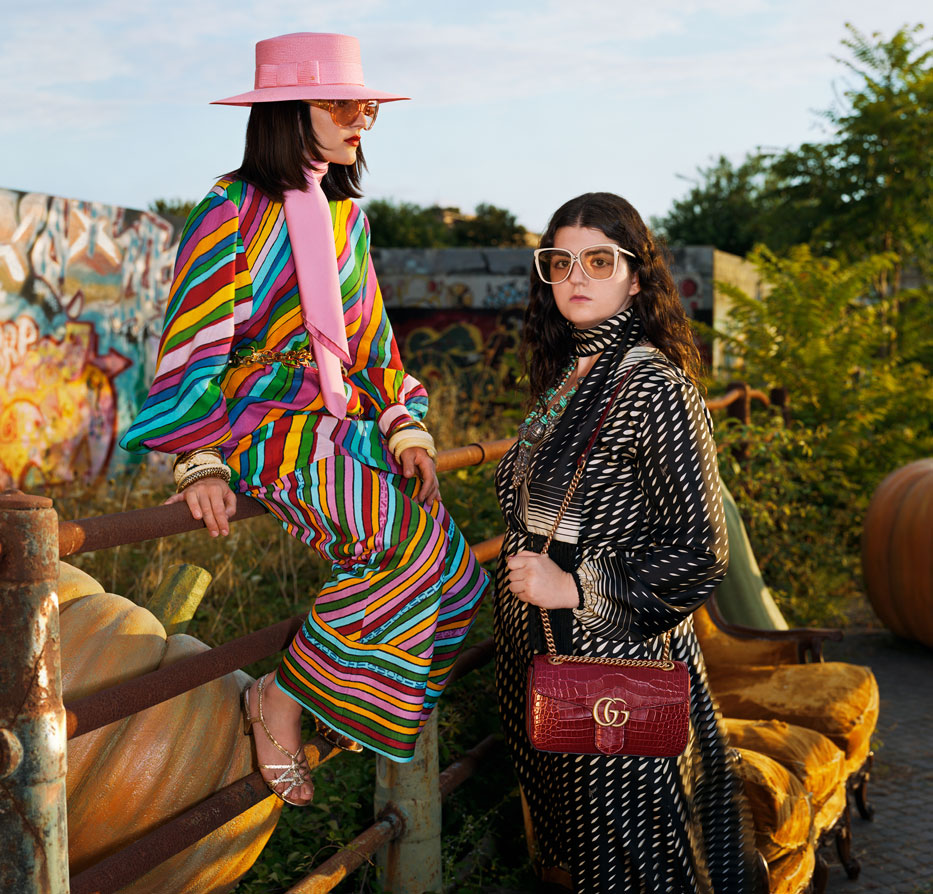 For more information on The Epilogue by Gucci click here.

To see our previous feature on Gucci click here.