For the Gucci SS23 show at Milan Fashion Week, creative director Alessandro Michelle quite literally ‘toed the line’ between symmetricity and alterity.  His new collection, Twinsburg, looked to explore the idea of one’s state of being when connected via twinship.  Inspired by his upbringing with two female figureheads – his mothers Eralda and Giuliana – he playfully sent duplicate looks down the catwalk dressed on a cast compromised entirely of sets of twins.  The creativity and the showmanship added to a collection was as elegant as it was bashful, with the doubling up of looks concentrating the mind on the details in a deep search for potential differences and disruptions. 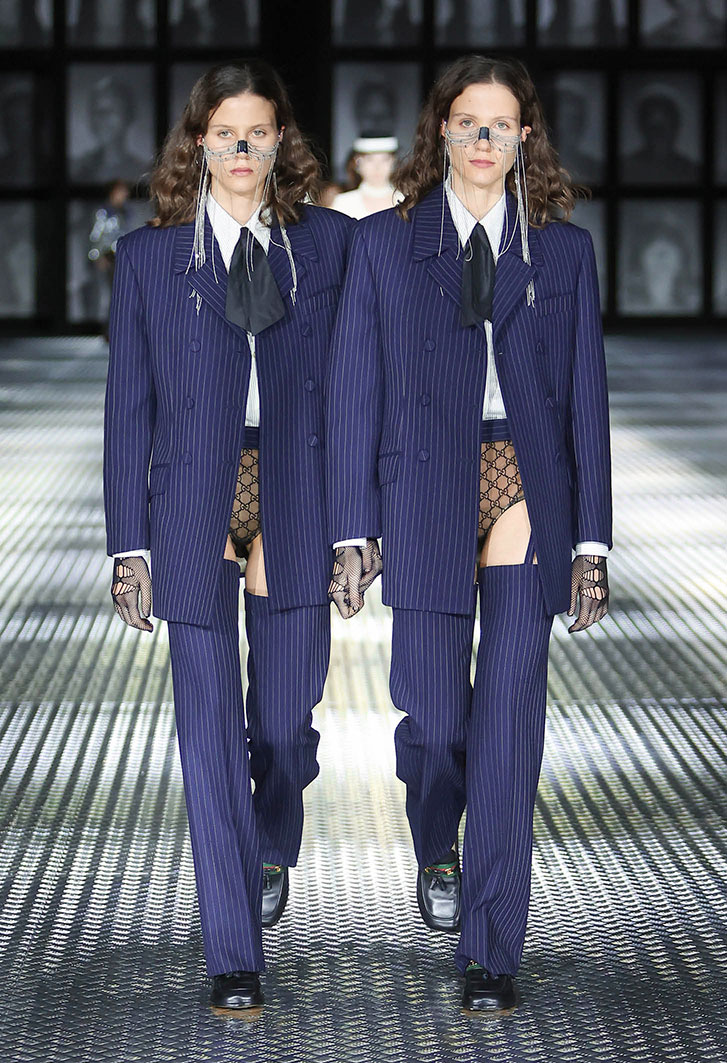 The show started with the androgynous tailoring synonymous with Michelle’s version of Gucci.  This toned down, boxy silhouette was to return on multiple occasions throughout the narrative, presenting itself on male and female models alike, and recurring in pinstriping in dark workwear hues and tan and brown checks.  Interspersed with the more subdued palette came flashes of colour and bountiful doses of print-on-print looks that delved deeper into the otherness of the two extremes being presented. 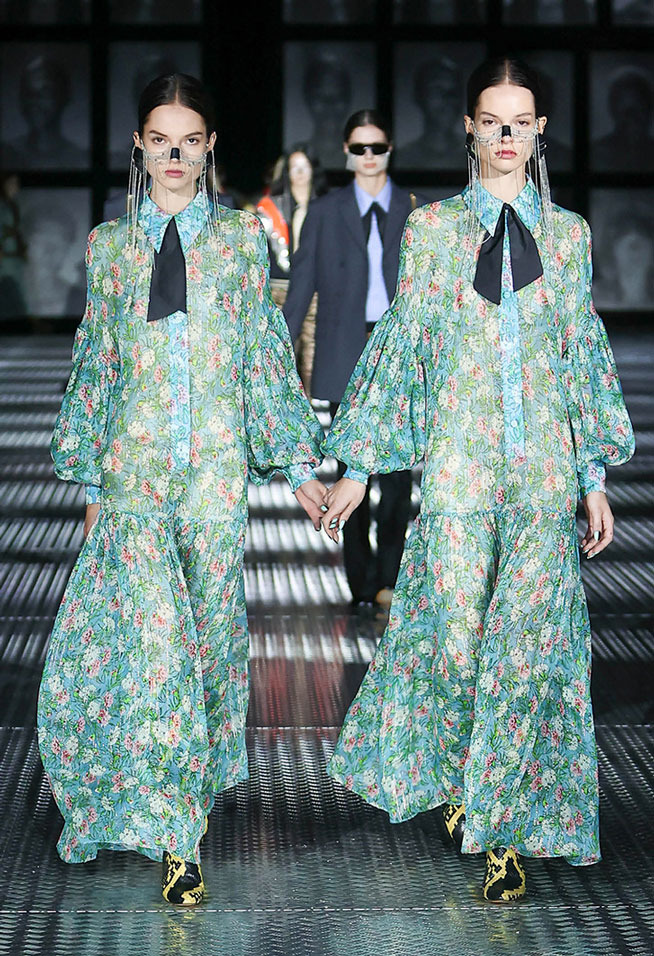 Volume and stature made themselves known through blooming ruffle-tiered looks in violets and blues, and simple dropped shoulders implied a relaxed feel for some of the semi-tailored garments on show.  The tension between constraint and release through sharp-edged lapels and floral-print prairie gowns seemed almost lost amongst the double-ness, and fed into the dissection of ‘co-belonging’ and ‘sisterhood’ that Twinsburg offered. 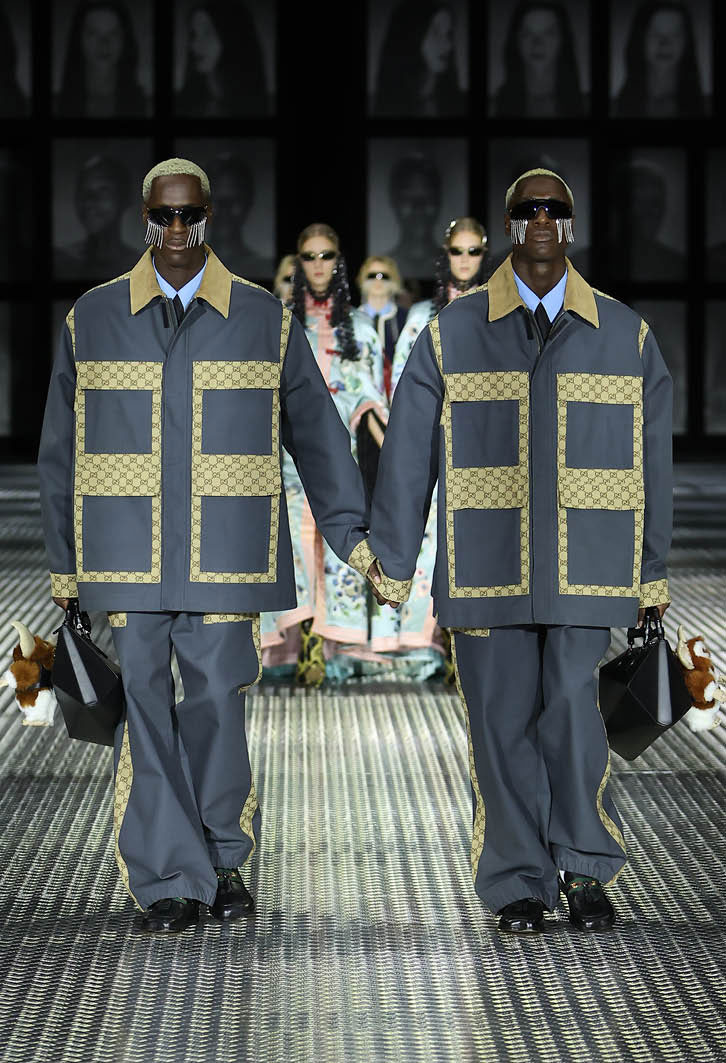 As is common with Michelle’s vision for Gucci, there was even subtext behind the subtext; a subtle nod to the duplicity, if you will, because, matter how innovative, eager, and even mischievous the show was in its actualisation, it was still the collection that caused you to double take.  Gucci SS23, in all its exuberance, offered us the all too rare chance to renew our ongoing relationships with fashion and re-establish its ability to mirror one’s identity. 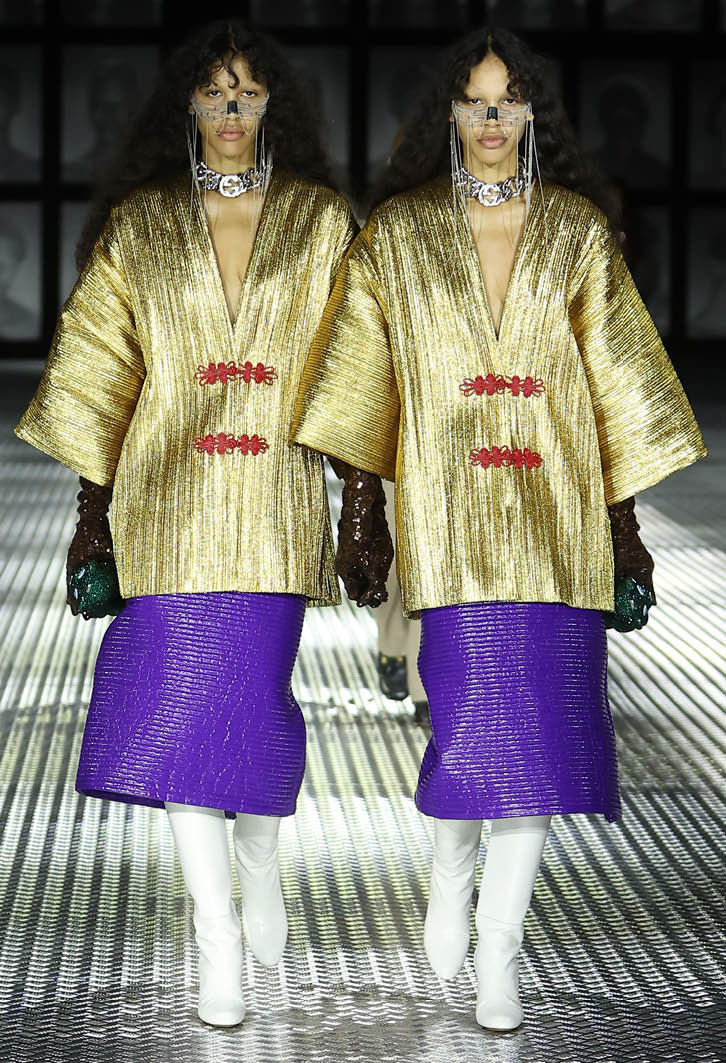