There’s only a few of us in this world who will ever get to be a rock star.  For the rest of us we’ll just have to rely on people like Gucci creative director Alessandro Michele to give us tantalising glimpses into the glare of the bright lights of global rock and rap star’s life.  Of course, on this occasion, this is more like a hyper-real, almost graphic novel version of a rock star’s life, created under the careful supervision of art director Christopher Simmons.  What would be the point if there was no fantasy to it to vicariously enjoy? 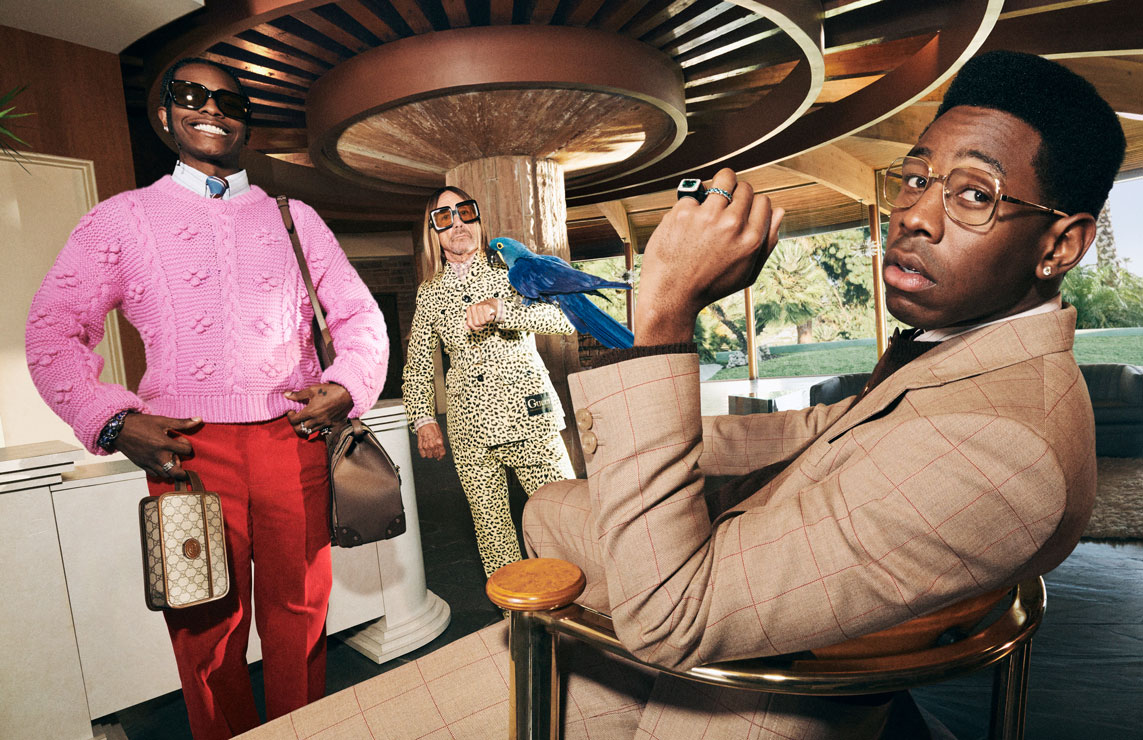 Gucci tailoring has always been one of their hallmarks and that particular signature has been enhanced for this particular campaign with three particularly ‘idiosyncratic’ recording artists in front of photographer Harmony Korine’s lens.  Rap gods A$ap Rocky and Tyler the Creator are joined by rock’s original Passenger, Iggy Pop, in a retro-modernist mansion in LA (complete with shagpile rugs on tiled floors and wood and stone panelling on the walls) for a shoot that is equal parts absurdist and surreal as it is creative and engaging.  Although, it does also help to you have people who look this good in Gucci-wear and who have already spent most of their adult lives externalising their unique creative personalities in one way or another to the world.

The result is a group campaign with three men who I believe had fun too.  There is always this image of eccentricity, because they are in fact eccentric themselves.  A certain type of fun is also portrayed and the idea of how one’s obsession with appearances can create a kind of common ground that can become a sort of brotherhood. It was beautiful to see these three men together, seemingly different but very similar. – Alessandro Michele, creative director, Gucci. 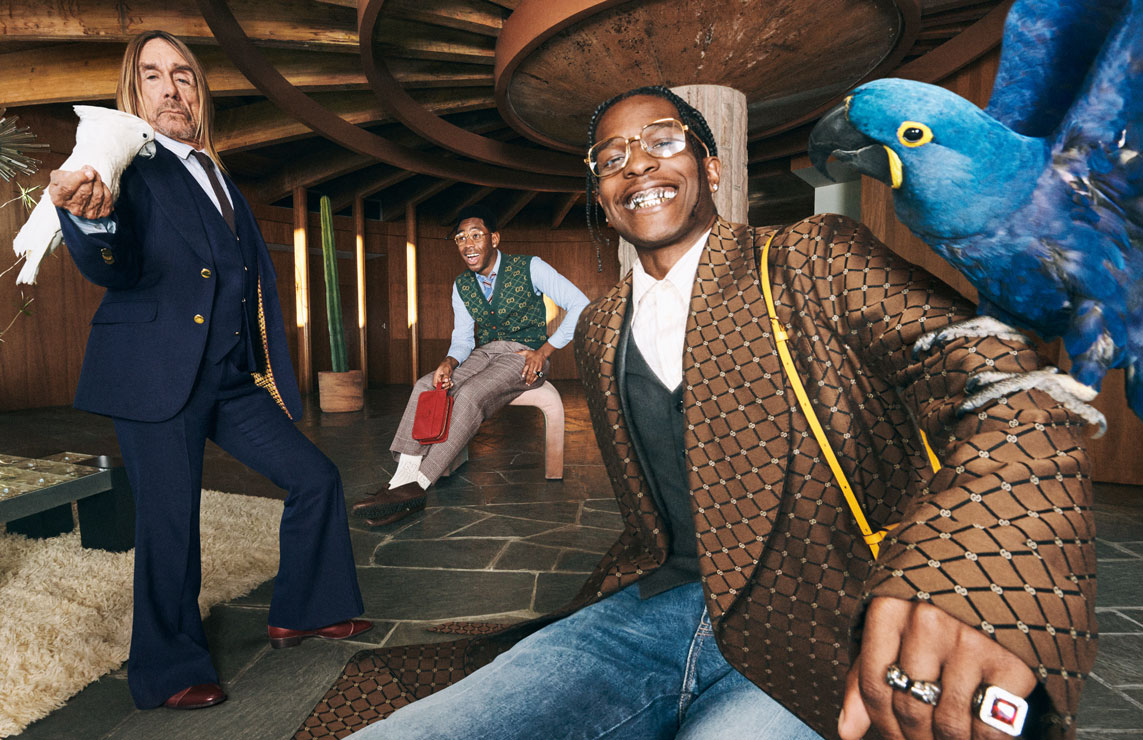 Despite the vast differences in musical styles and upbringings these three men represent, it quickly becomes clear over the course of the imagery that there is a shared creative respect and admiration there that cuts through all the superficial stuff and leaves behind the the genuine camaraderie we see on screen.  Pour some Gucci in bold colours and some eye-catching patterns all over it, mix in a parrot and a macaw (because why not?), bake for 20 minutes and you’ll have a perfectly pitched campaign that tells a story of male elegance, fun and brotherhood.  Because, as Michele says, “male elegance can be unpredictable and strange.” 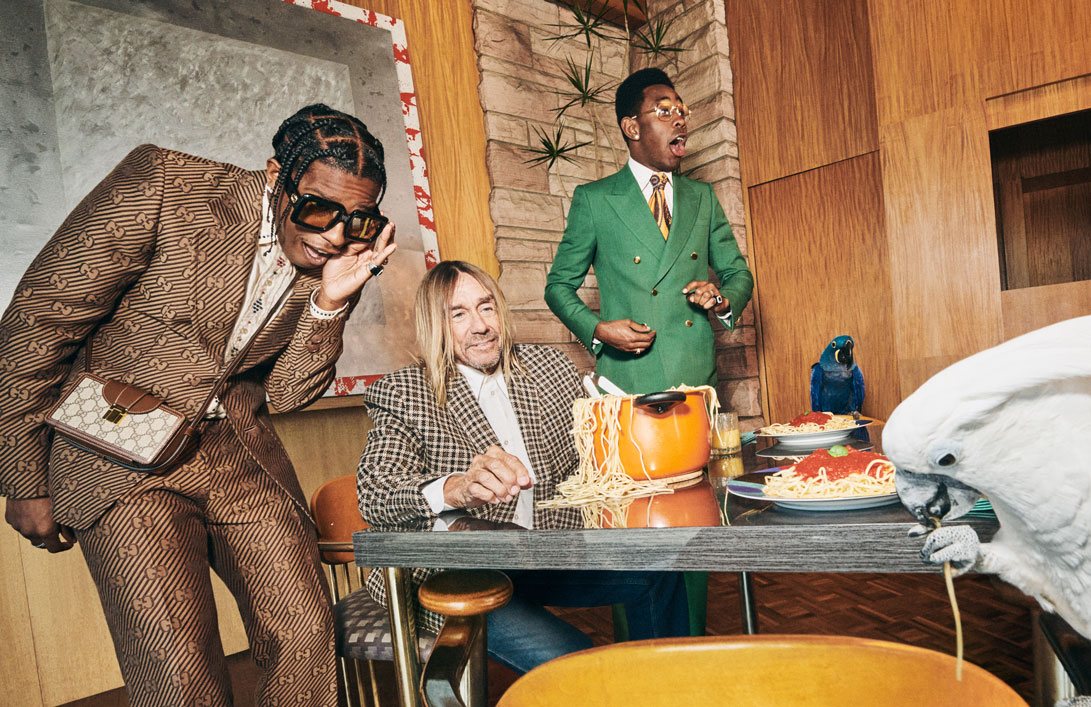 To see our last feature on Gucci click here.

Click here for more information on Gucci – Life of a Rock Star.