2022 undoubtedly belongs to Harry Styles, whose star continues to rise in its unmatched ascendancy.   Not only did he release his platinum selling third album, Harry’s House, but also took it on a global tour while starring in a leading role in the year’s most talked about film, Don’t Worry Darling. 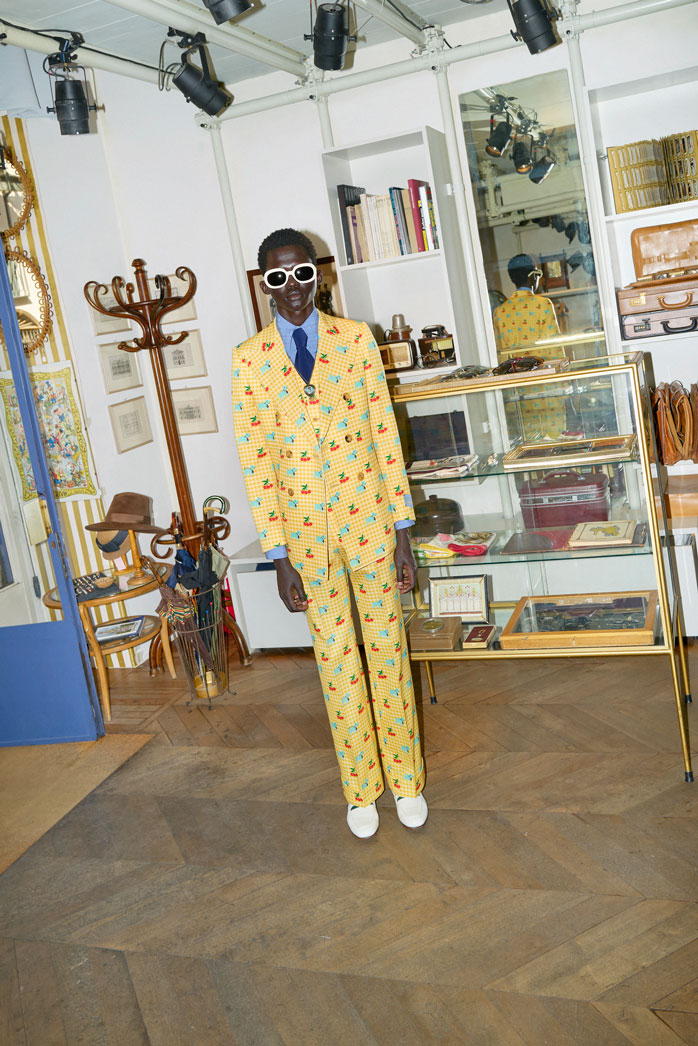 Yet, as the new year beckons, the multifaceted creative shows no signs of slowing down.  Not if the release of the new Gucci HA HA HA capsule and campaign is anything to go by.   A collaboration with creative director Alessandro Michele, it’s as much the culmination of their years-long friendship as it is a playful and avant-garde exploration and deconstruction of masculinity and its associated dress codes. 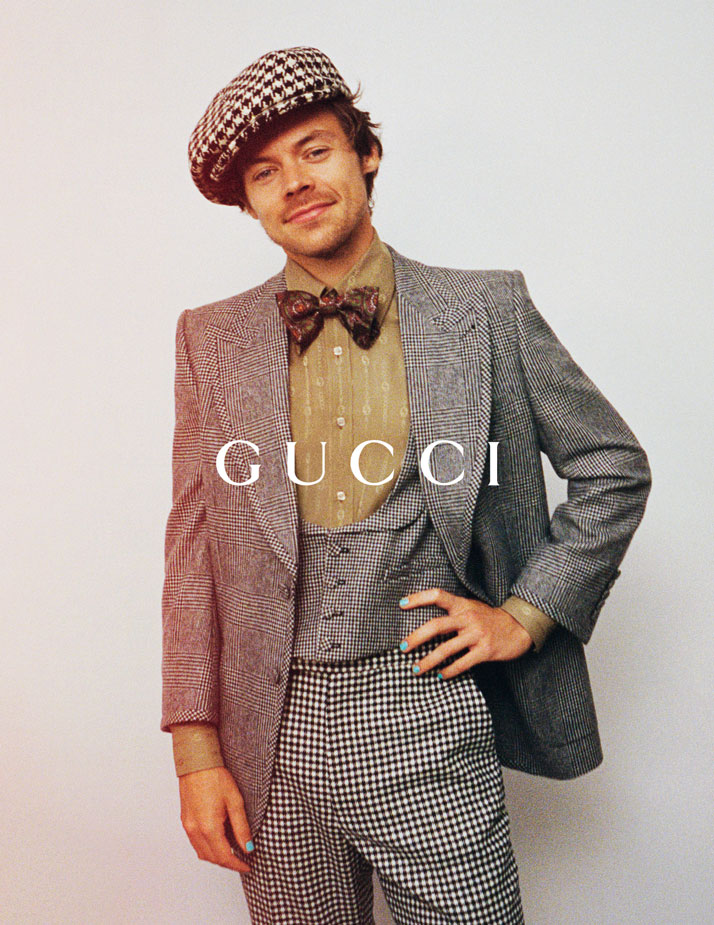 Styles’ career is whimsically referenced throughout the new story, and is as much a combination of past and present as it is masculine and feminine.  Cotton jersey tees are emblazoned with lyrics from his songs like 2019’s Fine Line and 2020’s Watermelon Sugar 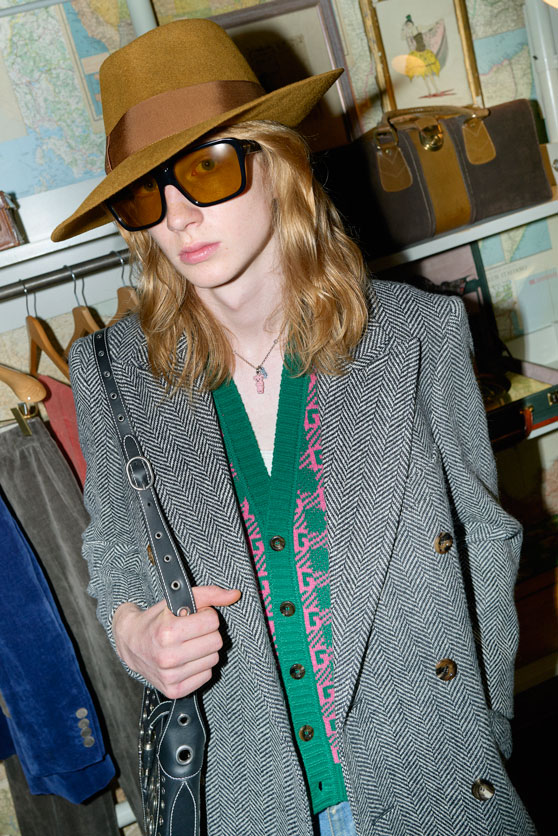 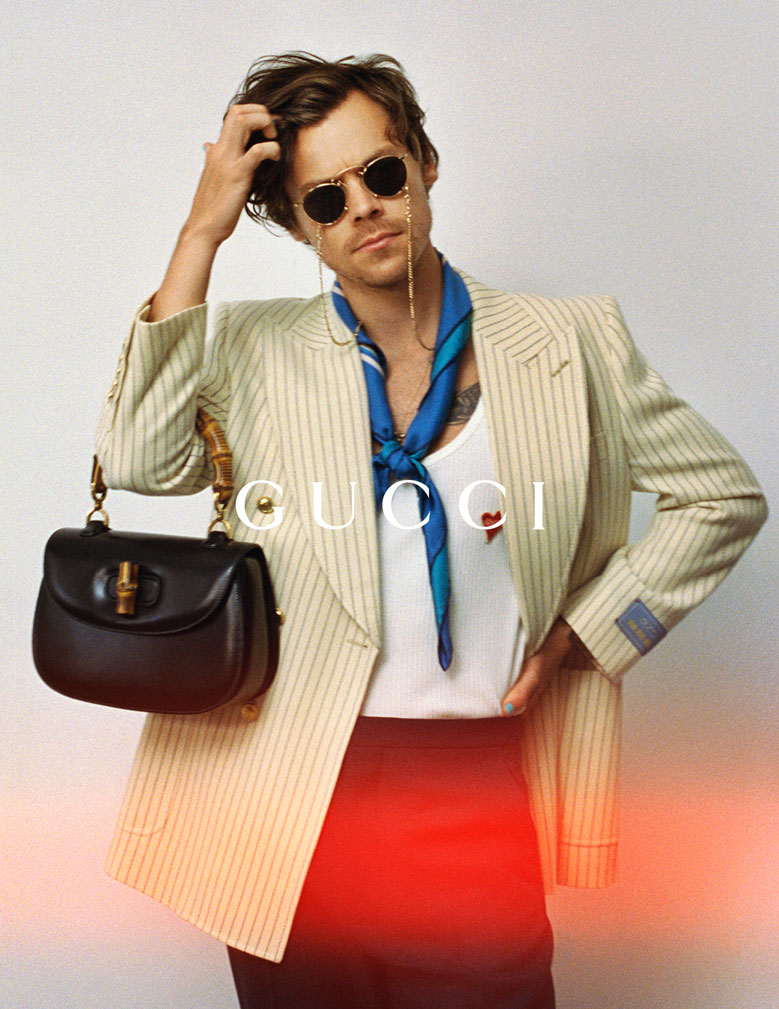 In the accompanying campaign, Liberated Vanity, photographer and director Mark Borthwick finds Styles in a typically theatrical mood indulging in a game of dress up with the entire collection.  Throughout it all, he seems unconcerned with the expectations imposed upon men and revels in the freedom it brings him.  Indeed, a notable constant of Styles’ attention is the classic Bamboo 1947 bag that brings a fresh energy to traditional tropes.  Liberated Vanity is a quick and compelling study of a man in the prime of his career, comfortable in his own skin and unafraid of redefining expectations. 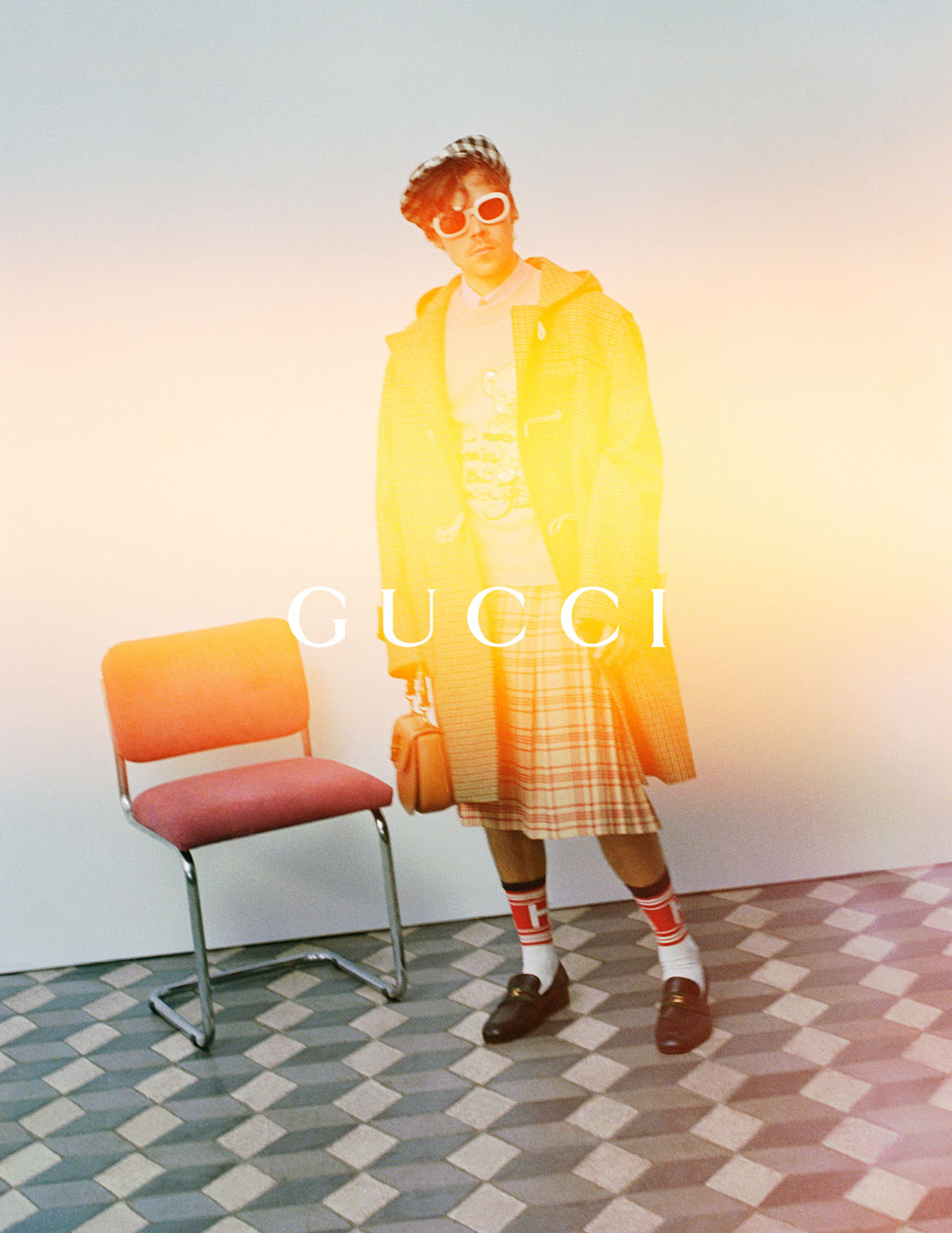 With Gucci HA HA HA, Alessandro Michele and Harry Styles offer a tantalising and intoxicating glimpse of a new masculinity freed from the shackles from societal diktats.  With that in mind, who amongst us wouldn’t want to play dress up once more?

To read our last feature on Gucci, click here