Since his debut collection in 2015, Alessandro Michele has made it clear how his work at Gucci is not just about clothes.  Constantly taking inspiration from art, literature and theatrical pieces, he’s been able to connect culture and fashion season after season with unerring accuracy.  This is also true with the brand’s latest campaign, The Exquisite. 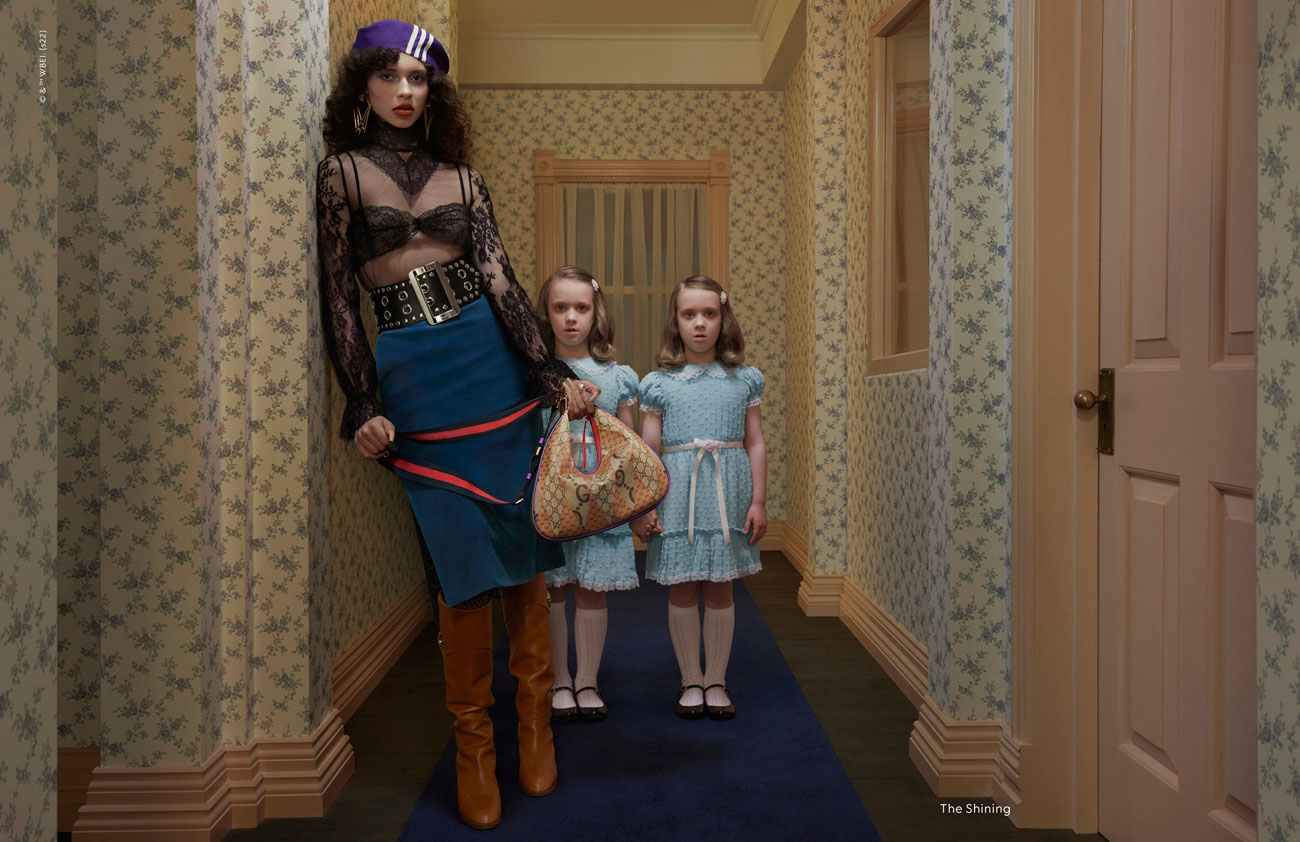 The campaign short film, directed by Mert and Marcus, pays tribute to the designer’s long-standing love for the visionary power of cinema.  And, for Michele, none had better vision than Stanley Kubrick, “a philosophic filmmaker who, better than others, emanated the magic of that inextricable knot through which cinema exudes life and magnifies it.” 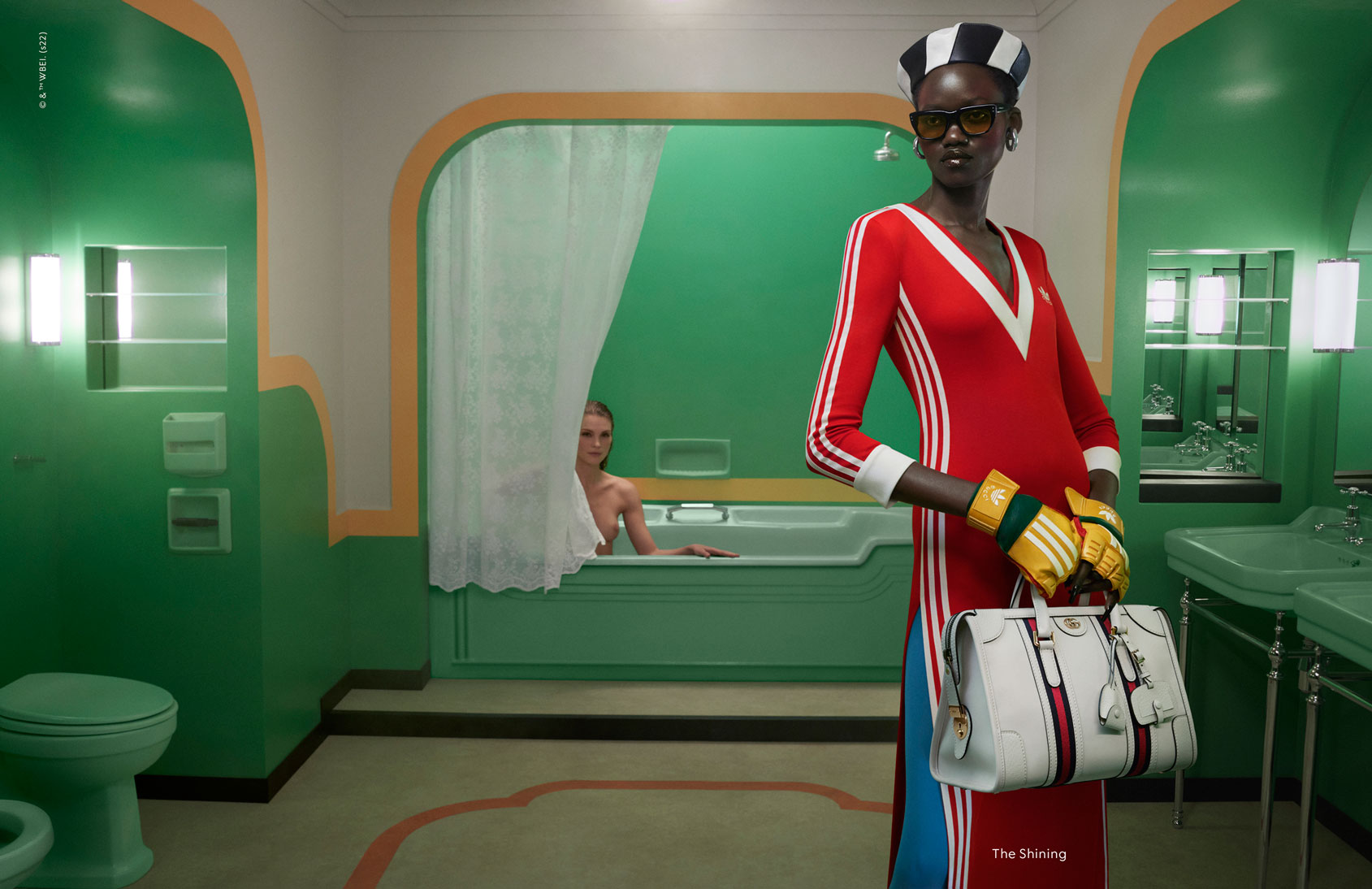 To convey the perfect “cinematography of the present,” Michele decided to borrow Kubrick’s incendiary approach to creativity.  By re-interpreting some of the director’s masterpieces, he was able to tell is own new and intriguing story.  A dozen iconic scenes – from the likes of 2001: A Space Odyssey (1968), A Clockwork Orange (1971), Barry Lindon (1975), Eyes Wide Shut (1999) and The Shining (1980) became the canvas on which the Gucci collection would be displayed. 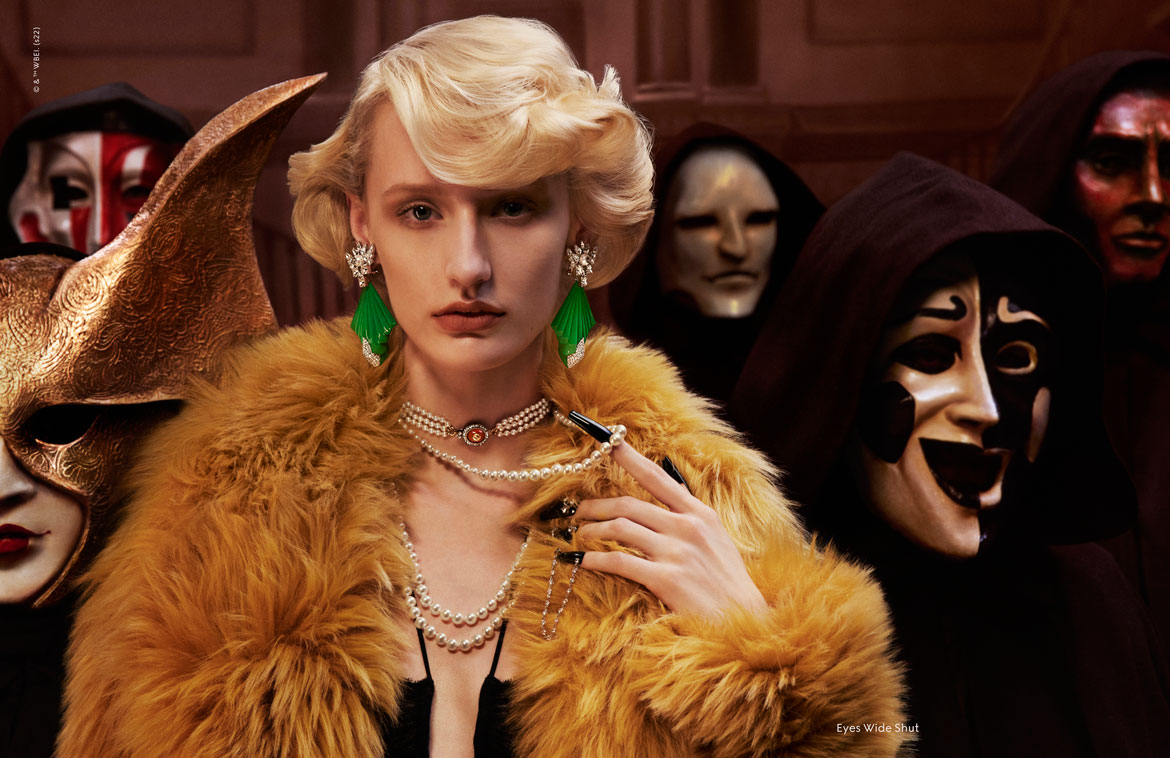 The clothes inhabit faithful reproductions of the movie sets, alongside replicas of original costumes.  Legendary Kubrick costume designer Milena Canonero joined the team to curate the pieces that made her one of the most celebrated in the film industry.  Her historical creations blend with Gucci’s contemporary looks in a glamorous, eclectic dystopia.  A new world sculpted by Michele and Mert and Marcus, where the past meets the present in a philosophical conversation on the meaning of life.  “I could never imagine clothes as severed from the story and life of the person wearing them.  If you ask me, a garment is not, and never will, just a piece of fabric,” says the designer. 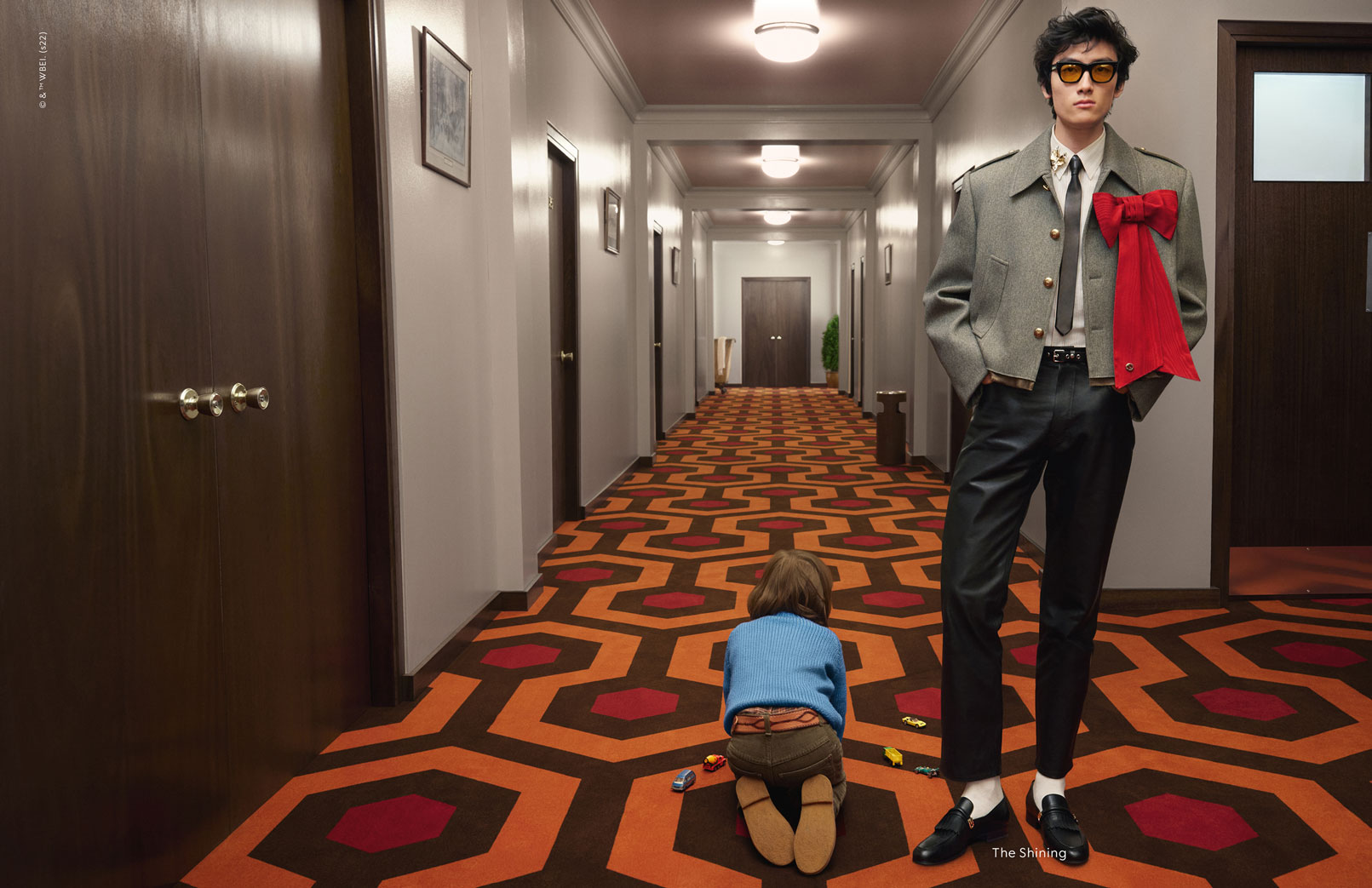 A Flemish attention to detail and the intense, haunting soundtrack guide the audience through the succession of scenes.  Film as an art form has always given us the power to escape our realities and even build new ones, and fashion gives us the ability to shape our own characters and show our personalities.  When they all come together in a Gucci campaign, they’re an Exquisite match. 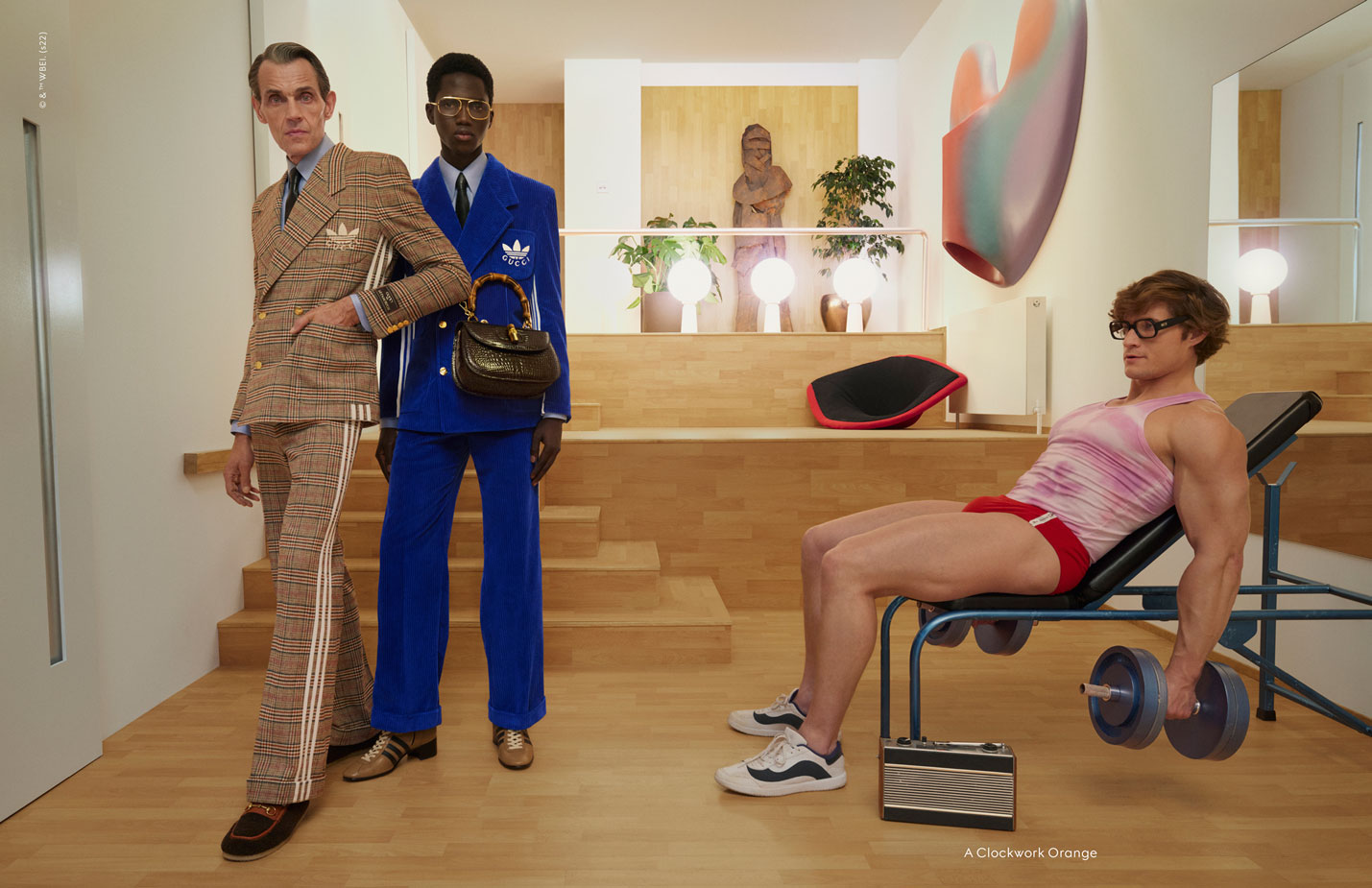 To read our last feature on Gucci. click here