Giorgio Armani’s love affair with East Asia began in 1981. “My interest for Japanese aesthetics,” writes Armani, “went full-blown in one of my most iconic collections.” Thirty years later, Giorgio Armani continues this artistic legacy, employing an entirely Far Eastern team for the production of their striking Autumn Winter campaign.  Armani’s A/W1981 collection acted as a turning-point for the designer. The collection embraced “emblematic Japanese silhouettes, accessories and patterns”. The show focused on the re-creation of an ancient Japanese tea house in the midst of Italy’s fashion capital. “It was serene,” remembered Armani, and with the unveiling of this season’s Giorgio Armani campaign all I could think about was the word “serene”. 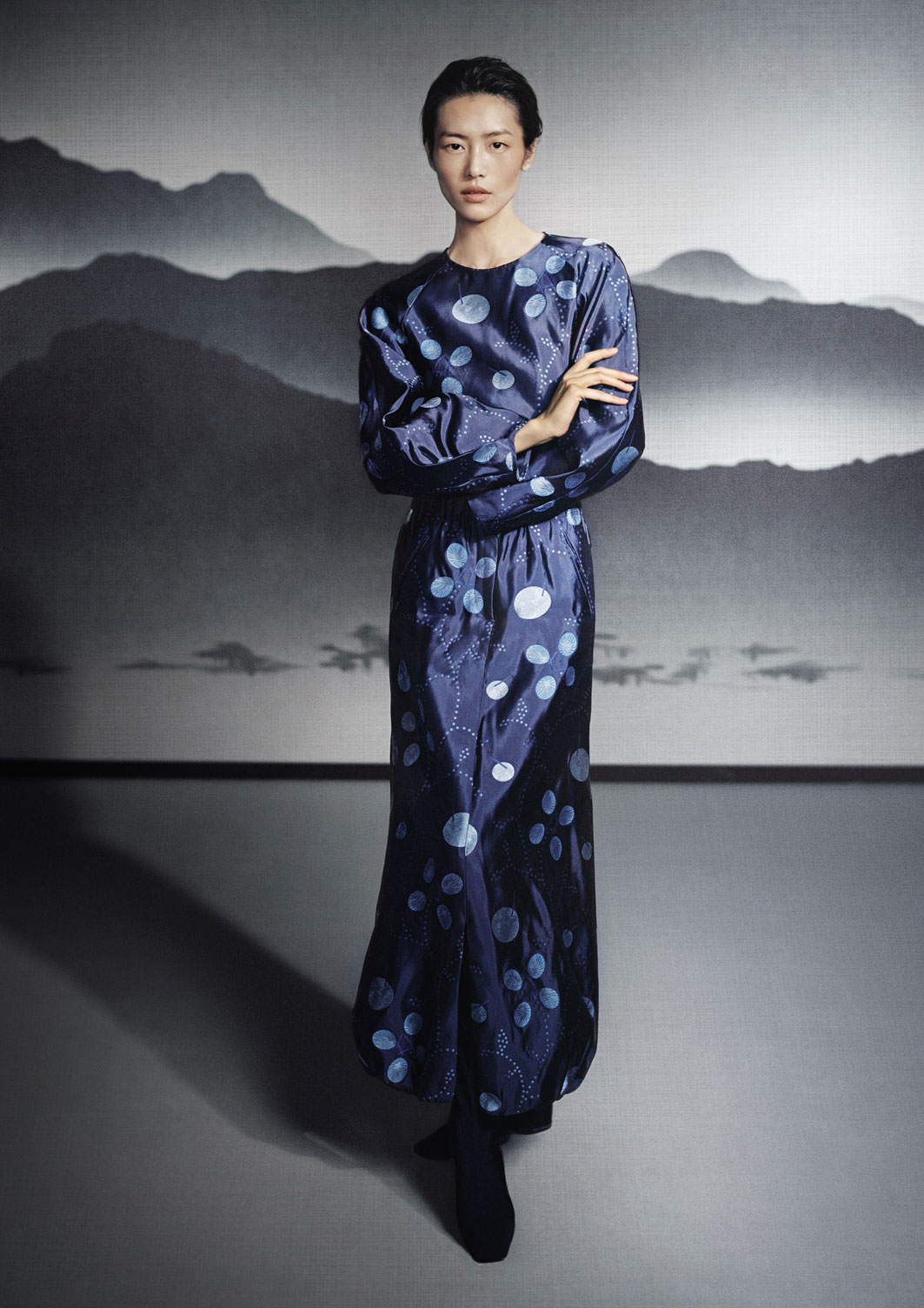 Over the last thirty years, a fusion of influences from the Far East has informed Armani’s collections. Previous haute couture collections have celebrated the strength of the Chinese aesthetic. In 2015, bamboo motifs noted the delicate yet strong heritage of East Asian design. For 2009, traditional Chinese forms like the Mao collar and buttonless jacket enhanced a collection of pencil-slim skirts. With A/W2021, Giorgio Armani has pushed the boundaries of ready-to-wear once more. 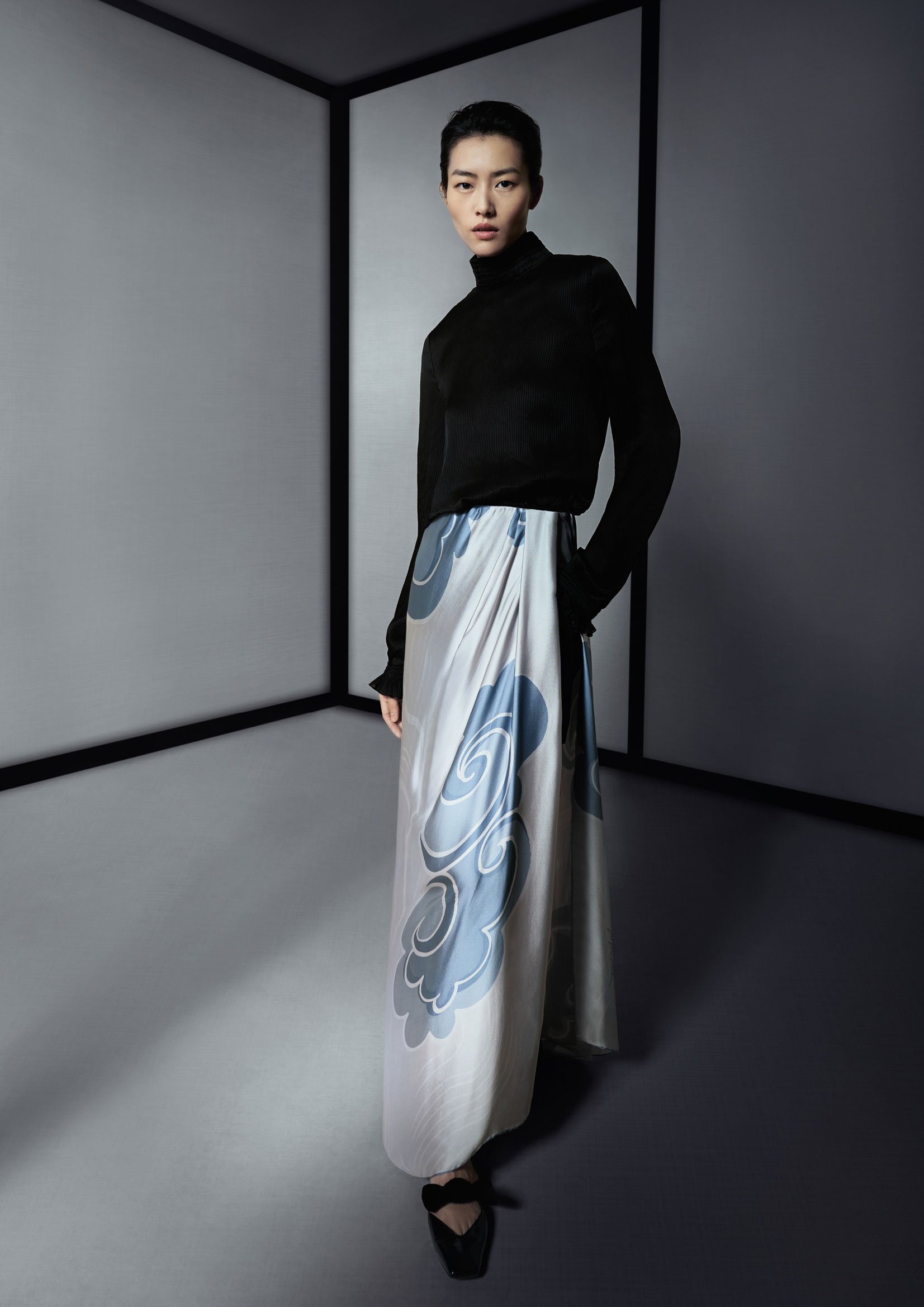 Armani employed acclaimed photographer Leslie Zhang for a campaign that captures an authentically Chinese experience. Utilising a style renowned for effortless romanticisation, Zhang’s work has been honoured by the British Fashion Council and featured in Chinese editions of Harpers Bazaar, GQ, Marie Clare and Grazia. Yet, it is Zhang’s documentation of Shanghai club culture that comes to the fore in this particular campaign. The images capture Chinese models Liu Wen and Zhao Lei alongside Shanghai-born actor Hu Ge in a series of exquisite shots. Low-lit backdrops of dualtone reds and blacks accent the seamless yet precise tailoring of Giorgio Armani’s latest offering. Liu Wen models the collection’s highlight: a jet black jacket featuring gold embellished bell sleeves and a dramatic Mao collar. Elsewhere, Hu Ge comes into his own. The actor’s deepening presence radiates through every image, imbuing every inch of crushed velvet and tweed tailoring with compelling fascination. A natural choice to represent the brand’s New Romantics aesthetic, Hu Ge has been announced as the brand’s global ambassador for the Autumn/Winter campaign. 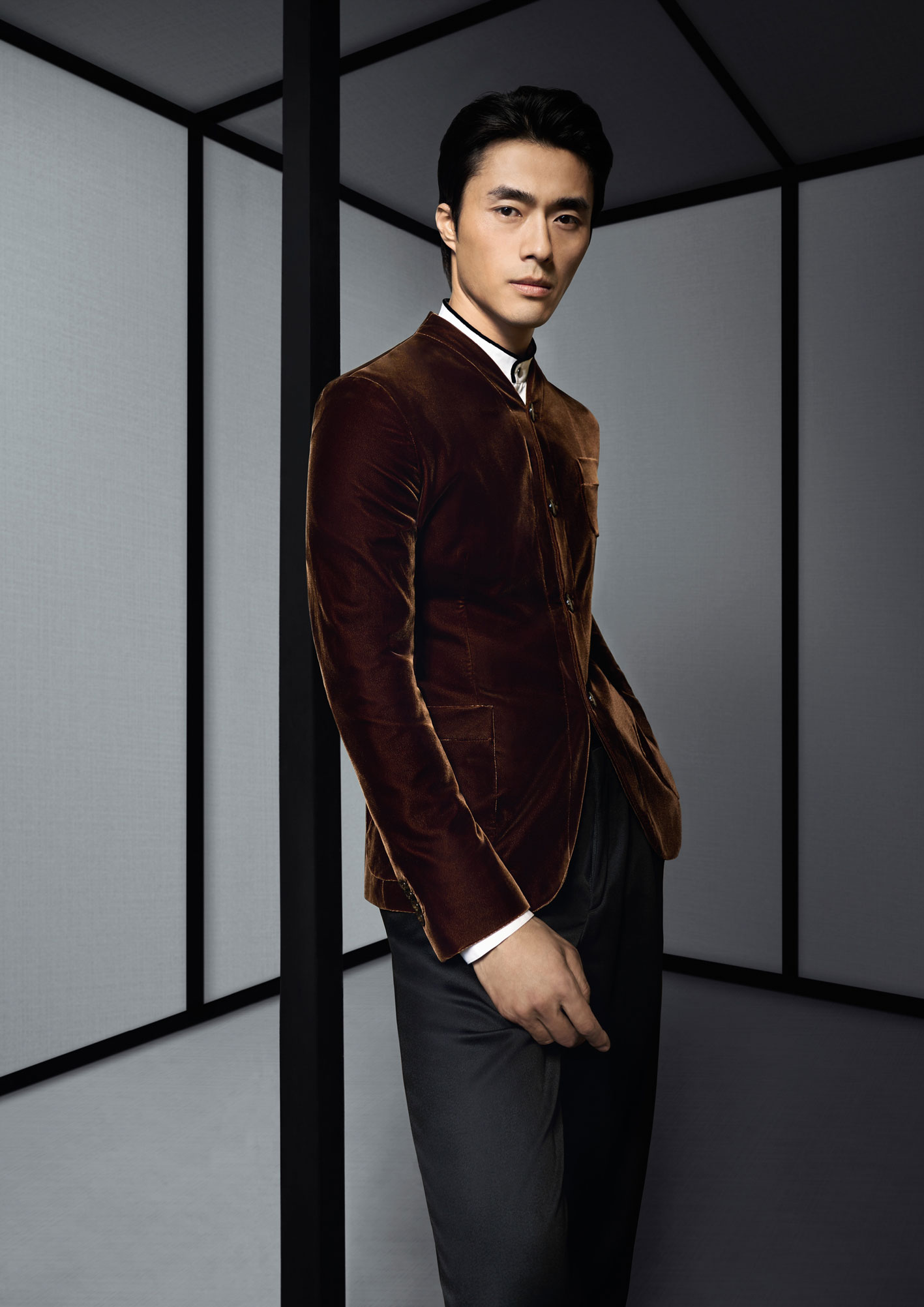 For Giorgio Armani, inspirations must be celebrated. It is through the East Asian influence, both in design and execution, that an authentic and indelible experience has been realised with this new collection.

Click here to read our last feature on Giorgio Armani