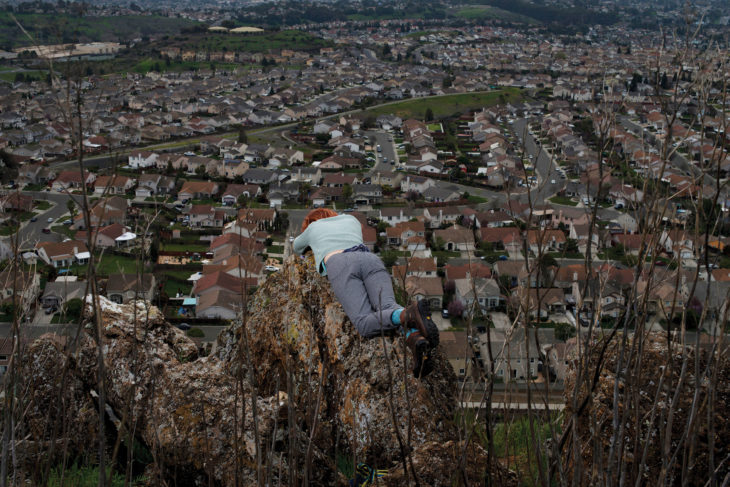 The port city of Vallejo, California, has long been known for its gangs, bad schools and crime. Exacerbating its reputation as a “miserable place”, the city declared bankruptcy in 2008 after the core of its economy, the naval shipyard on Mare Island, shut down.

People lost jobs and moved away, leaving houses closed up and empty.

A decade later, according to Realtor.com, Vallejo is ranked number one in the property market in the US as the San Francisco Bay area continues to expand with the tech boom, pricing working- and middle-class earners out of the city and East Bay. 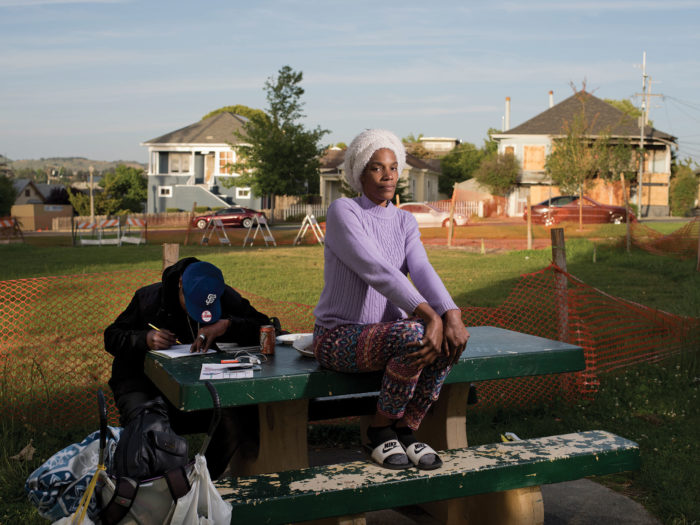 Barbara, who is homeless, and her twin brother, Patrick, who draws when he’s bored, in City Park, Vallejo, 2017. 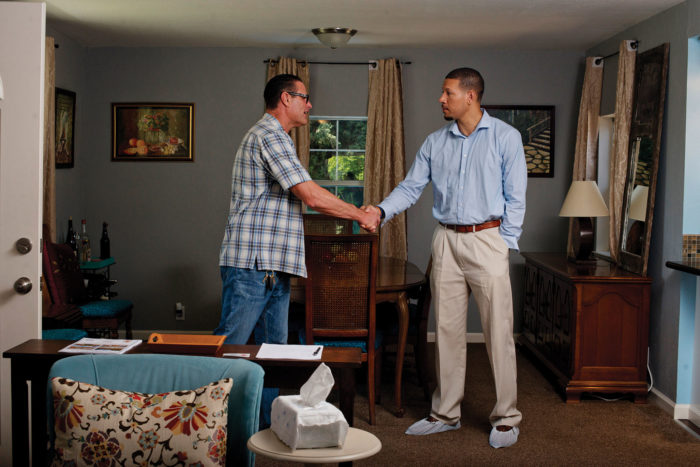 Estate agents greet each other at an open house, Vallejo, 2017. 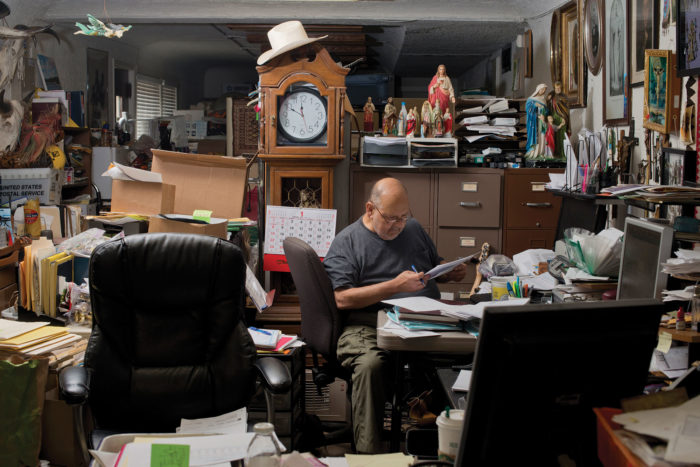 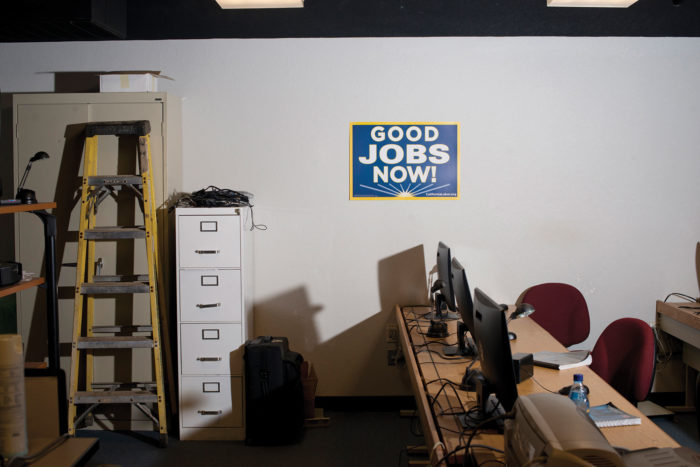 Night classes at the Plumbers and Steamfutters Union, Vallejo, 2017. 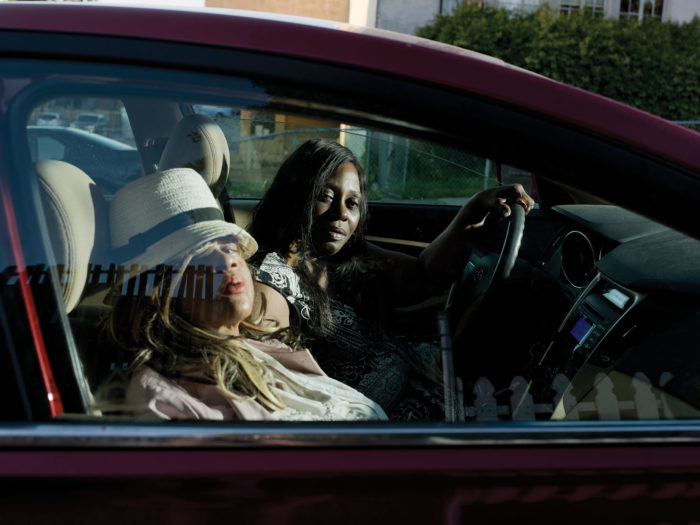 Claudia and friend on Carolina Street, Vallejo, on a Saturday evening, 2017. 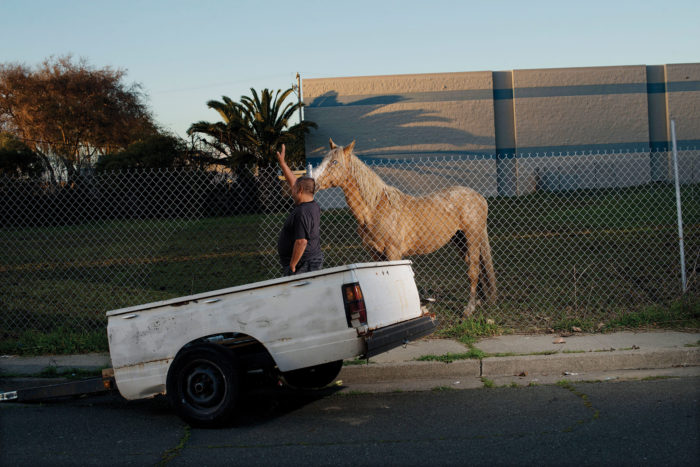 Luiz’s father looks after his horse, which is grazing on an empty lot behind the Plumbers and Steamfitters Union, Vallejo, 2017. 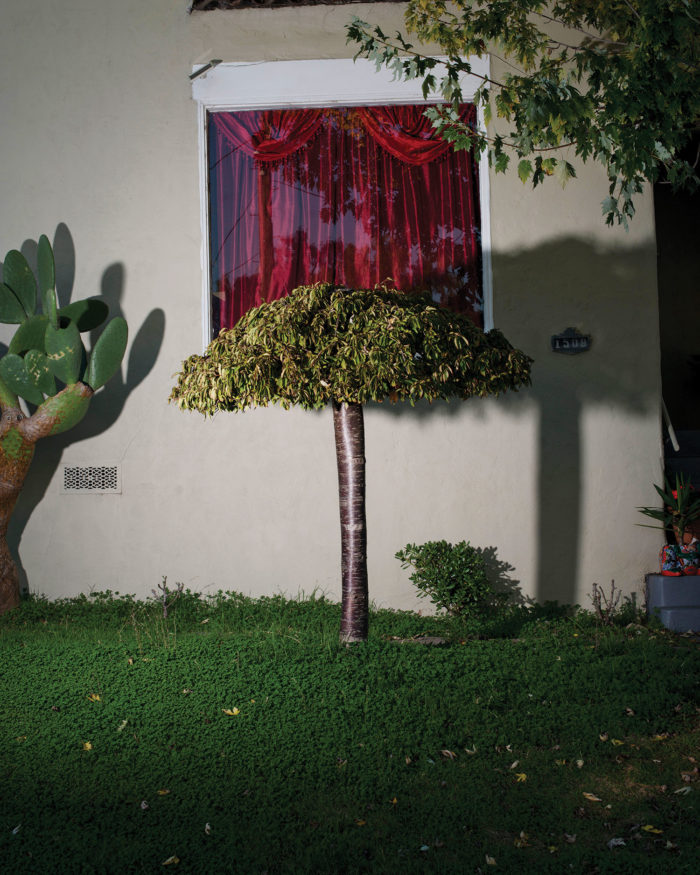 A front yard on the way home from Washington Park, Vallejo, 2016. 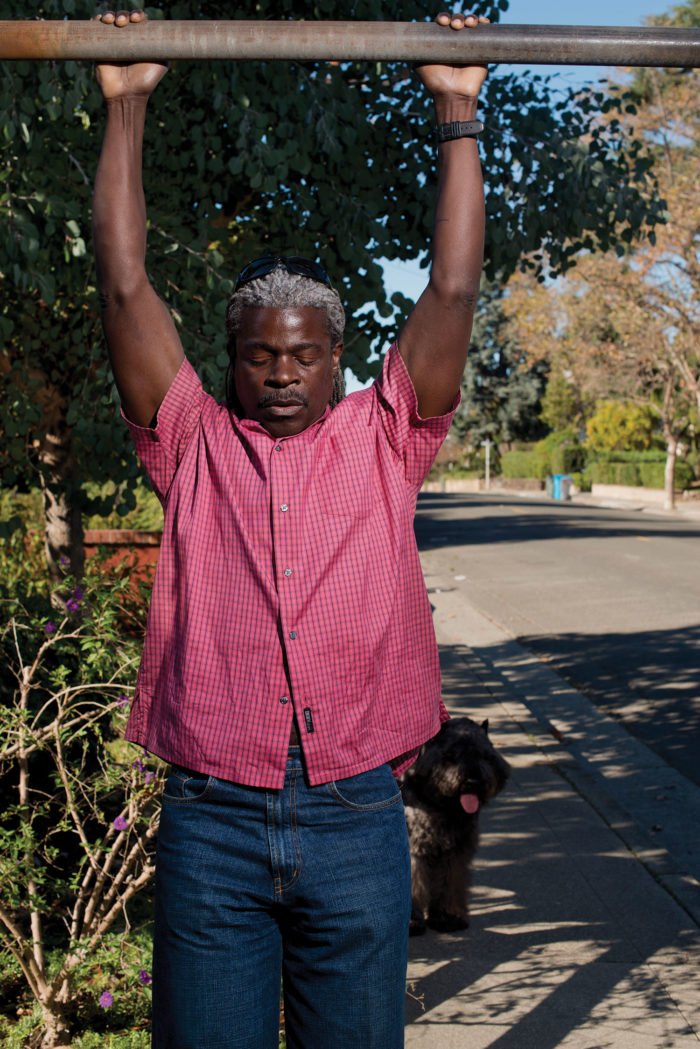 Mingus waits for Paul to do chin-ups on Nebraska Steet, Vallejo, during his morning walk through the Vista, 2016. 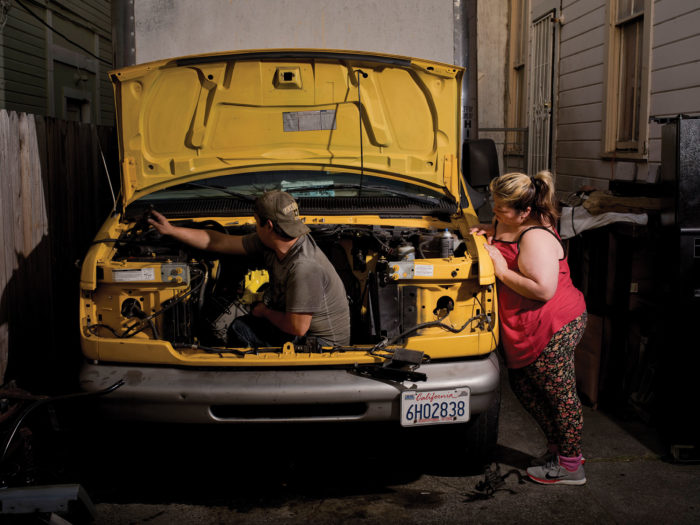 Emilio and his sister Maria at work at home, Vallejo, 2017. 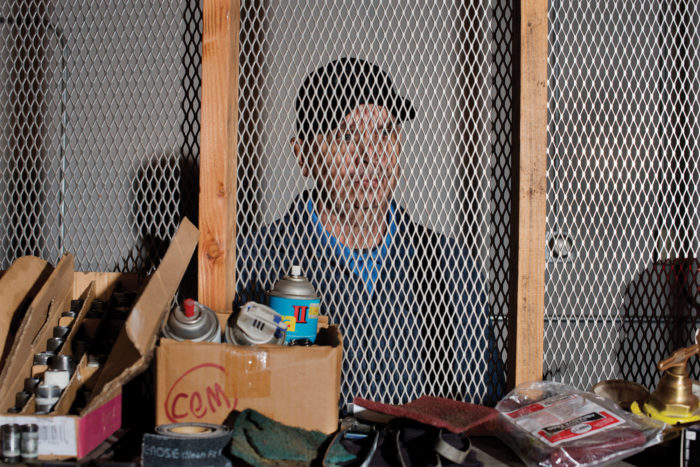 Eric guiding us through night classes at the Plumbers and Steamfitters Union, Vallejo, 2017. 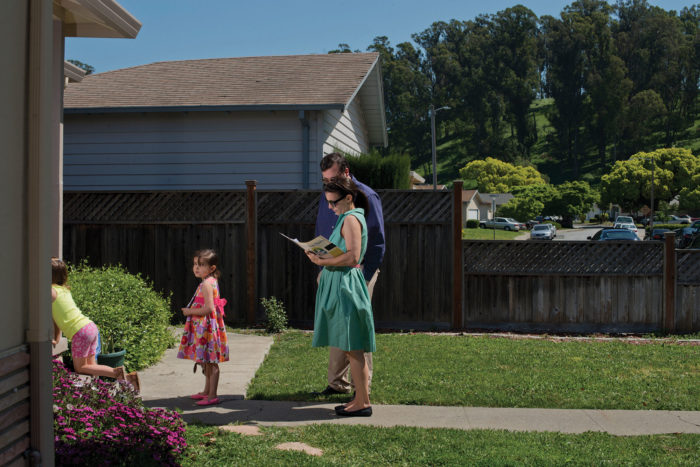 Prospective buyers visit a property for sale in Vallejo, 2017. 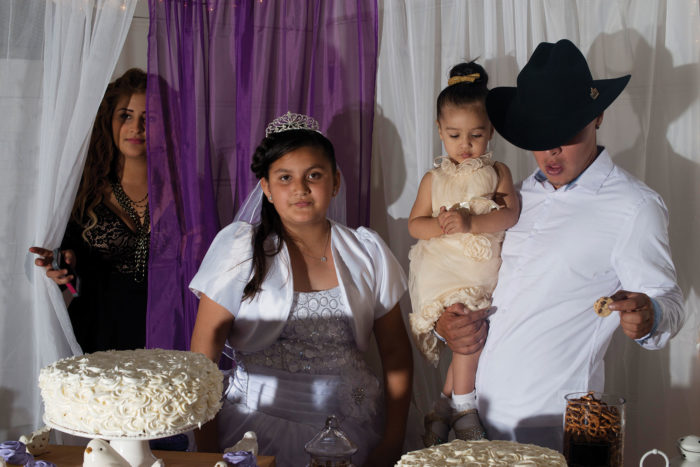 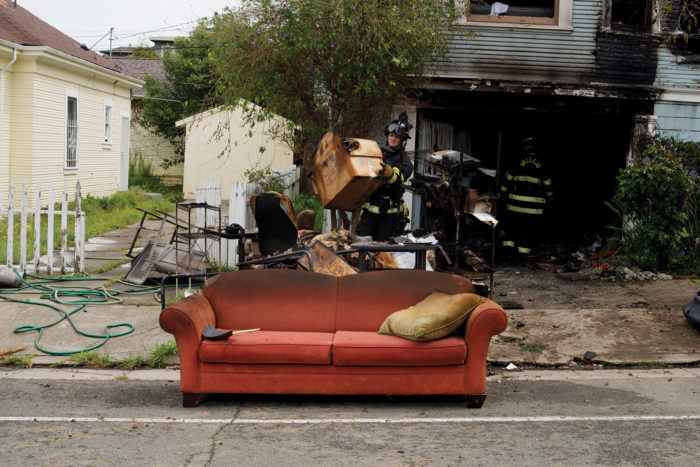 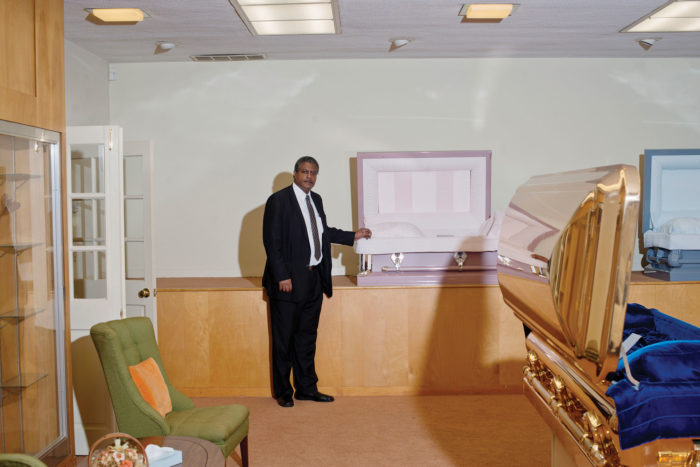 This is taken from the latest issue of THE FALL available to purchase from nationwide retailers and our Shopify store here.