As always, London Fashion Week is the highlight of the British fashion calendar and a place to showcase the hottest homegrown designers keen to mark their territory.  Edward Crutchley is no exception, taking this year’s catwalk by storm with his SS23 show entitled The Only Constant in Life is Change.  The phrase, attributed to the ancient Greek philosopher Heraclitus, provides commentary on life’s ever-evolving dynamics and underpins Crutchley’s narrative perspective.  This sense of fluidity manifests through the looks, elevated further by the designer’s mindful approach to tailoring and fabric manipulation. 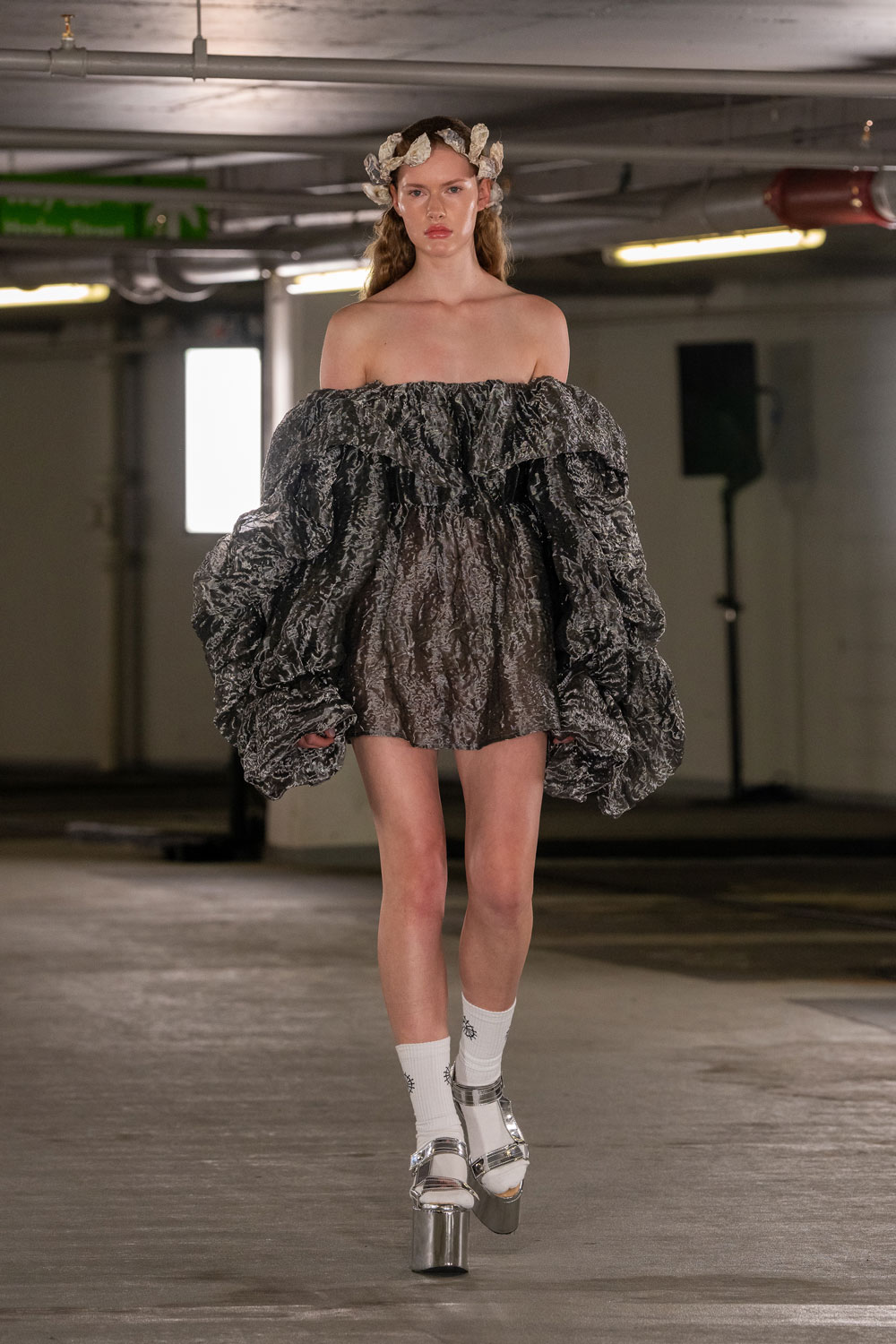 Taking a series of juxtapositions, such as ‘sea contra land’ and ‘flow contra rigidity,’ Crutchley personified such notions and displayed them on the concrete canvas of an urban underground carpark.  Each exuded his creativity from head-to-toe, including contemporary metallic takes on cloqué fabric – a jacquard-like favourite with couturiers. 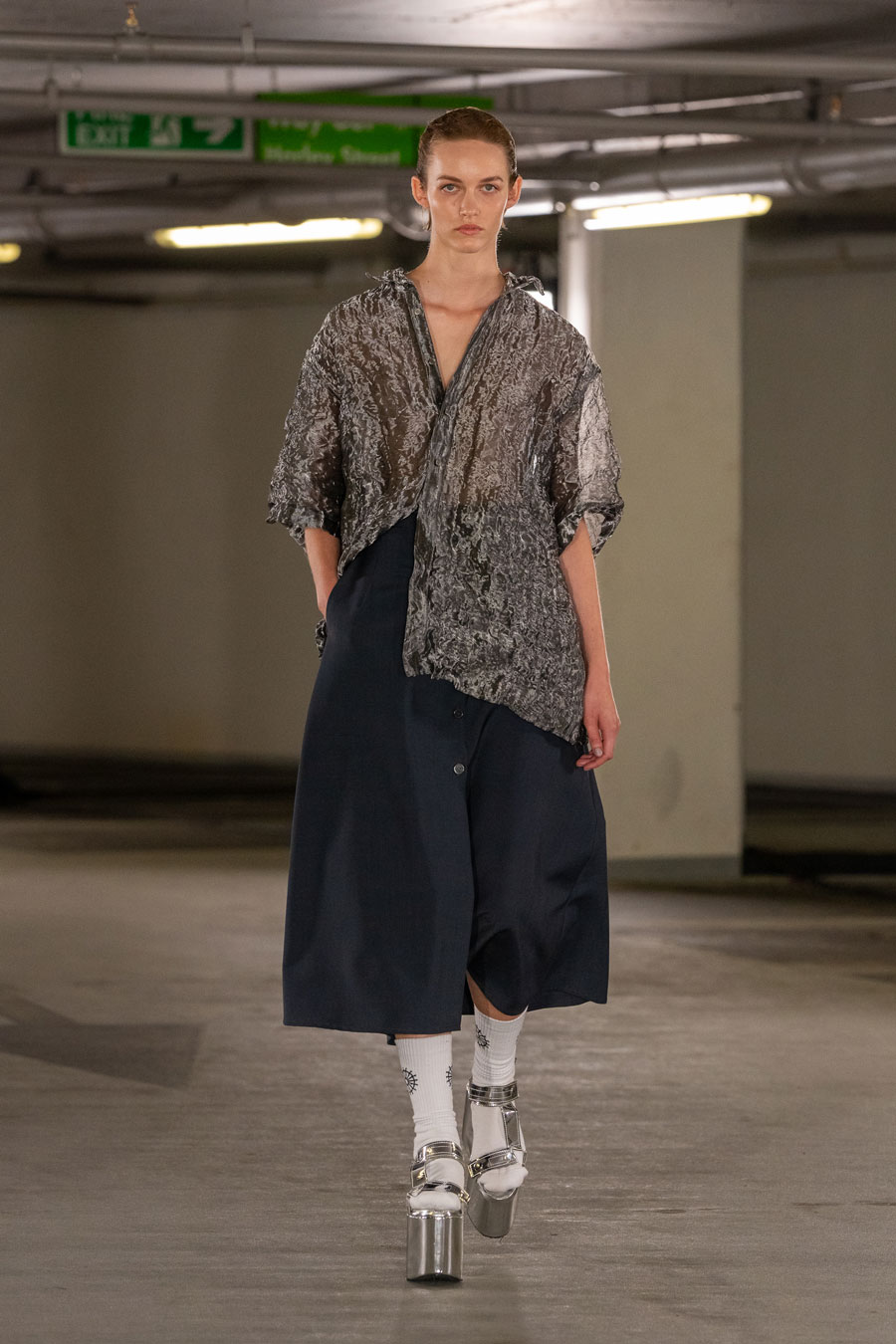 Bodies were enveloped in iridescent, ethereal shapes.  From full-length tiered ruffled gowns to shimmering lurex trousers, the creations mimicked the beauty of the natural and transported the eyes to new realms.  This sense of ‘the journey’ reflected the influences of Greek mythology on his catwalk – particularly the story of Proteus, a ‘liminal being’ able to shift through the contrasting realms of land and sea and mortal and divine.  With his new collection, Crutchley proposes a philosophy in which the only way to peacefully coexist with change – the only constant in life – is to be Protean ourselves. 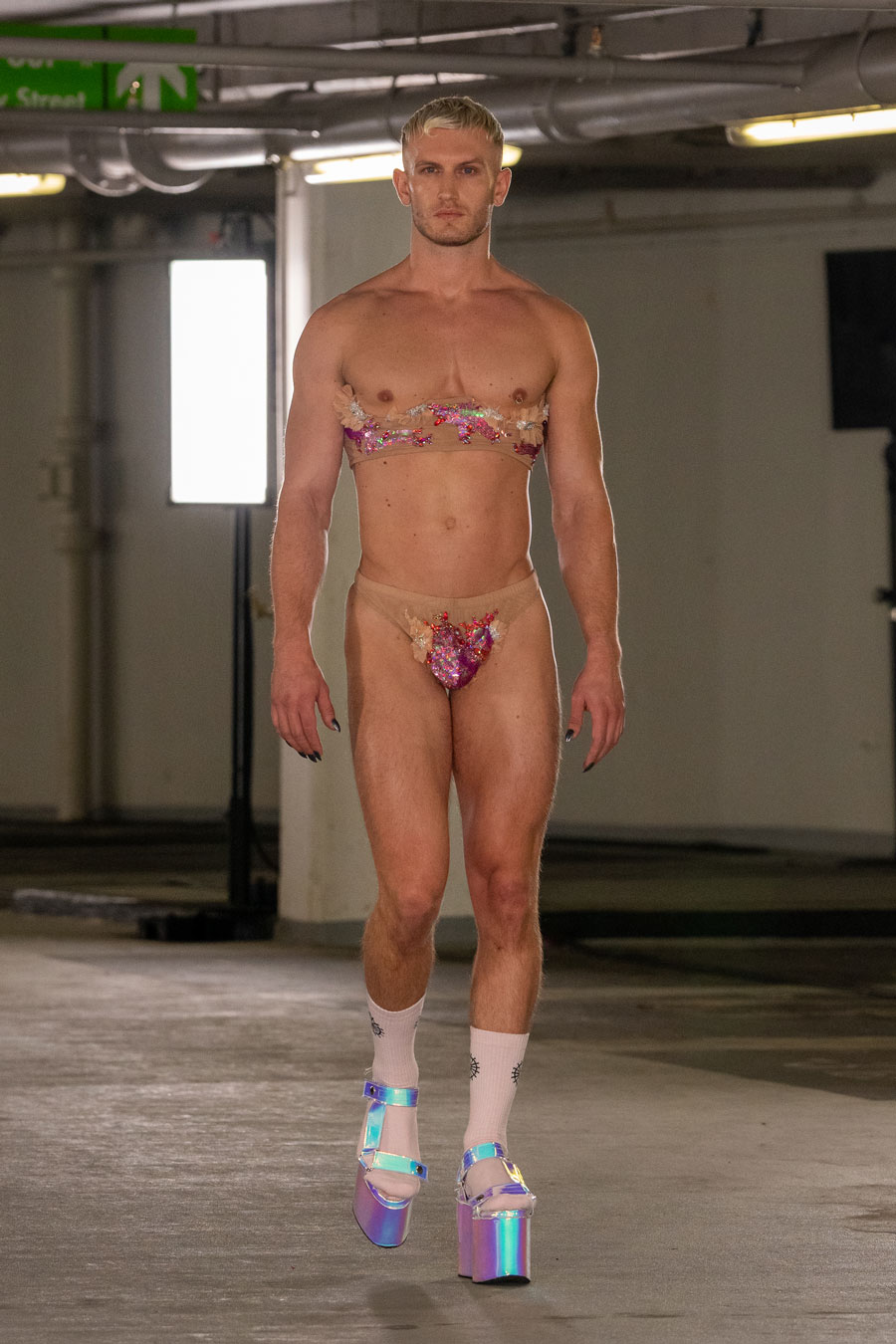 All the models teetered on futuristic platform sandals, with the boys sporting sequin-encrusted cupels bras, oversized skater skirts and coats shaped like gowns in a vocabulary of queer glamour.  Girls sashayed in figure-hugging bodycon dresses with psychedelic swirls and tantalising cutouts that strategically revealed the skin underneath.  The final ballgown brought all of these threads together in a vision of shape, cut colours and construction. 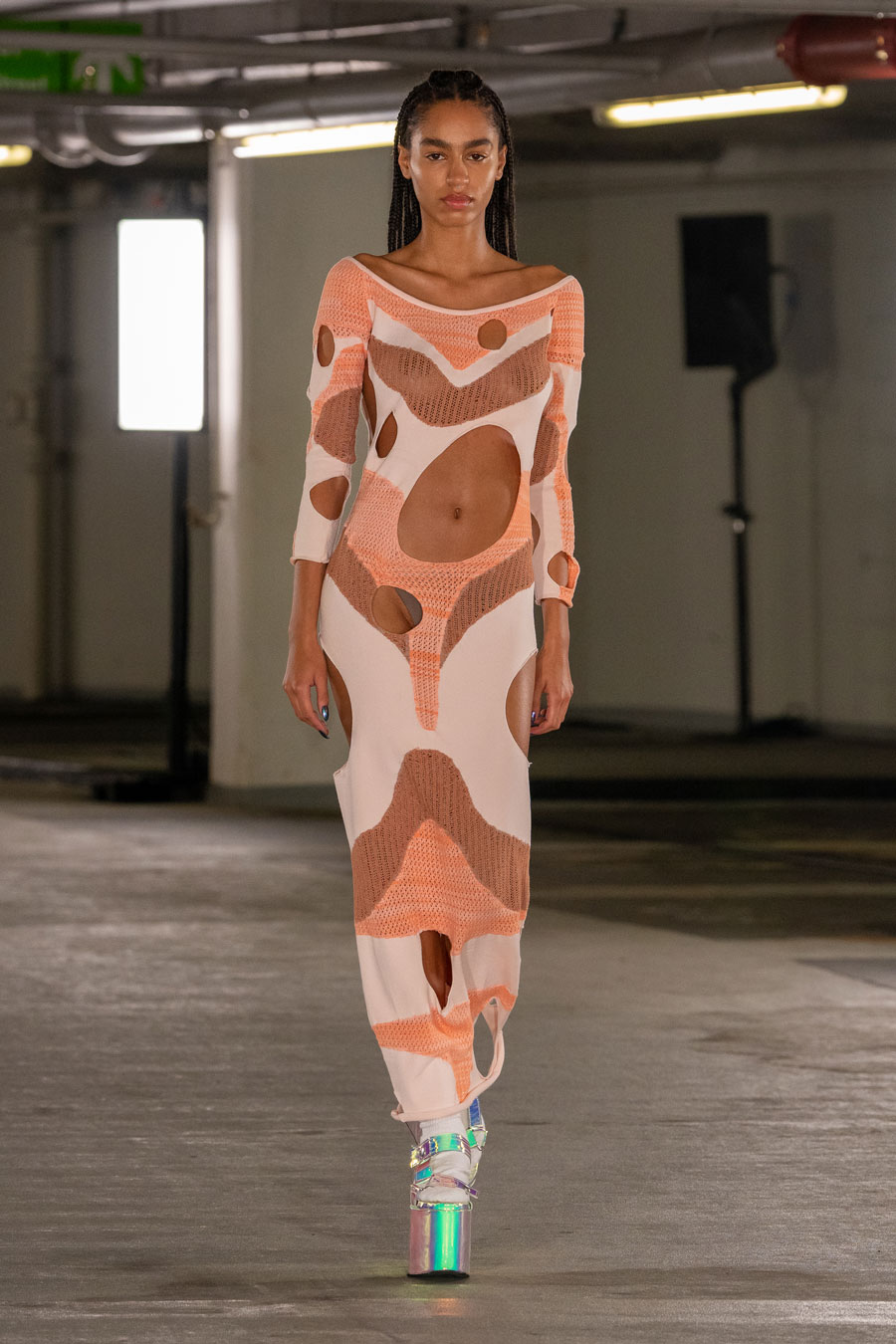 “I am not trying to pretend I am making couture,” says Crutchley of the collection. “But I have had experience working in it.  Over the last year it has shaped my approach.  Couture, for me, is where you can push your ideas to the farthest point.  The work gets to the highest level possible, as far as you can imagine.  I am less afraid.”  More than anything, it’s perhaps this absence of inhibition makes Crutchley’s new work feel as urgent and as refreshing as it does when it’s seen live. 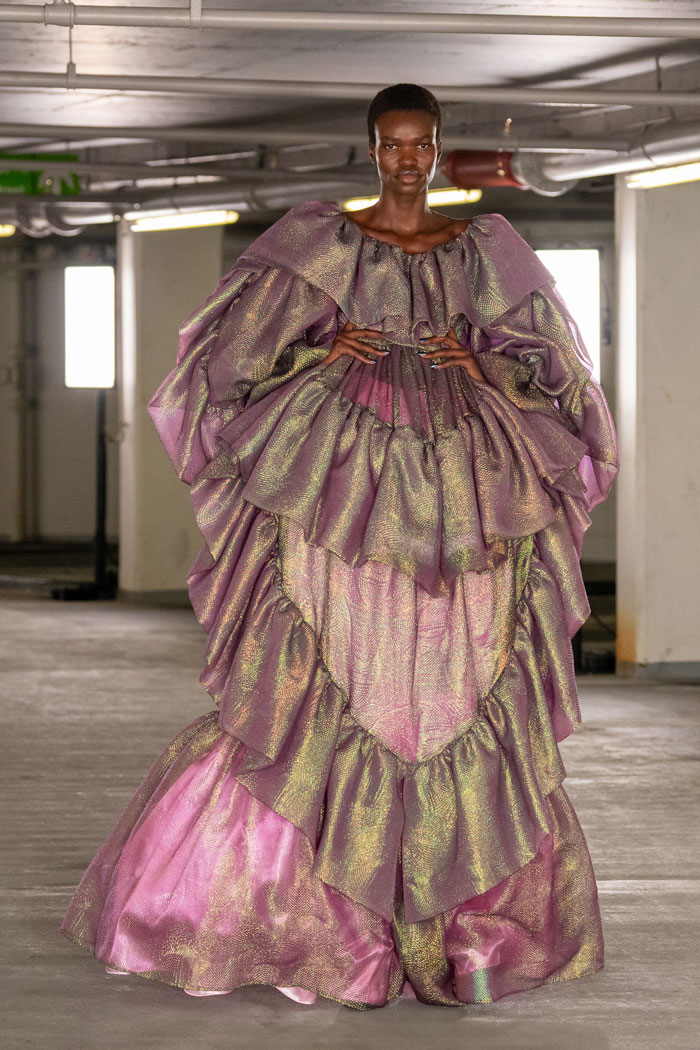