Dior presents the yin and yang of their A/W2020 season

There are a few companies in fashion that are known for setting the pace that most others in the industry tend to follow.  As the house of Christian Dior nears its 75th anniversary (looking forward to those celebrations next year) the new Dior campaigns for men and women this A/W stand as evidence for why they are one of those few aforementioned fashion companies.   The tag team of Maria Grazia Chiuri for womenswear and the irrepressible Kim Jones on the men’s side is the kind of one-two punch most other houses would dream of.  And, as the new campaign images show, each brings their own identity, personality and creativity to the party while still making things feel coherent and complete under the Dior umbrella. 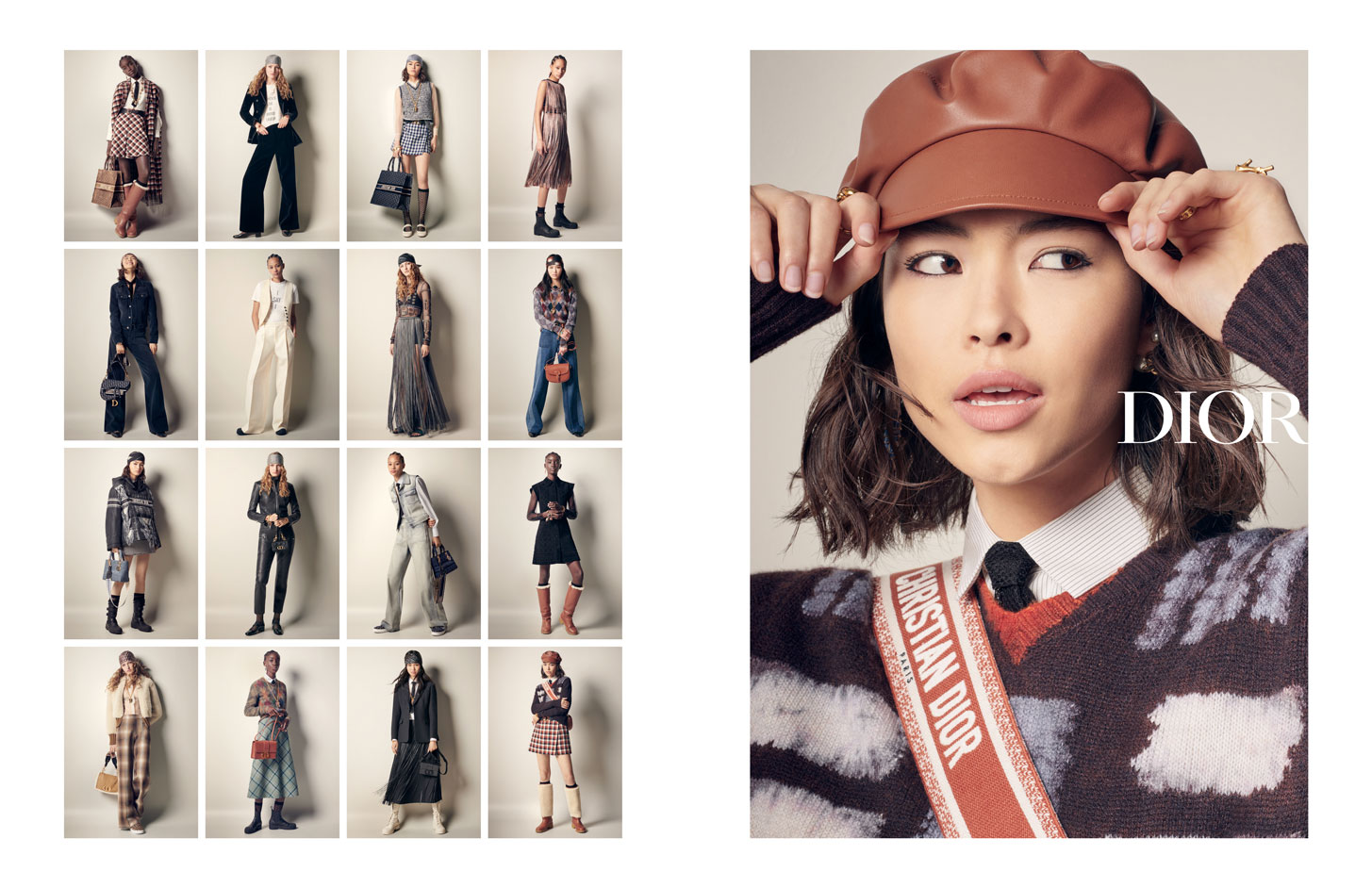 For Chiuri the womenswear campaign has a chic documentary feel about it that leans heavily on representing all sorts of women from all walks of life.  Clearly, if ever there was a time to appeal to all the women of the world going forward, not just highlight one specific demographic, 2020 is that time.  As a result the campaign, shot by Italian maestra Paola Mattioli, has an empowering aura to it that Dior are no doubt eager to associated with.  The full campaign layouts include a grid of 16 images with different models in different looks from the A/W collection.  Notably, these aren’t wildly over-produced images in exotic locations.  There’s a simplicity here which lends itself to the overall tone of ‘accessibility to luxury fashion’, while perfectly presenting pieces from the collection in a format that could almost double as a ‘how to’ tutorial from the French house. 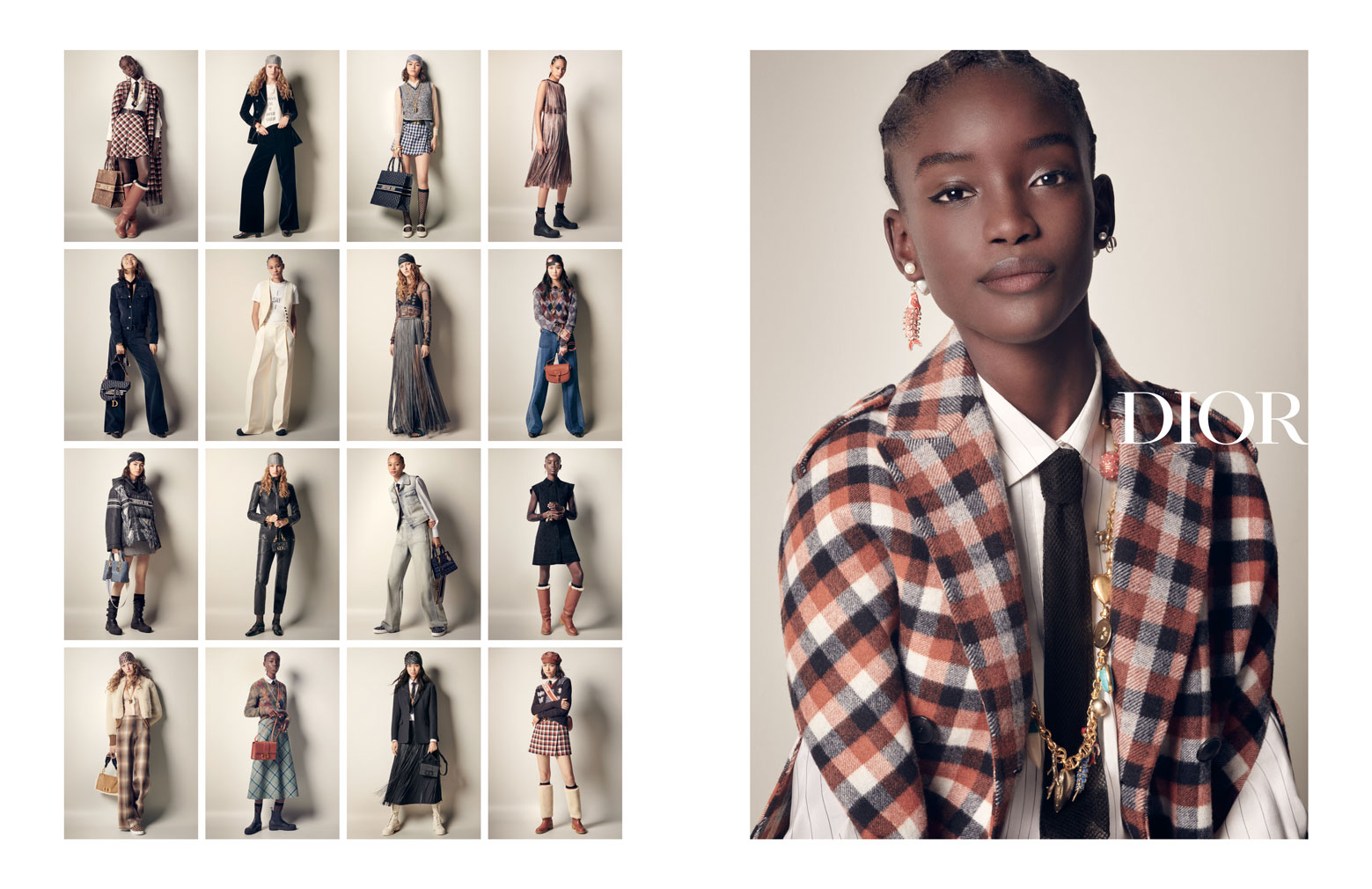 On the other side of the divide, Jones’ menswear campaign takes on an altogether more dramatic tone and colour scheme that pays homage to renowned iconoclast, Judy Blame.  Instead of Chiuri’s individual images, Jones opts for ensembles presentations shot by the legendary Steven Meisel, with images that could almost be read like individual stories from left to right (or vice-versa depending on your preference).

I loved the show we did to celebrate Judy Blame and wanted to highlight the couture aspects of the collection by recreating the set for the shoot. – Kim Jones 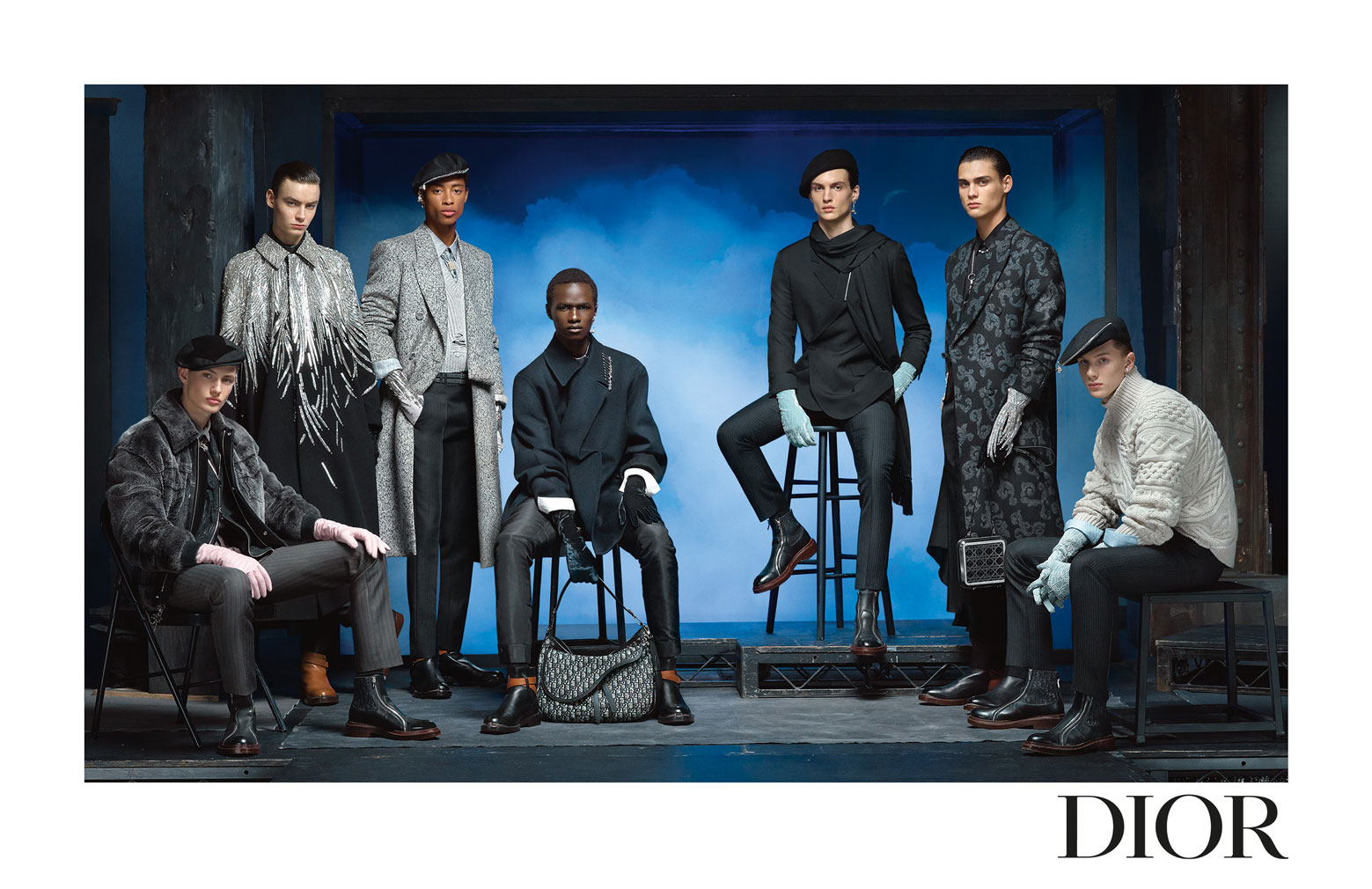 The colour palette also adds to the drama of those stories, with greys, inky blues and the occasional black items punctuated by camel/tan accents in the coats, gloves and shoes.  It’s also hard not to look at the images and conclude that these cast of chiselled characters we’re actually waiting for us to turn up!  Special mention has to go out to the flat caps worn in the images.  Guys don’t consider hats enough when thinking about their personal style sensibilites so it’s always great to see a talented designer tug at that thread. 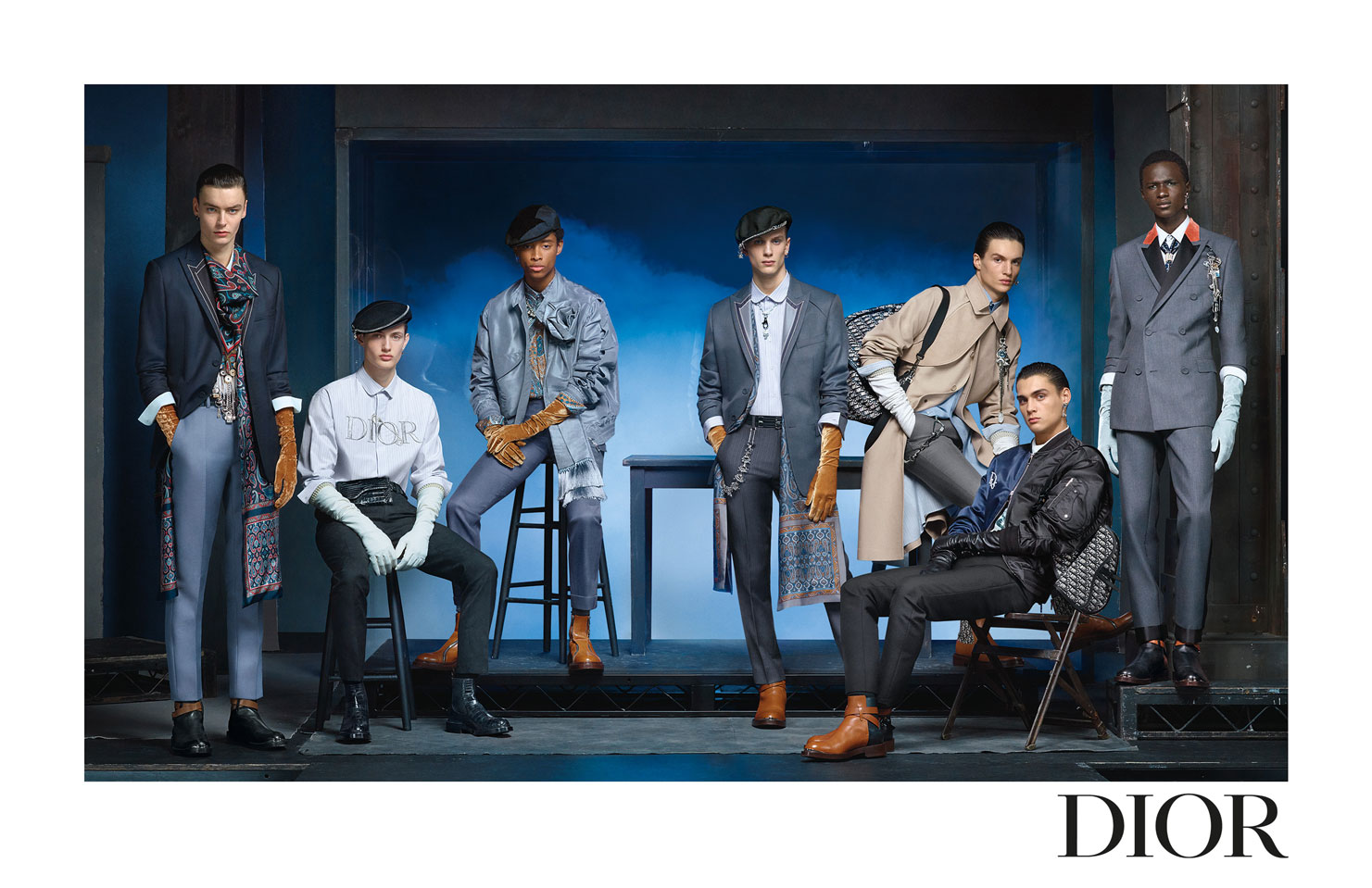 Click here to see our previous feature on Dior.