Under Cover, A Secret History of Cross-Dressers 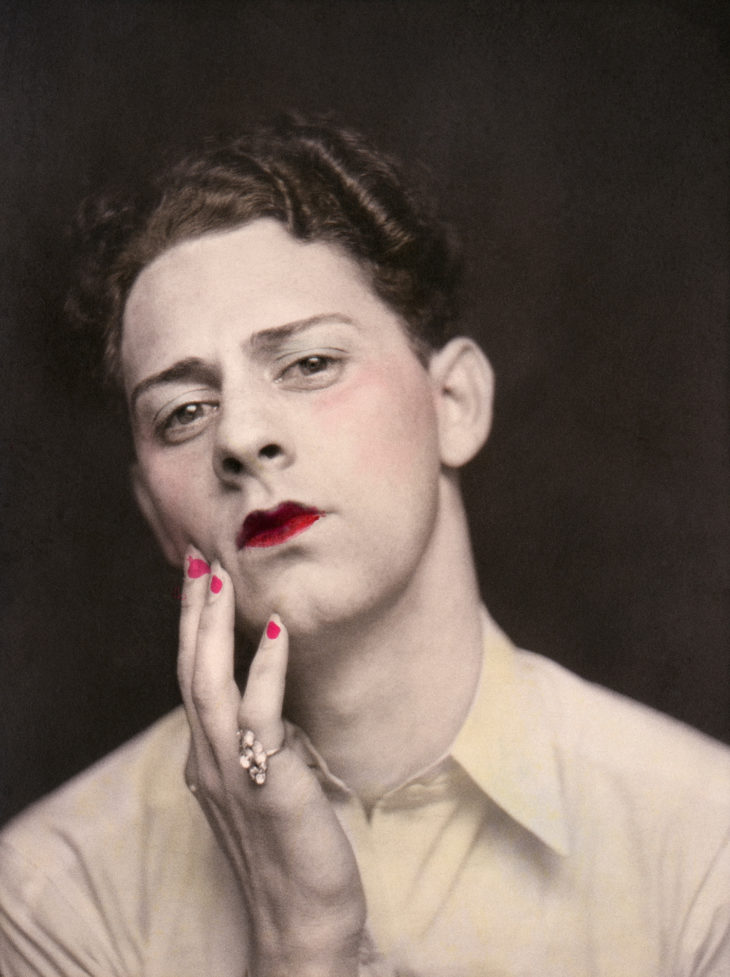 Photographs hold much of their power in their unique capacity to embody the specific time of their capture. Looking at one on a screen, or much better – holding one in your hands, you attain a proximity to the past, to the people or objects immortalised within the frame. If the subjects of the image are known to the viewer, that gives it an immediate charge, yet there is also an emotional connection to be found in the images of the anonymous, the found artefact treasured to some and unknown to others.

The philosopher Duns Scotus coined the concept of haecceity to describe the ‘here and now’ or ‘thisness’ of objects, the foundational properties that set them apart from others. It is in this haecceity, this depersonalised mode of individuation that the photographs collected by filmmaker Sébastien Lifshitz attain their specific yet anonymised power. Currently on display at London’s Photographers’ Gallery, Under Cover is Lifshitz’s documentation of the historical tradition of cross-dressing. 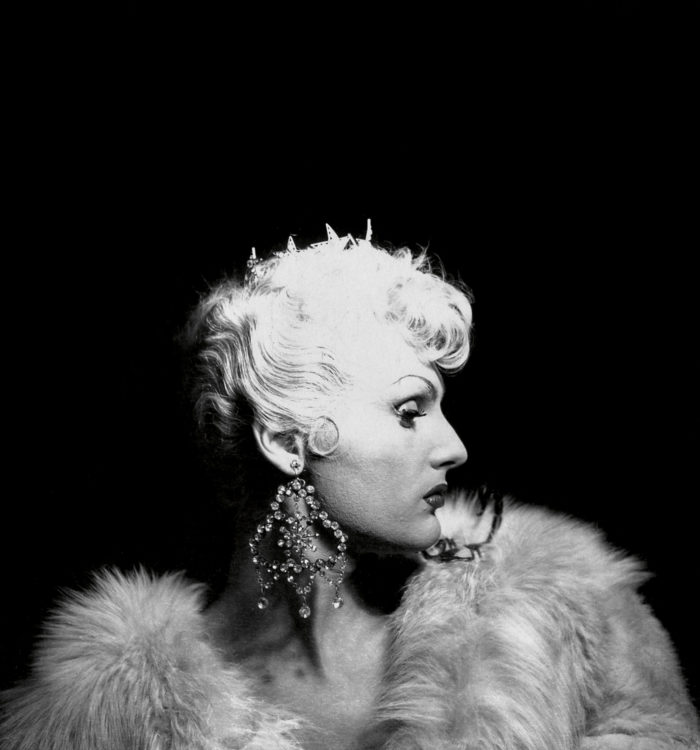 Beginning his collection as a teenager, Lifshitz would go to flea markets and purchase found photographs displaying the act of cross-dressing. From men in drag gathered at home to Hollywood-style glamour shots, Lifshitz was drawn to the juxtaposition of quaint domesticity with glamorous subversion and his collection soon grew into the hundreds. The anonymity of the majority of subjects persists and viewers at the exhibition can only speculate as to the identities of these men and women who often risked their lives and livelihoods in disrupting the social codes imprinted on their bodies. It is in these moments of quiet defiance that the found images attain their ‘thisness’.

The images are grouped into historical sets, from the flamboyant late 19th Century cabaret of Le Chat Noir club in Paris to the intimate transvestitism of the 1950s Washington Community. The Washington Community is typical of the marginalised historical narratives unearthed by Lifshitz. A group of men who would meet privately in their homes to experiment with cross-dressing, these colour images from the 1930s to ‘50s are remarkable in their quotidian presentation, imitating the lives of housewives rather than the opulence of celebrity. 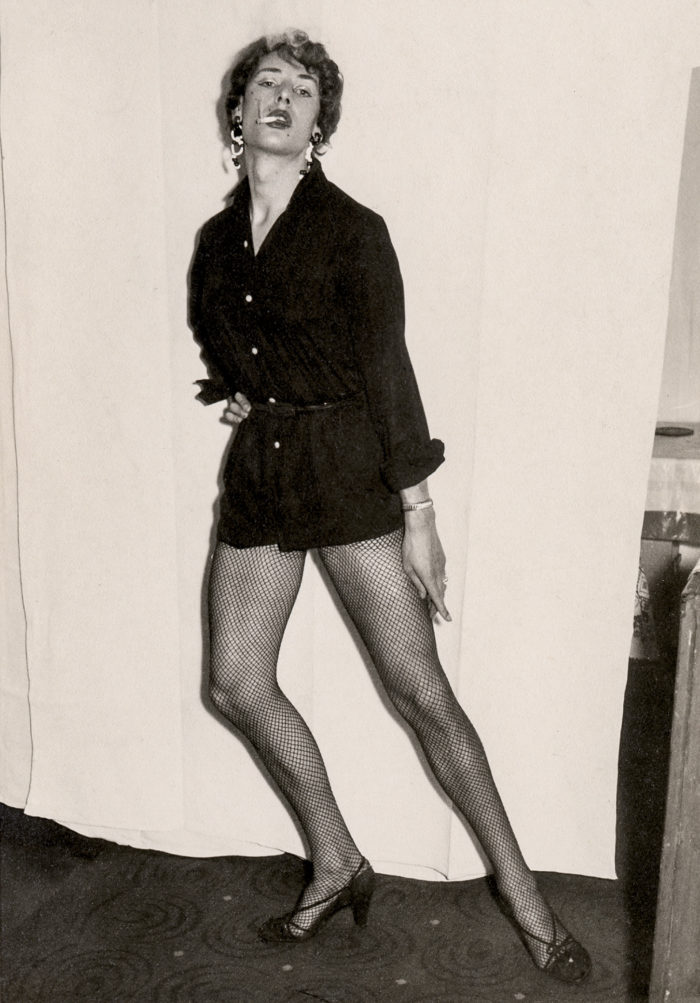 Contrastingly, Lifshitz also displays the public performativity of cross-dressing. From the life of prominent transgender performer Bambi, who Lifshitz also made a documentary film of in 2013, to theatrical images of cross-dressing in Prisoner of War camps during WWI and WWII where soldiers convincingly cross-dressed to take on female roles. Off-stage, these ‘drag-soldiers’ would gain notoriety, earning one Emmerich Lashitz the title of “the most famous cross-dresser in Siberia”.

It is in this tension between the public and private self, between public and private spaces that the camera showcases its idealised function to reveal without mediation. The curator of Under Cover, Karen McQuaid, speaks of how these images “were never intended for a gallery wall or an art book […] these are photographs that have slipped from the loving hands that made and kept them” and in being rescued from oblivion “there is a simple pleasure in that journey”.

The small, domestic scale of many of these photographs encourage close looking, an intimacy and attention to detail from the viewer that these subjects placed in their own self-presentation. Whether the act of cross-dressing is a smear of lipstick and chipped nail polish or putting on the elaborate costumes of 18th Century nobility, Under Cover exposes the underlying politicised act and the narratives of untold lives. Their relevance, their haecceity is ever-present, no matter their anonymity. 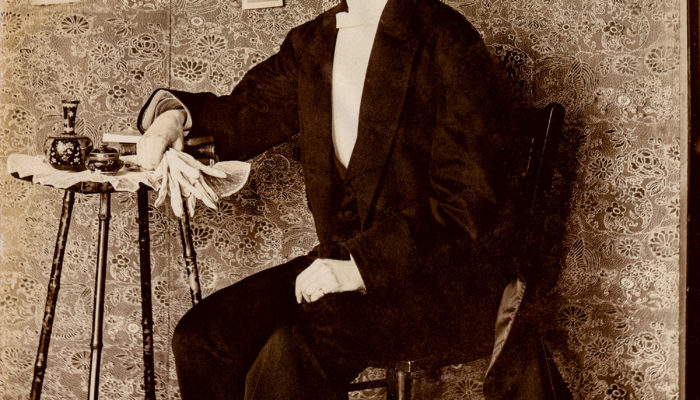 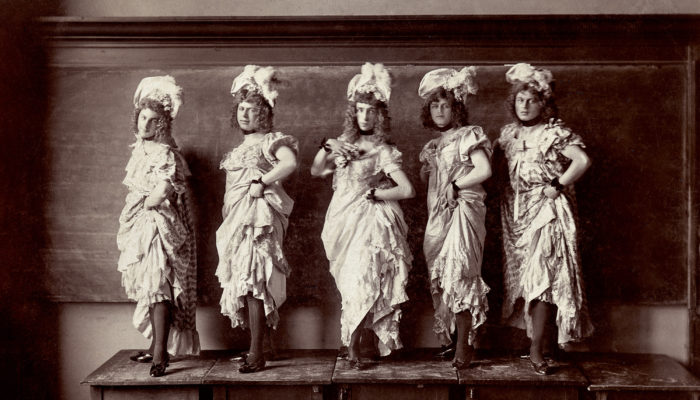 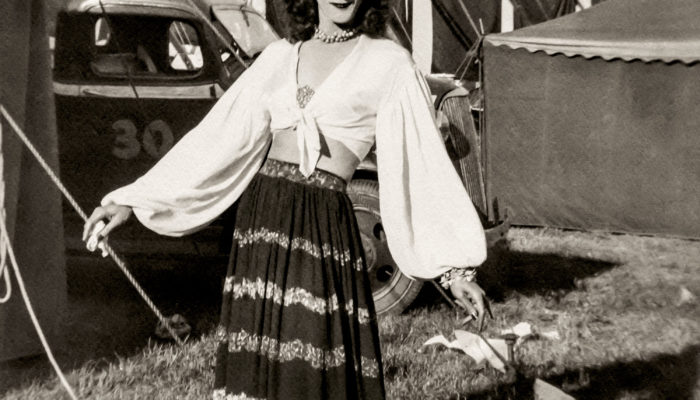 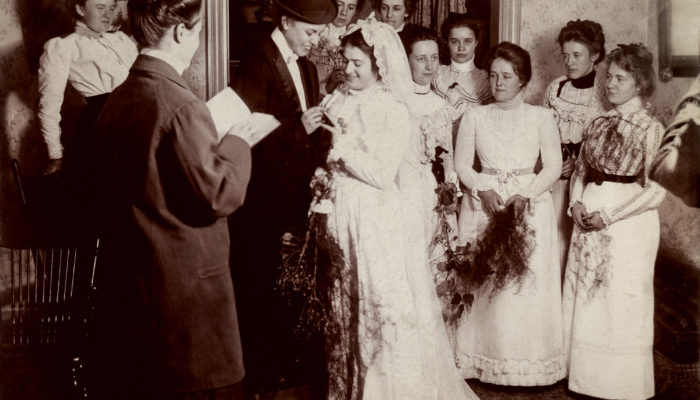 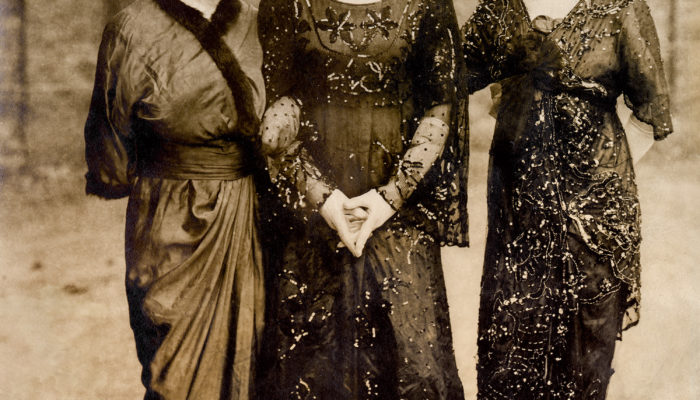 Under Cover: A  Secret History of Cross-Dressing is showing now at the Photographers’ Gallery.