If it wasn’t already too clichéd, Christopher Kane would probably also be known as ‘The Flying Scotsman’ within luxury fashion right now.  Since his graduation from (where else?) Central St Martin’s in 2006 his innovative and influential namesake label has picked up numerous awards and accolades along the way, culminating with the Designer’s Designer of the Year award at last year’s British Fashion Awards.  For anyone to reach the level of being the choice of your peers it means something is definitely going right in the world.  Kane’s new collection for pre-fall gives us more evidence of that creativity that’s finding so many admirers around the world. 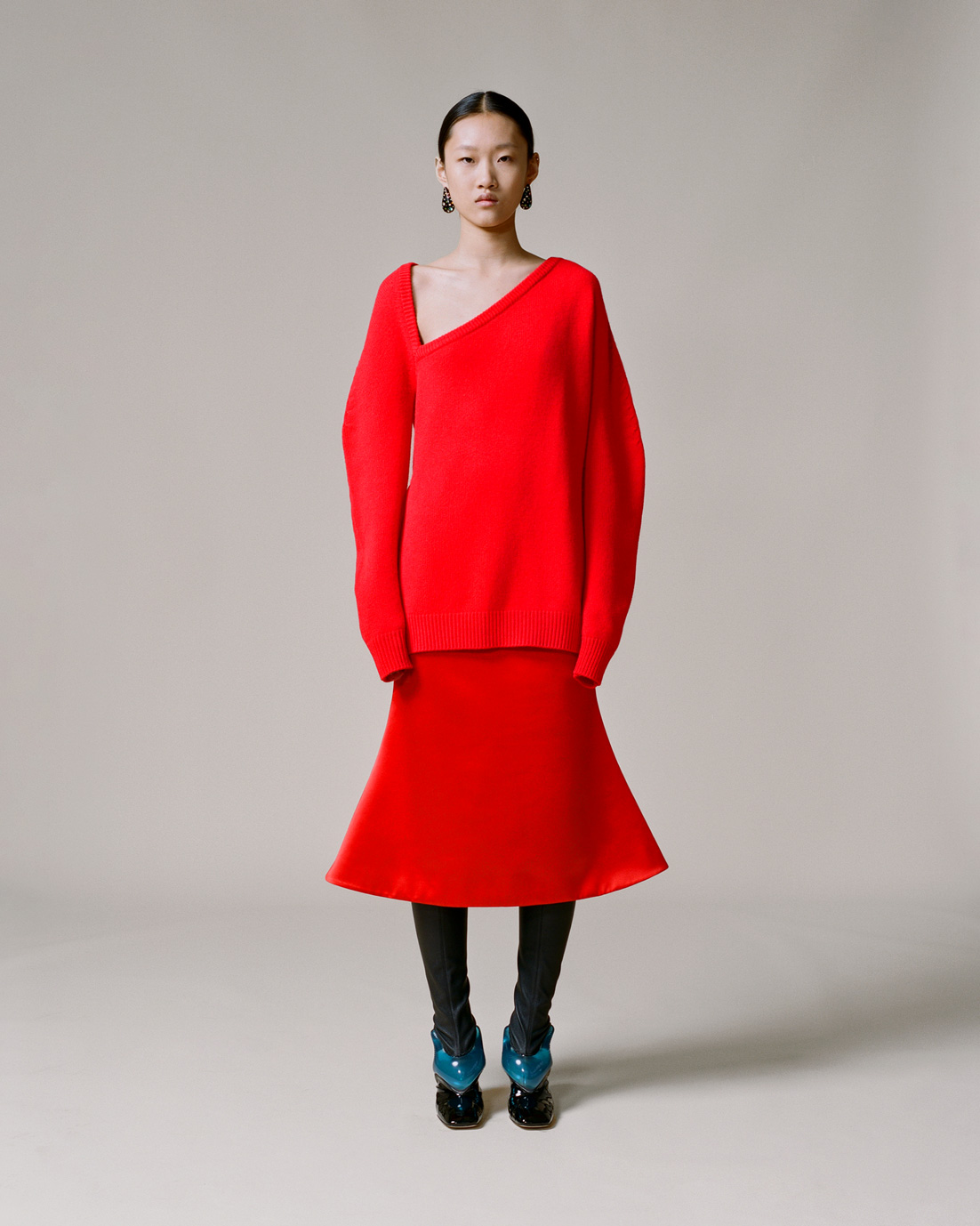 Christopher Kane’s pre-fall has an air of futurism about it, with unusual cuts, bold colours and new-wave silhouettes all adding to the intriguing mix.  The unusually sculpted necklines on some of the blouses and dresses, framed by equally asymmetrical wide frill collars, immediately lets you know it’s the details you have to pay attention to to get the full experience.  So while you might be mesmerised by the exquisite long pleating on the interstellar black halter neck dress, it’s the lace detailing around the halter neck itself that makes the look come together. 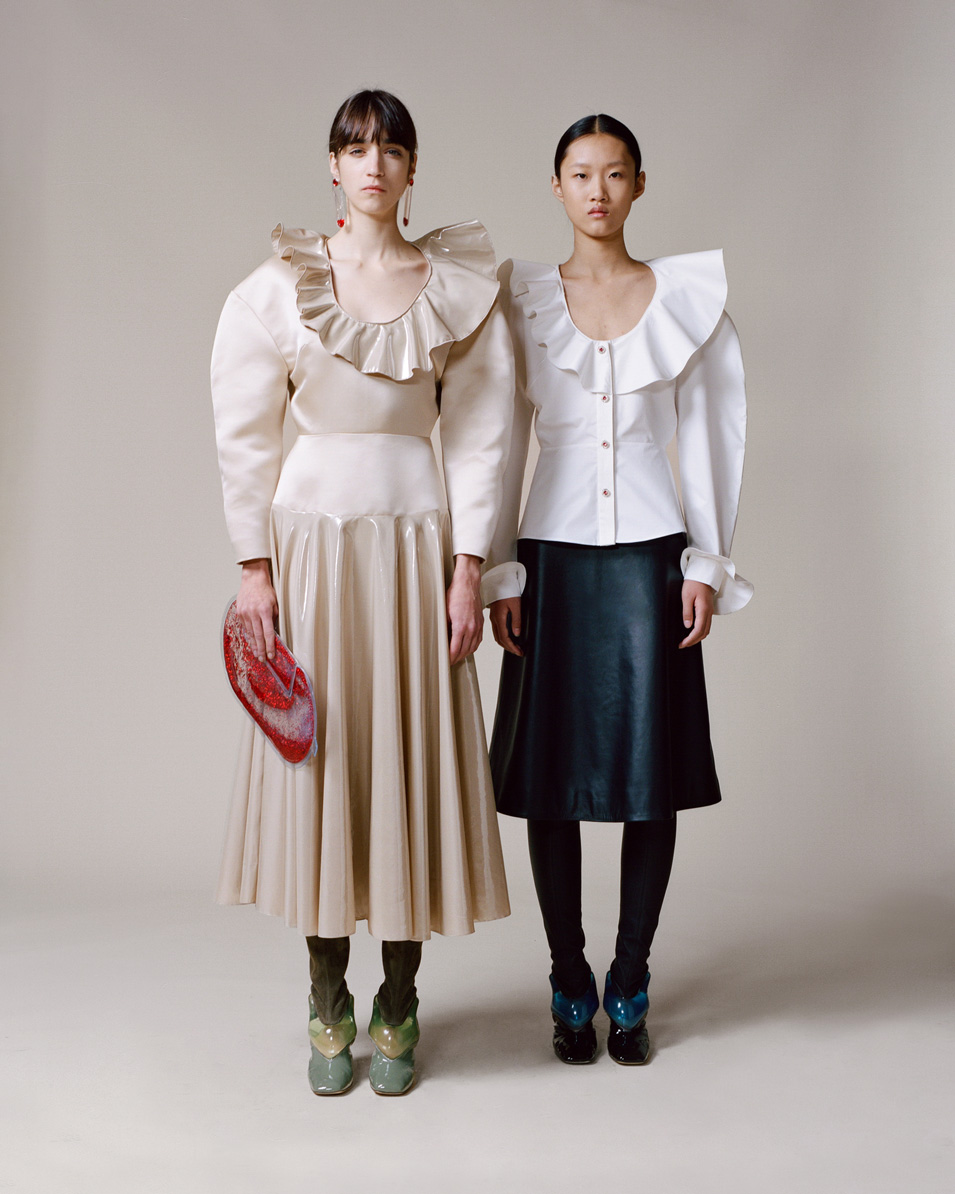 The tailoring also reaches out for the future with sharp, boxy cuts and sometimes featuring contrast suede detailing on the collar and pocket flaps, and other times featuring suit jackets that are cut like a tailcoat to reveal a metallic dress underneath.  However, it’s the dresses themselves that would make Isaac Asimov proud.  For example, dresses that shimmer in shocking pink, and worn under a matching rain mac, are clearly not for the faint-of-heart among us who are longing for the non-attention grabbing styles of yesteryear.  There are also some beautiful mesh dresses that could test the limits of your modesty and, best of all, dresses that are liberally punctuated with shaped latex frills that almost defy description.  Fortunately for us, the future is only a few months away. 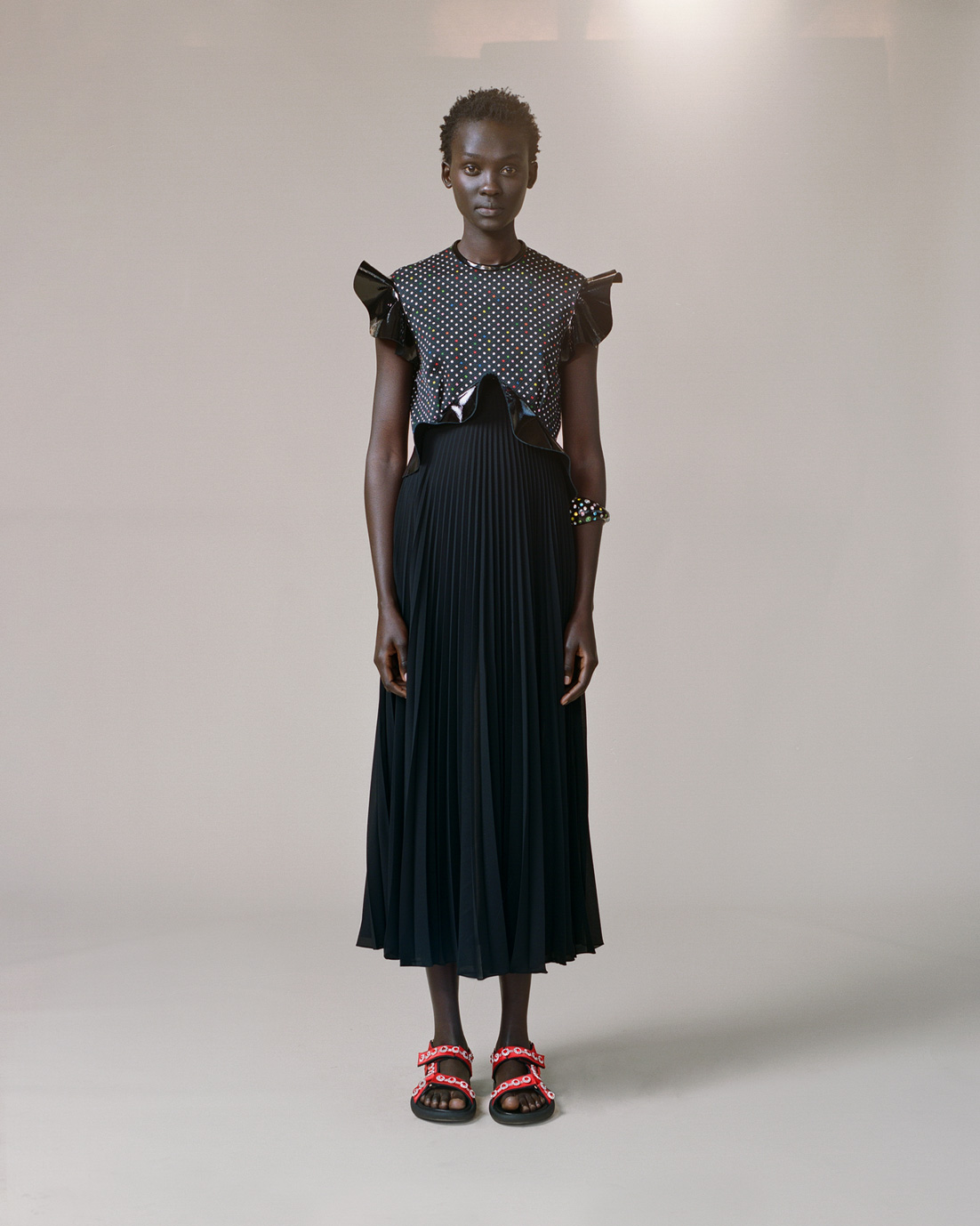