CHANEL is not just a brand.  It’s an entire world defined by its own vocabulary.  Gabrielle Chanel was able to create her own design grammar and her own set of canons that, in turn, made her creations unforgettable and internationally recognised.  For Virginie Viard’s CHANEL AW22 campaign, legendary photography duo Inez & Vinoodh celebrates one of the Maison’s strongest and most recognisable motifs – tweed. 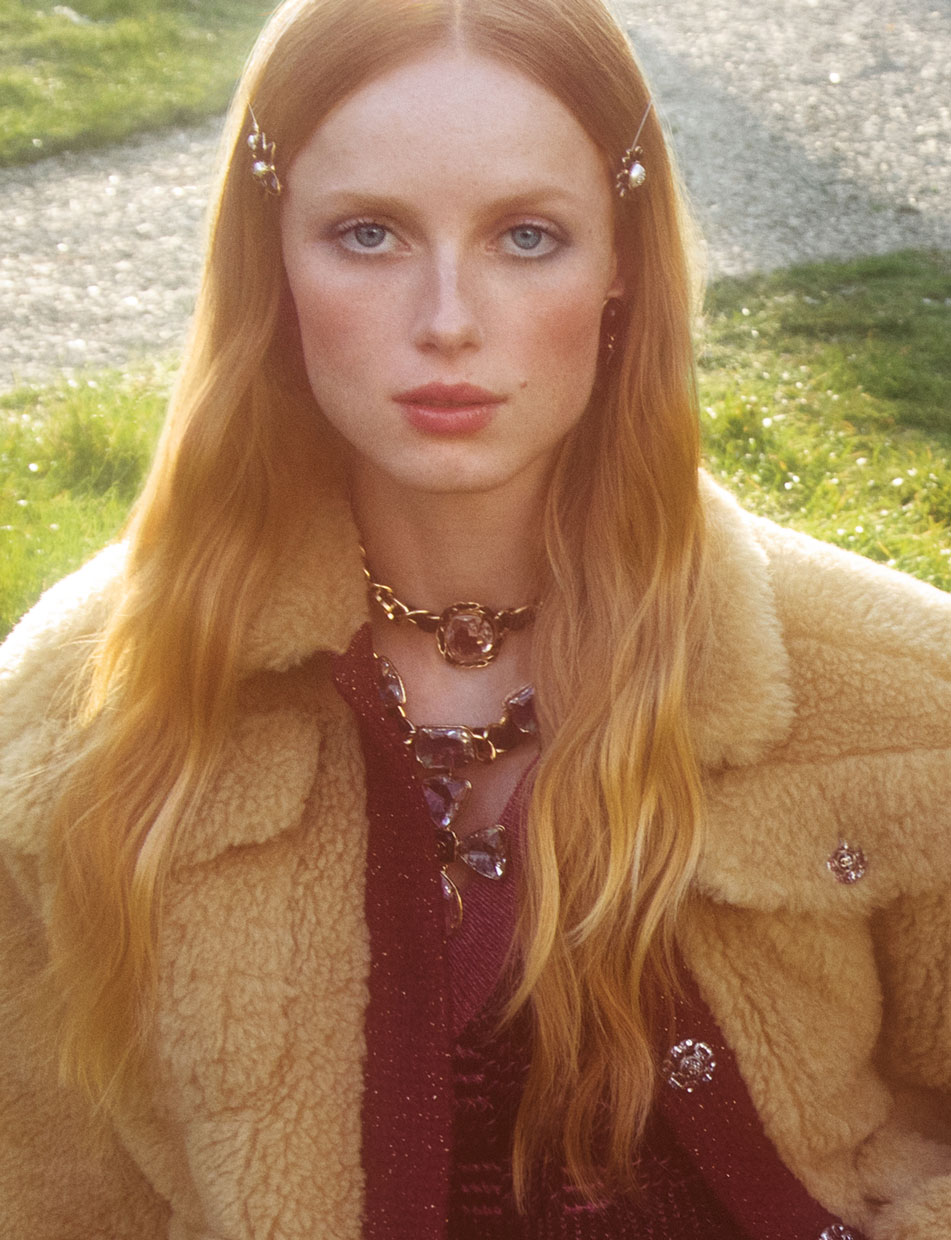 By bringing together both Scottish riverside scenery and stark studio imagery in the campaign, the story alludes to the intriguing contrasts between Gabrielle Chanel’s original inspirational oasis, the aptly-named River Tweed in Scotland, and her exotic life in Paris ‘dressing women with tremendous freedom of movement and ease.’ 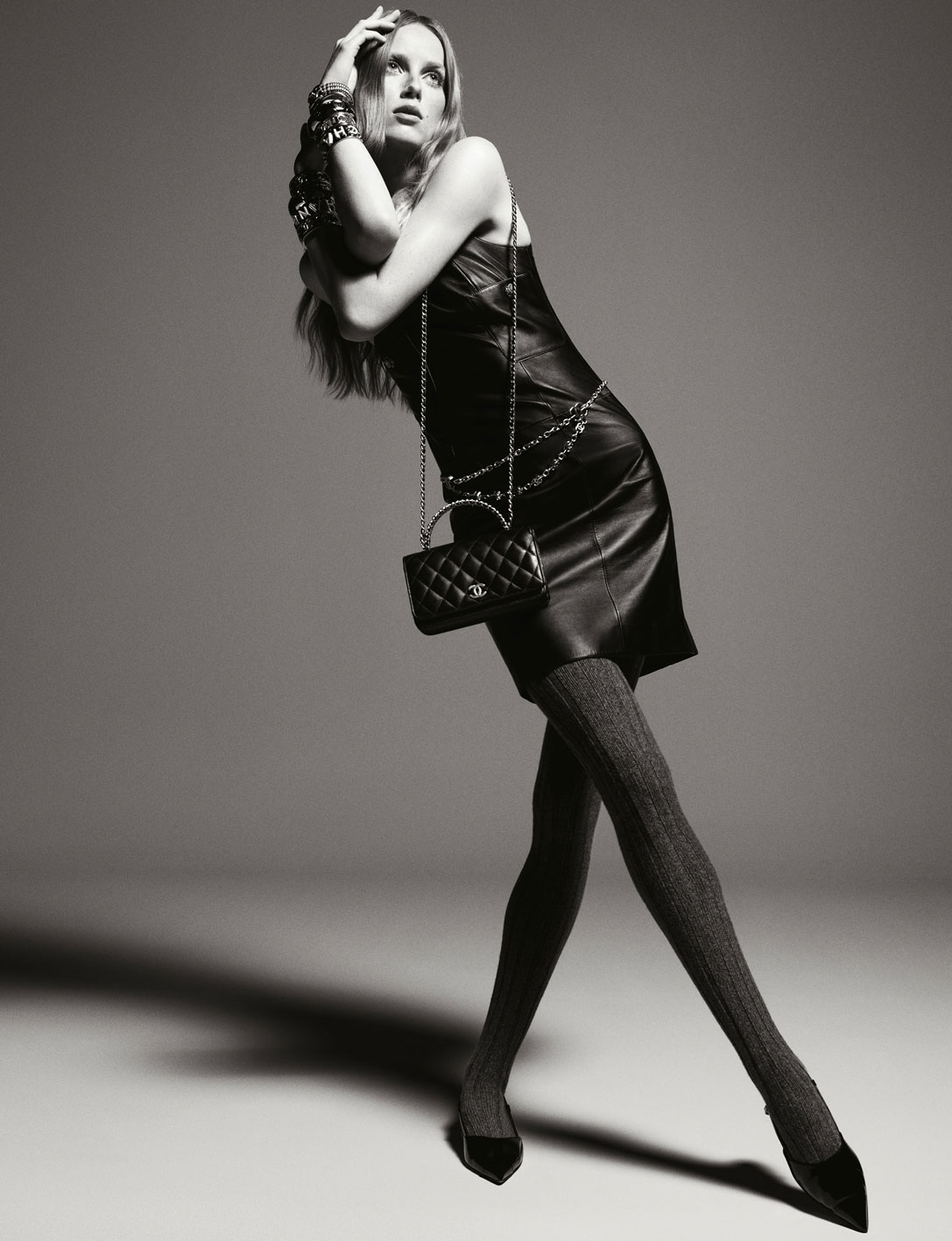 In the beginning, there was the country girl who set herself the goal of being a symbol of Parisian chic.  She developed new ideas of luxury rooted in simplicity.  These are the meaningful contradictions that have always been one of the keys to fully understanding the aesthetic at the heart of CHANEL.  And it’s this visual dynamic that is on full beautiful display in the campaign story. 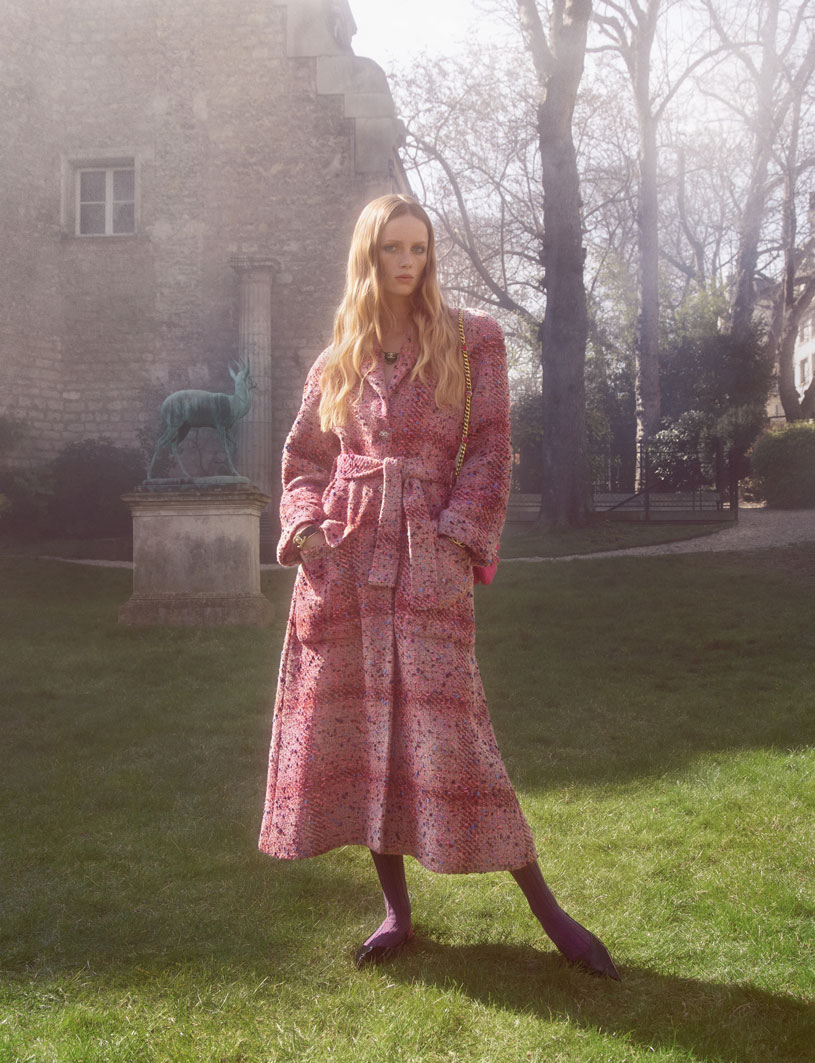 Inez & Vinoodh’s images present odes to this boundless duality over two separate shoots.  The first, in full colour, is set in the countryside.  Our eyes are taken on an ethereal, almost magical journey.  Dreamy and delicate, the autumnal shades are punctuated by vibrant fuchsias and framed by a dawn mist and the strawberry red hair and impossibly high cheekbones of our guide on this trip, Rianne Van Rompaey. 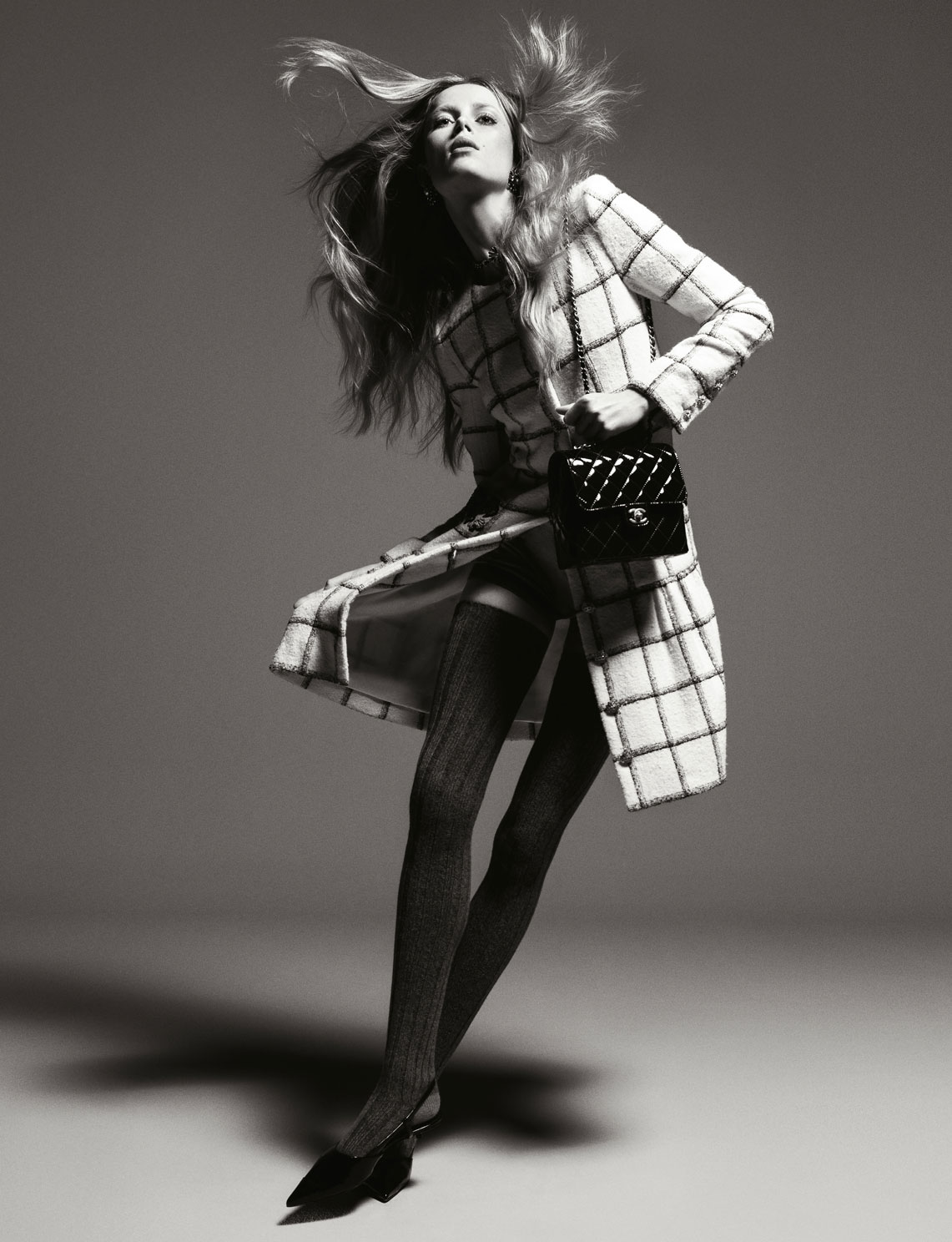 The second shoot takes a different path.  The black and white images offer a starker perspective on the collection, with an almost ‘Sixties Jean Shrimpton’ tint to the lens.  The style is more graphic and dramatic to the eye, with angular shapes and contemporary attitudes carrying the day here instead. 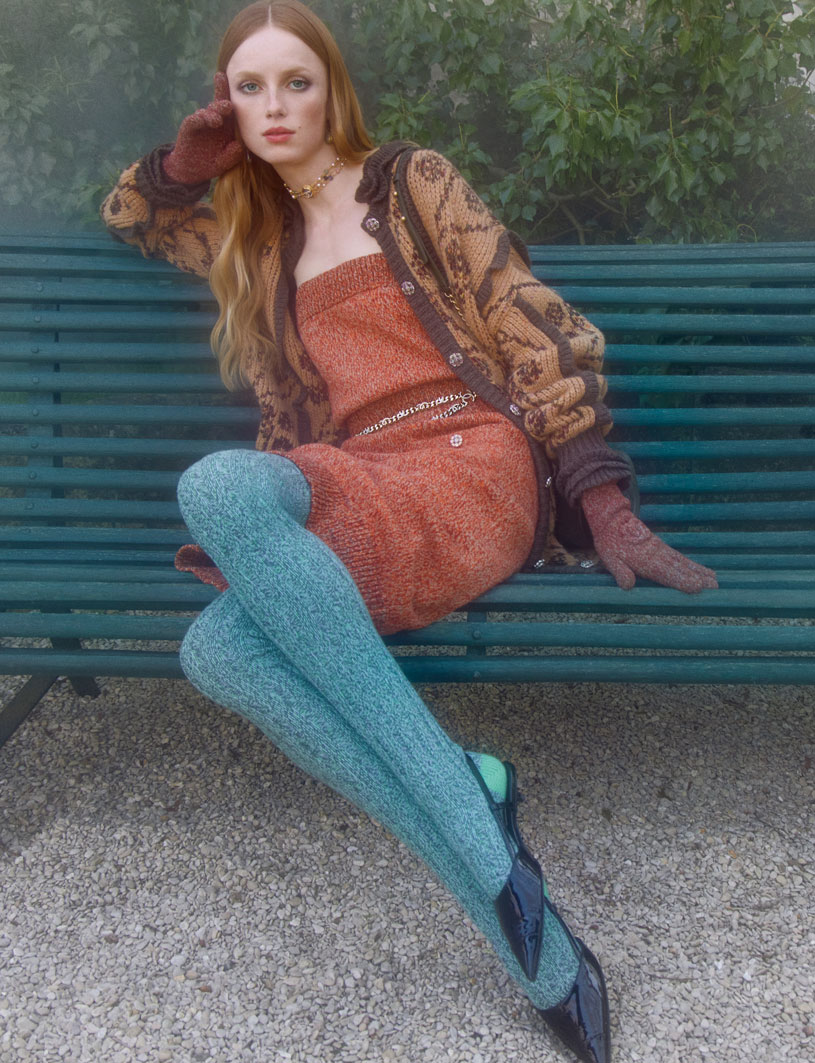 For the accompanying campaign clip, Van Rompaey even shows her dedication to the cause with the Maison’s name carefully written under her eyes.  It’s through her hypnotic visage and delicate movements that we’re transported back and forth between the two states.  And it’s this dichotomy that marks Viard’s winter collection as a stand-out from the rest – no matter which way you look at it. 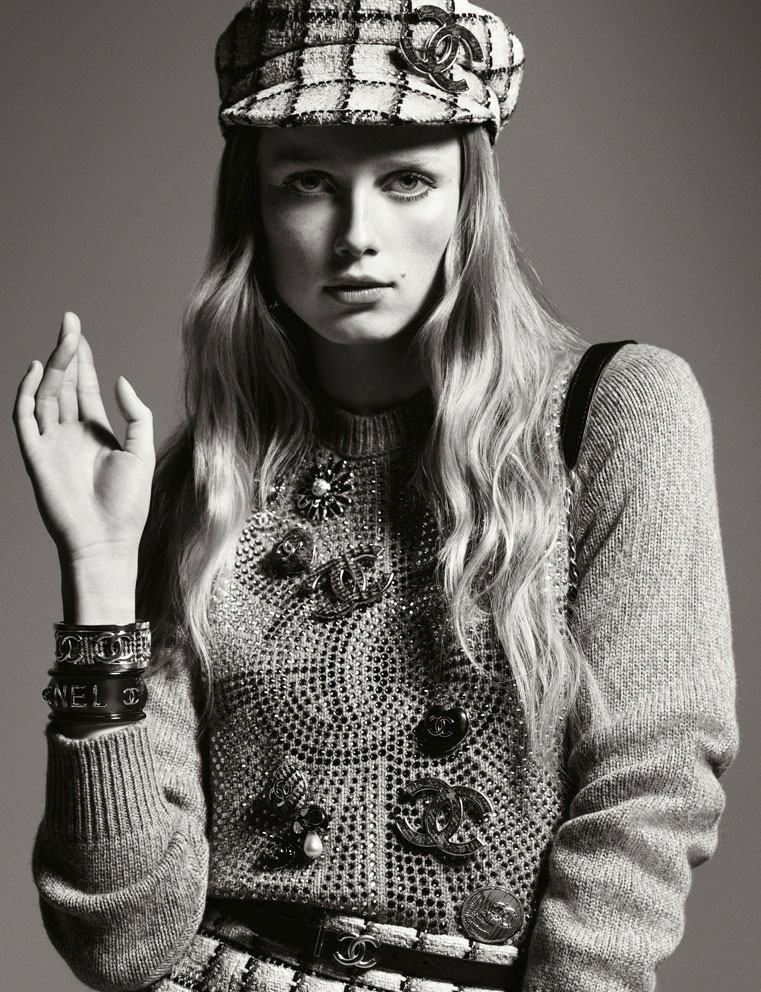 To read our last feature on CHANEL, click here