Burberry recruits the queen of them all for TB Monogram

It may not have been the greatest weekend for English football, but at least when we look at Burberry’s new campaign for their Monogram collection, we know we’re looking at the best of British (via Taranto, Italy). Homegrown style icon Naomi Campbell takes centre stage for the project centred around founder Thomas Burberry’s equally iconic – and equally homegrown – initials.  Decades after first entering the business, Streatham’s own is still the commanding presence she always was.  Here she teams up with creative director Riccardo Tisci for his third TB collection into a world of dualities and contrasts. 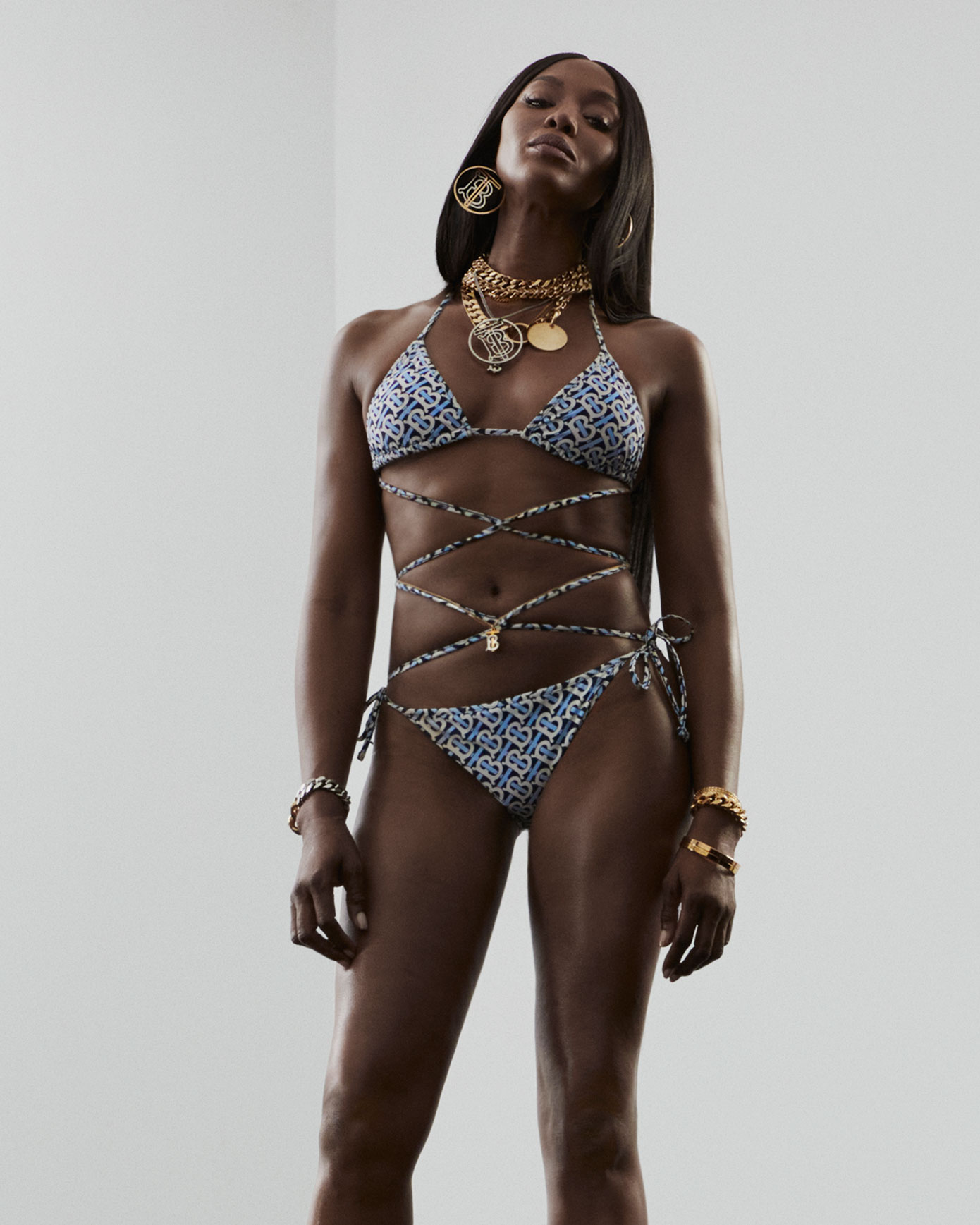 Naomi as the sole protagonist is presented in various pieces from the collection against a backdrop that represents the amalgamation of nature and functionalism; natural versus created; minimalism versus environment.  In this way, the TB collection itself represents that much needed fusion of functionality and form – especially right now.  The colour palette is in a range of cool blues to complement the warm sun, with the TB Monogram running throughout.

I wanted to celebrate the balance of our heritage with the importance of always evolving and looking forwards. The collection captures that optimistic feeling of summer and that feeling of constant momentum, the excitement for what’s next – Riccardo Tisci, Burberry Creative Director. 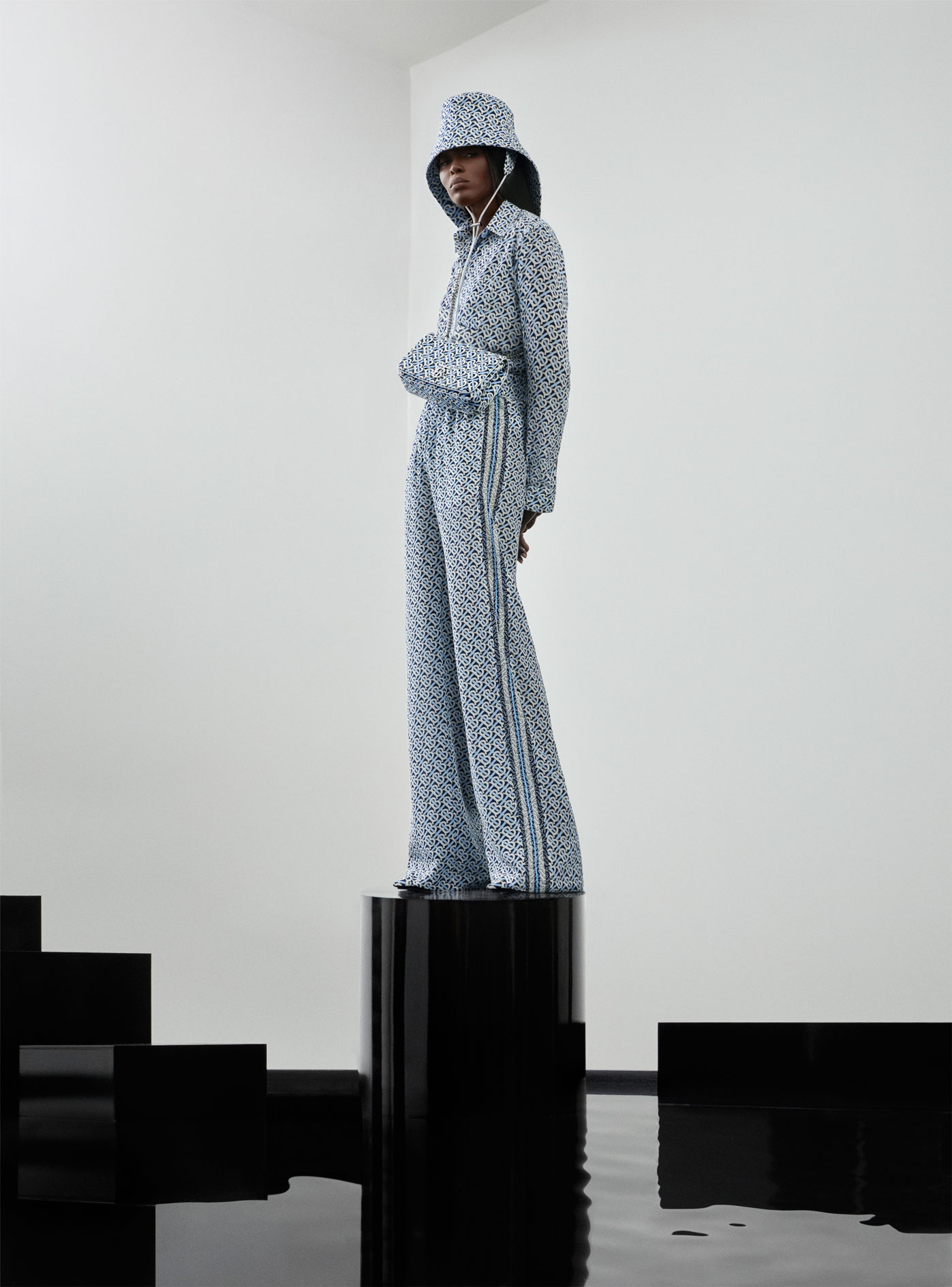 Fashion photographer Dank Steiner captures the still images for the campaign, with Campbell sporting pieces to take you to the beach (bikinis), back into the city (comfortable shirt and trouser twin set) and perhaps even out for the night (figure hugging one-piece body suit).  However, it’s the CGI short film also released as part of the campaign where things start to take on really new dimensions.  Visual artist Frederik Heyman’s dream-like computer rendered environment coupled with the dramatic lighting effects sharpens the overall creative edge just that little bit further.

It’s magical working with Riccardo. He always has such a unique vision and continually manages to bring another facet out of me, pushing me to do things I don’t think I can do. Working with Burberry is also always such an honour. It’s a British institution and has been since it started in 1856 – in a way, you feel like you’re representing your country. I feel that British style and attitude always lead the trends. We don’t just wear it, we live it – Naomi Campbell. 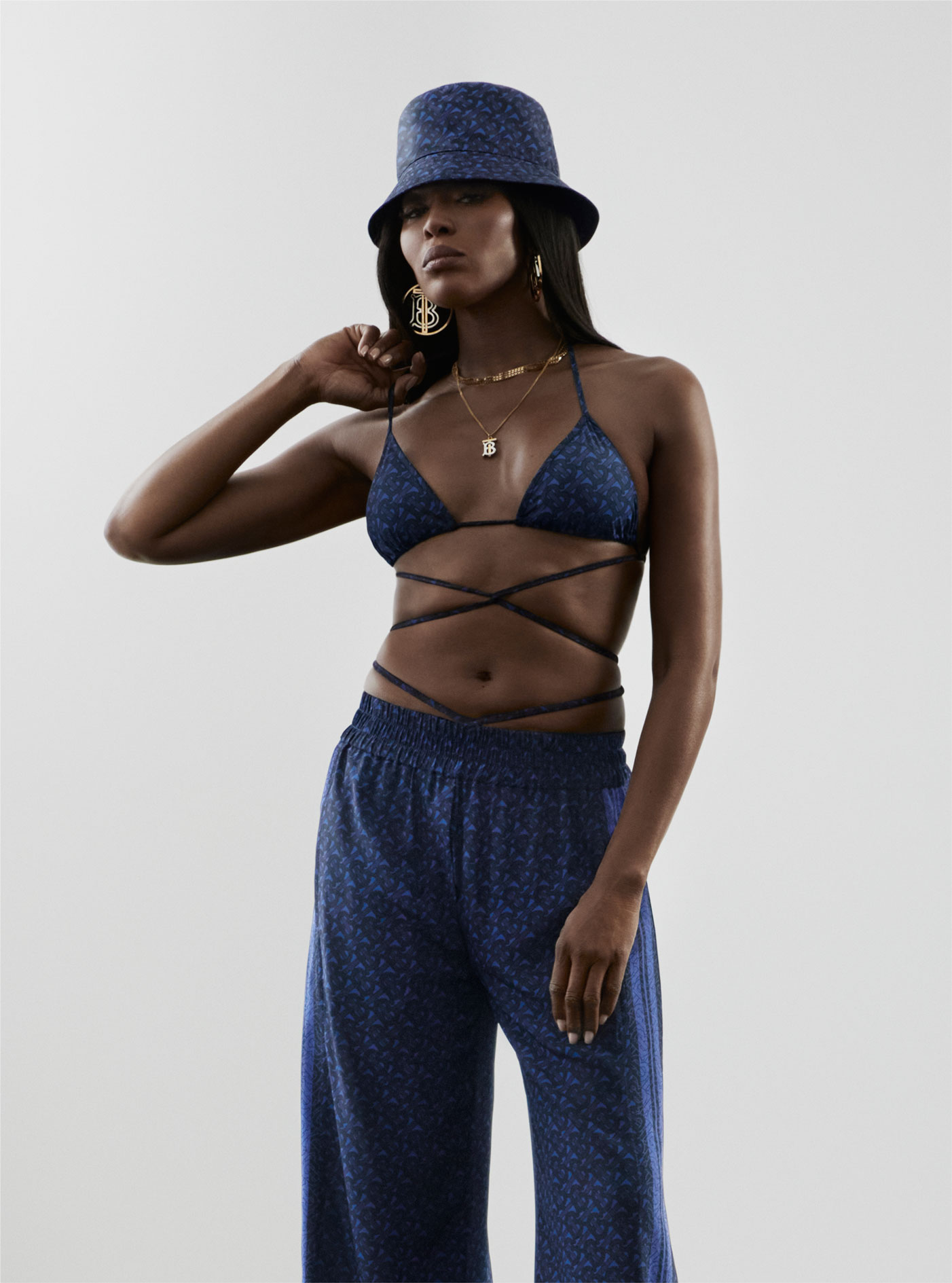 The CGI film is described as having a ‘CGI embodiment of Naomi Campbell.’  There’s one way to find out exactly what that means: follow us on Instagram to see the full Burberry campaign clip.

Click here to read our last feature on Burberry.