Riccardo Tisci along with stylist Lotta Volkova and long-time collaborators, photographer duo Inez and Vinoodh, set out to ‘forge togetherness’ in the new Burberry campaign for AW22.  In the story, the creative team offer what has been dubbed ‘a playful twist’ on the traditional Burberry codes.  And for anyone that has followed Tisci’s journey over the last few years, it’s exactly this reinterpretation of the classic that has made his work so compelling. 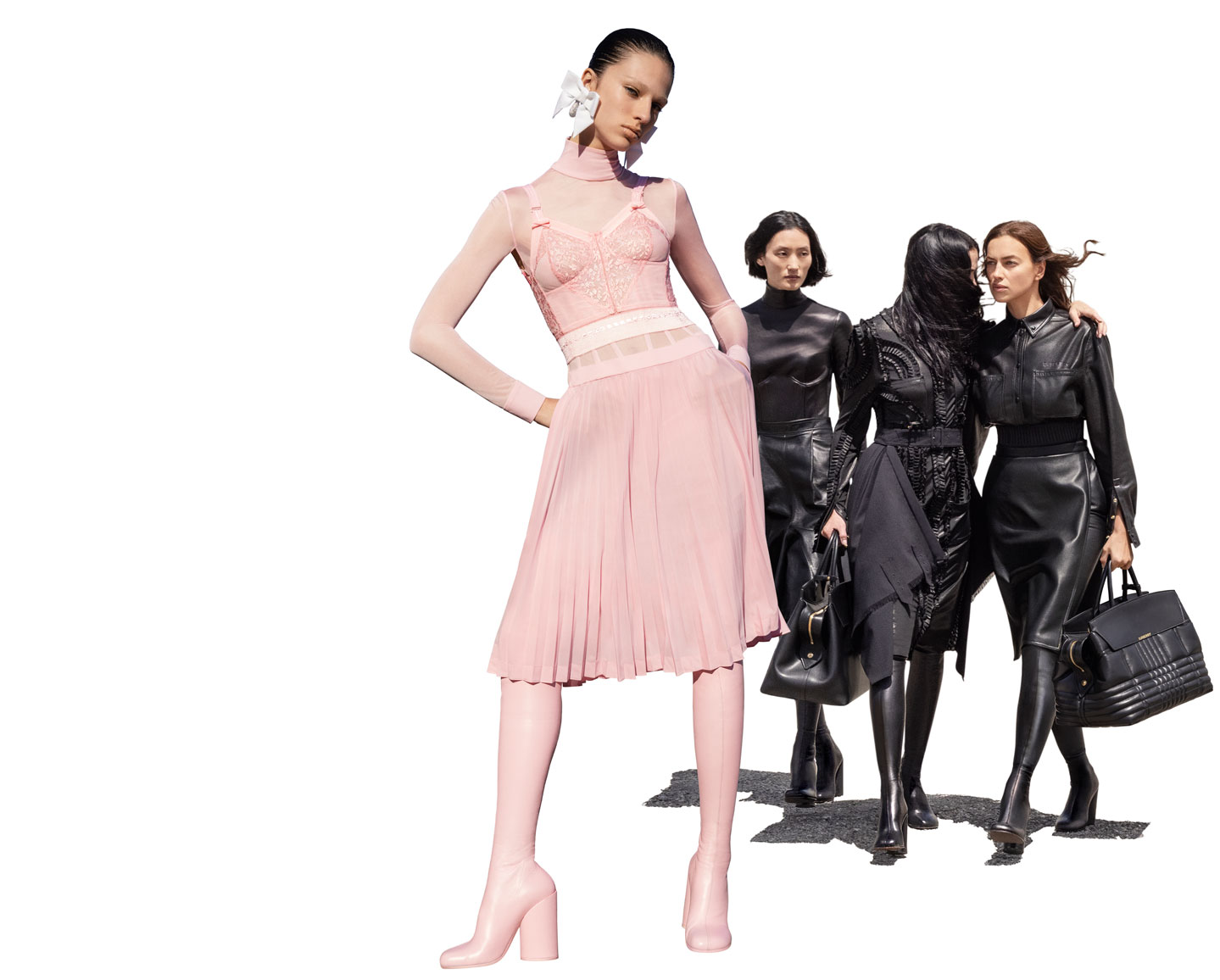 The campaign’s opening scene shows a cowboy confidently atop a horse pacing through the L.A. streets alongside a classic vintage car.  We see a cast of diverse characters adorned in Burberry, that recalls a scene straight out of an urban Western novella.  Throughout the campaign we get a sense of Tisci’s ‘new community’ and the celebration of individual identities. The dynamic base and electronic undertones from the soundtrack contrasts with their slow-motion march to echo the harmony in juxtapositions. 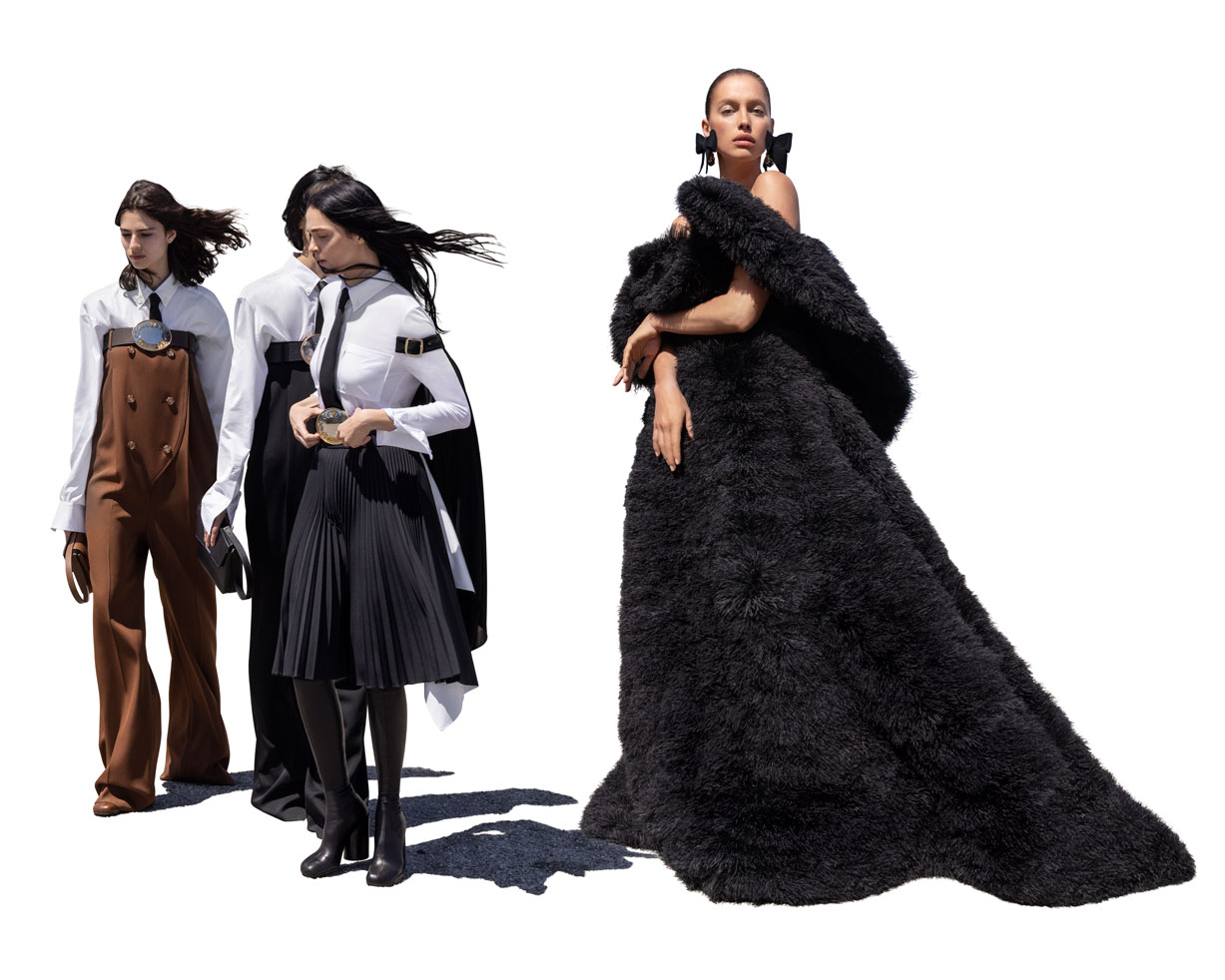 The collection for men delves into the reimagining of Burberry’s ‘Equestrian Knight Design’.  And this signature avant-garde style is embodied on film by the flair and the boldness of the Compton Cowboys, an L.A.-based black-owned non-profit organisation dedicated to supporting local African-American communities.  As part of their partnership on the campaign, Burberry are donating to the organisation’s cause for another way of their story of community to be told. 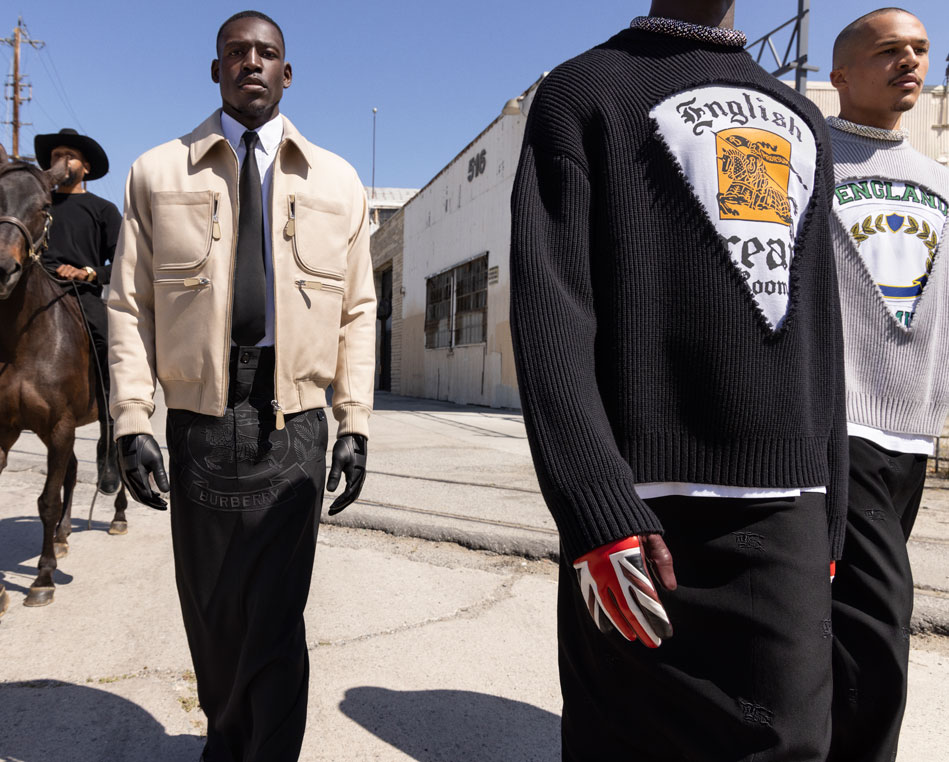 For women, we see eye-catching twists on tradition and heritage.  The new silhouette of the classic women’s trench is all-encompassing and adds the glamour of a ballgown.  Burberry’s Signature check covers the mid-length coat sporting corrugated fringing, the knee-high boots, and the matching tote in a dance of contemporary construction and cut. 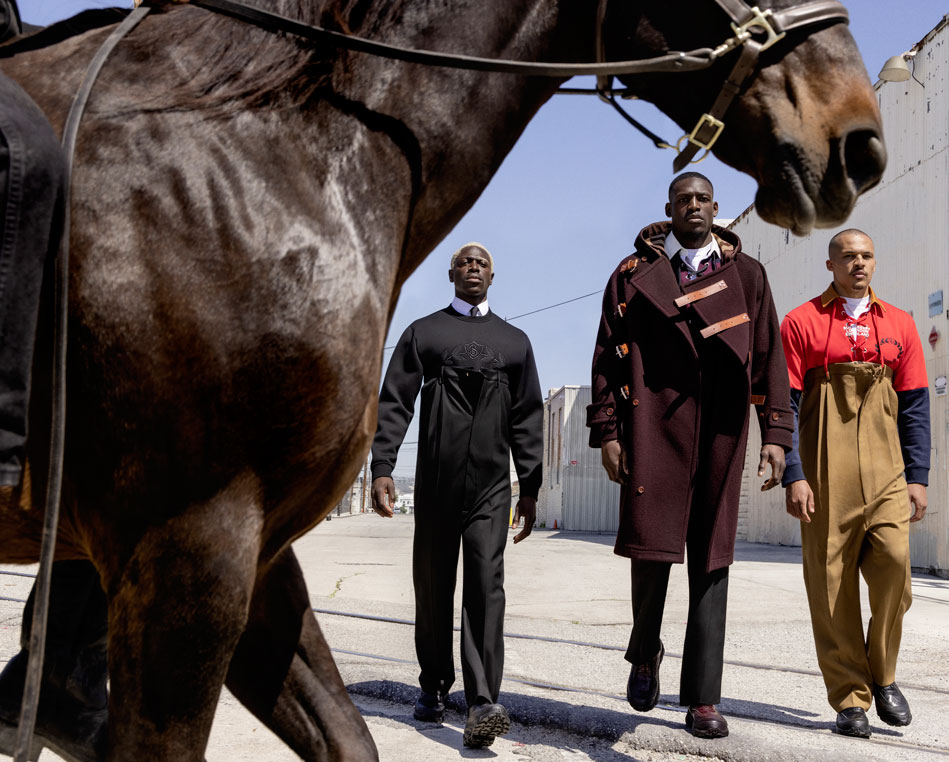 In front of the filmmaker’s lens we have the likes of Irina Shayk, Khalil Ghani and Lina Zhang, and the editing strikes a discordant tone with a series of sharp pattern interrupts – almost as though the clothes are well worth the double-takes.  In Burberry this autumn/winter, it could well be the thing you’ll be noticing most on your streets.

To watch the Burberry AW22 campaign film, visit THE FALLtv