For anybody who saw Beyoncé’s concert movie Homecoming on Netflix recently, you’ll understand just how much Balmain creative director Olivier Rousteing loves collaborating with talented and exciting artists from all around the globe.  Long time Balmain muse, Cara Delevingne is another of those artists we can add to his list.  While she may be best known for lighting up the world’s catwalks, à la Naomi, Cara has actually spent most of the past few years carving out a place for her often mispronounced (and often misspelt) Delevingne family name on the big and small screen.  Since 2011 she’s moved seamlessly from big budget projects like Suicide Squad and the extravagantly titled Valerian and the City of a Thousand Planets to small indie flicks like Paper Towns and Kids in Love.  In fact, she’ll next be seen on the big screen this autumn in Life in a Year, playing the dying girlfriend of Jaden Smith and alongside one of our own original collaborators for THE FALL, The RZA. 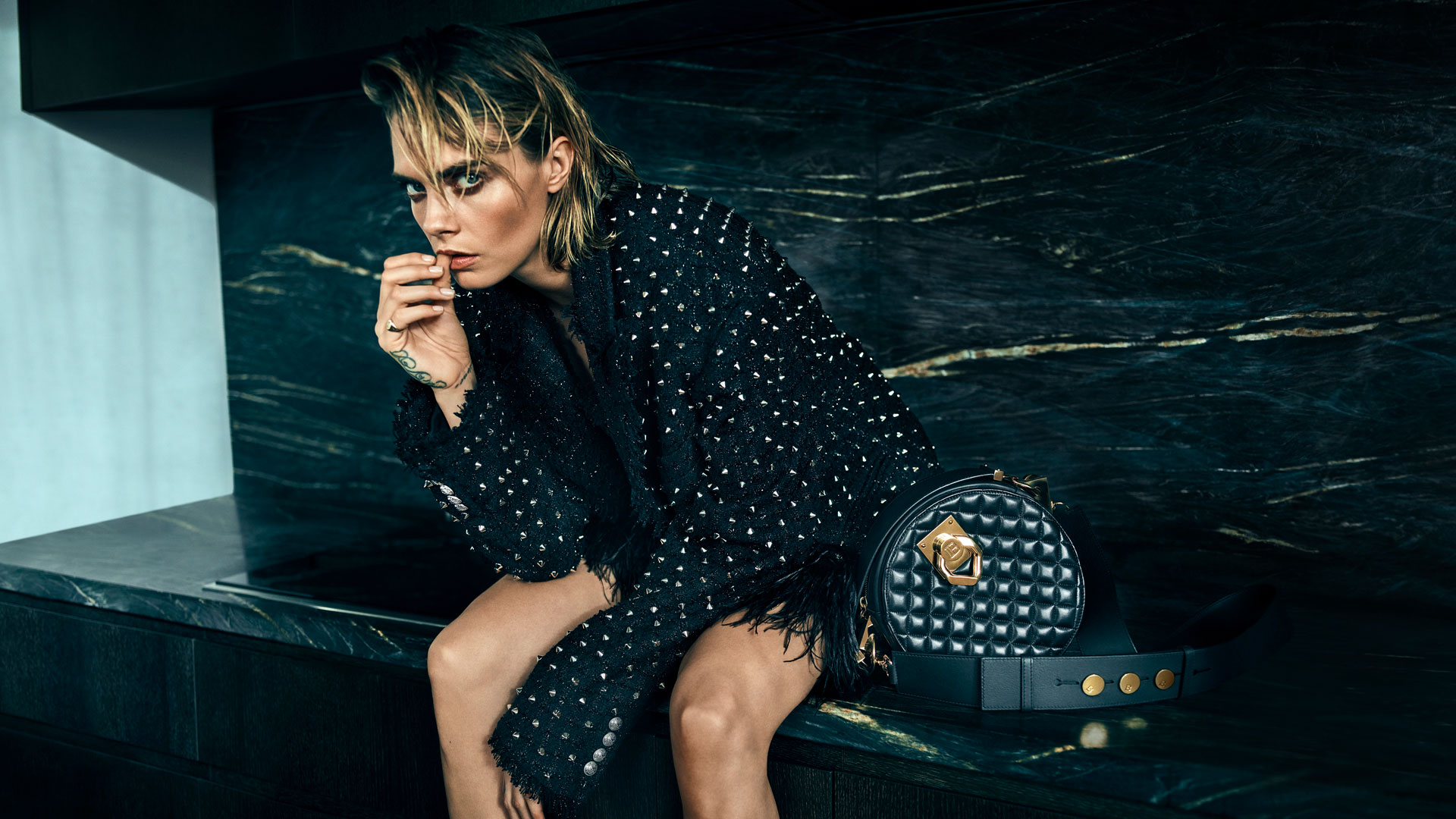 Creative collaborations often produce the most exciting results.  Olivier Rousteing plus Cara Delevingne is no exception to this rule.  Together they have come up with a small but extraordinary collection of new luxury bags for Balmain that captures the spirit of all three involved – creatively rebellious, artistically ambitious and 101% fashionable.  For Delevingne this is her first creative collaboration with the famed French house.  The collection itself consists of three statement bags designed to appeal to every fashion instinct you have.  First there is the gorgeous disc shaped Twist bag with the oversized shoulder strap.  Then we have the BBag, showcasing that famous Balmain ‘B’.  Finally we have our favourite, the eye-catching Romeo bag, wonderfully shaped like an upturned flower pot.  All the bags feature that distinctive gold Balmain detailing and all of them should already be on most people’s wish lists. 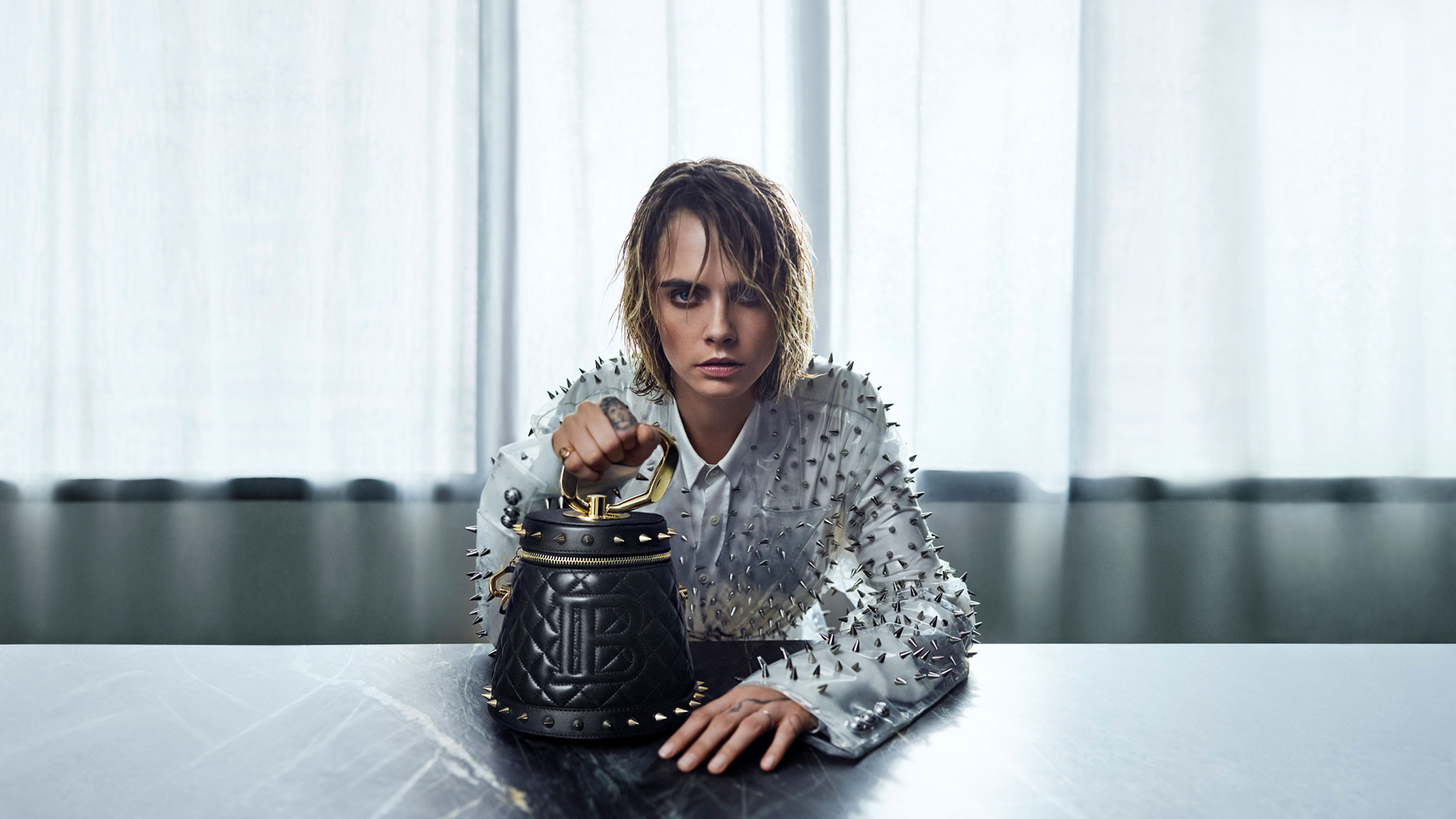 To mark the occasion Delevingne herself fronts the new campaign for her mini-collection and, as an extra bonus, the campaign also includes a series of film clips.

“Of course, the videos had to focus on Cara.  And it’s not just because she collaborated on the design of the bags.  Cara is the star because it’s clear to everyone that she is the embodiment of the Balmain rebel – the self-assured troublemaker with an invigorating, new type of rebellious spirit.  Cara reflects the strong and confident attitude of the women of my generation; women who are not content to simply push back.  Instead, they revel in pushing forward, while making sure to push every single button along the way.” – Olivier Rousteing. 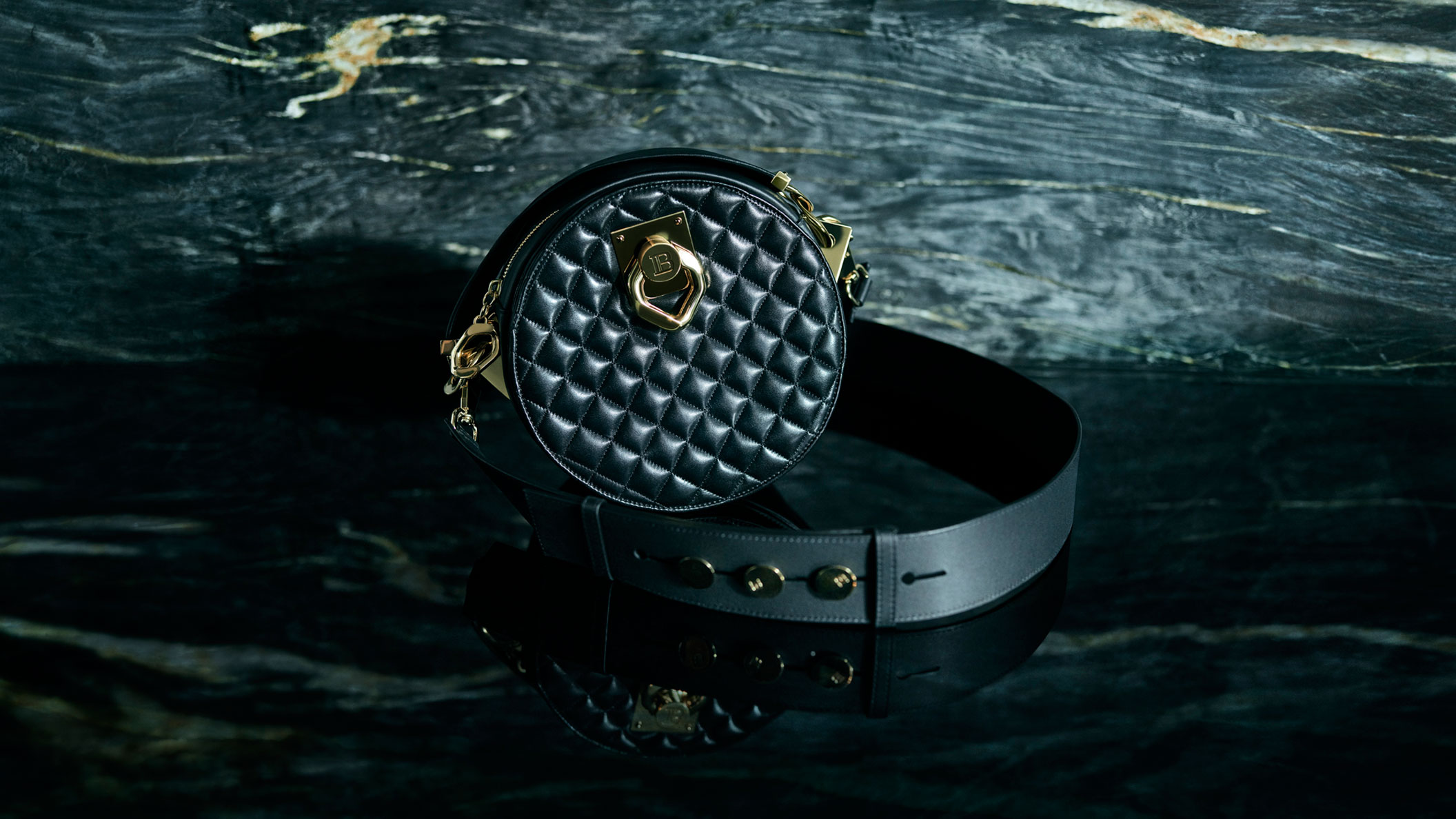 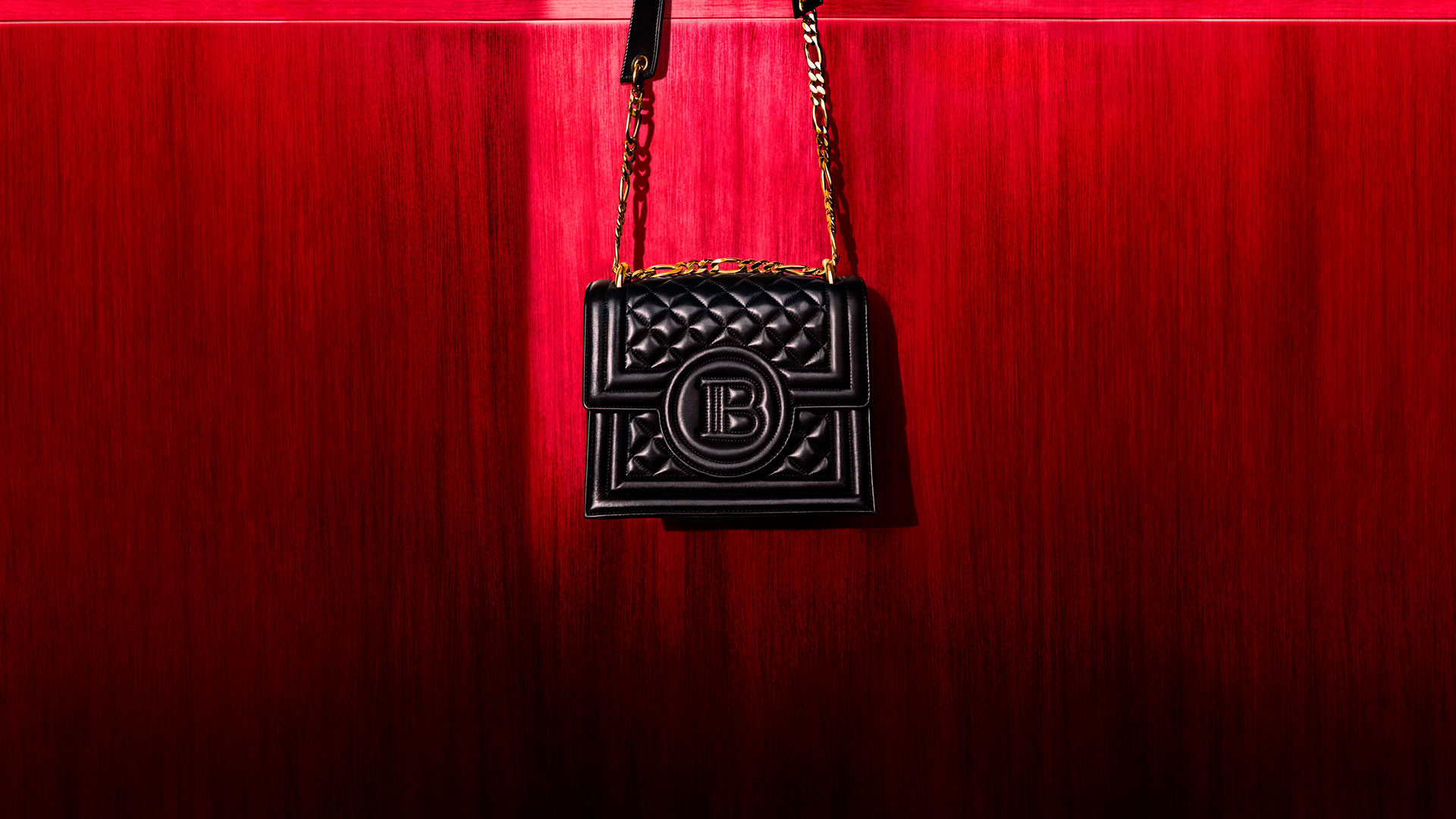 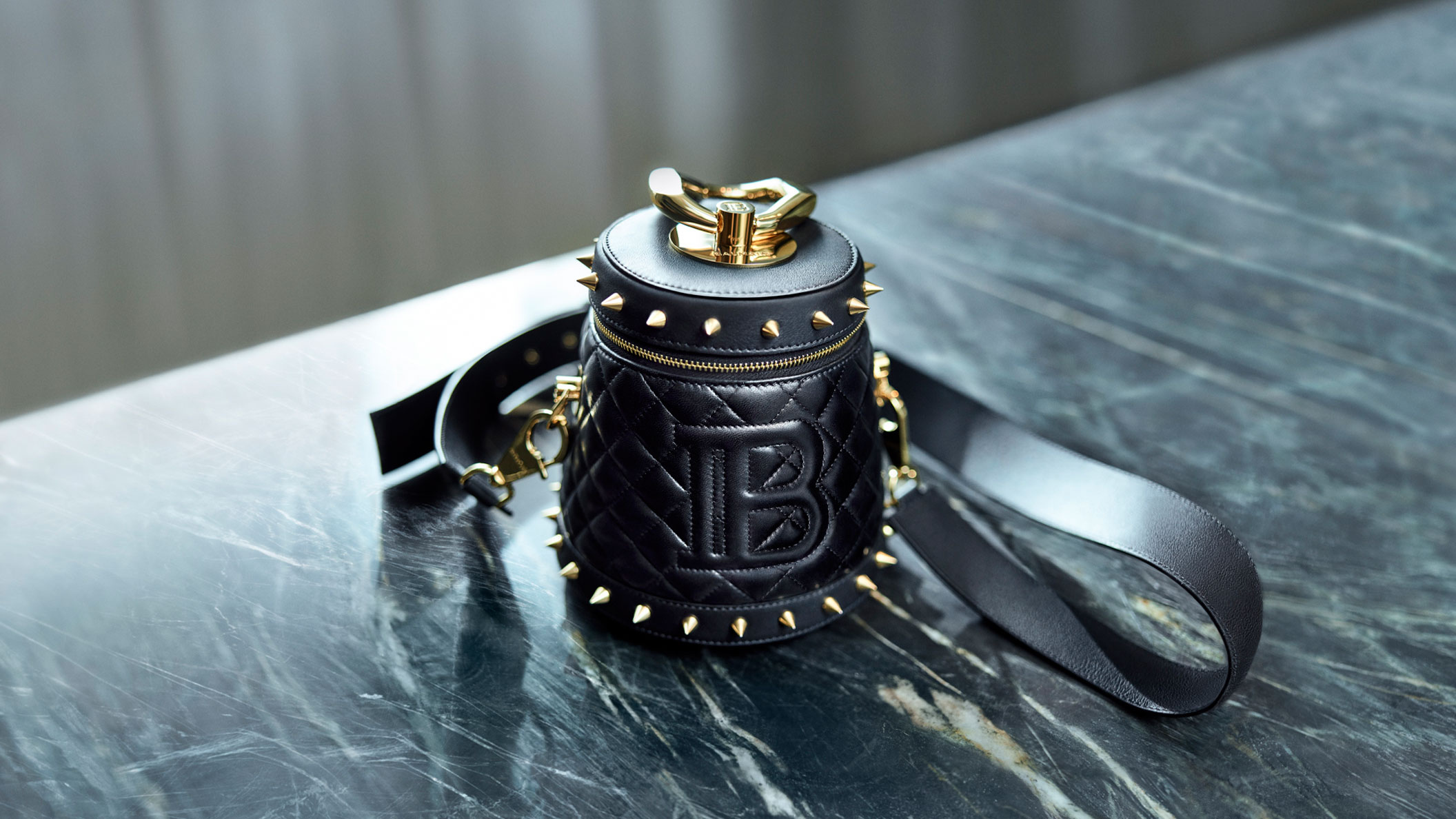 The new collection is available to push all your buttons in store now.  Considering how gorgeous these bags are we can already hear the ever loyal ‘Balmain Army’ mobilising for action.

Click here to find out more about the Cara Delevingne collection for Balmain.

See the first in the series of Balmain film clips at THE FALLtv.