After the departure of Daniel Lee from Bottega Veneta last November, new creative director Matthieu Blazy began developing a pathway to fashion for young artisans. For his debut AW22 Ready-to-Wear campaign, he places them right at the heart of his vision.  The new designs were previously unveiled at Milan Fashion Week earlier this year, and transitioned from classic tailored silhouettes to oversized structured Caban coats.  Here, Blazy’s ‘foundation collection’ communicates another type of journey – starting backstage at Milan’s Palazzo San Fedele, then on to Belgium’s Horst Festival, before returning to Italy and its southern coast. 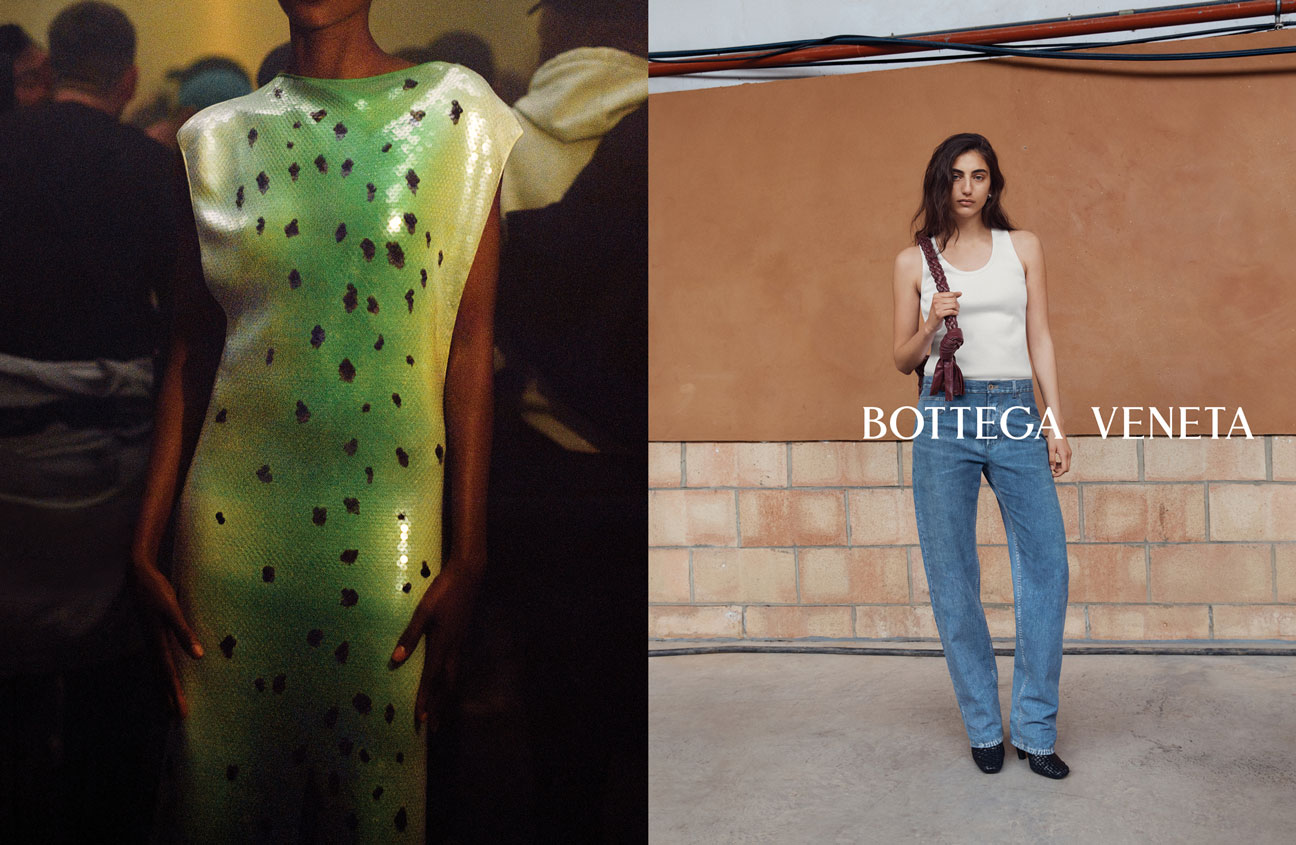 This innovative concept of ‘craft in motion’ was captured on film by a dazzling line-up of debuting and established photographers and cinematographers.  In an ode to Blazy’s notion of ‘perspective through the lens of many,’ Solene Gun shoots a full-length leather gown backstage at the Palazzo San Fedele to present a new take on glamour.  Juxtaposed alongside it, Louise and Maria Thornfeldt show a seemingly conventional white tank top and straight-leg jeans and makes them immortal in style via Veneta’s Kalimero leather bag.  In discussing his own approach to his first collection, Blazy called his pieces ‘characters’, noting: ‘they all have places to go’.  The images served up in the campaign and accompanying films all channel that underlying sense of new journeys to be taken. 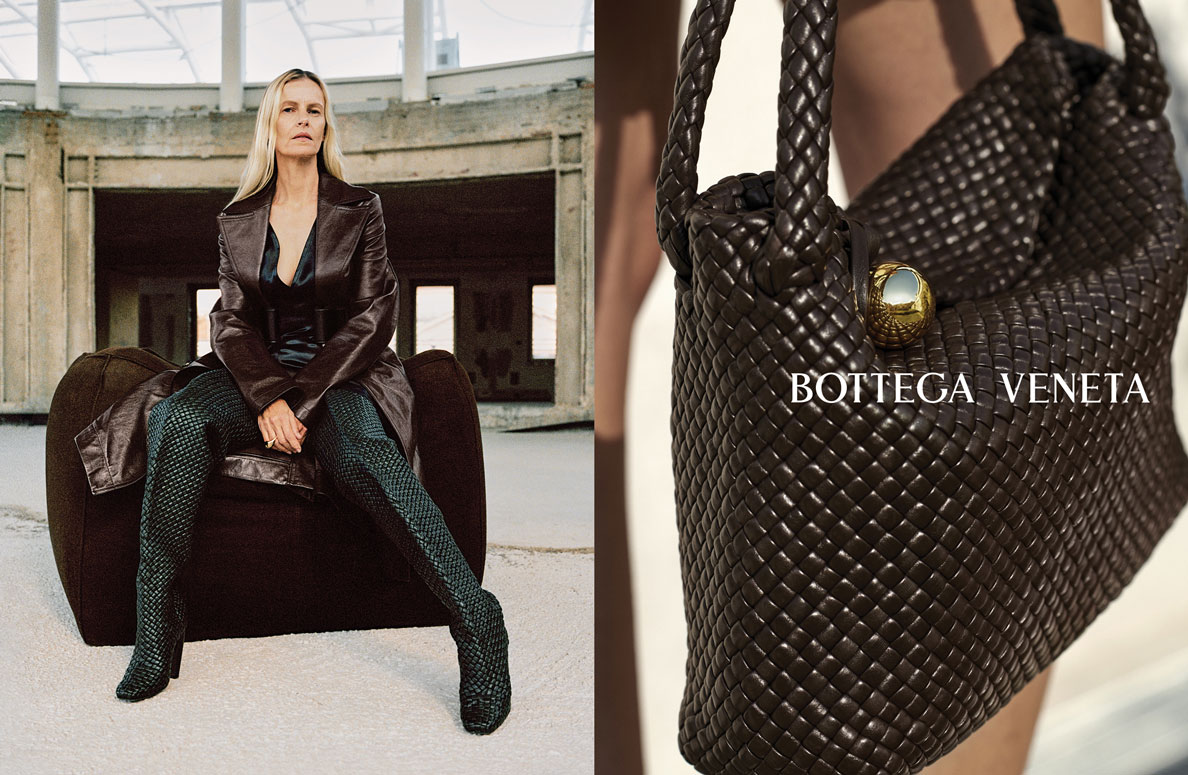 Elsewhere, Sander Muylaert captures a scene of serene chic with Emma Balfour draped in chocolate leather and wearing thigh-high emerald boots in the famous intrecciato weave.  On film, Gretar Gunnlaugsson, Luca Werner and Benoit Debie are the videographers translating Veneta’s ‘quiet power’ with a series of short but graceful clips.  All the time, Blazy’s attention to detail elevates the familiar, transforming it into a timeless design aesthetic that feels playful yet confident and chic. 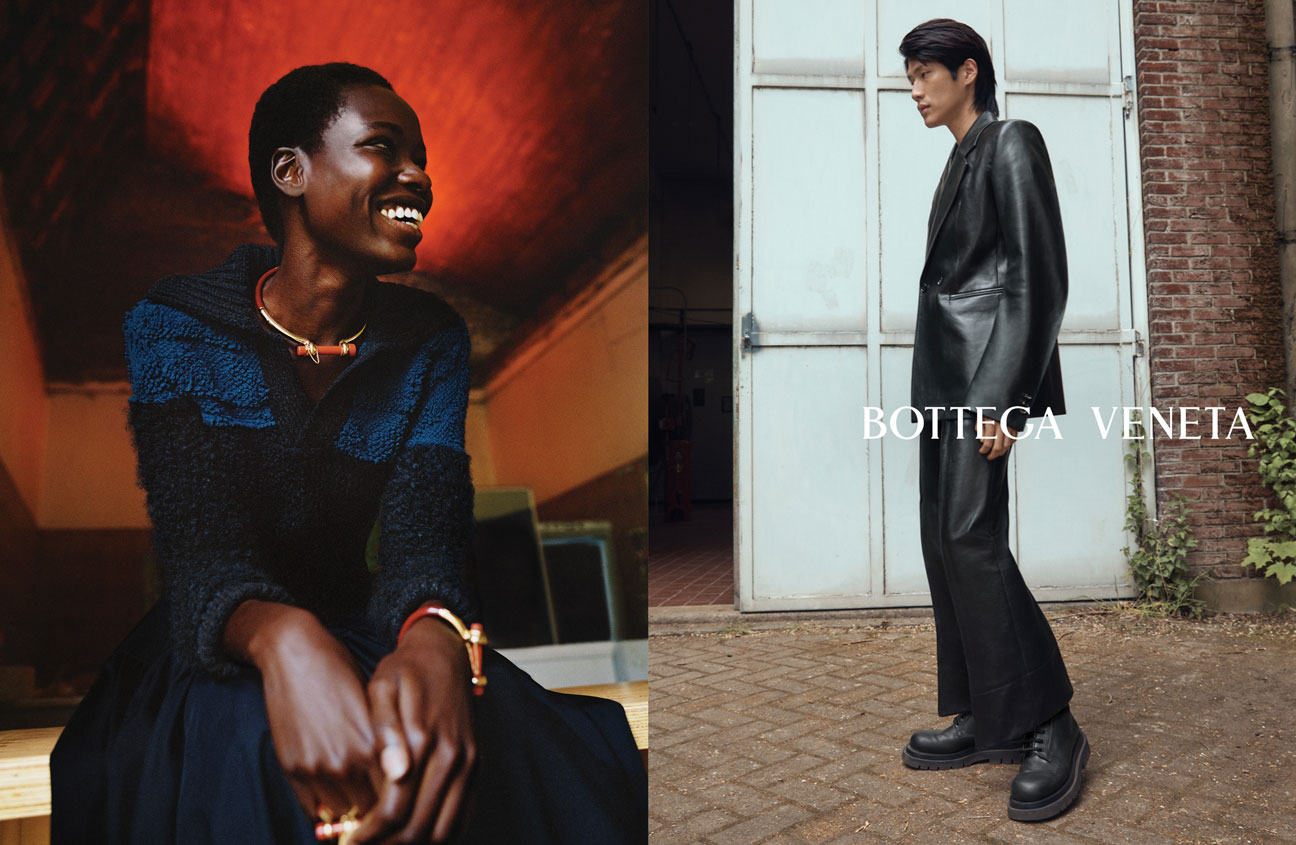 The multi-generational, multi-national cast toured the locations over weeks of shooting for the campaign. In turn, this created a familial bond throughout the entire team that emanates from the resultant images.  The visuals are candid and joyful, and spotlight Blazy’s flair for colour, cut and shape.  All of which bodes really well for a compelling new future at Bottega Veneta. 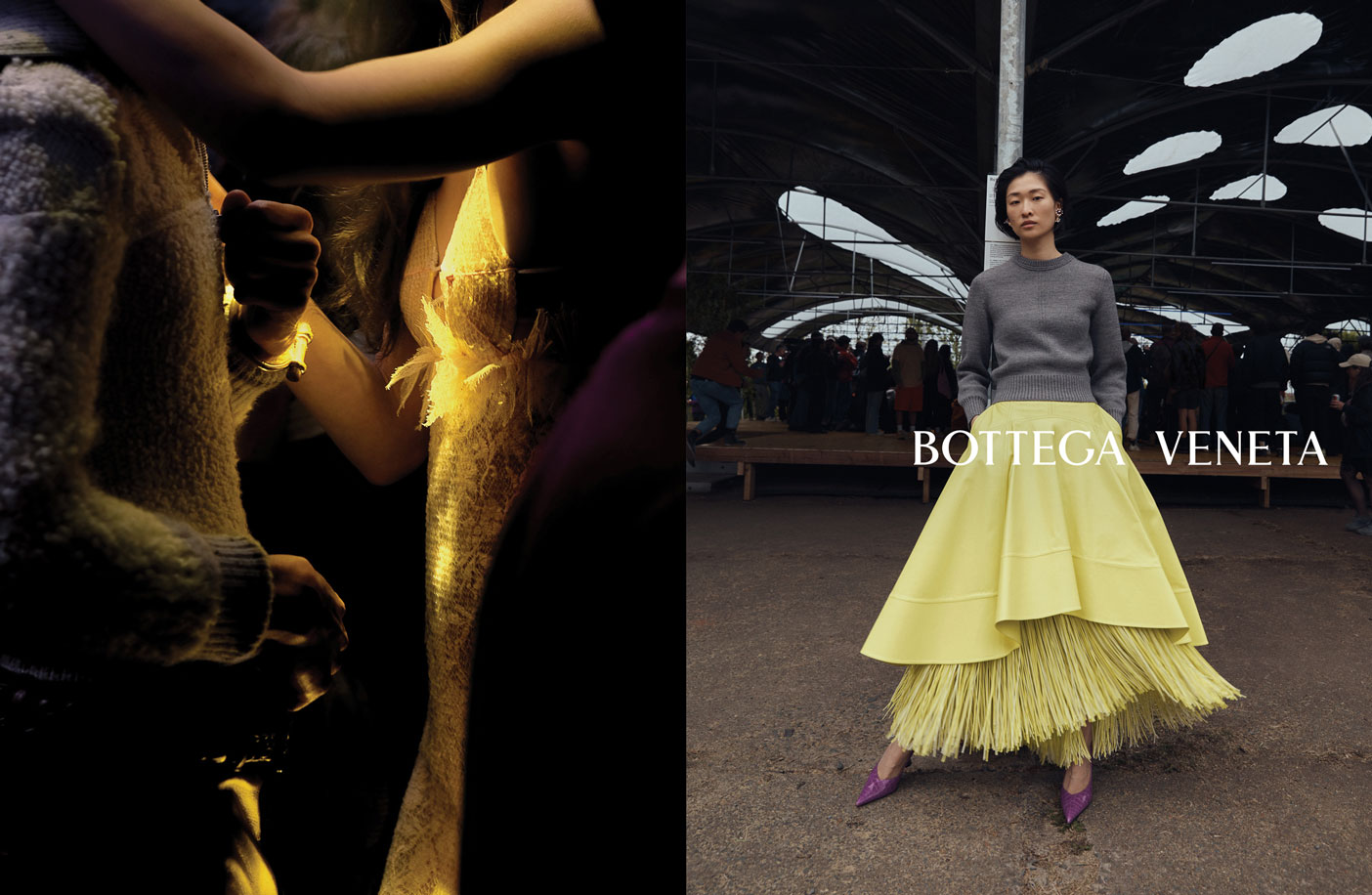 To read our last feature on Bottega Veneta, click here