When the ambiance music is the heavy dub reggae of Ethiopia by Studio One rocker Cedric Brooks and the show itself starts with the voiceover of Oliver Samuels, one of Jamaica’s most beloved comedians, you instinctively knew Paris Fashion Week was about to witness something they had not yet seen on their catwalks before with the Bianca Saunders menswear AW23 show. 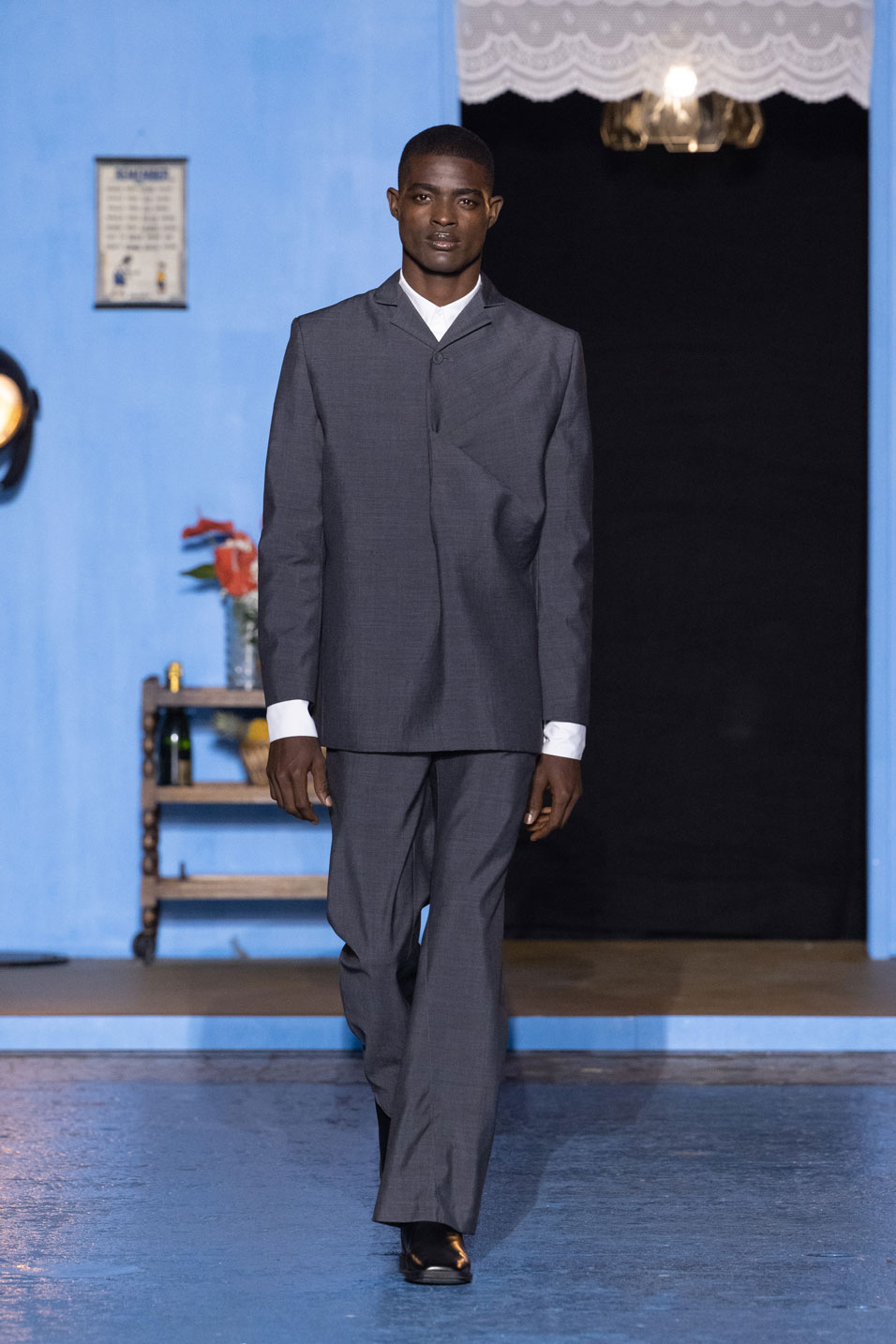 Bianca Saunders is a designer that comes fully formed.  The family heritage that she brings to each of her collections is either a fascinating education to behold or a compelling reminiscence to get lost in – depending on who you are.  Delightfully, for Paris fashion it would have been the former dynamic for most, if not all. 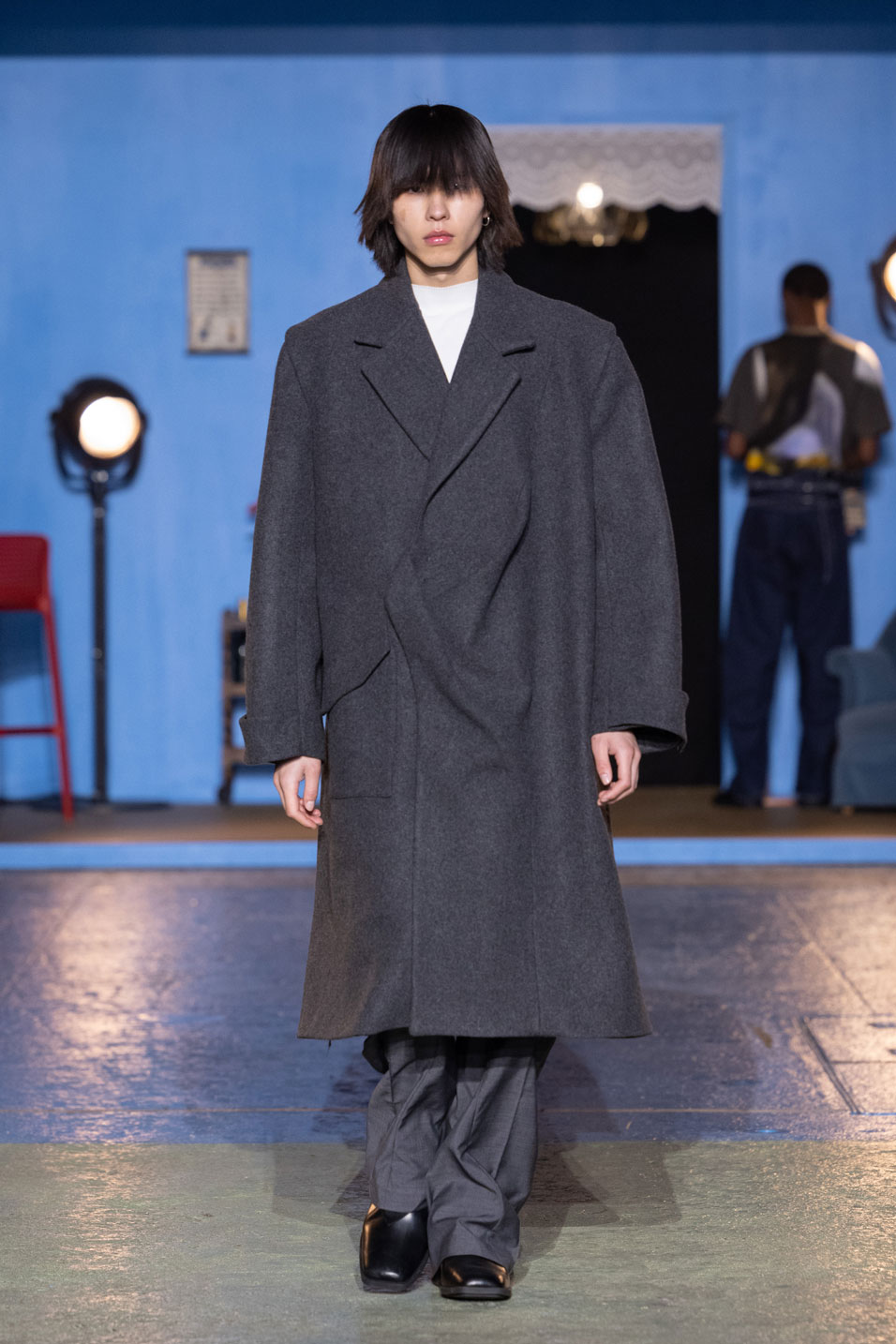 Set to a backdrop that invoked Samuel’s simple Jamaican stage-play comedies, the Bianca Saunders menswear AW23 collection, titled Playwork, exposed us to more of her exceptional talents for garment construction and her intriguing theories on modes of male dressing (pun definitely intended). 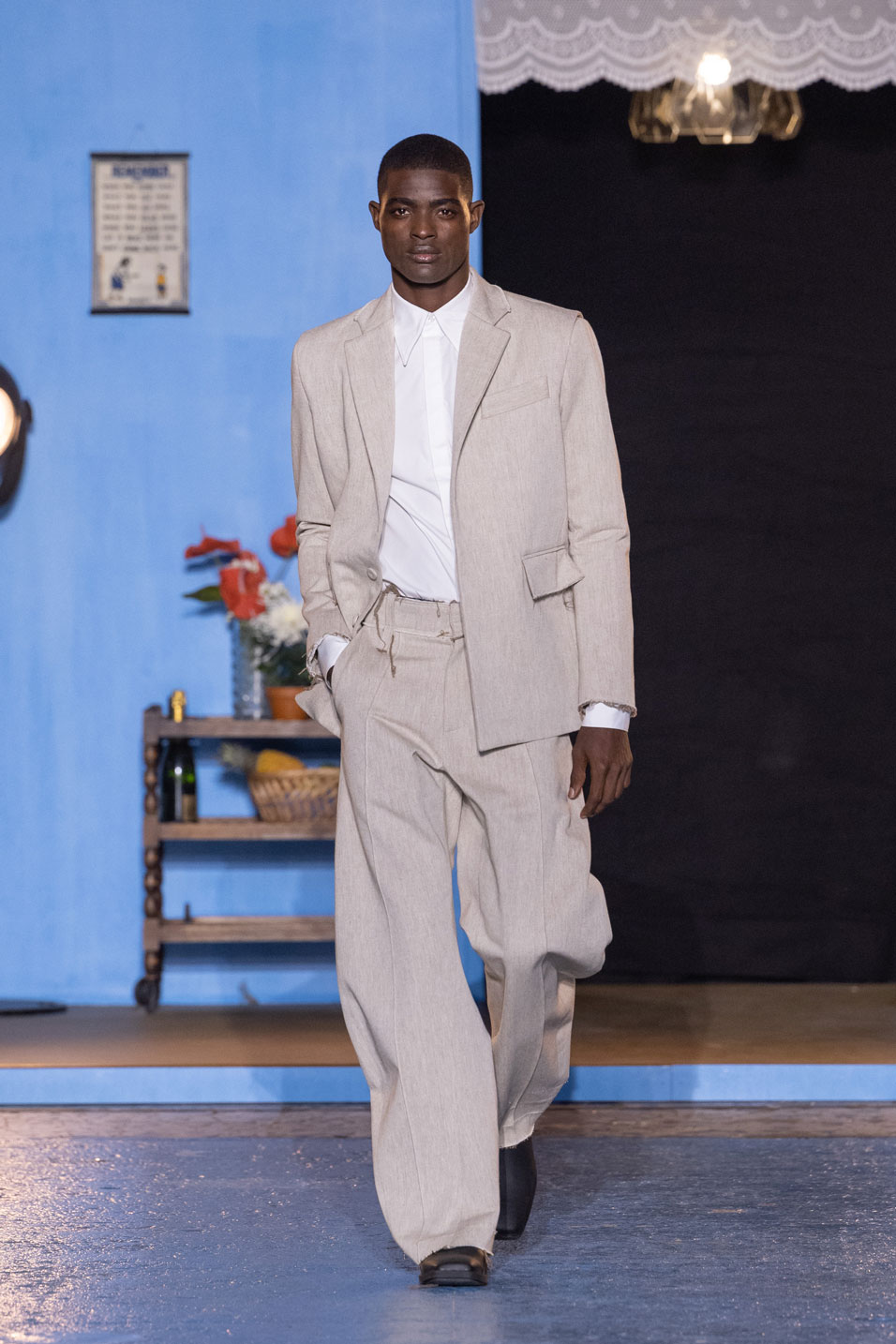 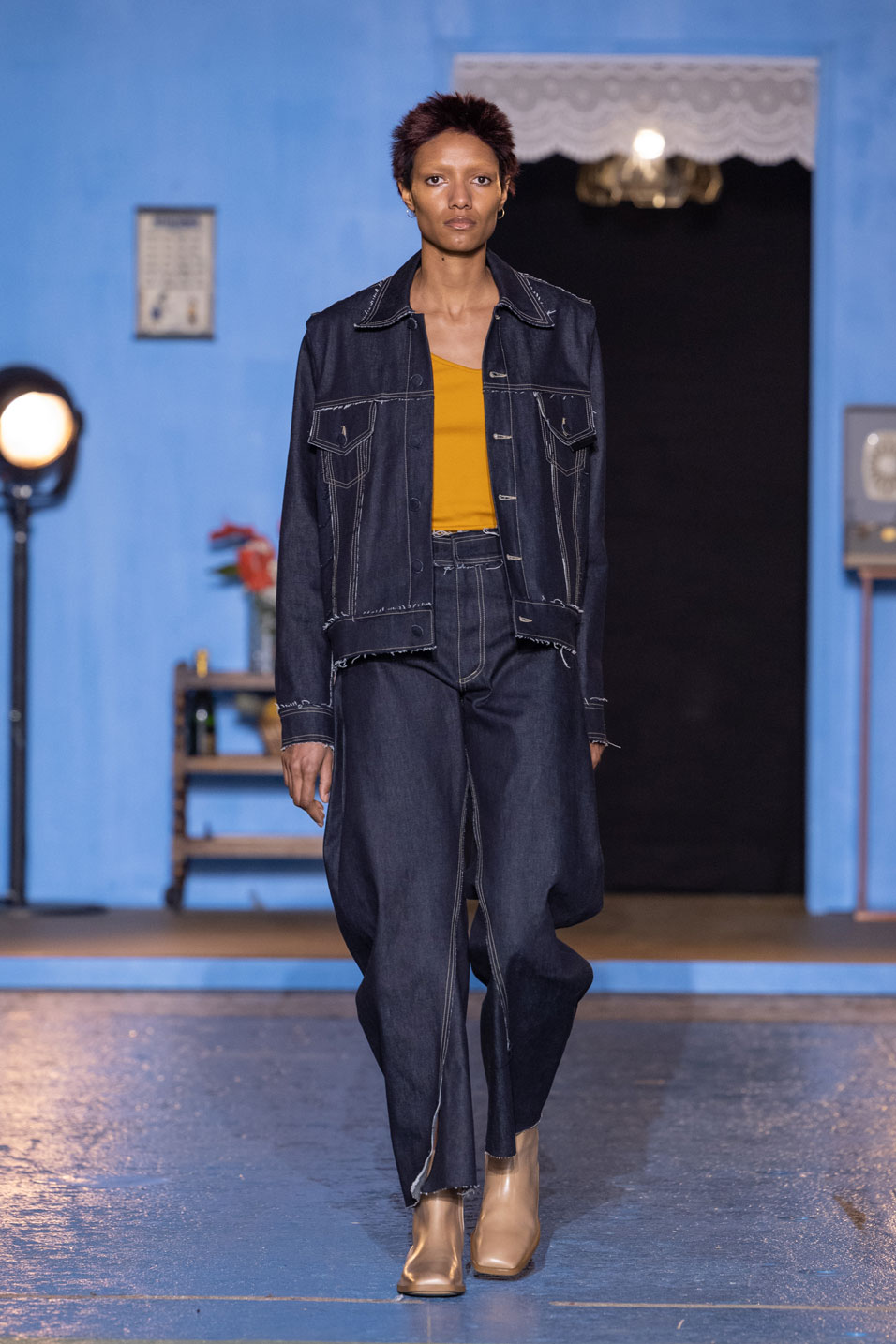 Those frayed edges and twisted seams were also replicated on the indigo denim jackets and jeans with the contrast stitching.  The ribbed texture of the écru knitwear could only work for Saunders if the ribs were massive and teamed with matching slouchy sweatpants to create a different texture to a familiar and flowing silhouette. 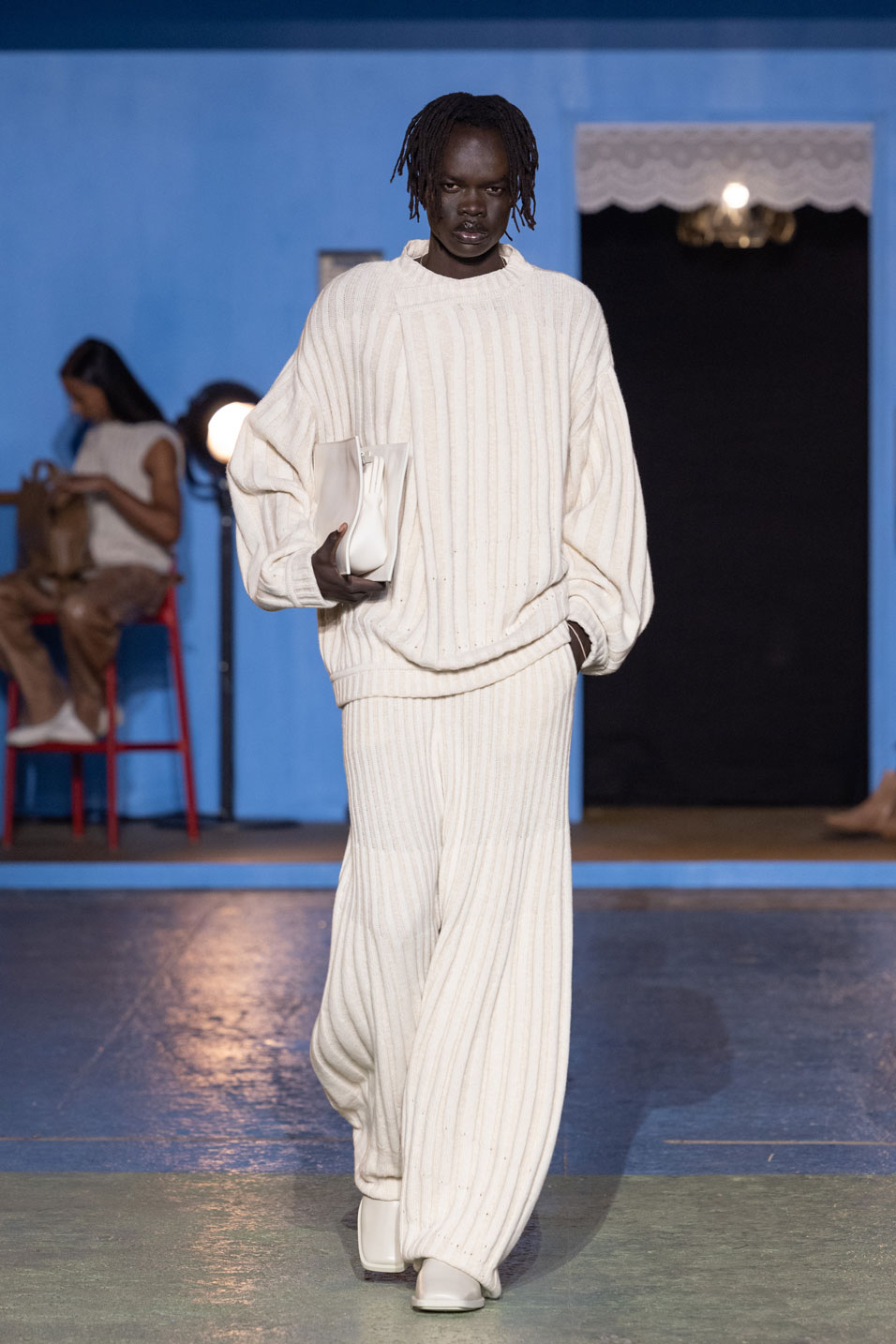 When that innovative sensibility turned to the all-over graphic prints the results were equally as effective.  Maybe even more so.  The abstracted stills of ‘guest of honour’ Oliver Samuels sometimes took a moment to come into focus, with the rewards always making the journey uniquely satisfying and ‘moreish’.  Striking blasts of colour came in the form of the striped purple and blue casual twinsets and truly psychedelic blue and yellow graphic pattern suits. 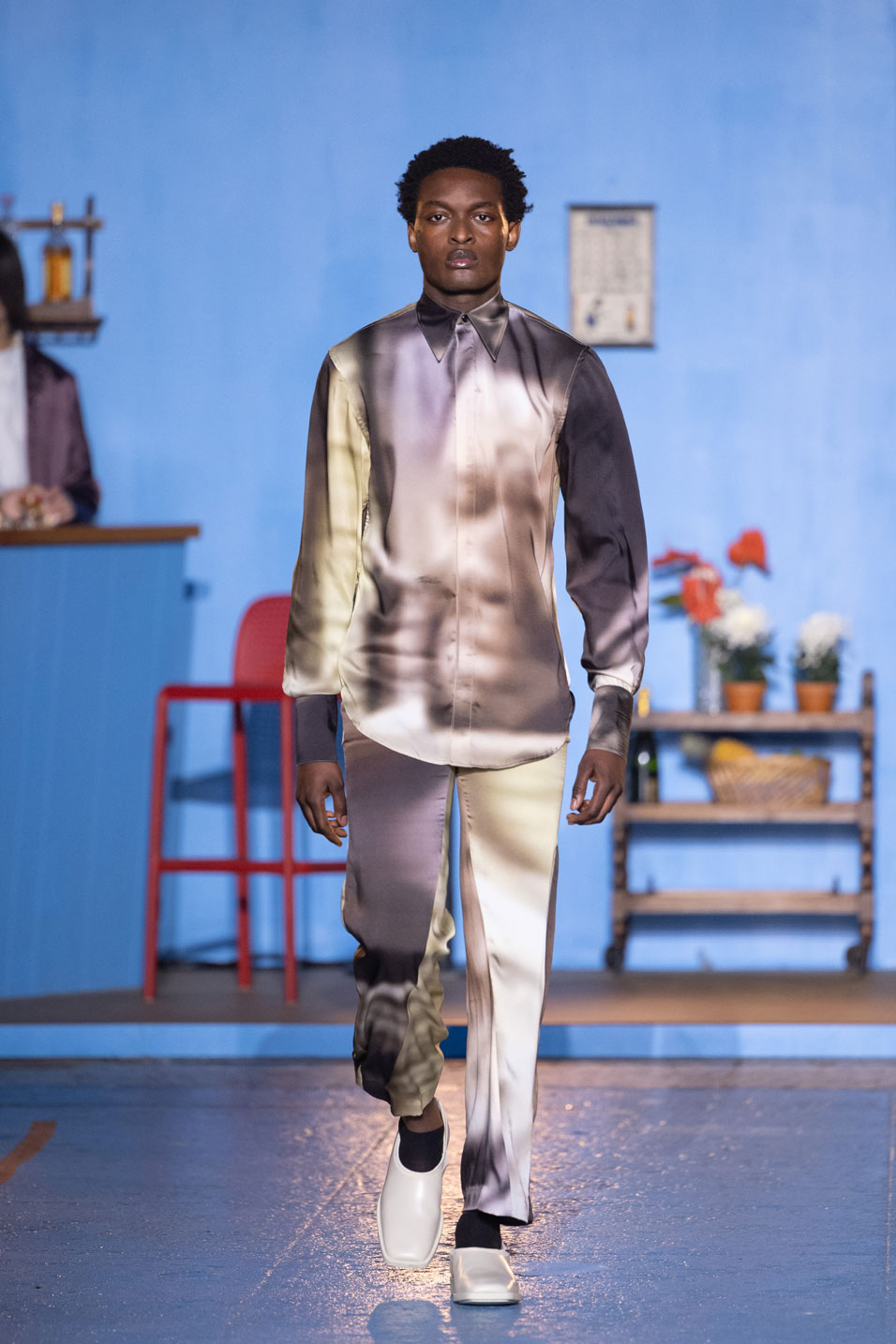