B is for brazen, and is a description befitting of the recently released Balenciaga campaign starring Bella Hadid and a striking cast that includes French singer Aya Nakamura, and models Kit Butler, Zuo Chen, Abou Diop, Inti Wang, and Lina Zhang.  Captured in still and moving images by British photographer Nadia Lee Cohen and framed against a neutral backdrop, each one faces the flashbulb with a provocative embrace and lingering eyes. 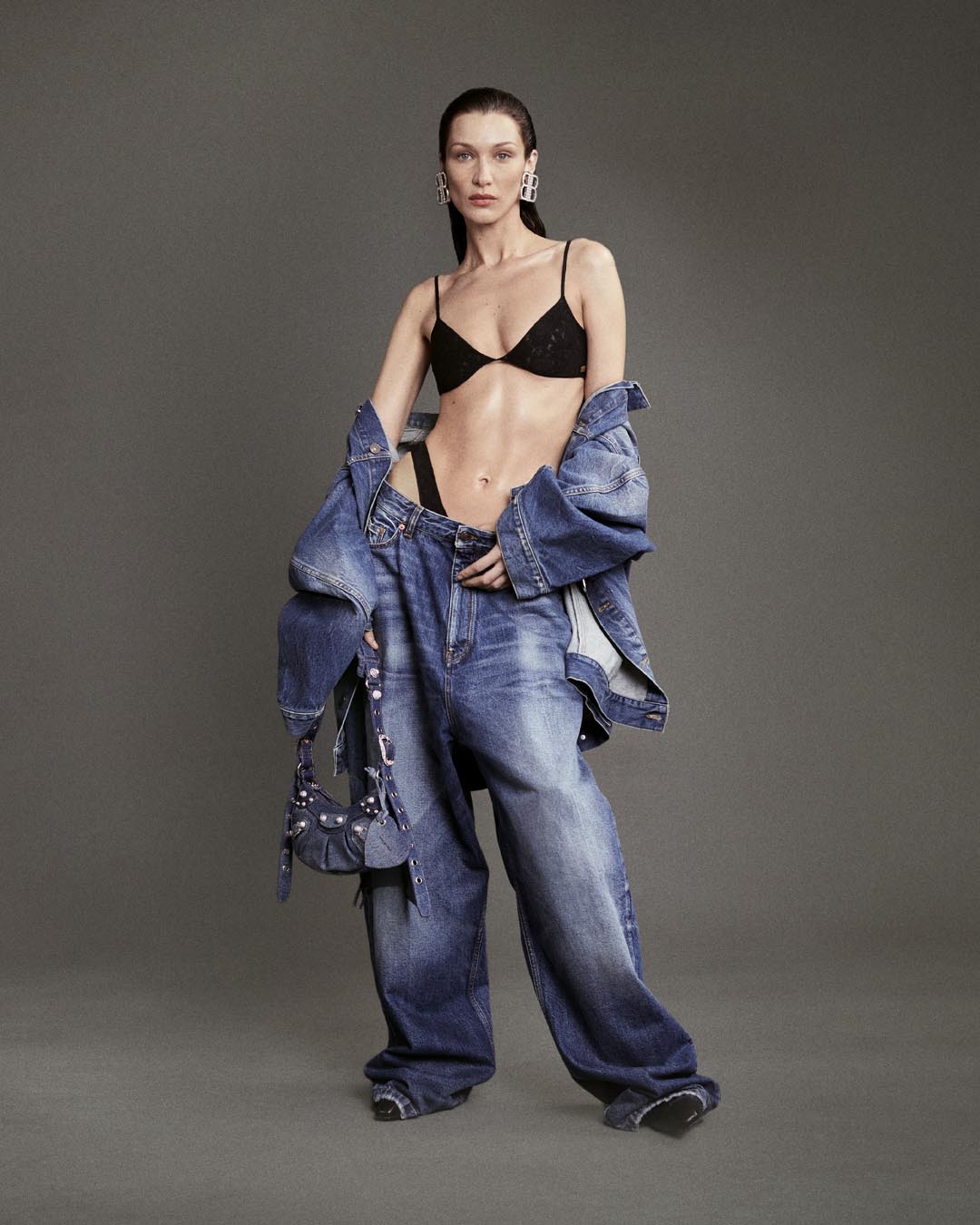 The Dionysiac campaign, the first in a multi-series, expands on the theme of the show ‘The Lost Tape,’ the idea of a message from the past and what could have been that never was.  Bringing back the 90s viewed through a modern prism are the reiterations of lost silhouettes – all-at-once three-piece jeans are simultaneously a mini-skirt, leggings and boots.  Shrunken tops hug the torso.  Slinky dresses drape over curves, and low-slung pants and oversized jackets envelope the form. 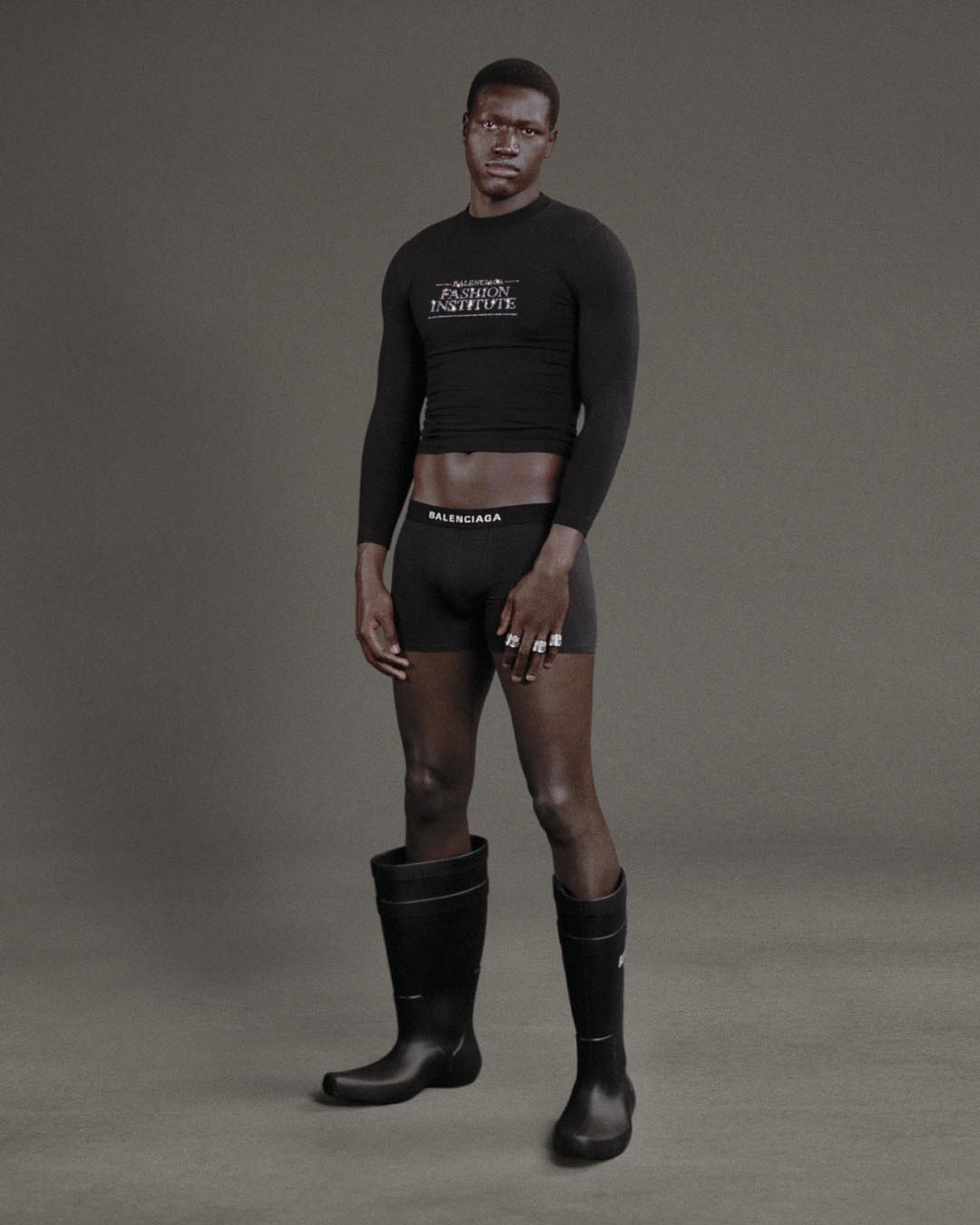 In what feels like a time-capsule marked ‘today,’ the cast also show off the newly launched Lindsey, Crush, and Croc bags, as well as blasts-from-the-immediate-past new styles like the XX, Hourglass, Everyday Toe, and the hit Le Cagole handbags to tickle the nostalgic fancy.  For jewellery, iconic ‘BB’ logos adorn oversized earrings, while door key motifs bring new life to chain necklaces.  In the apt words of Diane Pernet in the show’s spoof newspaper review: “High drama is present, and much of it.” 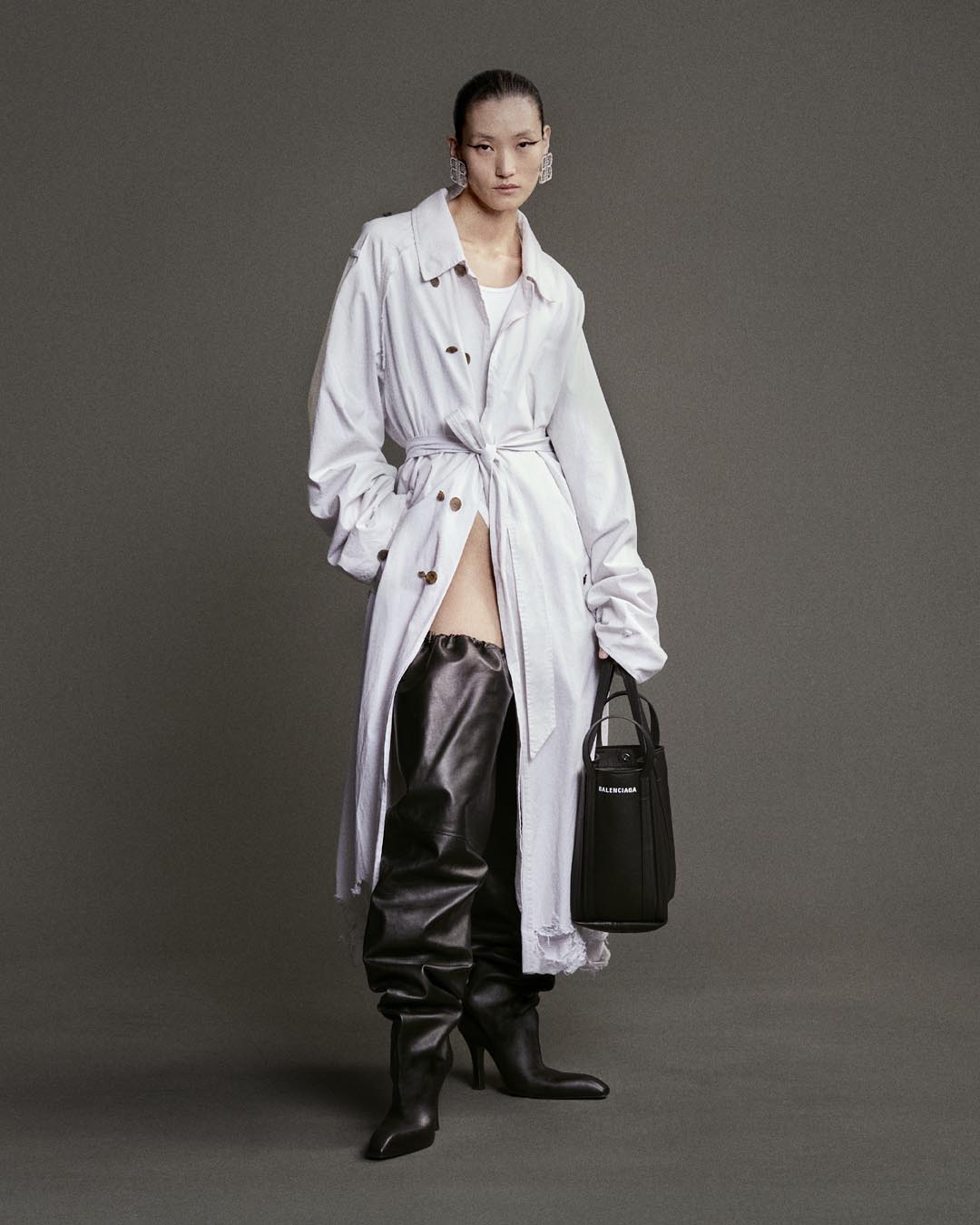 The collection stands out against the stark but unassuming backdrop, emphasising edgy, grungy, and metallic aesthetics.  At its core, the AW22 campaign is most notable for its grainy, hand-me-down familiarity.  Everything is on show and yet not on show.  Comfort and high fashion, casual yet avant-garde, a clash of contrasts but in perfect symmetry.  However, Balenciaga creative director Demna prefers not to look too far back into the past.  He refers to ‘The Lost Tape’ as “more of a poetic artefact.”  And the overwhelming realisation that emanates from Cohen’s imagery is that these days, not those of the past, are in fact Demna and Balenciaga’s glory days. 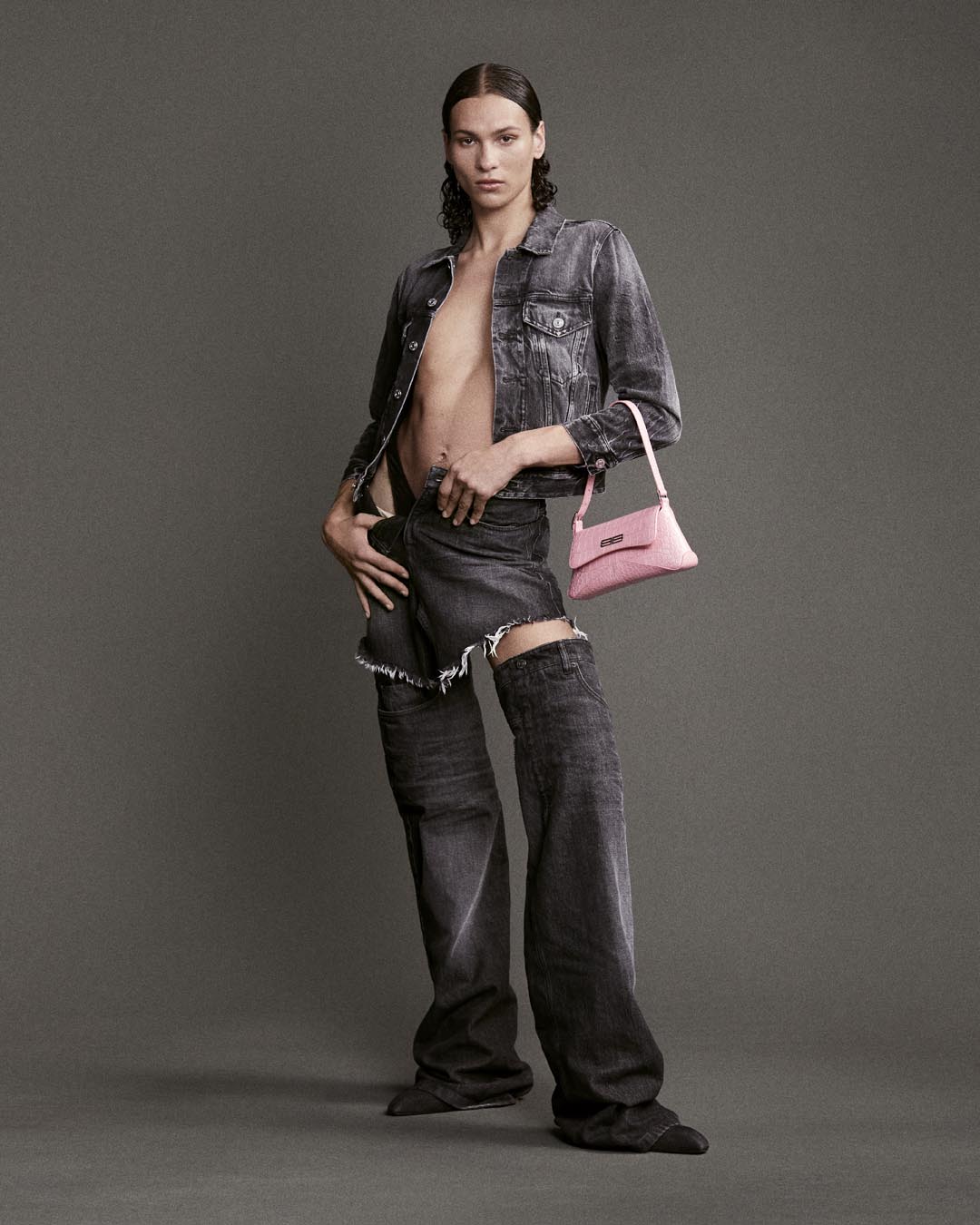 Click here to read our last feature on Balenciaga

for more information on the AW22 collection, click here