All Together Now pt II – The Beatles by Stella McCartney

In recent years Glastonbury has become known for breaking new artists and new ground.  On the prestigious Other Stage on the Sunday night they were even killing two birds with one stone.  That was the night urban pop’s newest darling, Billie Eilish, made her festival debut.  Her appearance on the night also happened to debut the new Beatles inspired capsule collection from Stella McCartney called All Together Now.  We recently reported on the private screening for Yellow Submarine to accompany the preview of the collection and now it’s finally available for us all to buy. 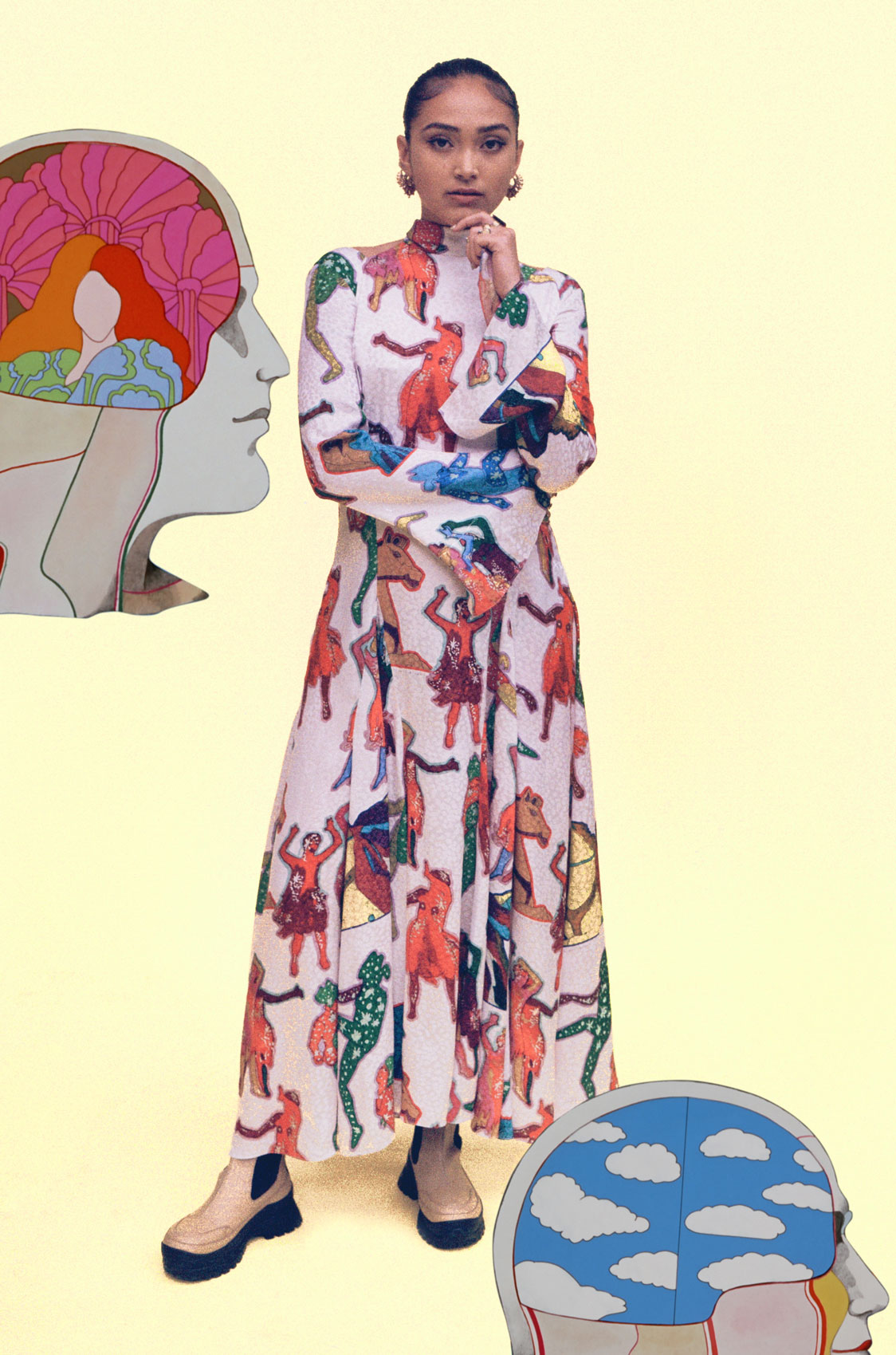 With the full release we’re now able to fully appreciate just how much the psychedelically classic Beatles film influenced the design of the collection for McCartney.   For starters, the collection’s title is seen incorporated throughout in different languages across all the ranges for men, women and kids.  Lucy in the Sky with Diamonds, Sergeant Pepper’s Lonely Hearts Club Band and the iconic Yellow Submarine itself all form the design cornerstones and benchmarks for the collection.  The cultural significance behind it all lies in the knowledge that this is a collection designed for a target demographic whose parents may not have even been born when Yellow Submarine was originally released.  After all, the film did turn 50 last year.  So it must be a special kind of feeling to be in a position to be able to introduce your own globally cultivated following and customer base to the cultural milestones your own family have already laid down in history; particularly when you’re able to do it in such an authentic and organic way. 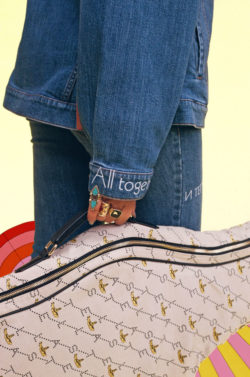 “I recently went to a screening with family and friends for the digital relaunch of ‘Yellow Submarine’.  I hadn’t seen it since I was young, and honestly it blew my mind.  It affected me in a way I just wasn’t expecting. Especially this idea of connecting people and bringing people together — politically this message has never been more relevant. So, I came out and I was like ‘I have to do something.’” – Stella McCartney. 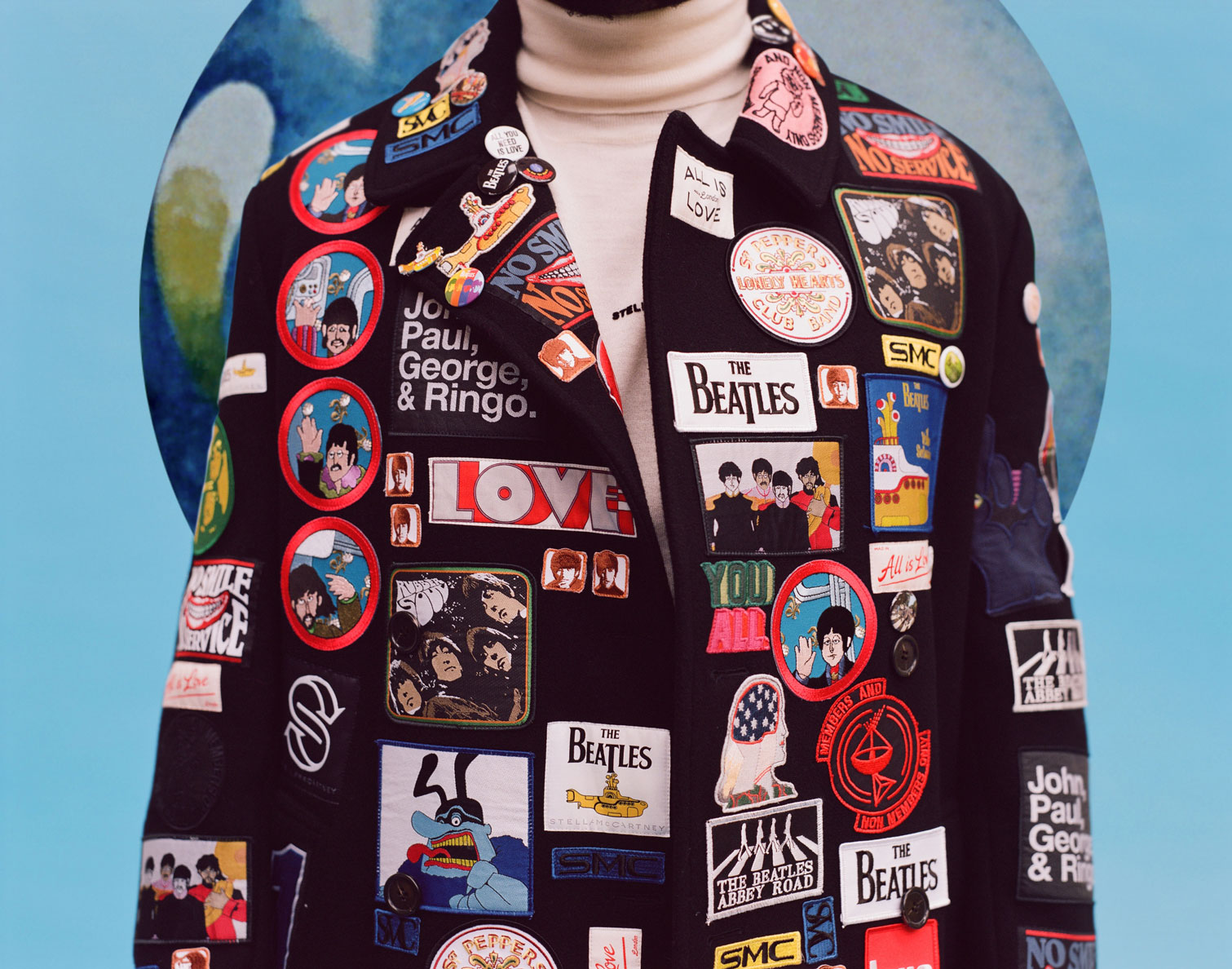 Like all the best art, anything worth its salt should operate on a number of levels, not just the visual.  And for all its inventive, crazy, bizarre-ness the underlying subtext to Yellow Submarine has always been a message of ‘peace, love and understanding’ – personality traits that are acutely lacking on the world stage at the moment.  The genius is that this all-important subtext that Stella’s father and his bandmates carefully wove into Yellow Submarine now immediately transfers to Stella’s designs for All Together Now by default.  And, just like that, the subtext is passed from an older generation to a new one without the need to deliver sermons or be preachy about it. 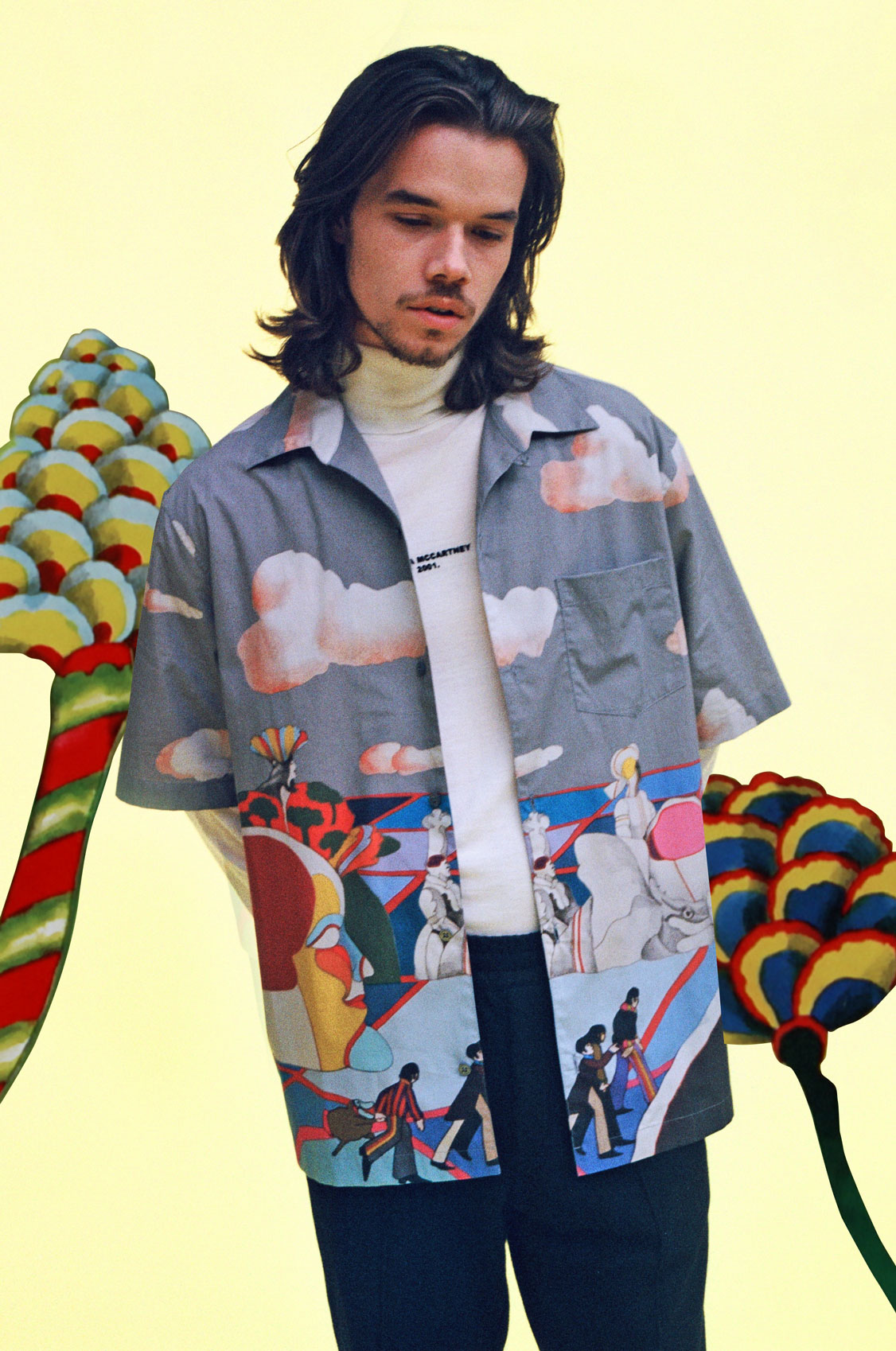 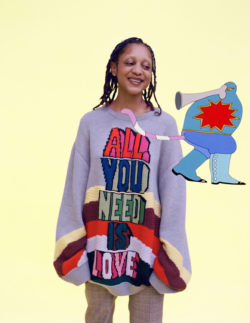 To reinforce the passing of that baton, a fab four of up-and-coming music artists have also been recruited to front the campaign film being released alongside the collection.  Oscar Jerome, KEYAH/BLU, Joy Crookes and Femi Koleoso all take a trip (in both senses of the word) through the Beatles’ original kaleidoscopic vision for the one minute clip that can be seen at THE FALLtv.

The collection itself is available online now and will be in stores worldwide from July 15th.

To see our feature on the launch event for All Together Now click here.

For more on the Beatles by Stella McCartney collection click here.

Click here to watch the campaign clip at THE FALLtv.