We all know that with Alexander McQueen collections there are many stories being told through the designs on display.  Some are more obvious than others but one of the beauties of having such a rich recent history filled with all manner of influences is that there is always a lot more to discover for those prepared to dig a little deeper under the surface.  The same is true again of the McQueen A/W2020 collection.  The ‘Tailor’s Quilt’ looks are two of the most important looks from the current collection that reflects a distinctly British – and specifically Welsh – aesthetic that is as uniquely McQueen as it is breath-taking. 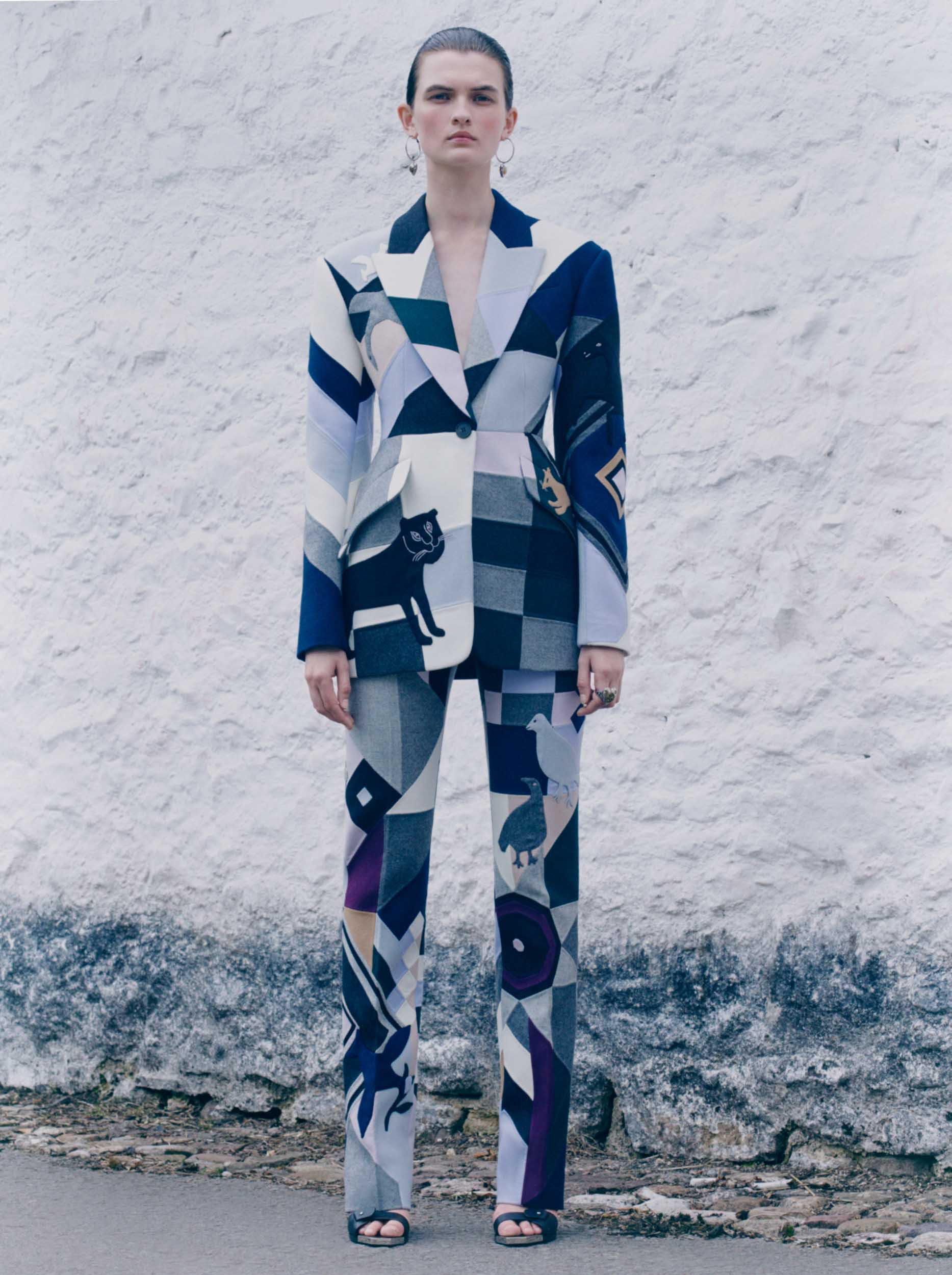 The interpretation and re-interpretation of classic British design styles is a signature for the fashion house that has created a special identity within global luxury fashion.  It has marked it out as a standard-bearer that others look up to.  Here it’s Welsh tailoring wizard James Williams that provides the direct inspiration for these stand-out looks.  Starting in 1842 in Wrexham, Williams spent a total of ten years stitching together over 4,500 patches to make a magnificent quilt that, taken in its entirety, tells its own story of the era.   Using, salvaged flannel, off-cuts, old suits and military uniforms, the quilt itself departs from the traditional style of Welsh quilting by depicting the local engineering achievements of the day – Menai Suspension Bridge on Anglesey, Gwynedd, as well as Cefn Viaduct, Cefn Mawr, near Wrexham – as well as notable scenes from the Bible. 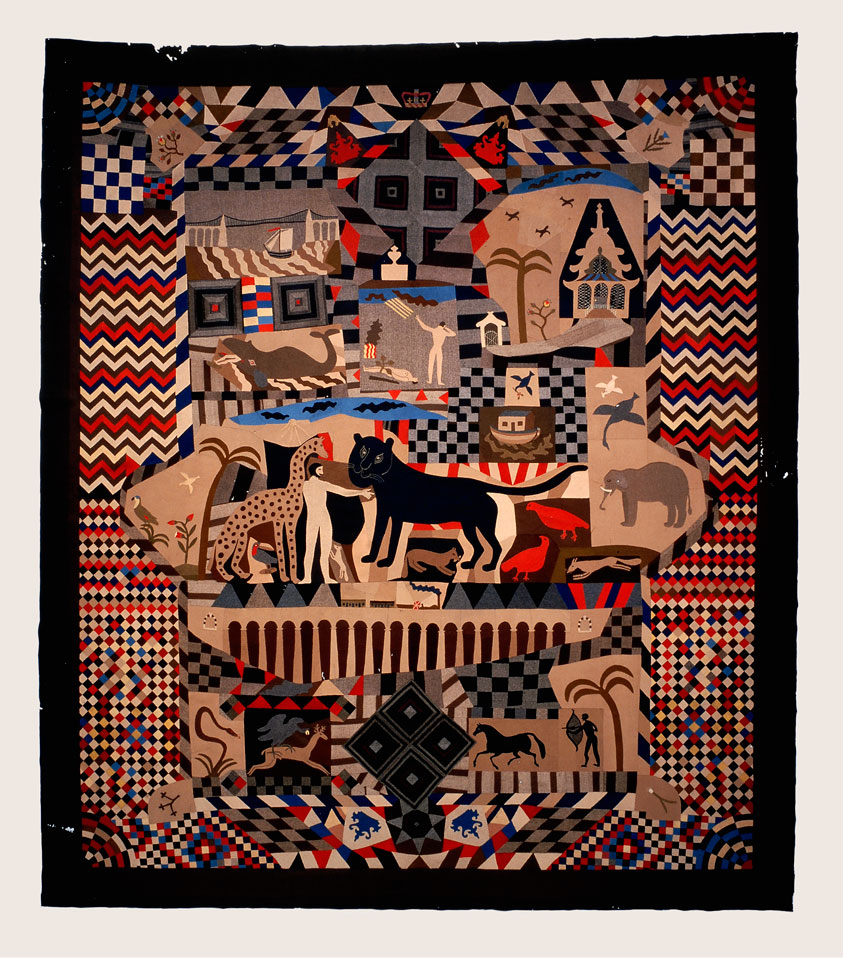 These are the codes that can be seen lovingly re-created in McQueen’s own image in the Tailor’s Quilt, single-breasted suit featuring motifs of doves, a panther, a horse and – as a nod to the birthplace of the design – a leek, the national emblem of Wales.  The colour palette of black, grey, lilac and ivory adds to the bold graphic art feel of the suit to bring it right up-to-date for the modern era.  The same is also true of the show-stopping, swallow-tailed, single-breasted coat that adds a bold red to the palette and incorporates irregular chevron patterning to turn up the dial on the graphic art notion way past ten. 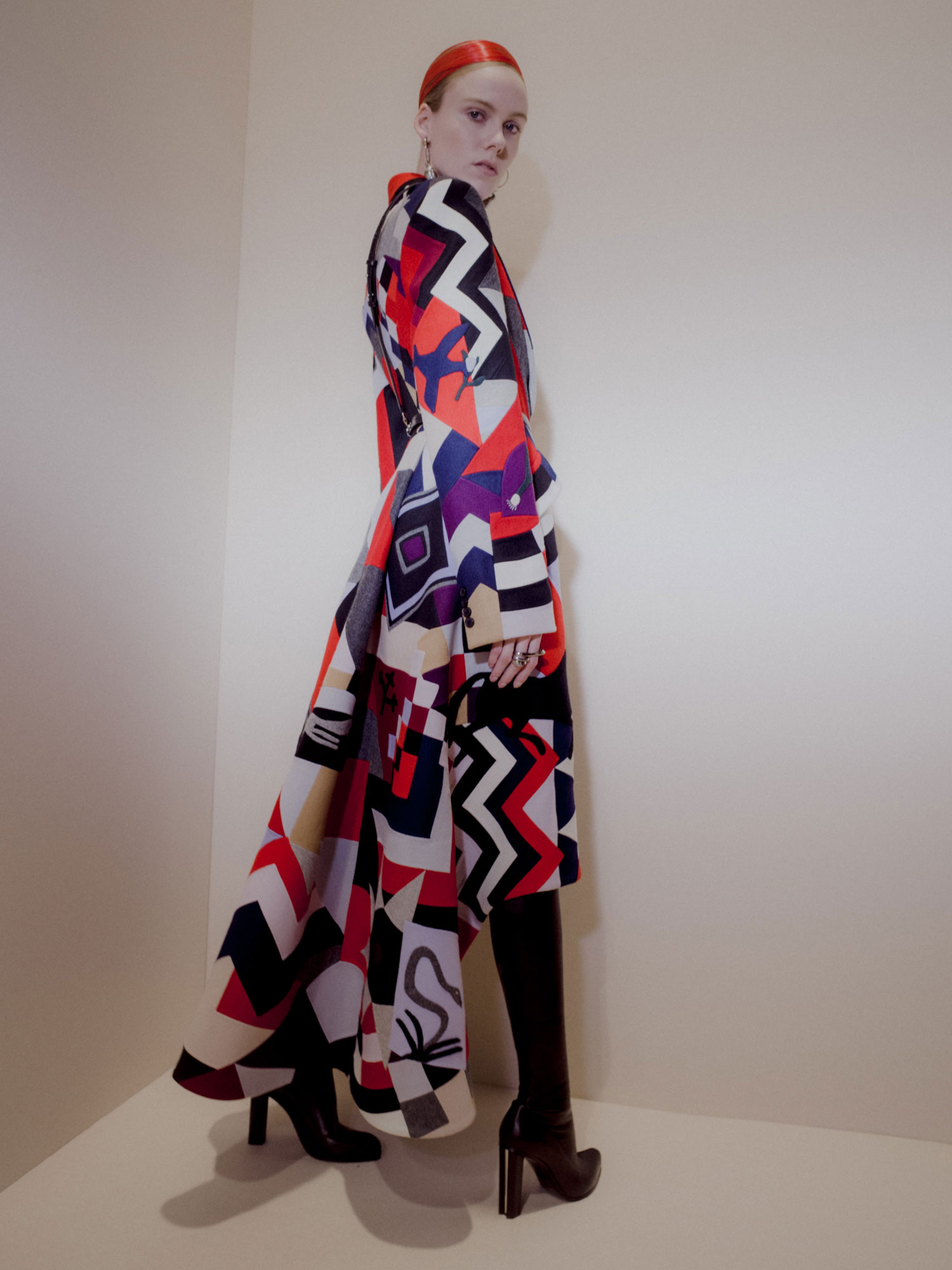 Looking just a little deeper still there’s also the sustainability angle to these two looks that it would be a shame to pass by.  Each one has been created by upcycling in-house stocks of British worsted wools and military flannels from McQueen collections of the past.  And, in that sense, Sarah Burton at McQueen is carrying on the legacy started by James Williams almost 180 years ago.  Nearly two centuries of British design is not a bad legacy for anyone to be a part of.