In an all-new fashion film, Alexander McQueen partners with award-winning director and visual artist Sophie Muller to celebrate the new Sprint Runner shoe.  The clip features performances by the multi-talented singer, songwriter and dancer, Mettenarrative.  Tours alongside the famed Pharrell Williams and his N.E.R.D collective prove to be amazing foundations for the graceful yet energetic choreography seen across the short film. 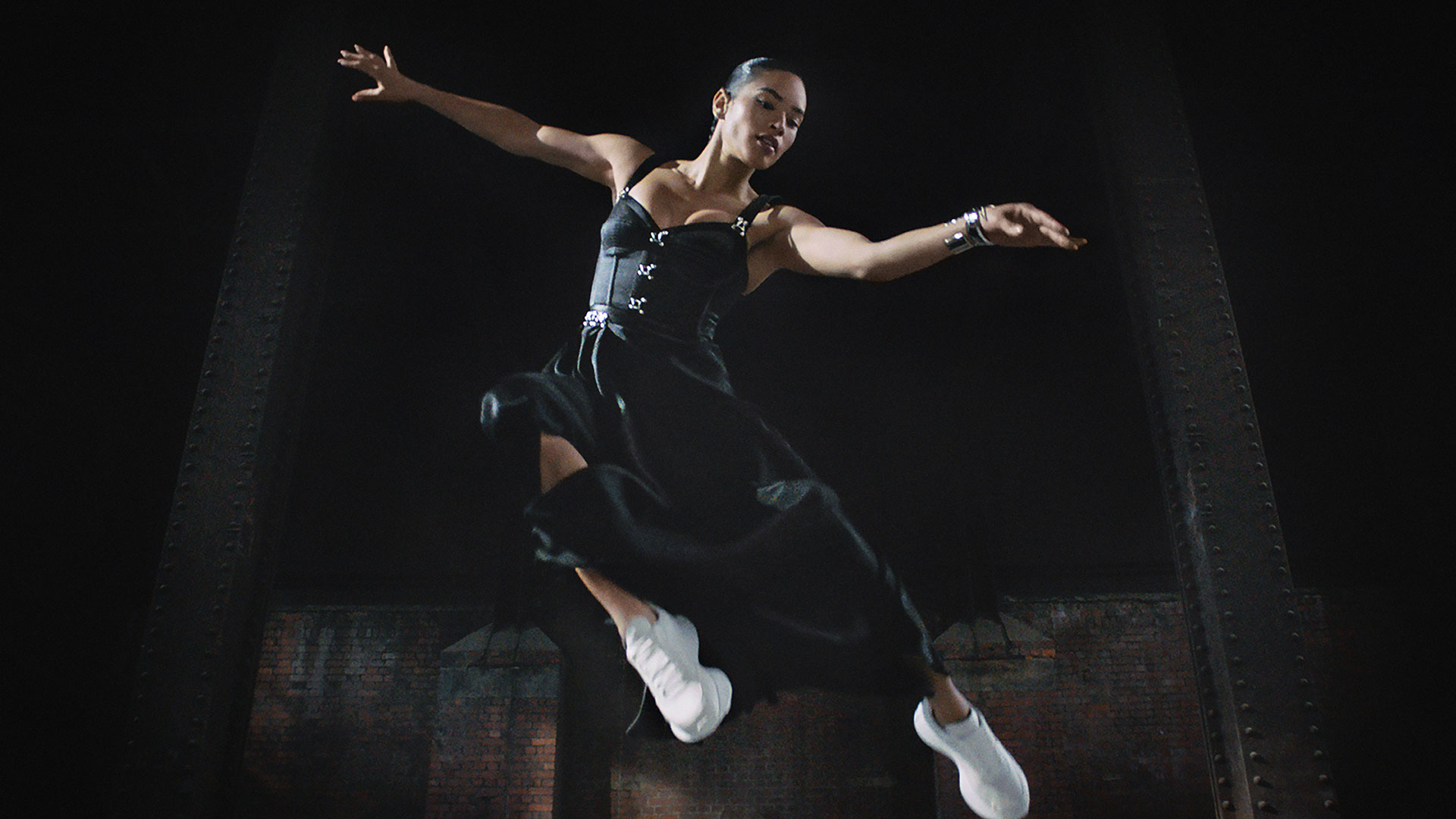 Inspired by Mette’s fiercely beautiful physicality, the film is made to be the ultimate expression of empowerment through motion and clothing.  The American-born dancer puts the footwear through its paces (forgive the pun), all the time performing in a corset dress with oversized silver metal hook-and-eye and asymmetric drape skirts in both black and tea rose satin.  Of course, the star of the show with each look is the McQueen Sprint Runner in classic white. 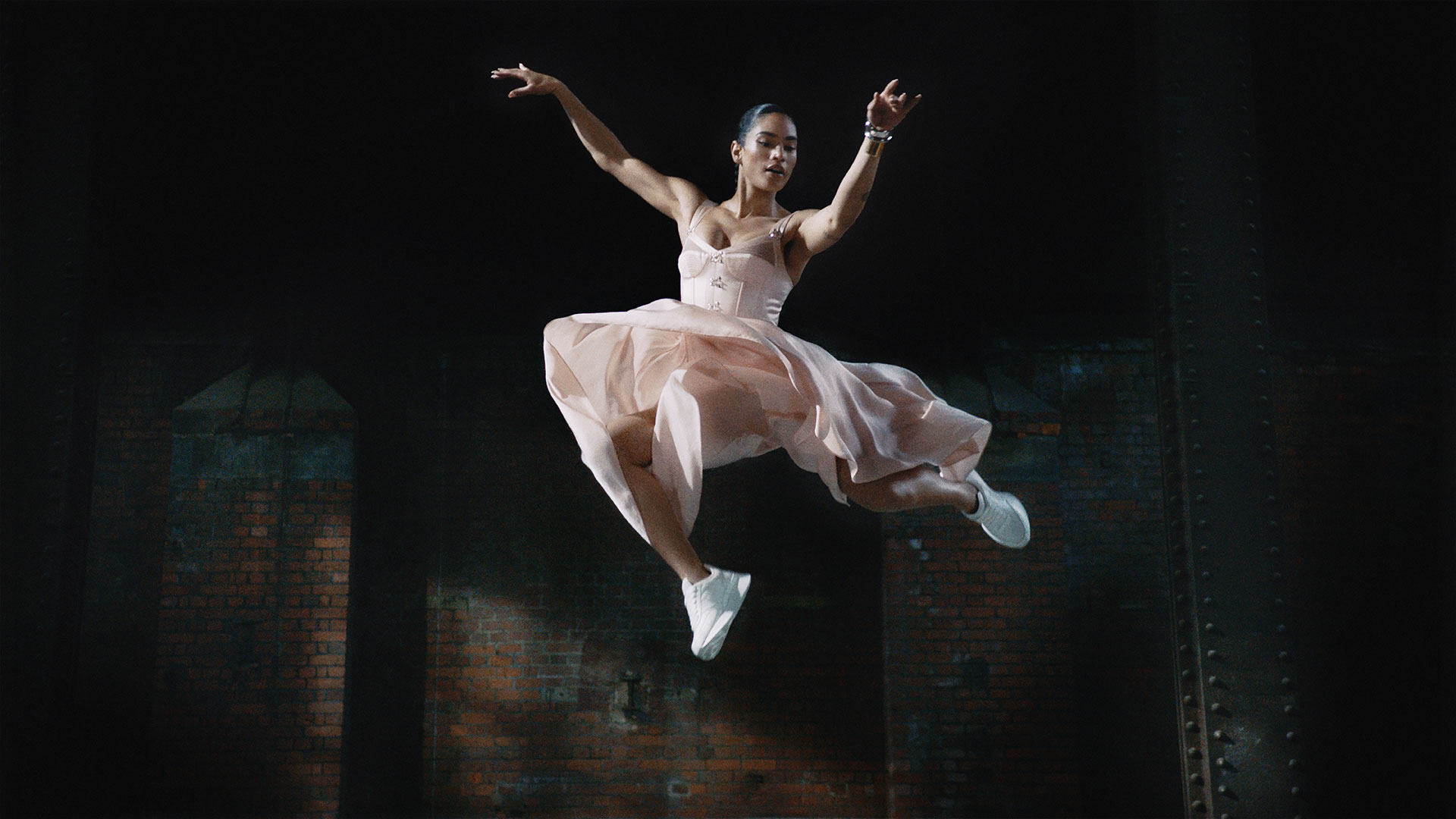 A modern and streamlined variation of a classic trainer, the Sprint Runner was first spotted at the Alexander McQueen women’s SS22 catwalk show in London.  The new iteration features a metal-free white upper and the signature exaggerated sole in rubber.  It’s available in all white or in white with a contrast black leather counter heel, and each version is finished with the iconic three-dimensional seal. 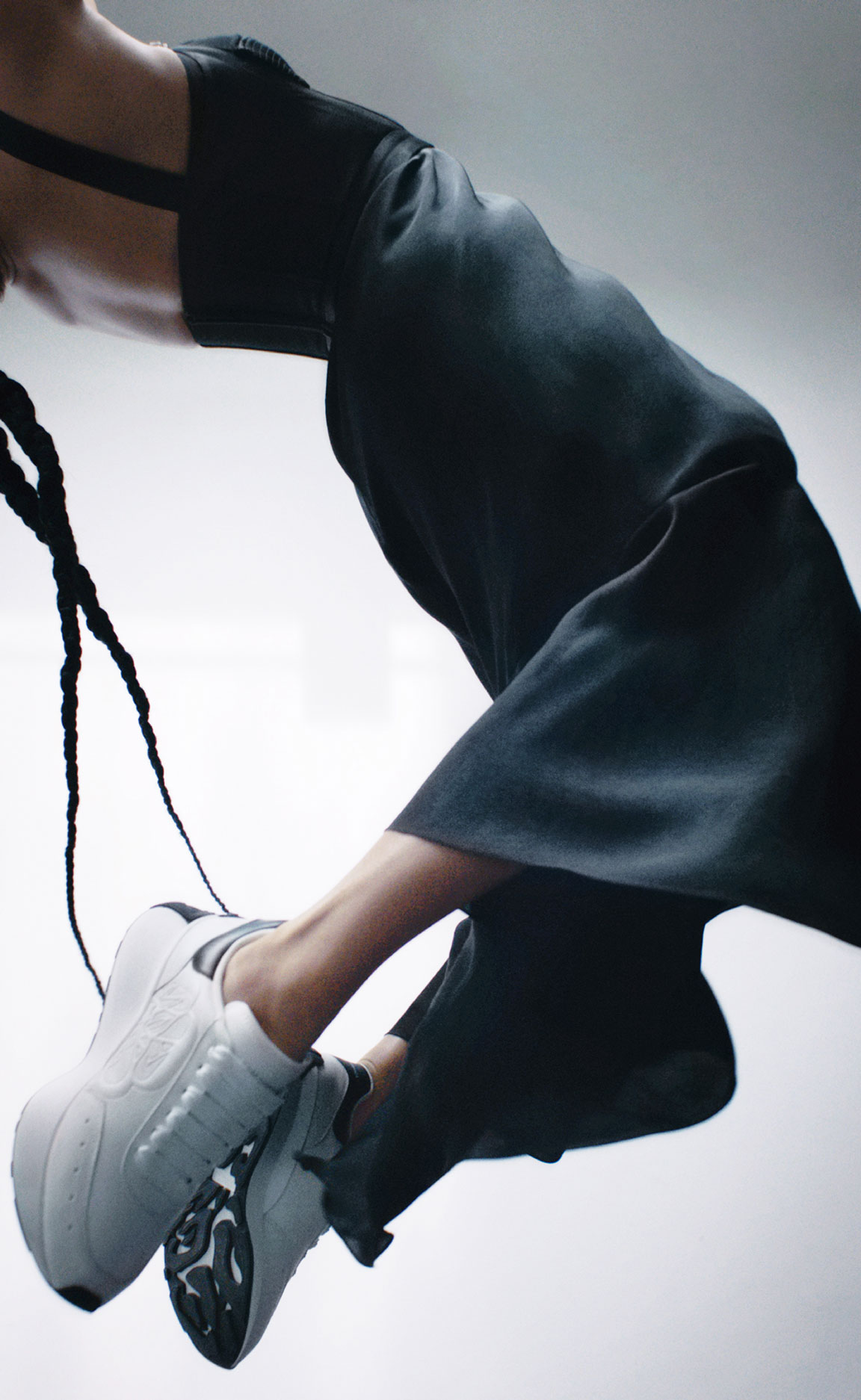 Even in the still imagery, there’s a perfect sense of the drama, motion and emotion seen throughout the short film.  Muller documents the grace and power of her subject’s every movement, with the Sprint Runners acting as the foundations on which everything above is being built on.  In a nod to creative director Sarah Burton’s own fashion sensibilities, the stark beauty of the central figure and her story is juxtaposed against uneven brickwork, concrete floors and dark corners.  The two perspectives are not mutually exclusive.  In fact, they may even work better together.  So, whether you’re deadlifting an Olympic bar or tripping the light fantastic, Sprit Runner has the ideal split personality for you. 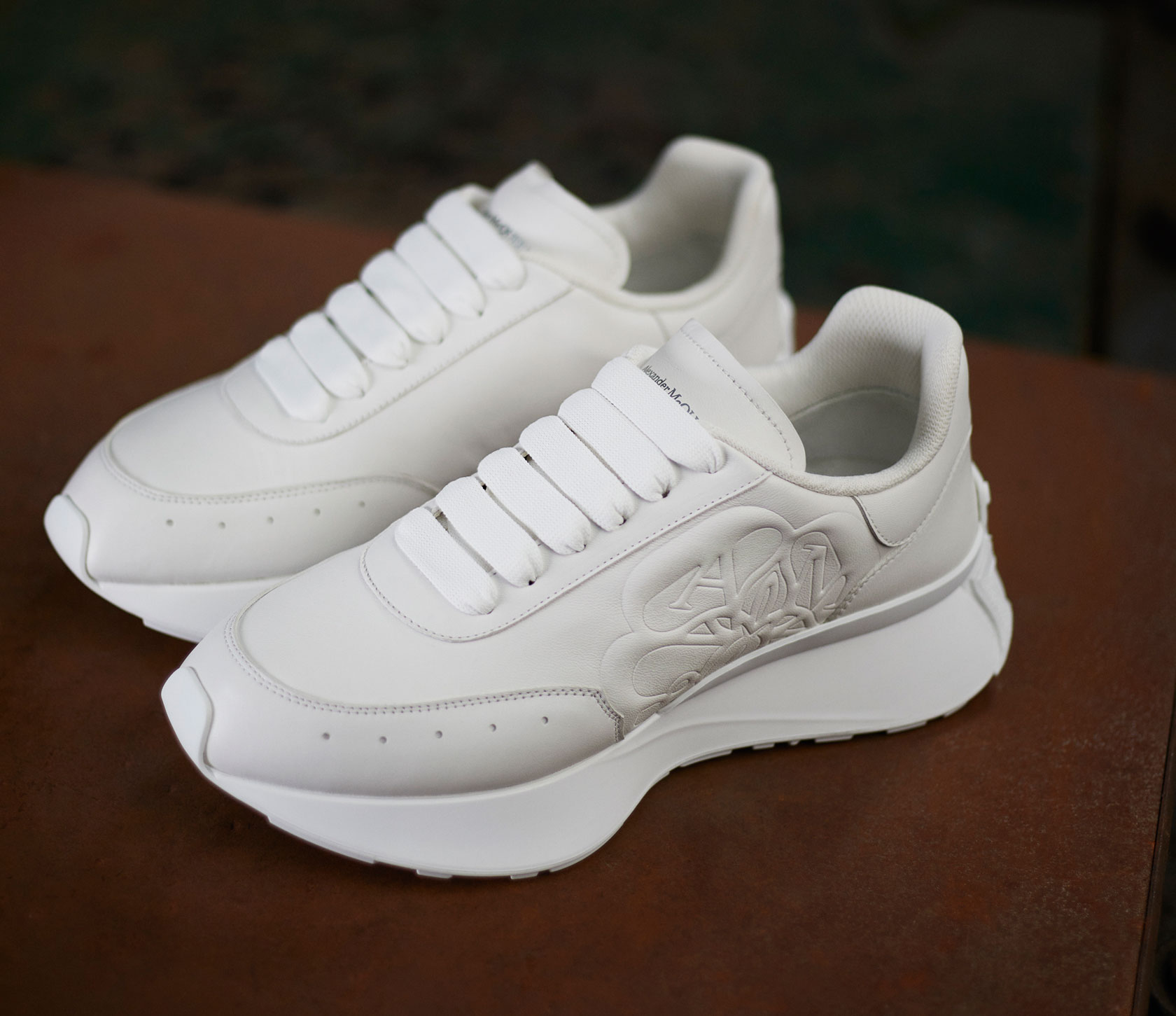 Watch the Short Film at THE FALL tv