It was only a matter of time before Sarah Burton returned one of the most important fashion houses home to British soil.  After Alexander McQueen’s departure from the London shows to more Parisian locales, no-one would dispute the fact that there was a ‘gap’ we all felt.  With a cult following enduring nearly two years of patience and restlessness, McQueen finally unveiled their sky-high S/S2022 womenswear collection, London Skies, on the rooftops of the East End. And it was an eruptive, triumphant, ecofeminist storm. 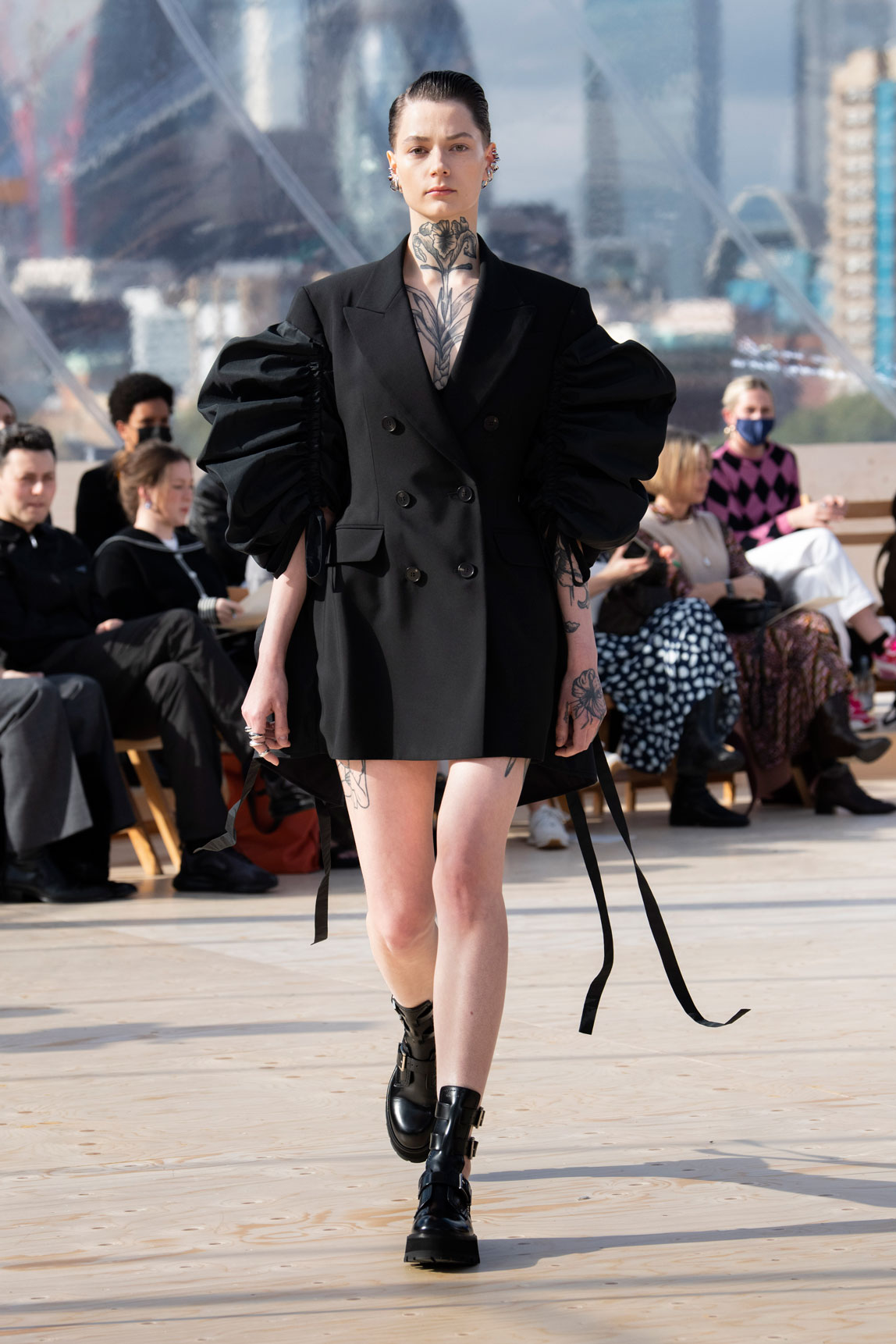 Caught in the crossfire from the jump, the double-breasted wool coat tailored to the waistline incorporated parachute poly faille sleeves that were reminiscent of thunder clouds.  And with free-flowing ribbon detailing dancing with movement from coat’s protruding rear extension, the first look from the Alexander McQueen S/S2022 collection previewed the tumultuous creative storm to come.  Many of the subsequent looks featured variations of stacked multi-rings, earrings in polished silver metal and multifaceted crystals; all adding that extra bite of the contemporary to the show. 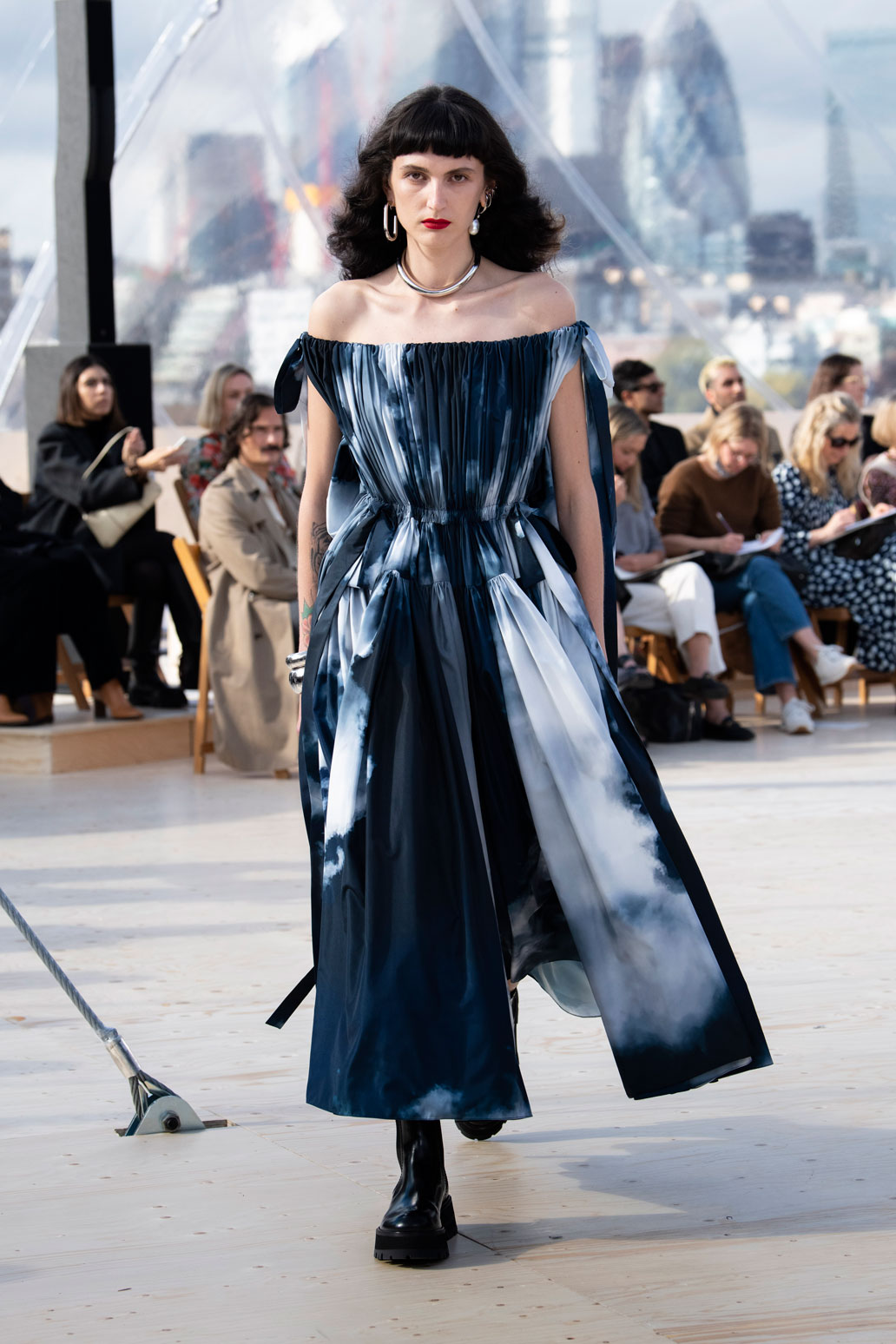 Channelling moods from weather patterns and the natural environment, the colour palette for much of the show featured neutral greys, ominous blacks and pure whites. Yet occasionally we were presented with shocks of stormy blue cloud prints, as though they were rolling in off the sea.  The life in those prints came directly from photos originally shot on the rooftop of the McQueen studio, before being engineered into select poly faille and taffeta dresses as Burton (metaphorically) chased her storm. 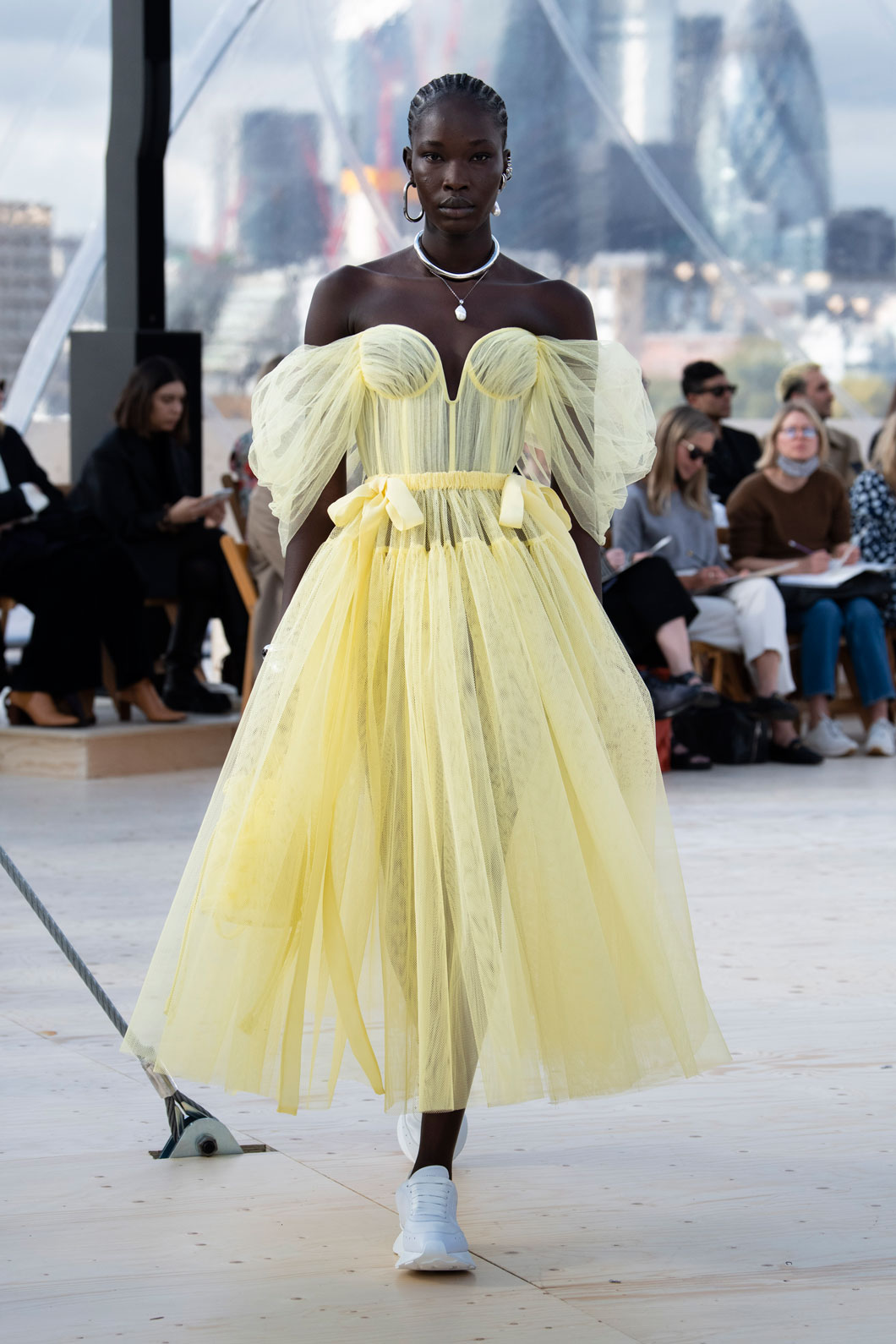 As much as Burton loves to play with a sense of mystery through darker colour palettes, part of her idea for London Skies was to embrace the unpredictable, and ponder what mother nature may have in store for us next.  The sun shone for the skeletal corset dress in buttery yellow silks, mesh and Paris net. But, perhaps mimicking the unpredictability of the weather, by the end of the show the opulence of the storm began to take hold, as models emerged adorned in black ensembles extravagantly detailed in crystal raindrop embroidery. 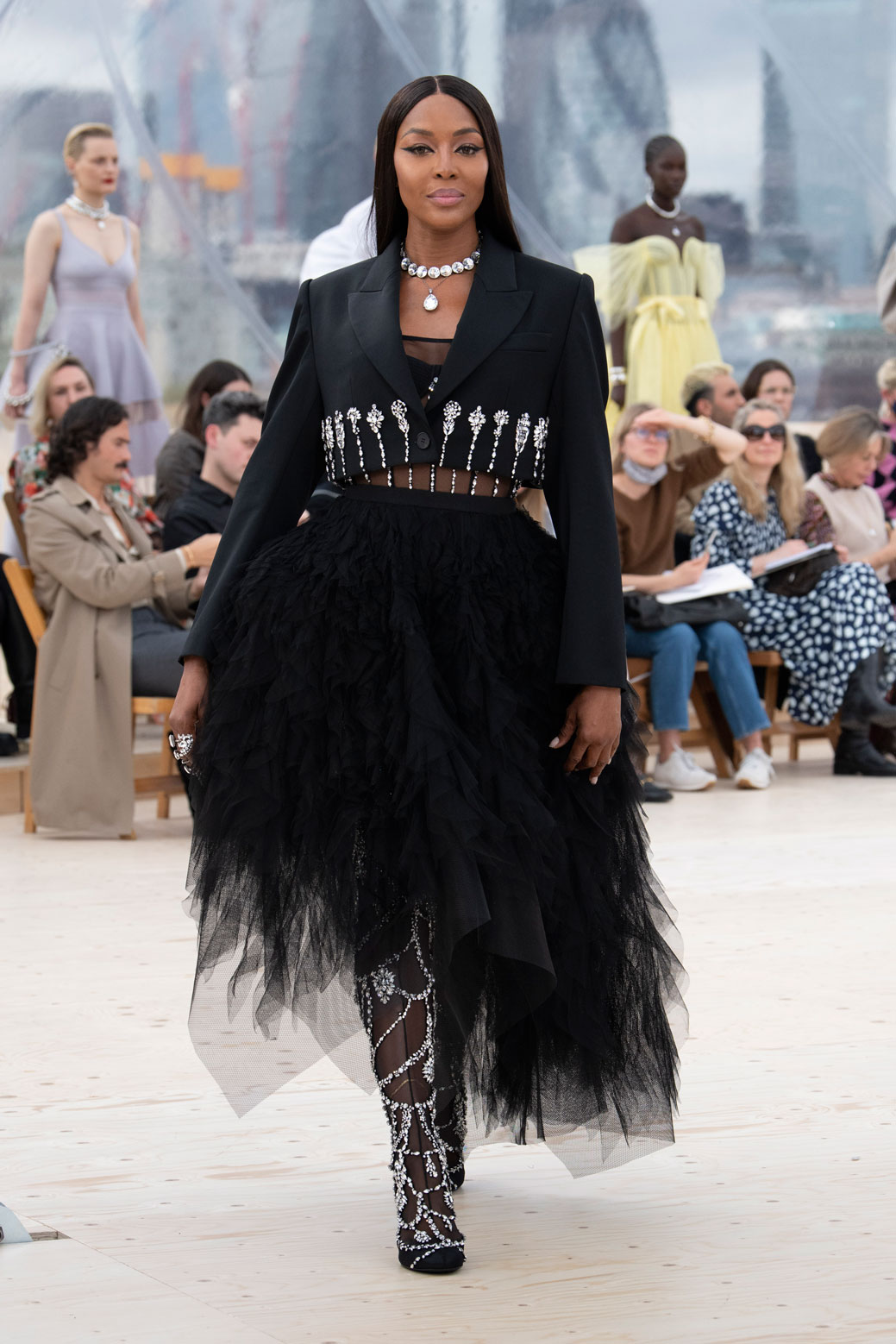 Alexander McQueen’s ‘London Skies’ was the conceptualised, unique and yet welcoming familiar homecoming that London wanted.  With that other queen of England, Naomi Campbell, closing the show on an exciting new story to be told next summer, perhaps it’s time to do good deeds, keep our fingers crossed and hope this homecoming is permanent.