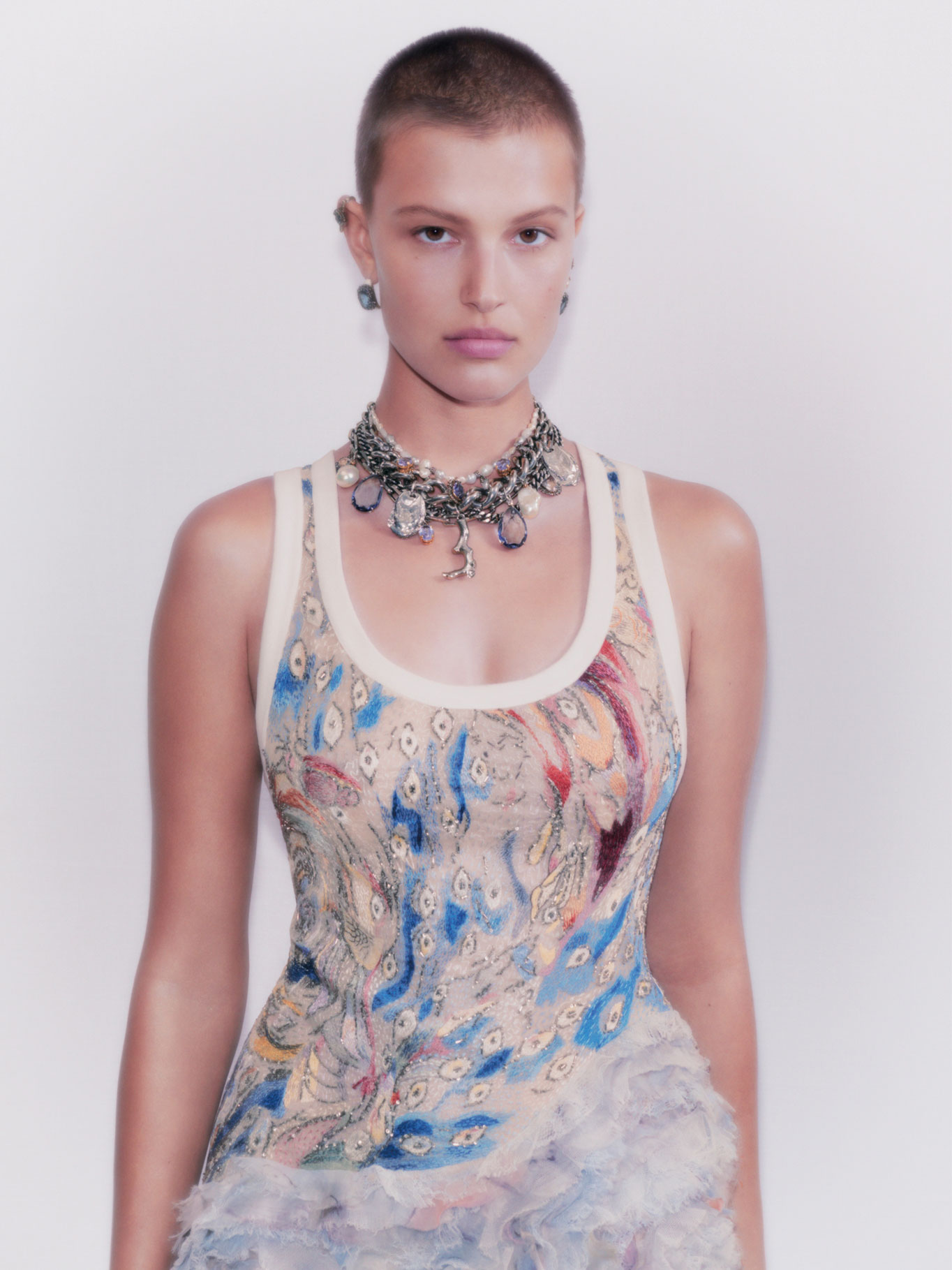 There’s an unspoken affinity between Alexander McQueen’s founder and namesake, and the radical and unrelenting talent of Blake.  Timeless radicalism flows through their respective works, as well as an effortless courting of controversy.  Their respective focuses on “labouring upwards to futurity” imbue both Blake’s artwork and McQueen’s designs with a sense of deathless mysticism.  They are revered in their respective communities; iconic figures in their own right with their own mythos and legacies.  With the pre-spring/summer womenswear collection, Alexander McQueen solidifies the House’s artistic inheritance and pays homage to the uniquely London history of Blake and Lee McQueen. 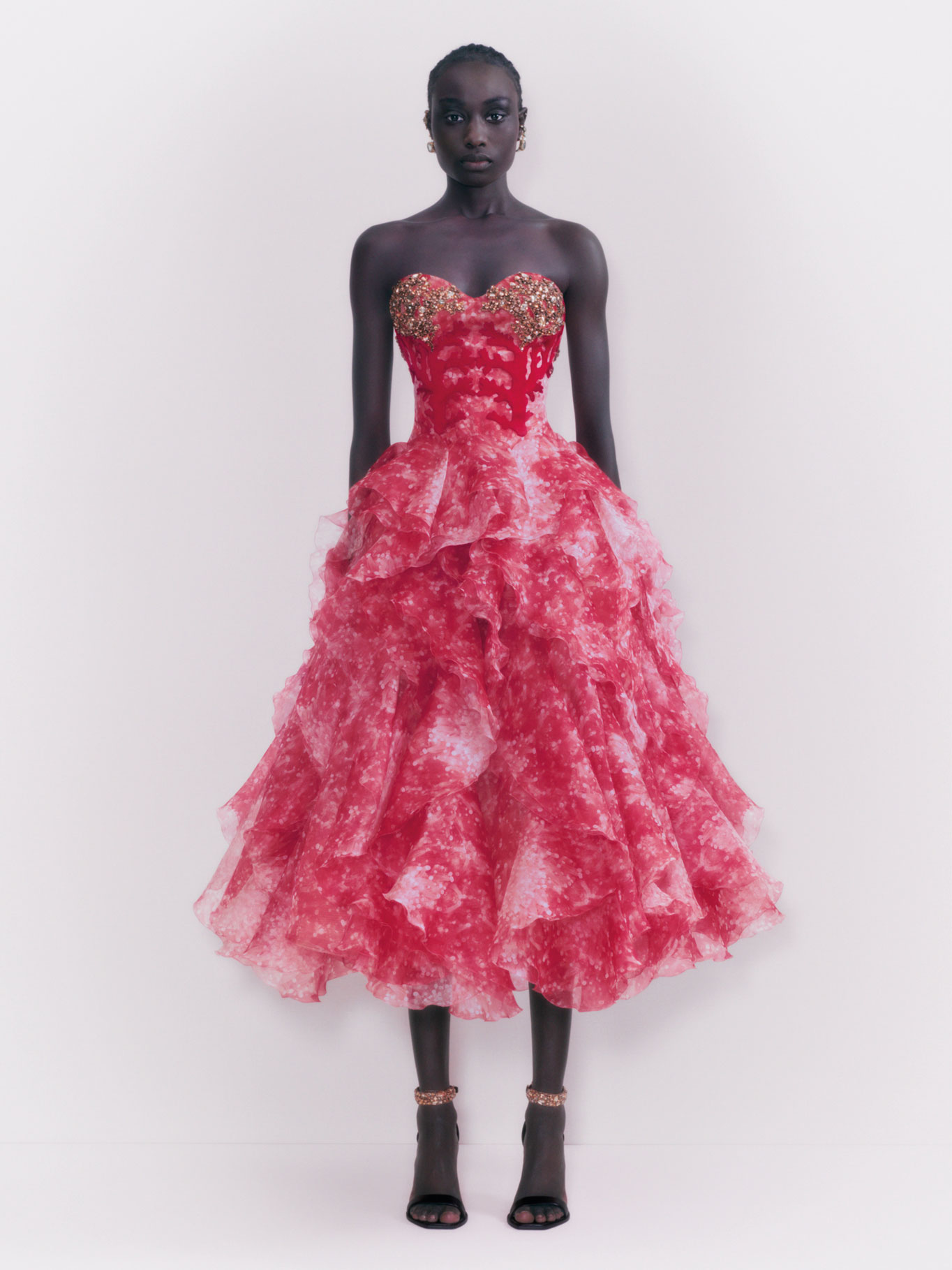 To witness a new incarnation of Blake for the fashion house is wondrous.  His survey of pan-genderism and gender fluidity can be fully explored with pieces available for the masculine, feminine and neutral frame.  Versatile print work offers visual nods to the SS22 men’s line, with Blake’s illustrations for Dante’s Divine Comedy once more providing the source material for the visual palette.  Where there could be a temptation to simply reproduce the original artwork faithfully on a single-breasted suit, Alexander McQueen hones in on Blake’s intricate detail to create unique and intriguing patterns. 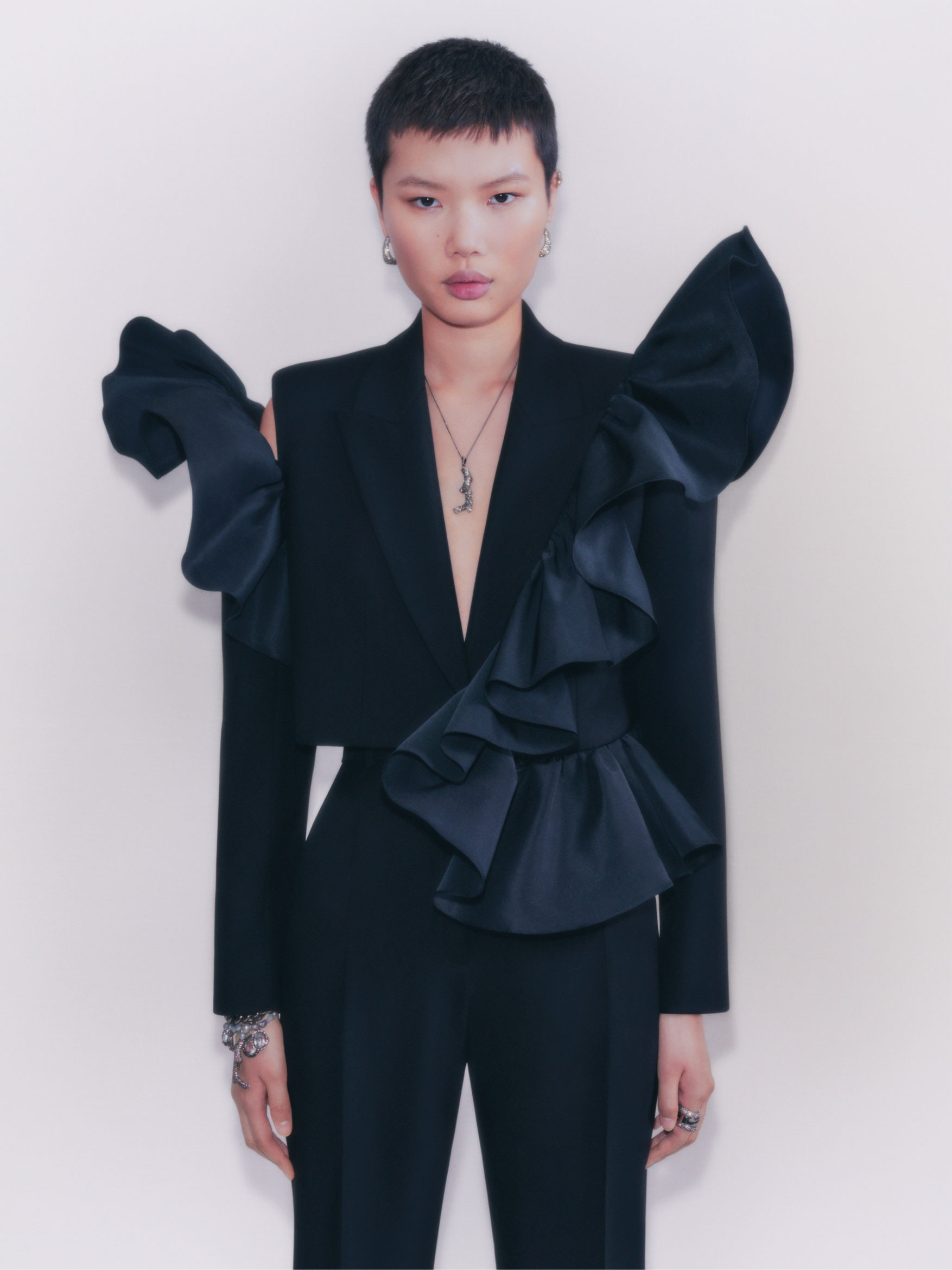 Blake’s Beatrice Addressing Dante from the Car is the primary visual roadmap, reappearing again and again – once in an ivory and black fragmented form across a jacquard coat, then again as the swirl of eyes on the embroidered bodice of a T-shirt dress.  Photographer Chloe Le Drezen captures the looks in powerful moments, while director Roberto Colombo approaches them softly in his pre-season film.  Colombo’s camera oscillates between looks, seemingly static in a style reminiscent of stop motion.  Lightly drawn halos and auras appear around the models, animated by hand in a manner reflective of the colour palette and style of Blake’s Songs of Innocence and Experience. 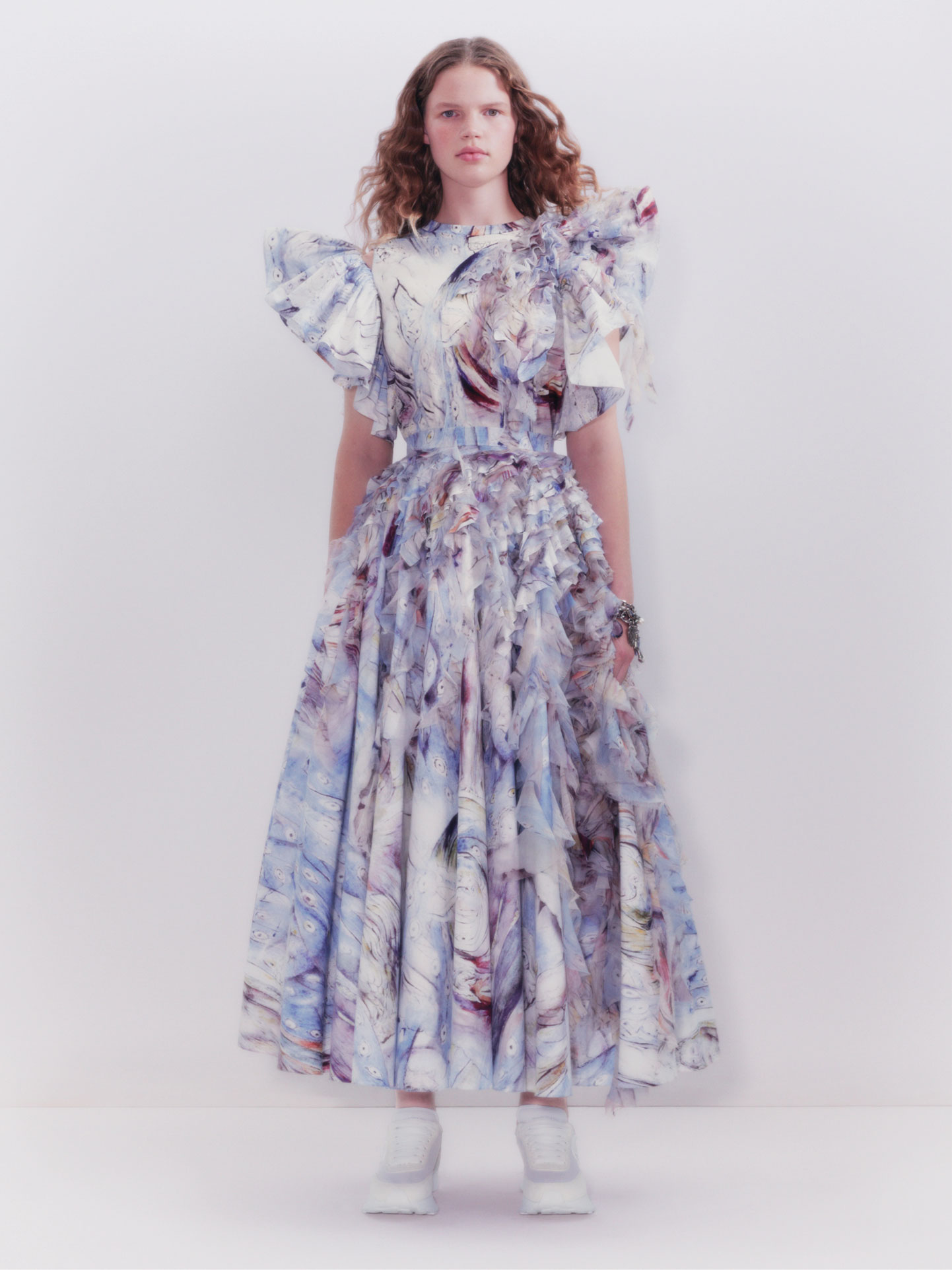 As the staple notes of Alexander McQueen’s skilful designs work to further the ethereality of William Blake’s art, the flow and shape of the pre-season collection offers a masterclass in romanticism through the post-modern lens.