In a move that illustrates their continued commitment to radical social change, Alexander McQueen has recently announced its support for A Team Arts Education – the community youth arts education organisation based in the London borough of Tower Hamlets.  As many schools throughout Tower Hamlets are forced to forgo art subjects in favour of STEM subjects (science, technology, engineering and math) due to the prevailing economic environment, and the borough’s child poverty rates continuing to be the highest in the UK, A Team Arts Education works to support the aspirations of local young people by providing them and their families a broader view of the creative sector. 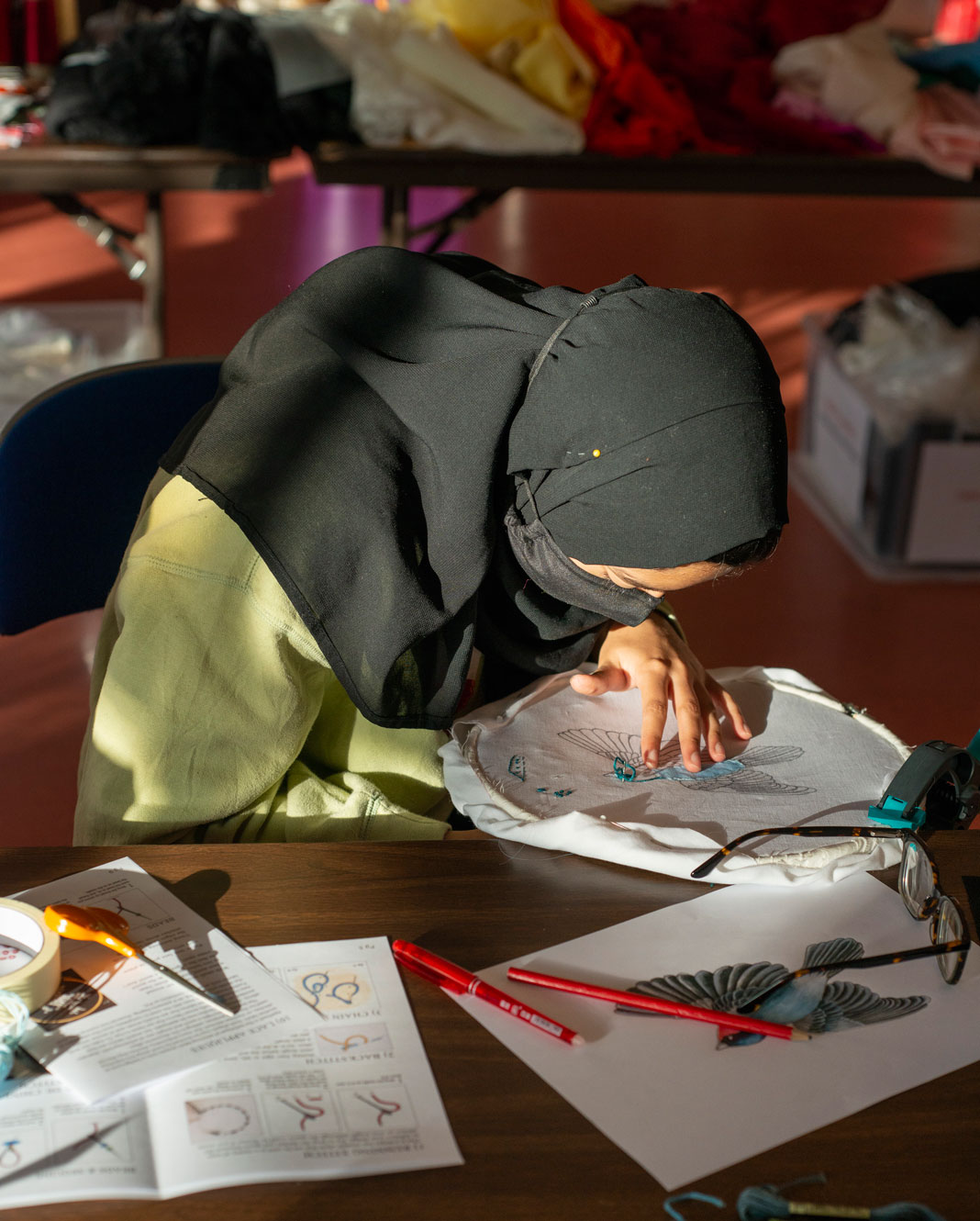 The organisation offers accredited educational programmes as well as career support for those wishing to pursue training at college and university level and beyond.  “At a time when UK arts education is narrowing and being cut and young people are under pressure, we’re inspired and humbled to be able to join with A Team Arts Education in their exceptional grass-roots work in providing fashion, textiles and art and design programmes,” said Alexander McQueen creative director and programme co-organiser Sarah Burton. 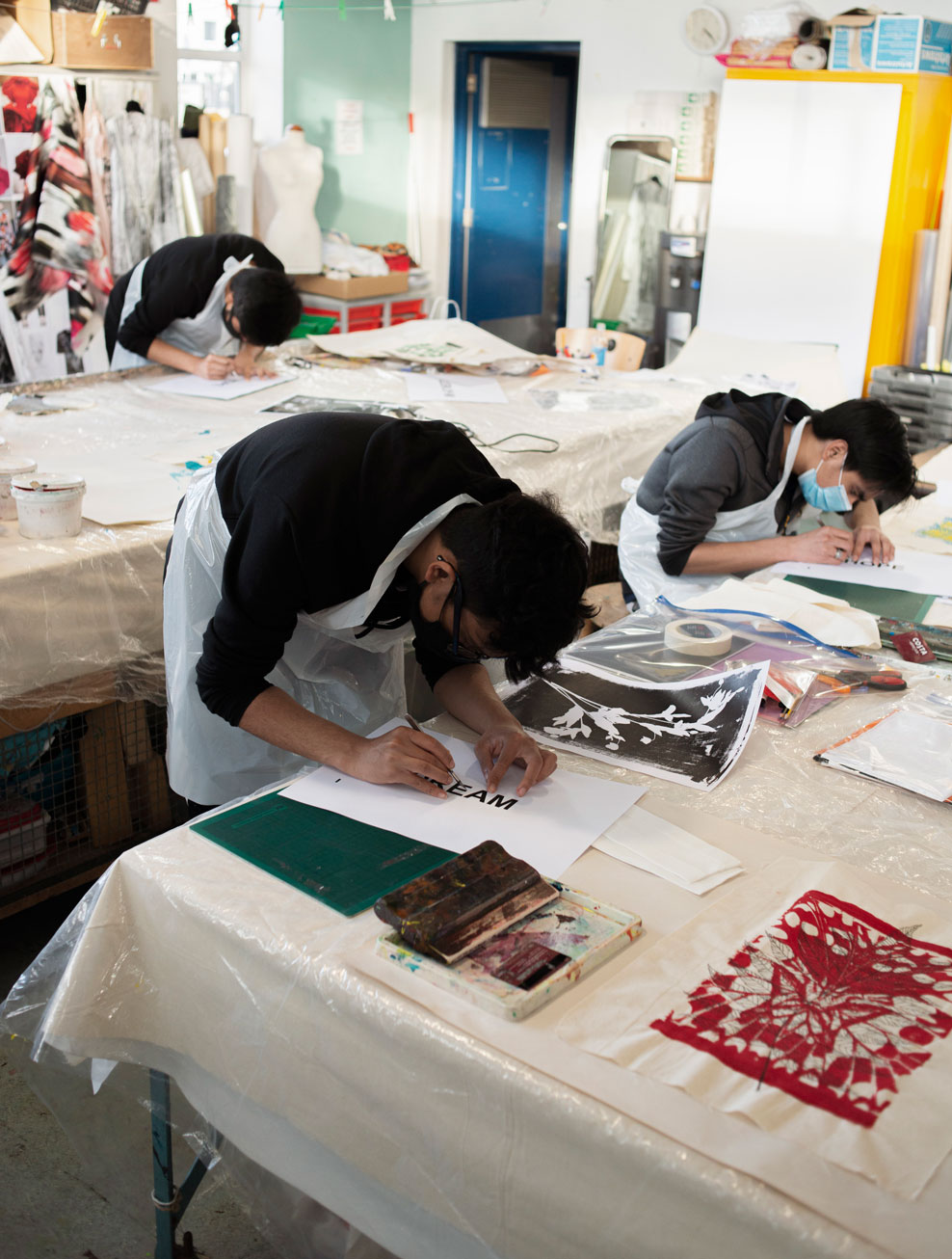 While other Alexander McQueen educational schemes connect with colleges and university students nationally, the collaboration and association with A Team Arts Education forges a much needed practical link with one of the fastest-growing, youngest and most diverse populations in the UK.  In collaboration with – and inspired by – the Central Saint Martin’s Insights Programme led by Berni Yates, Alexander McQueen will support A Team Arts Education both financially and institutionally.  Live experiences with McQueen’s design, textile and embroidery teams will be structured as part of ‘The Explore Programme,’ the A Team Arts Education’s introduction to fashion, textiles and art and design pathways.  Workshops and classes for teachers and young people that began with Burton and her team as a pilot during 2020 will also now be extended. 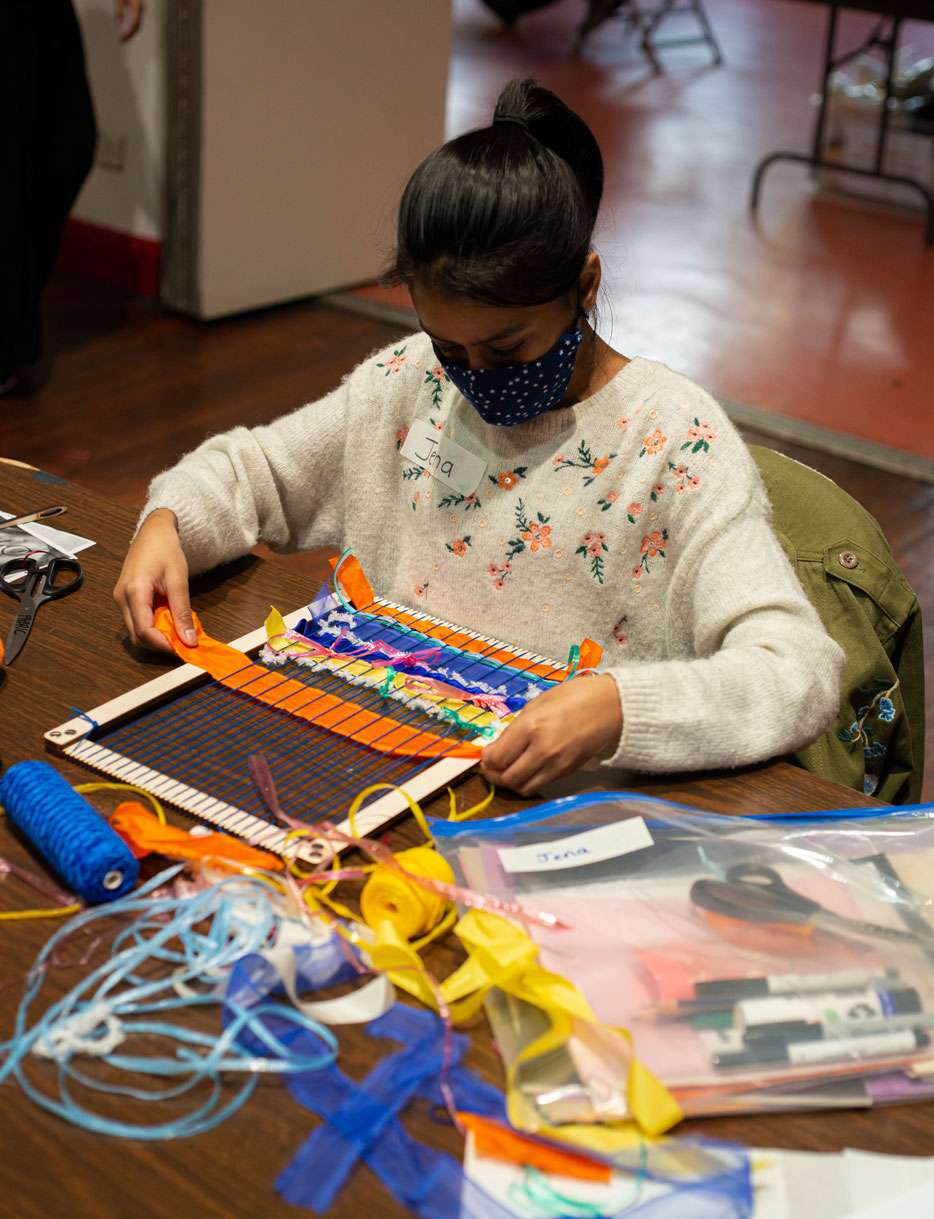 “This is my dream job – to be a fashion designer,” said programme participant Amatulla in the project’s documentary film captured by videographer Alice Smith.  “No, I’ve never done drapery before”, she explained while effortlessly pinning and ruching olive satin across a feminine single-breasted navy blazer.  “I do fine art as an A-level, so we don’t really do fashion and things like that; fashion and design.  But this is the kind of thing that I would like to do in future”. 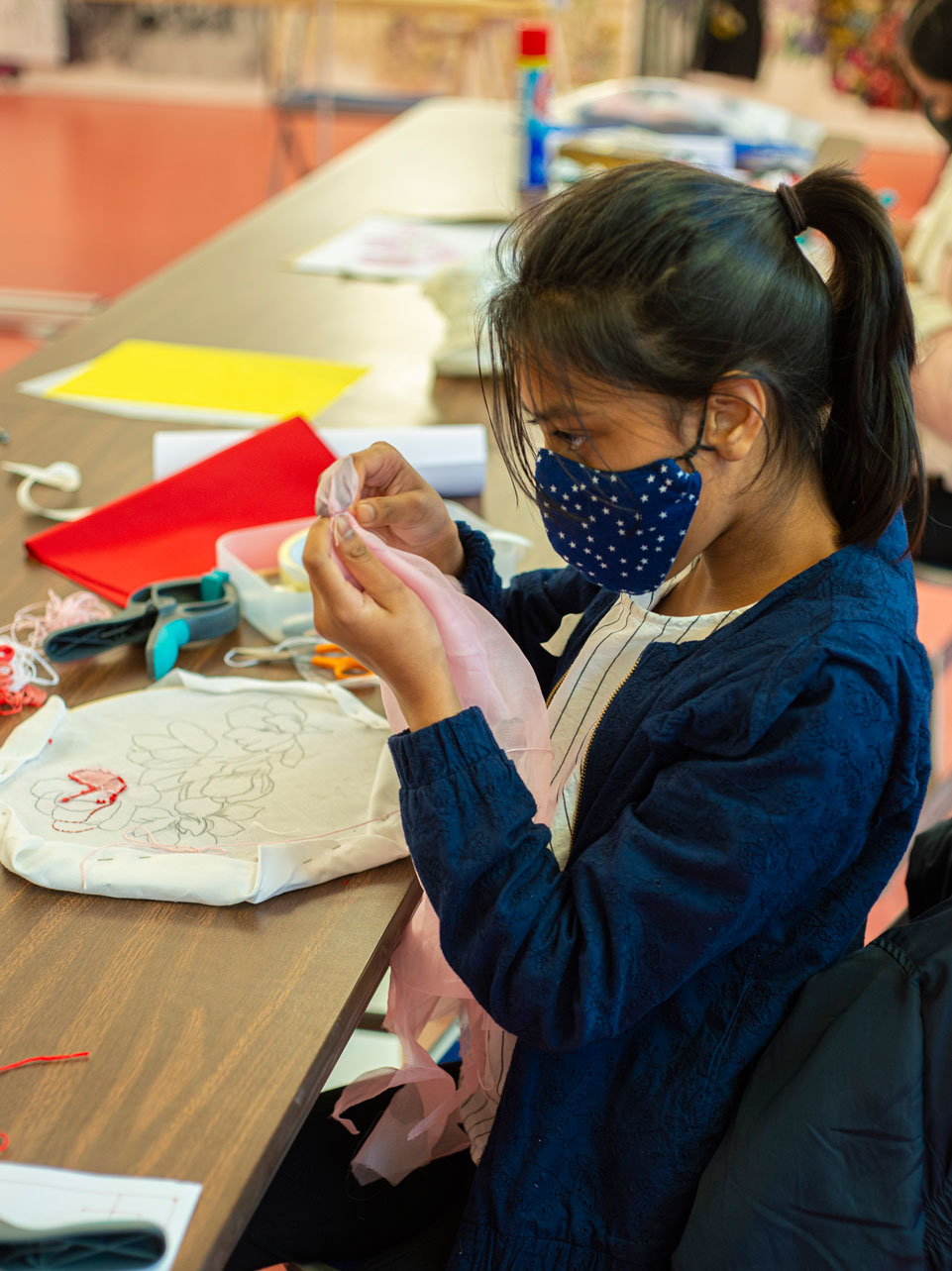 For Burton, a long term collaborator and friend of Lee McQueen, it felt especially important to be able to take part in supporting young people from the East End of London, where McQueen grew up in the 70s and 80s as the youngest of six children.  As the young participants of Tower Hamlets discuss their visions and dreams in 2021, McQueen’s defiant spirit lingers, finding inspiration once more on the streets of London for a whole new generation. “Give me time,” he once said, “and I’ll give you a revolution.“  Even in his absence, that revolution continues. 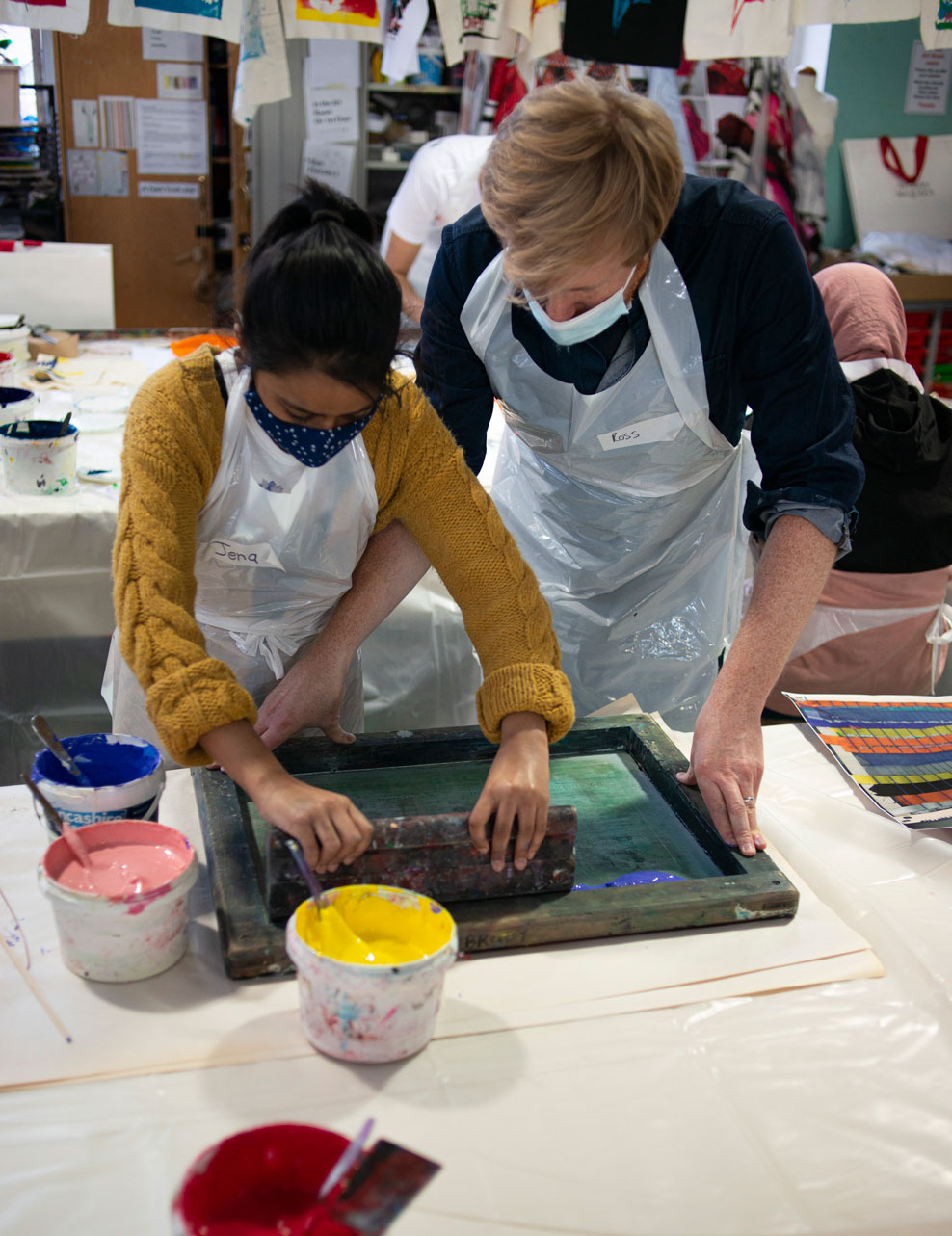 Watch the documentary clip by Alice Smith at THE FALLtv

Click here to see our last feature on Alexander McQueen