As the leaves suddenly start to turn brown and the events season begins to loom large, Sarah Burton releases the latest campaign for the Alexander McQueen AW22 womenswear collection.  Captured by House regular, photographer Paolo Roversi, the hazy, dreamscape-esque imagery perfectly conveys the dark, twisted beauty that has come to define the brand. 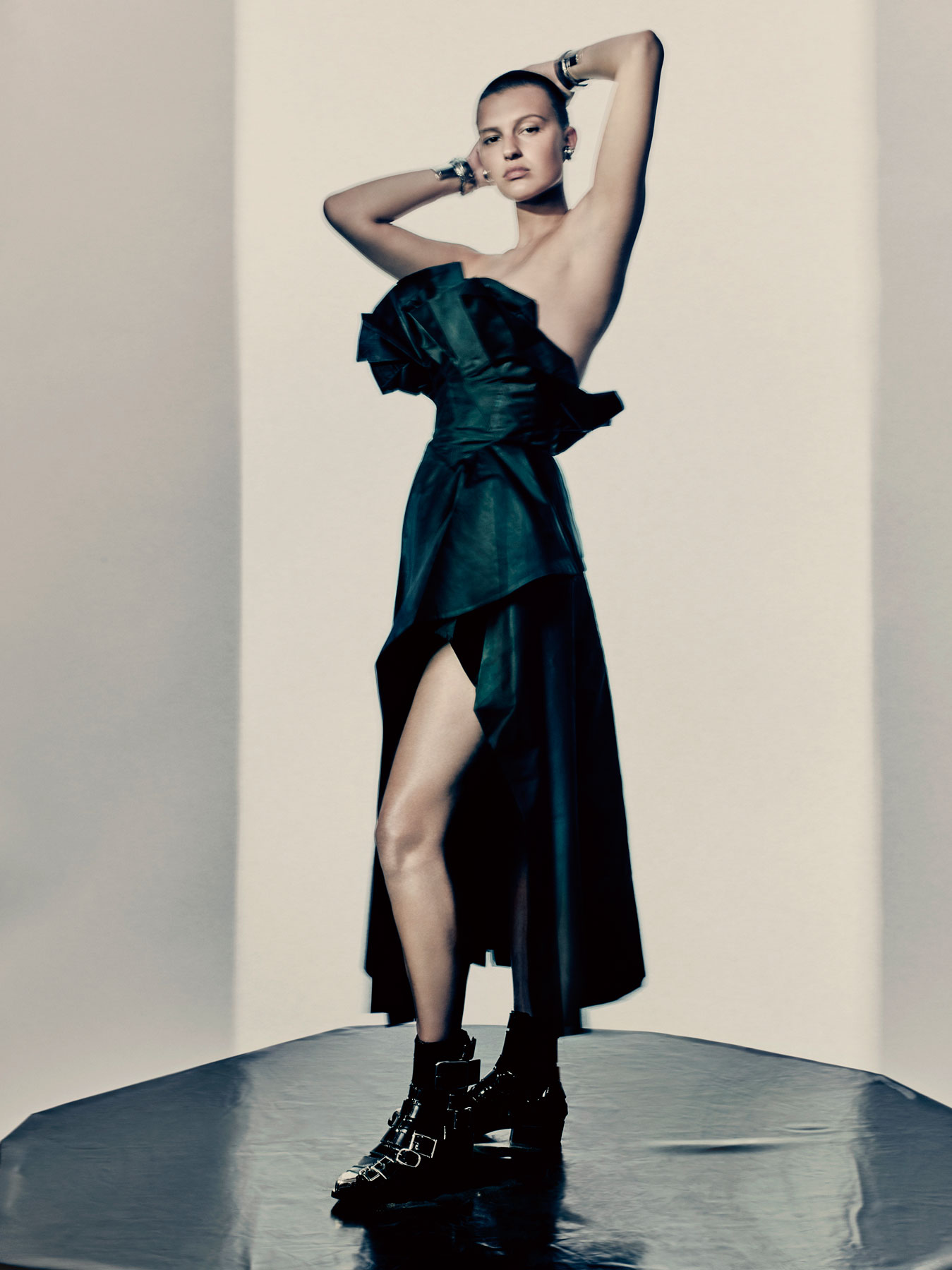 Highlighting mycelium-inspired garments – a subterranean mushroom community through which nature communicates – the British fashion designer channels the sublime beauty of the natural world and the subconscious emotions it provokes.  Reminiscent of Tim Burton’s Alice in Wonderland, the story directly speaks to mycelium’s profound interconnecting power with a message that inspires unity, creativity and daring. 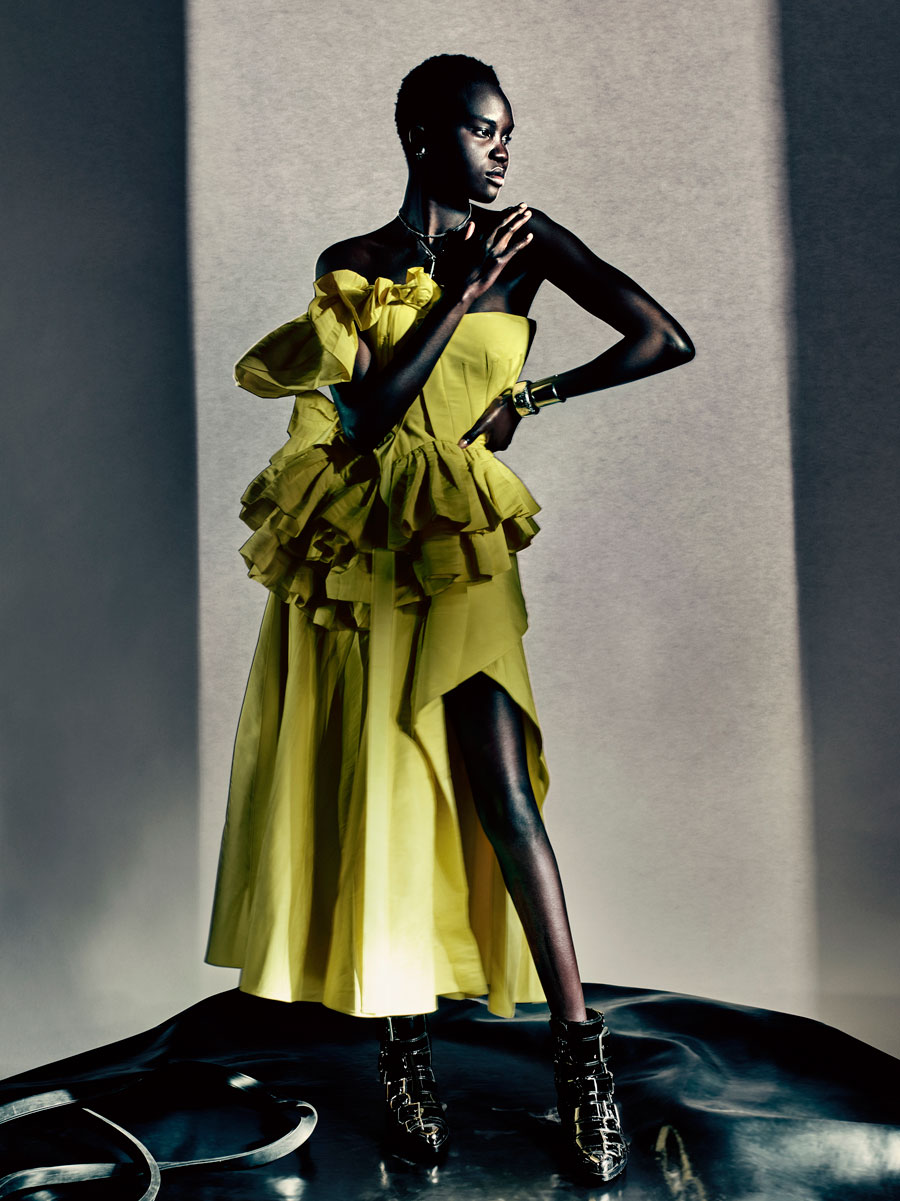 Having returned to the fashion week calendar in New York City earlier this year, the McQueen show featured a cast (aptly enough) ambling through molehills of fallen timber in a cavernous warehouse in Brooklyn.  Accompanied by The Cure’s A Forest, it was a perfect showcase and a triumphant return for the brand, not only to live fashion but to NYC, where Lee McQueen presented his Dante and Eye collections back in 1996 and 1999, respectively. 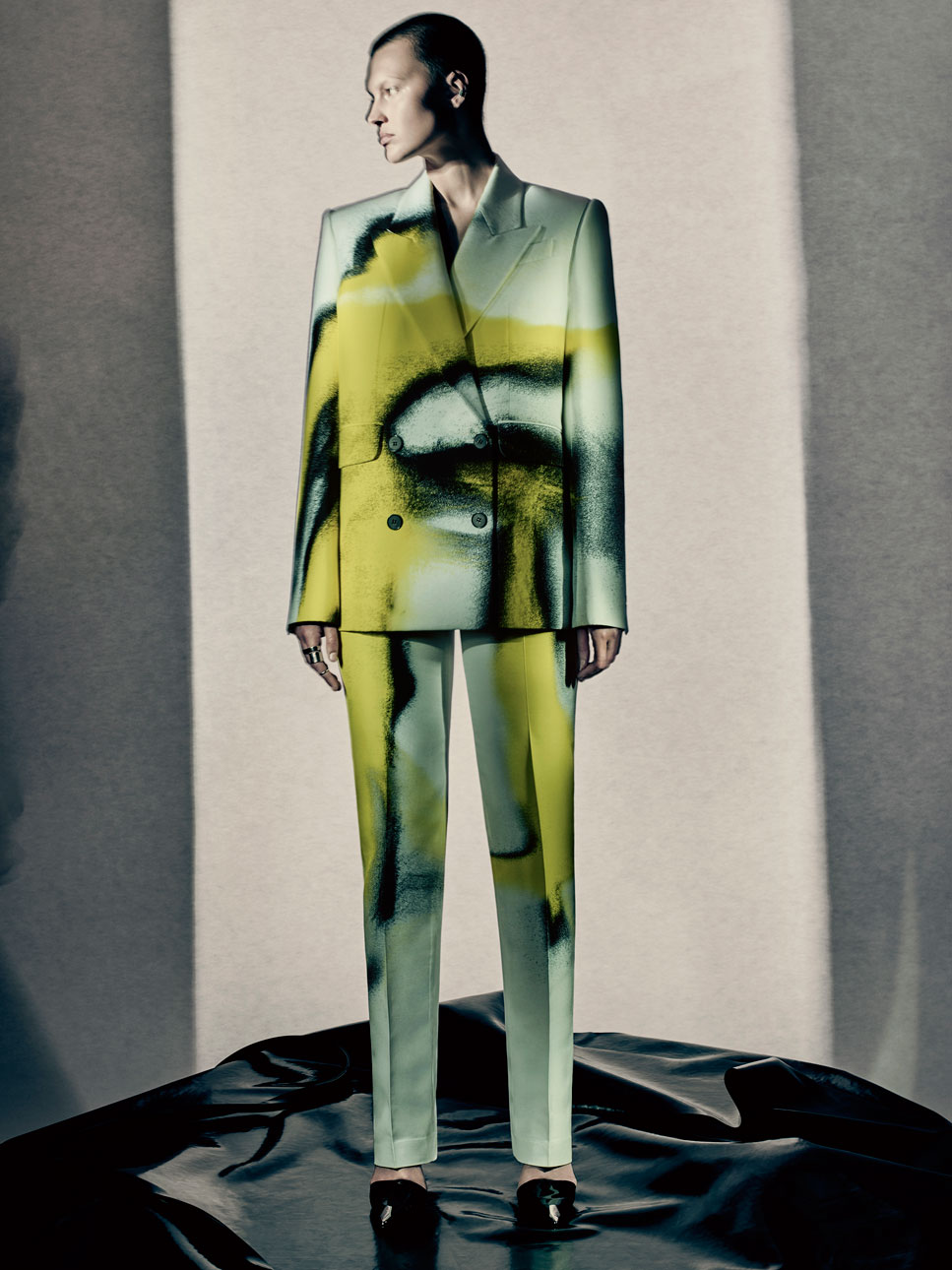 Given those early chapters, the urban chic of the Big Apple emanates from  the lens of Paolo Roversi for the new campaign.  With the designs having a distinct and nearly audible character, it’s almost possible to ‘listen’ to the tale each picture tells.  However, despite the collection’s metropolitan influences and modern flair, the colours and silhouettes still have a natural and organic disposition about them.  “They are all real colours, borrowed from the natural world.  They represent danger as well as healing”, says Burton of the palette.  Two contrasting environments juxtaposed next to each other in a romance of contemporary style. 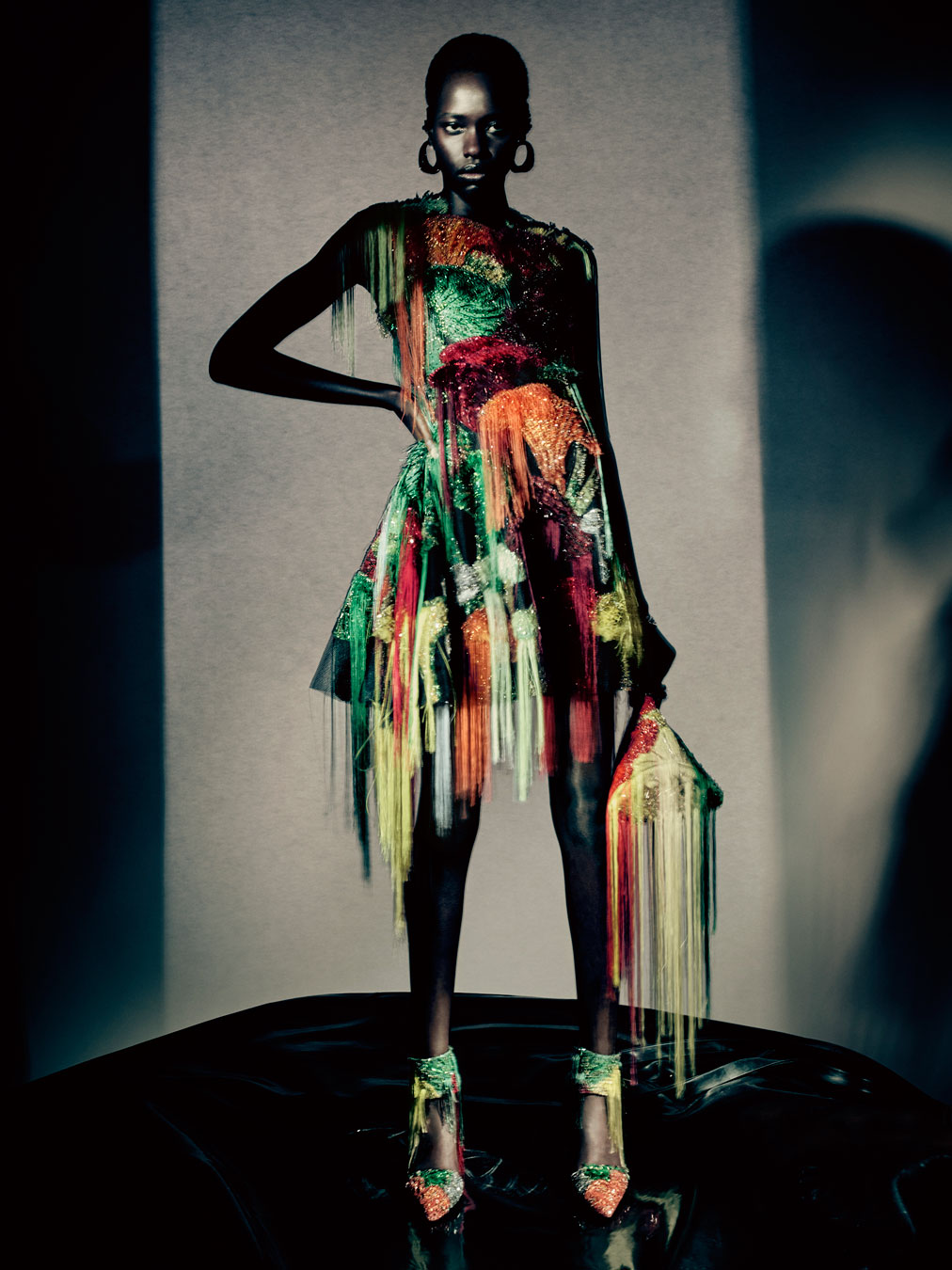 Above all, the autumn campaign and collection examines new definitions of ‘femininity’ and ‘glamour,’ and how we choose to identify them this coming winter.  These are the questions that we’re all exploring in the 21st Century and, for most, Alexander McQueen AW22 will be the answer.