Asymmetry was an intriguing recurring theme for Sarah Burton’s Alexander McQueen AW22 collection, Mycelium.  Tailored hemlines formed clean but unmatched geometric triangles that the draped at the front of loose but exquisitely constructed suit jackets and coats.   Cutouts decorated only one side of particular looks, and gowns and dresses built on the story with hemlines not only featuring exaggerated, leg-revealing slits, but also the kind of undulating contouring that encouraged the eye to travel along it’s long winding road.  And there are all manner of destinations McQueen proposes to take us to this winter. 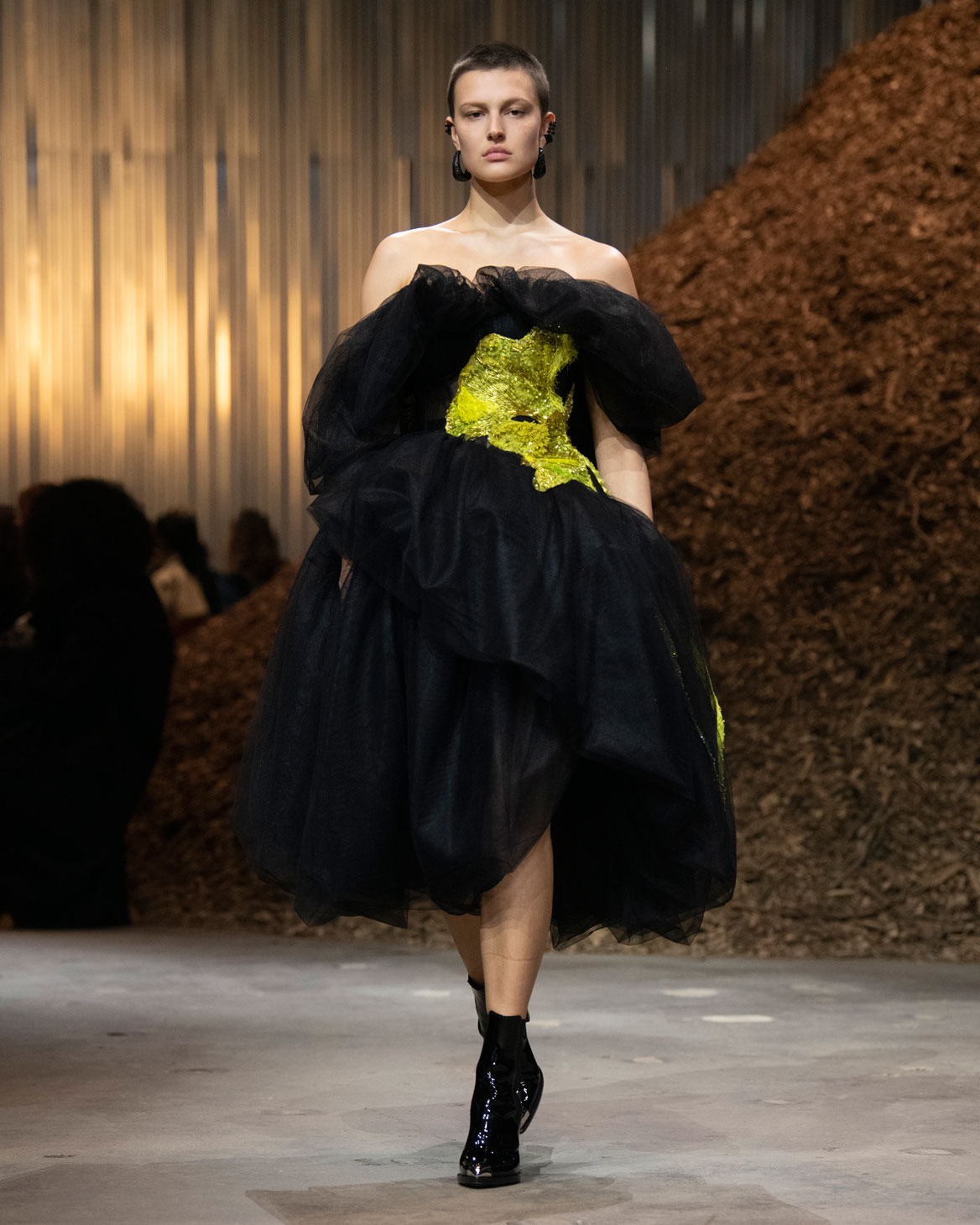 One of the stops on that journey was to Brooklyn, New York; in a city that the House returned to for the first time since 1999.  “It’s part of our community, a place that has always welcomed us, and this season I want to honour that,” said Burton of the decision.  That sense of community is reflected in the name of the collection. 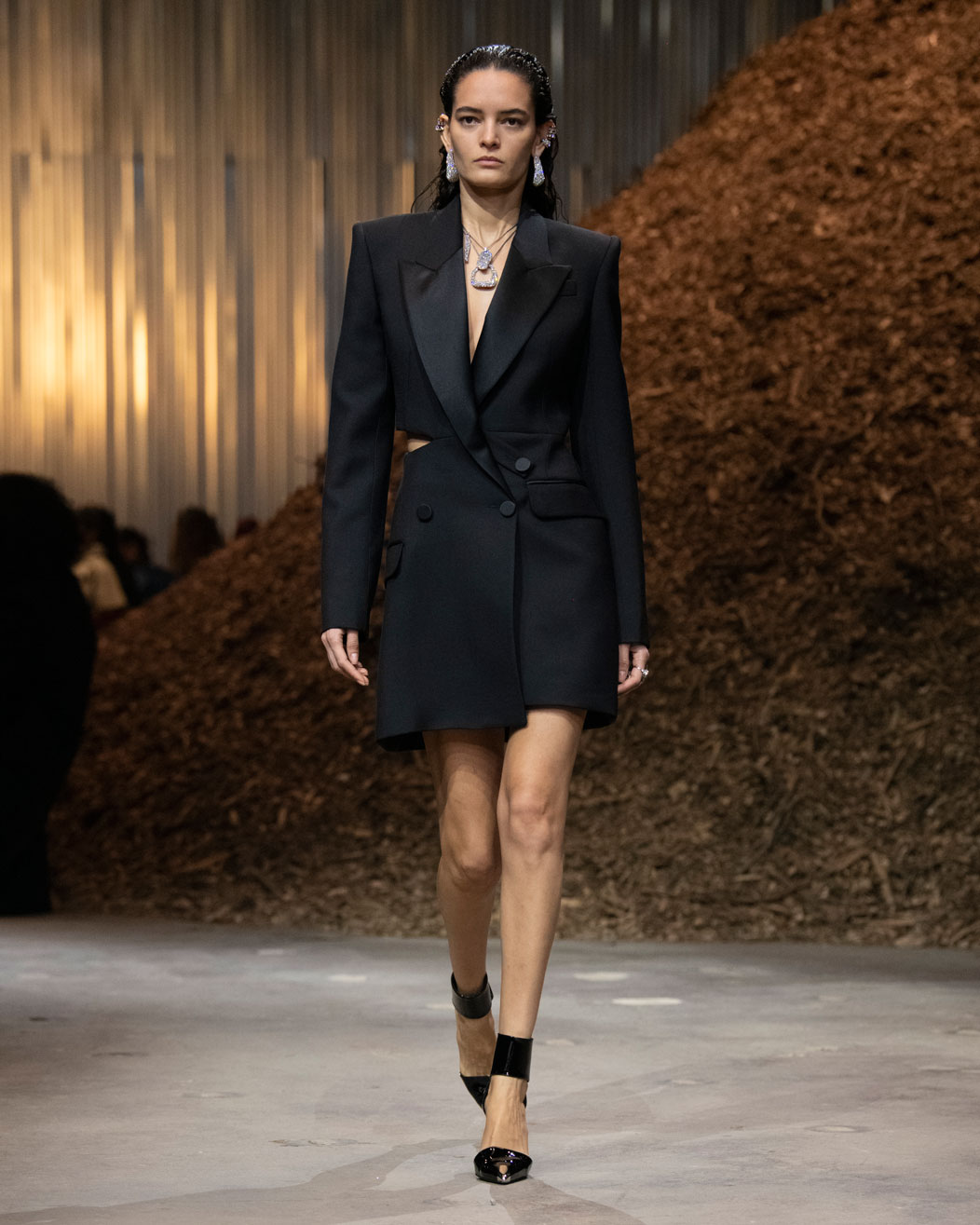 At its basic level, Mycelium is the thing that is said to connect us all – a micro-cellular organism that is part of the very ground we walk on.  No matter where we are, we’re connected to it, and therefore to each other.  Those that have heard of it before will then understand the significance of the playfully oversized intarsia mushroom design on the distressed knitted longline tank vest that came down the catwalk. 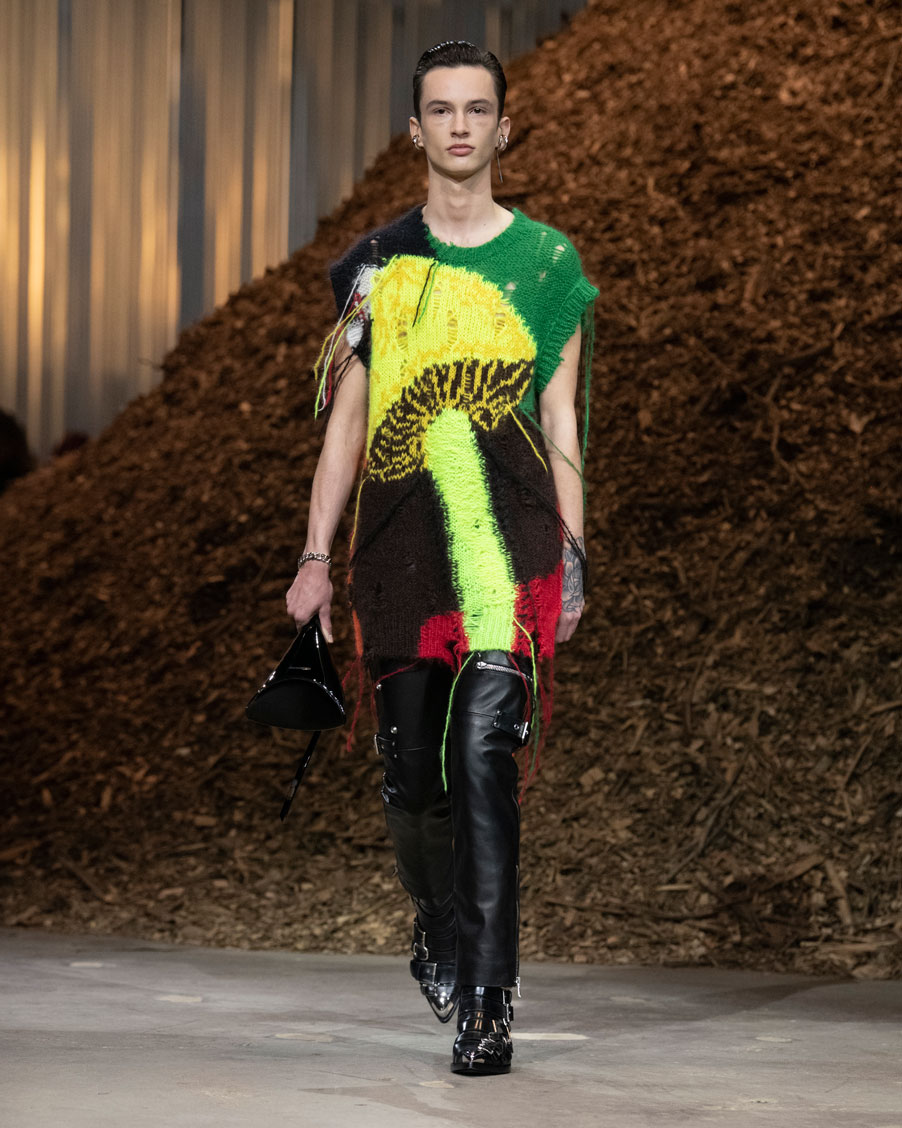 As if to present the physical reality to the Mycelium philosophy, the show was held in a warehouse with a track cut through huge mounds of rich earth.  There we also saw the further development of McQueen’s eye-catching Graffiti motif, with masculine suits in red and white adorned with slightly more refined ‘spray paint’ artistic representations of, presumably, the suit wearer. 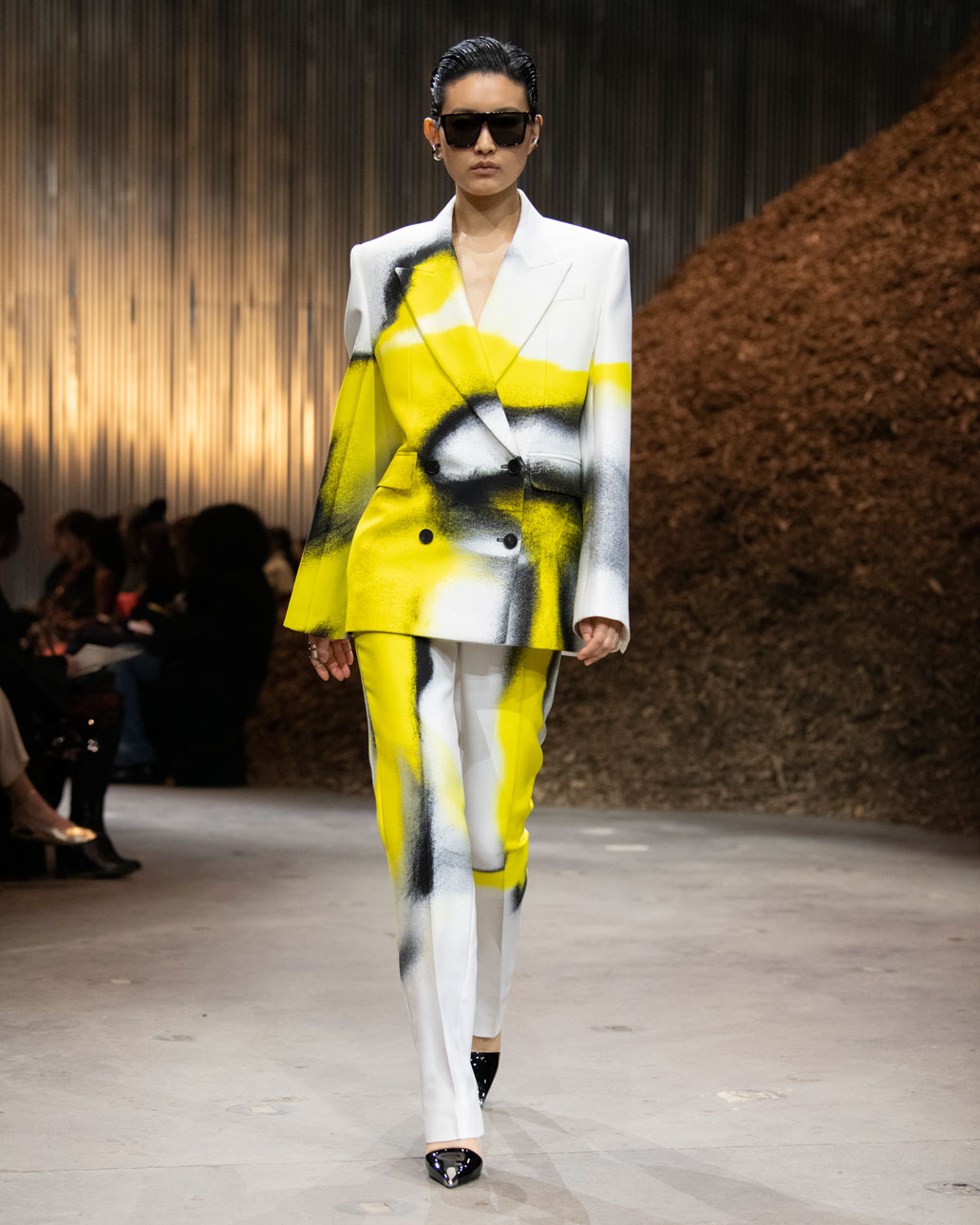 A particular highlight came with the red-on-black, dress-on-dress spray paint look, with the circular zip at the him opened just enough to reveal a tantalising flash of right knee – once again alluding to the asymmetry threaded into the whole collection.  When the AW season does finally roll around, hopefully we can all be connected to it too. 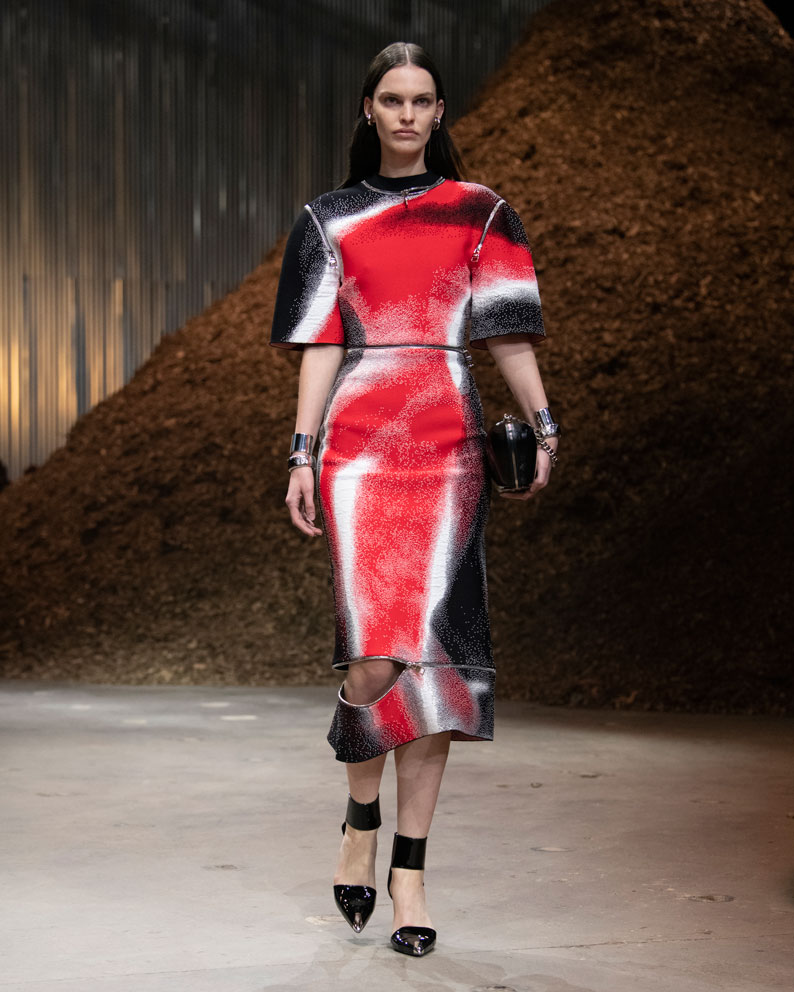 Watch the Full Alexander McQueen AW22 Show at THE FALLtv 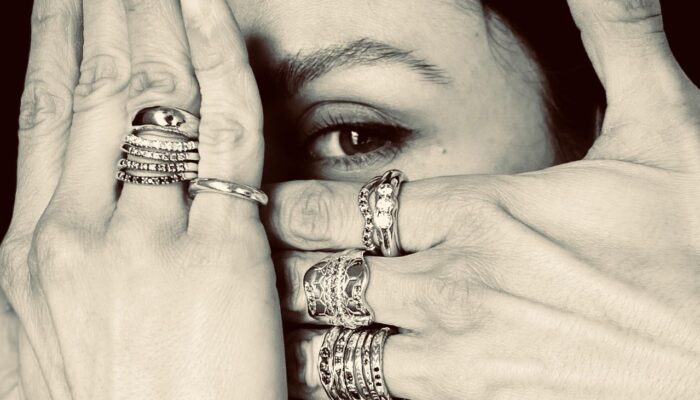 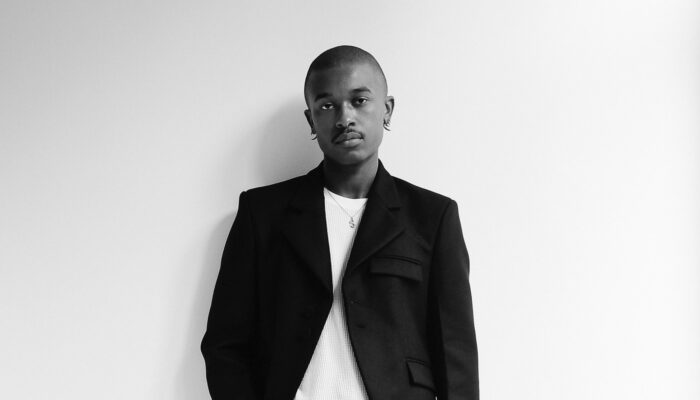 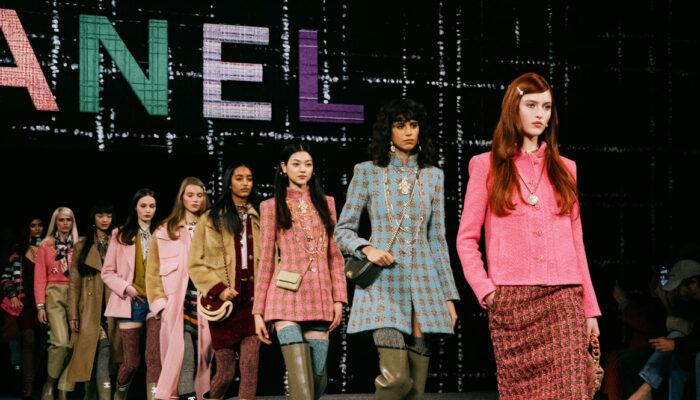 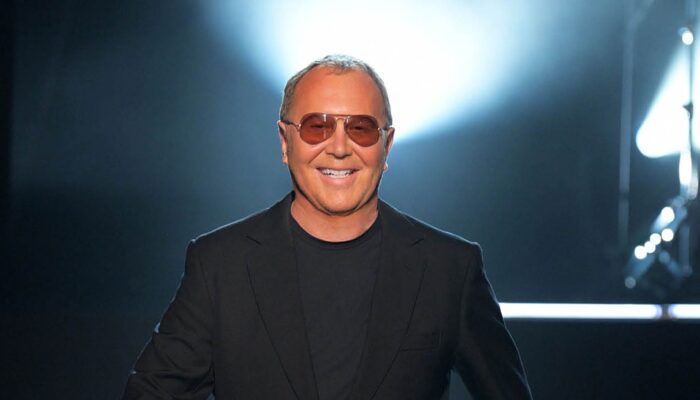