McQueen have just released the new SS22 campaign, shot by the one and only Steven Meisel. By Ebonee Emani

Known for his iconic black and white fashion imagery, Steven Meisel sets the tone for the new Alexander McQueen SS22 campaign.  For the campaign, the American fashion photographer focuses on the natural mind state of his cast so that McQueen fans can relate to the individual personalities and emotions of each member and, in turn, the looks that they’re wearing. 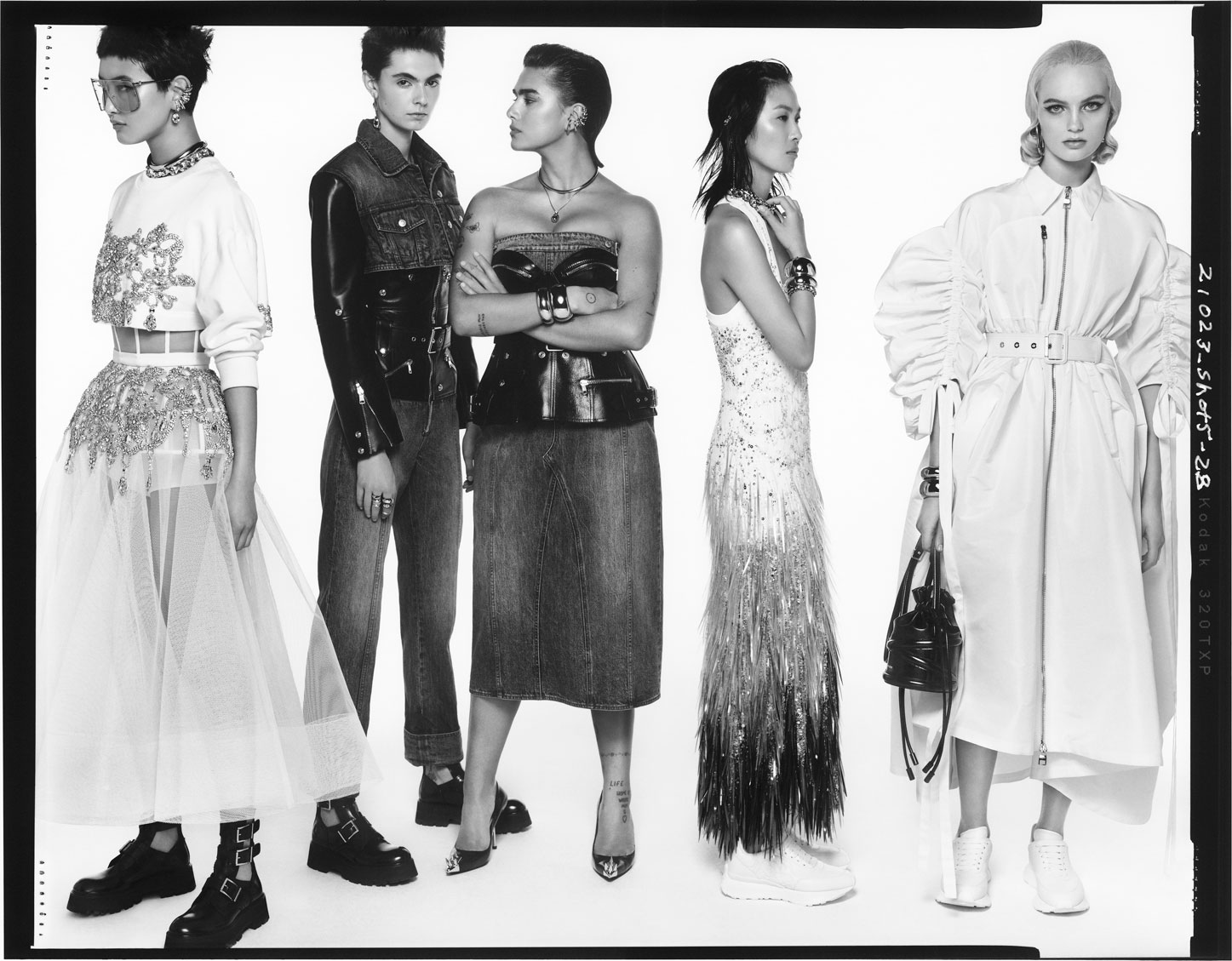 Sometimes Meisel’s cast interact with each other – holding or glancing at each other – but most hold their own space and tell their own stories to camera through the collection.  Some wear matching pieces, some look glamorous, all have that defined sharp edge McQueen is known for.  Born in New York and returning to his long-standing relationship with the London House, Meisel infuses the attitude and culture from both cities into images that are presented in a raw, contact-sheet style to reinforce the vibe.  Similar to his previous work, Meisel’s way of capturing a moment pulls together all the chapters of McQueen’s new book. 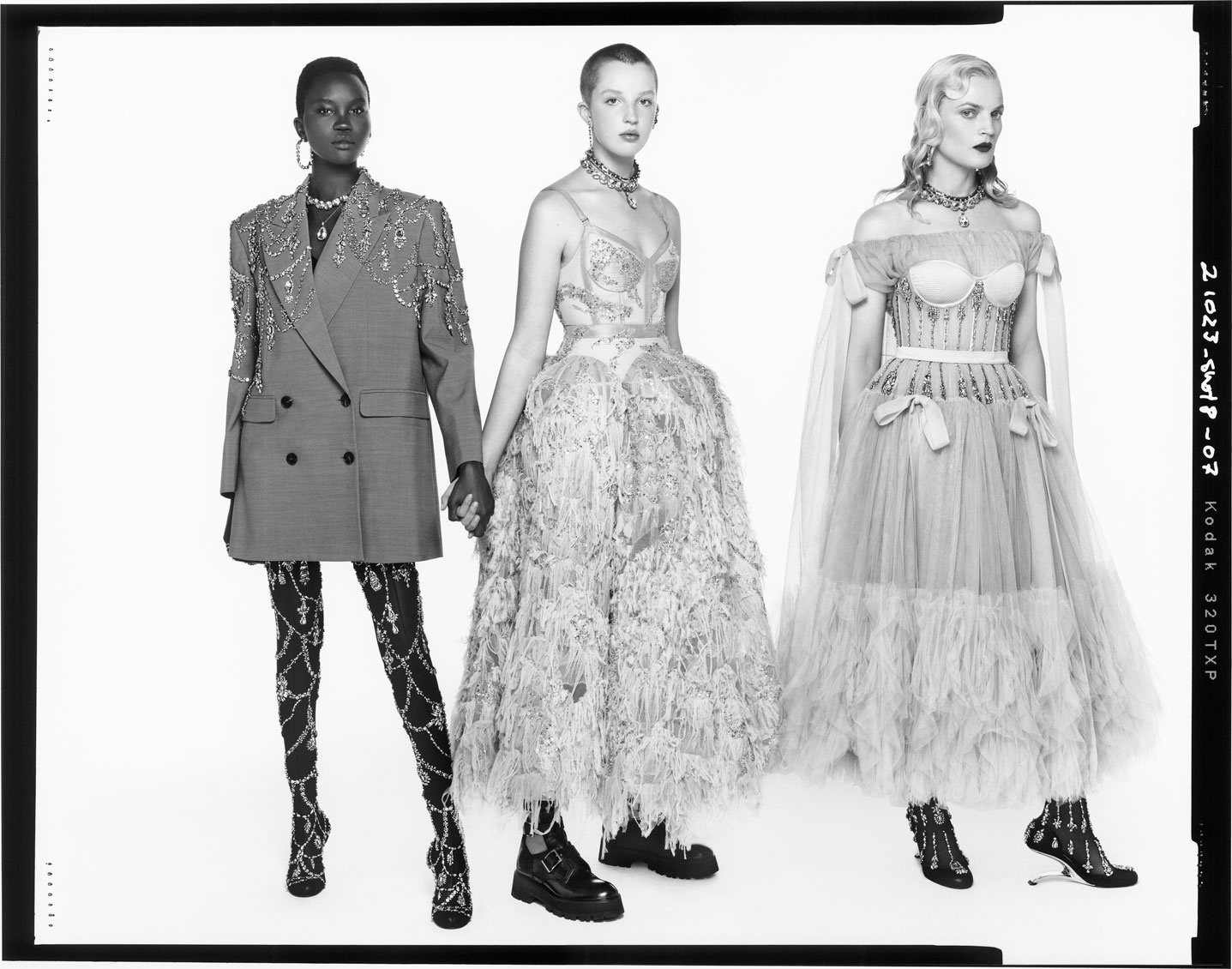 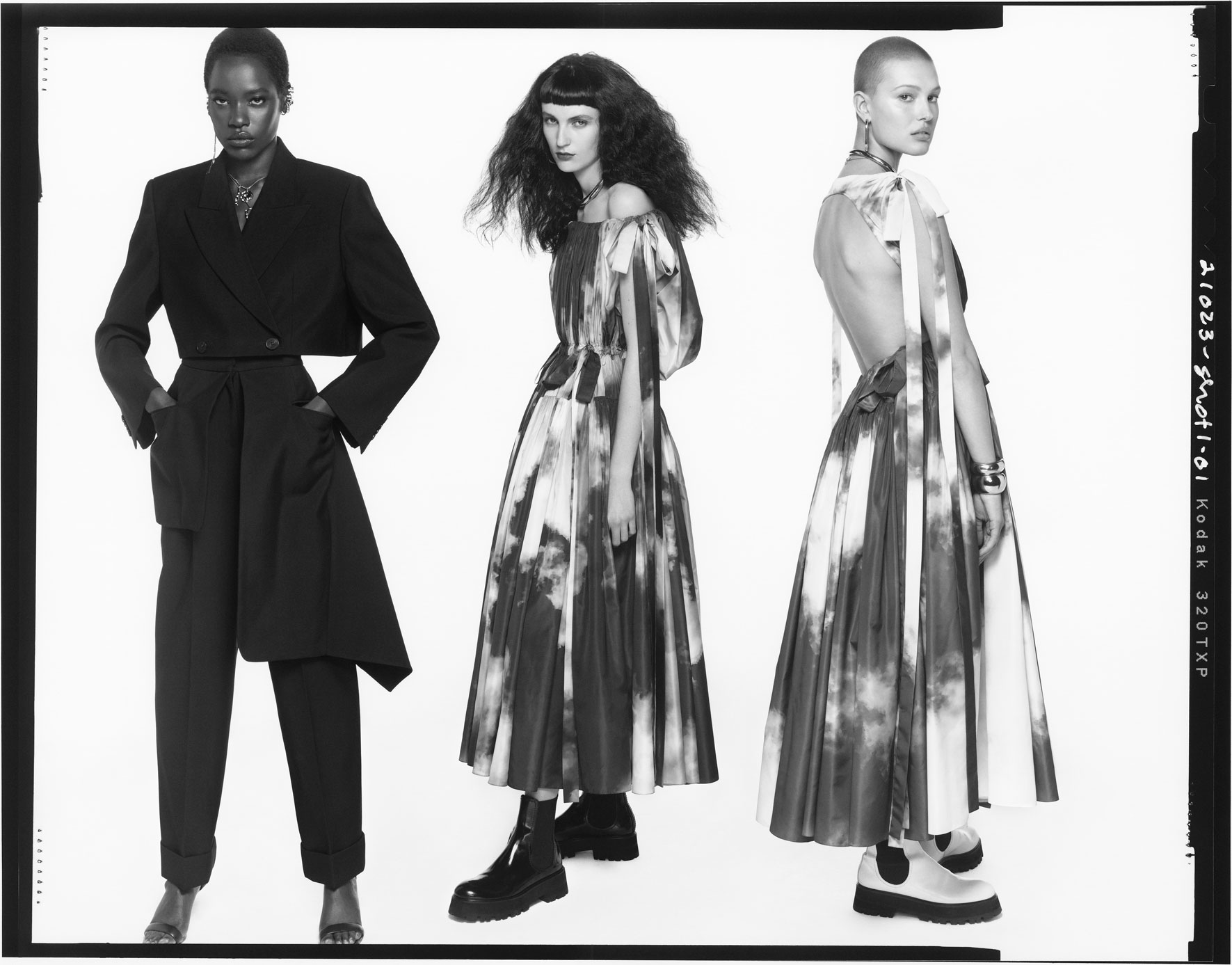 With all the looks photographed in black and white, the focus falls on the cut, drape and fit of the looks on display.  And, in a further demonstration of the democratisation of luxury under Burton, organza skirts share the limelight with leather corsets, bejewelled tailoring, urban denim and taffeta gowns.  With the London house returning to their roots last year, and more imminent developments from McQueen in the pipeline, Meisel’s campaign has already set the tone for the rest of their 2022.