Manchester gets its due with the new adidas trainer

Despite the obvious competition, Manchester remains one of the most culturally relevant cities in Europe.  Back in the late 80s and into the 90s it was arguably the cultural centre for so much youth driven creativity that we may never have had the terms ‘Britpop’ or ‘Madchester’ without them.  Of course, fashion (or, more accurately, style) was an integral part of the time and while there wasn’t a particular uniform of the era, you’d probably still be able to pick a Happy Mondays fan out of a crowd. 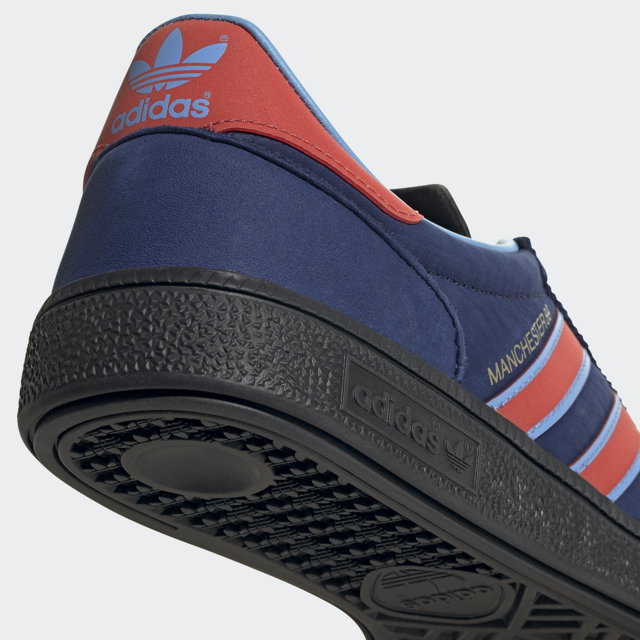 In celebration of that era, and the city that was at its centre, adidas Originals are launching a new shoe from the SPEZIAL range, the Manchester 89 SPZL.  The original adidas Manchester was launched back in 2002 and became almost standard footwear for the culture at the time and continued the love affair between the kids of North West England and the adidas City Series that launched a couple of decades earlier in the 1980s.  The original City Series didn’t have a shoe named for Manchester, the heart of the scene, and so adidas have taken this opportunity to right that wrong and pay proper respect to where it all started. 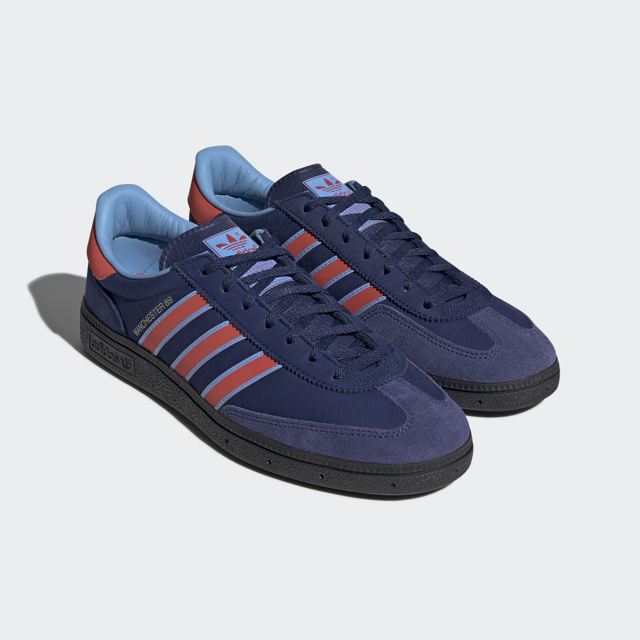 The shoe itself has the simple, clean and distinctive lines to give it that recognisable throwback quality and trigger your nostalgia senses.  But Manchester isn’t just a cultural centre in the country, it’s also a sporting centre.  Much like Liverpool, there’s a red half of the city and a (sky) blue half, with Manchester United FC and Manchester City FC locked in perpetual sporting combat for footballing dominance of the city.  To reflect that reality and really ground the shoe in the heritage that inspired it, Spezial curator Gary Aspden and Oldham Old Boy Mike Chetcuti chose to colour the shoe in navy and light blue with the the iconic adidas stripes superimposed onto it in ‘Red Devil’s’ red.  Launching globally on December 16th, the Manchester 89 SPZL  is just about to introduce a whole new generation to an old concept of desire – being ‘mad for it’. 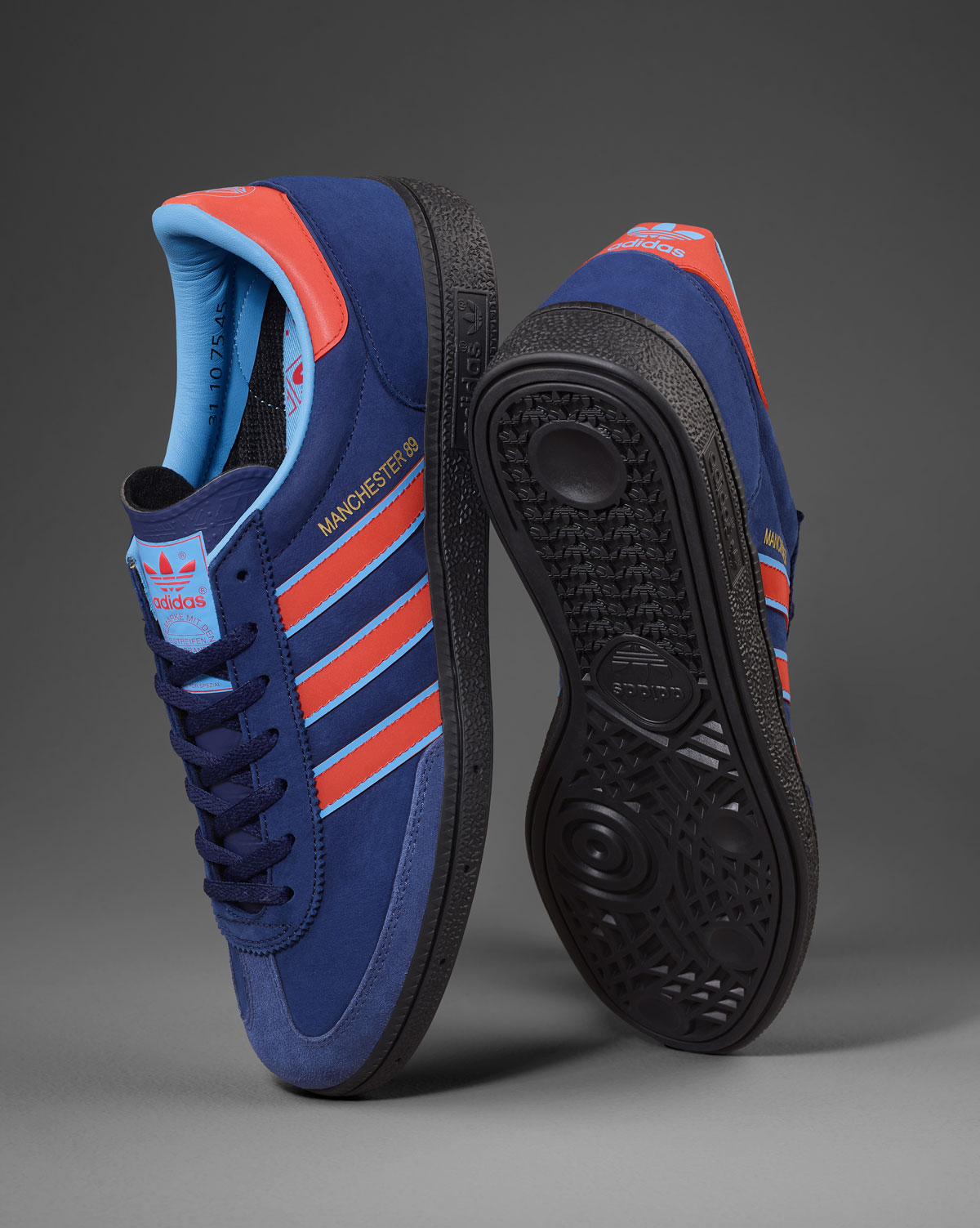 The adidas Manchester 89 SPZL will be available from adidas and selected retailers from Dec 16th.  For more information click here.

Click here to read our last feature on adidas.