Titled Sous le ciel de Paris, Andreas Kronthaler presented the Vivienne Westwood SS23 collection at Paris Fashion Week while the icon herself manned the picket lines during the national rail strikes back at home.  What he arrived with was a chronicle in affinities for the past and for the present.  Metaphysical poet John Donne became a key reference of inspiration, as he was the man who “understood that when we get dressed we ask something of the world.”  We seek to impress, to ingratiate or, perhaps, to fascinate. 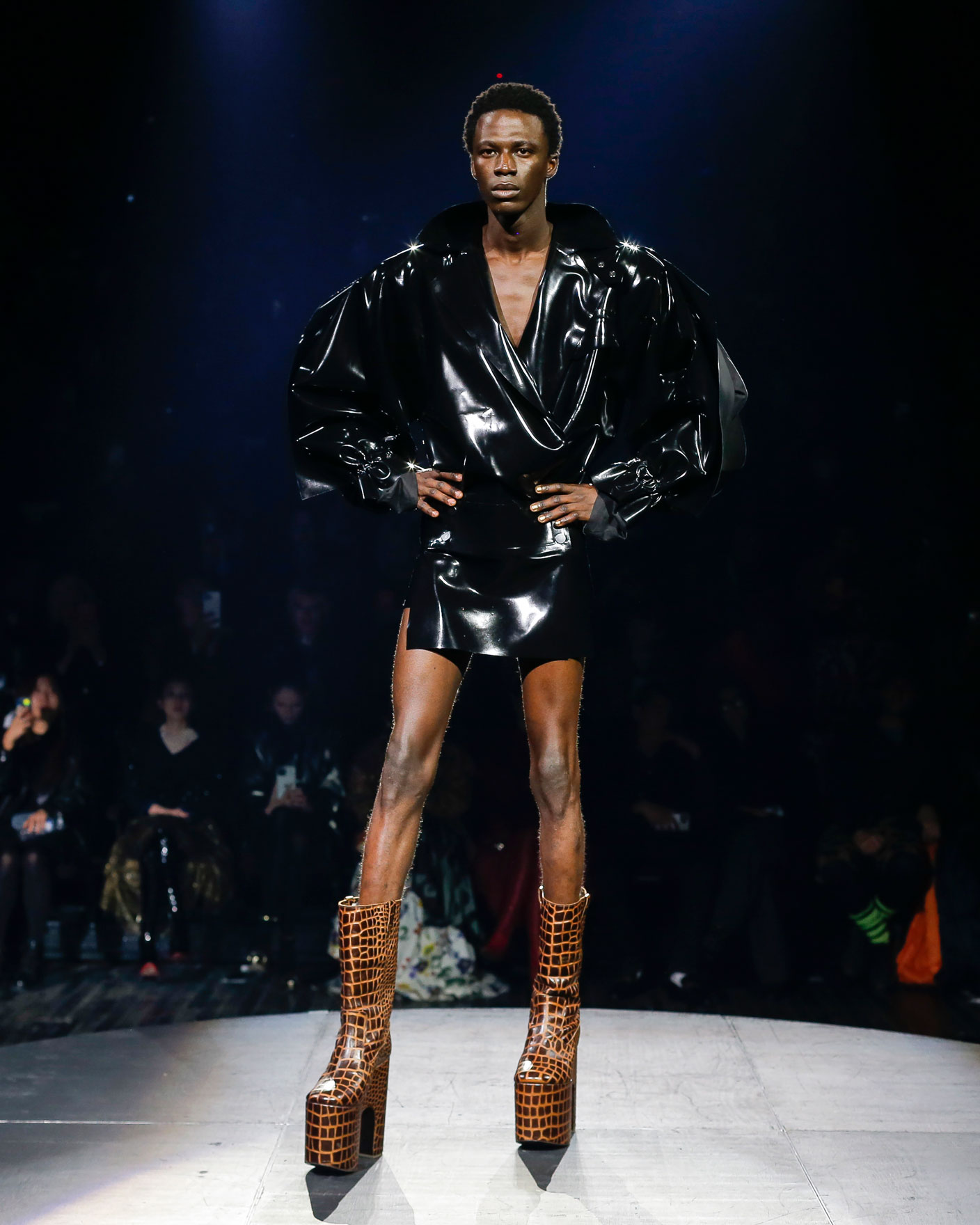 So, it only follows that the 57-look collection did just that – a perfectly blended juxtaposition of archival detailing and shapes mixed with modern fabrications, upcycled fabrics and tongue-in-cheek accents.  Signature gathering and ruffles were to be found at the hems of the voluminous skirting and the sleeves reminiscent of Renaissance portraiture.  A striking concentric circles motif spiralled in and out of focus on a number of ensembles, from retro printed mesh dresses to seductive one-shoulder, black evening gowns. 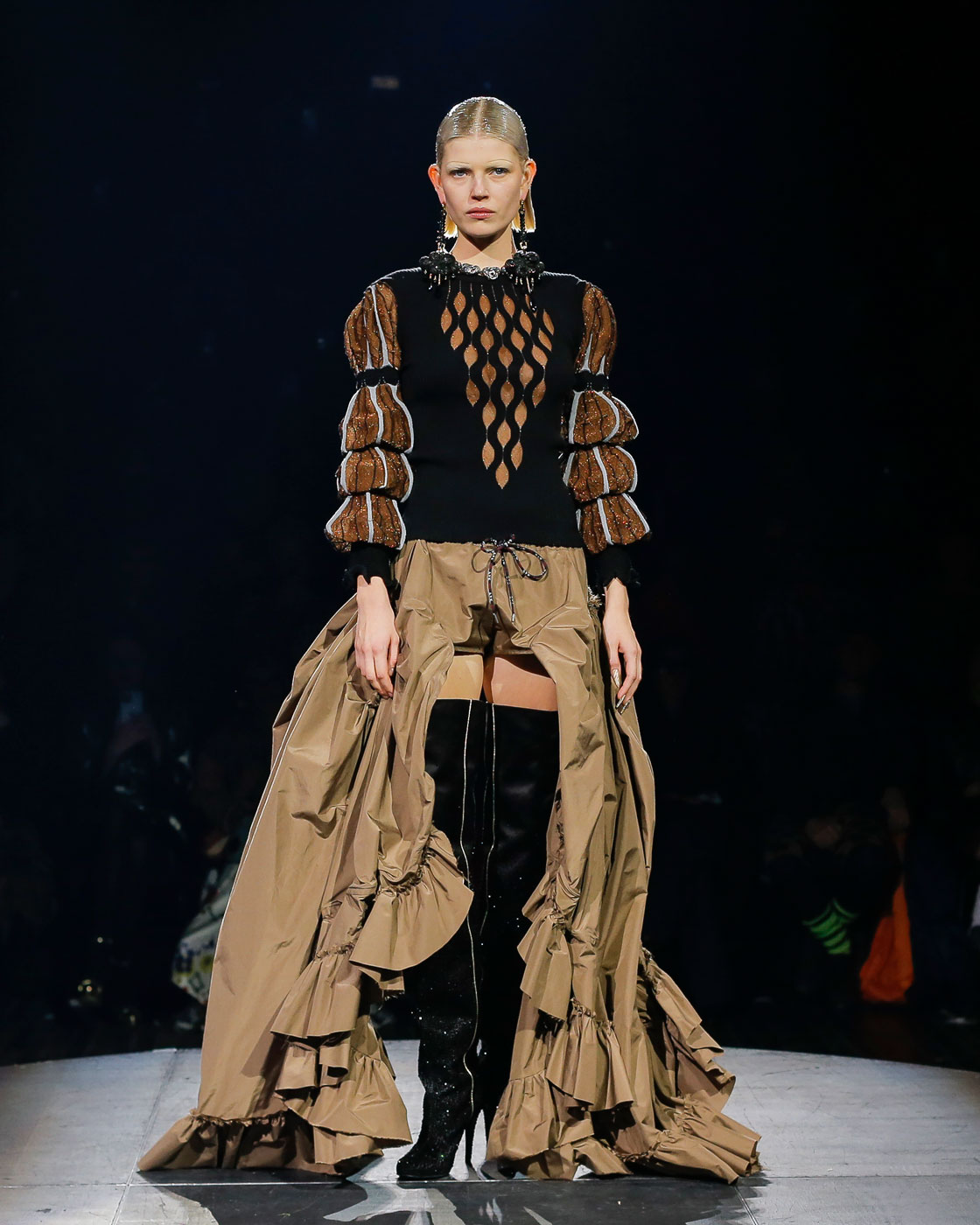 Sous le ciel de Paris shares its name with a 1951 French film by Julien Duvivier that follows strangers in Paris on a single intertwining day.  Here, we find innovative theories on that kind of individuality and narrative-building injected via Kronthaler styling second-hand pieces from his own personal wardrobe into the show to toy with his historical references. 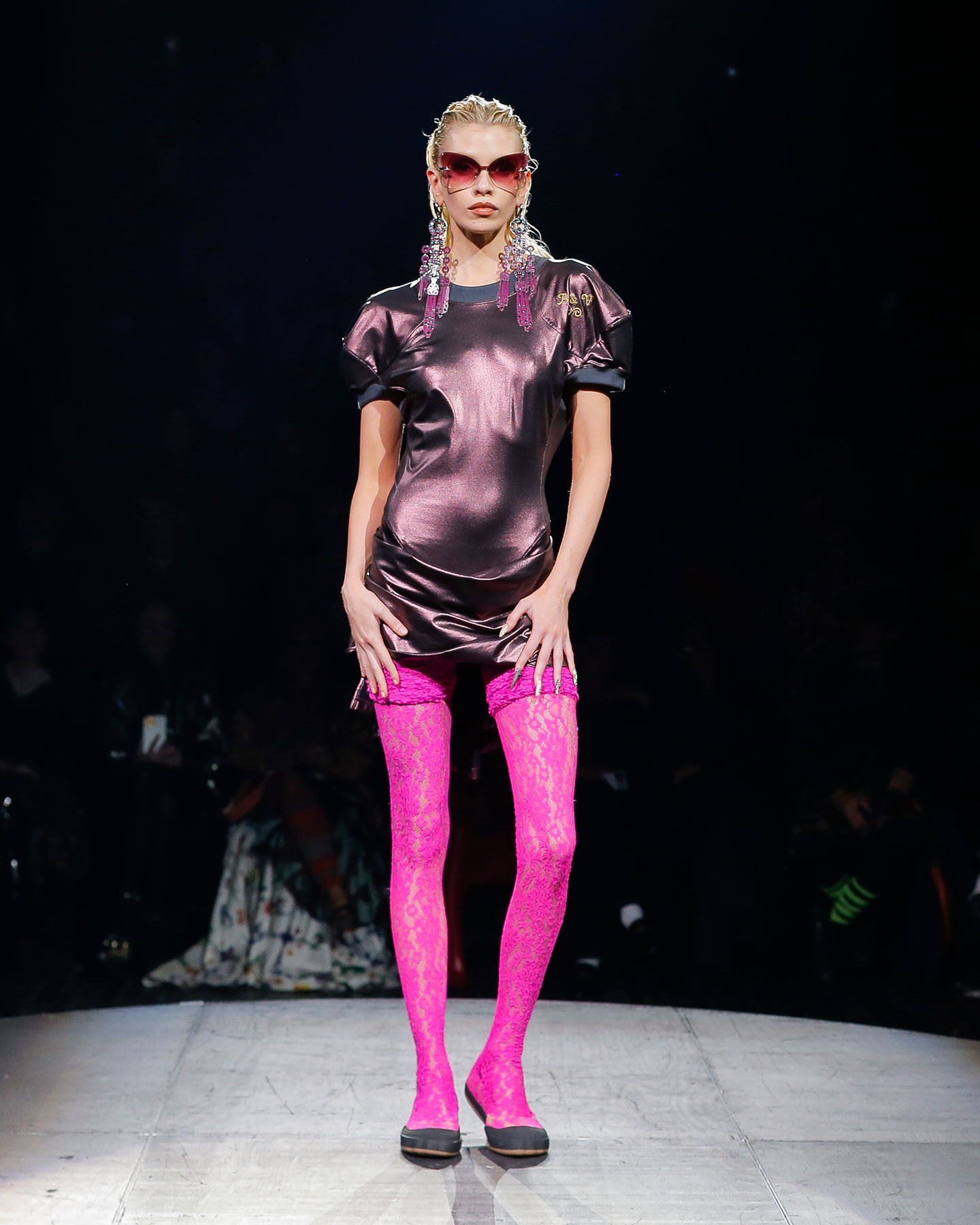 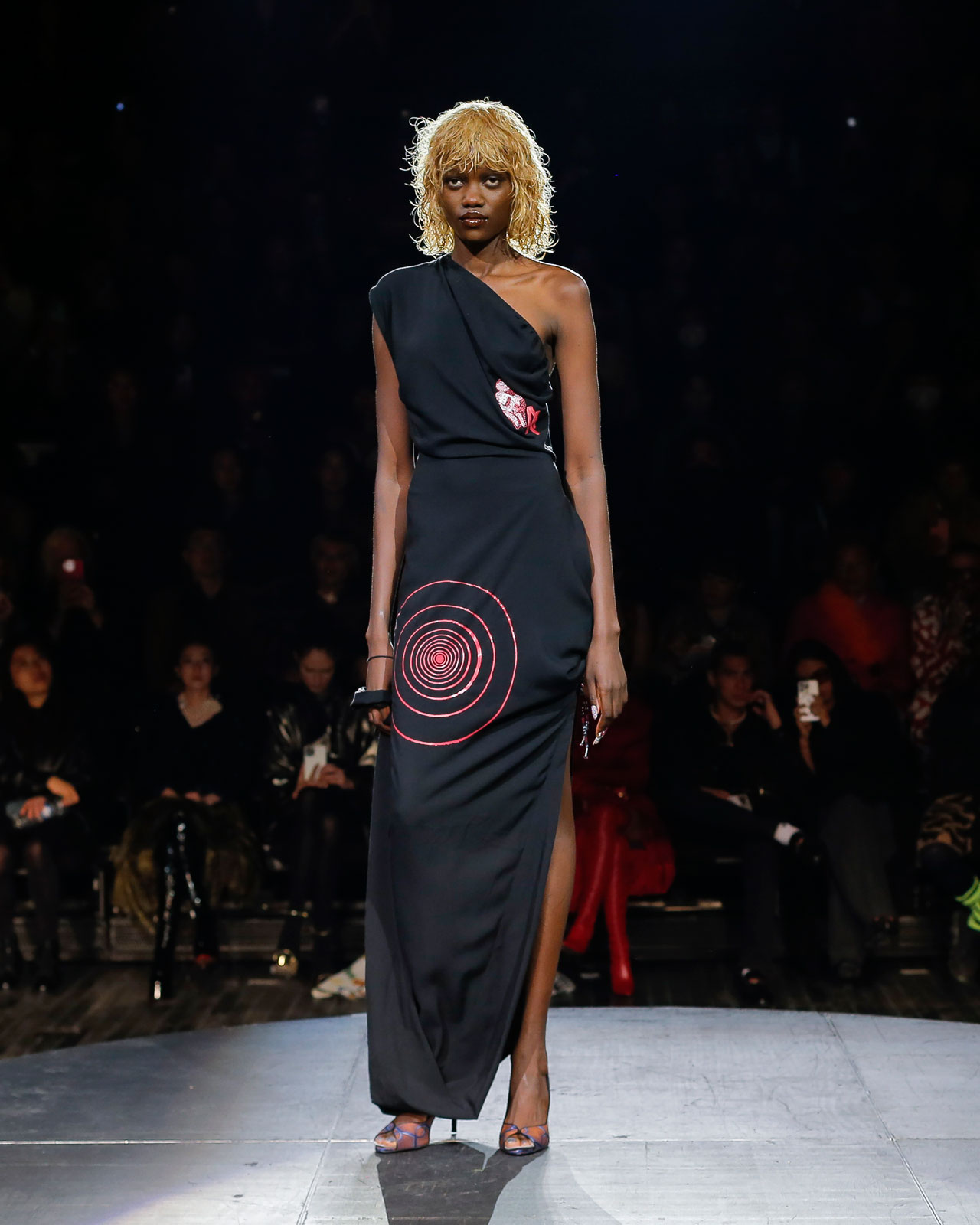 To indulge the theatricality John Donne was known for, the show took place at modern performance venue La Gaité Lyrique.  Each model had their deliberate and individual moment centre stage in the spotlight.  Everybody was ‘seen.’  And perhaps it will be that same spotlight on us wearing Vivienne Westwood SS23 next summer. 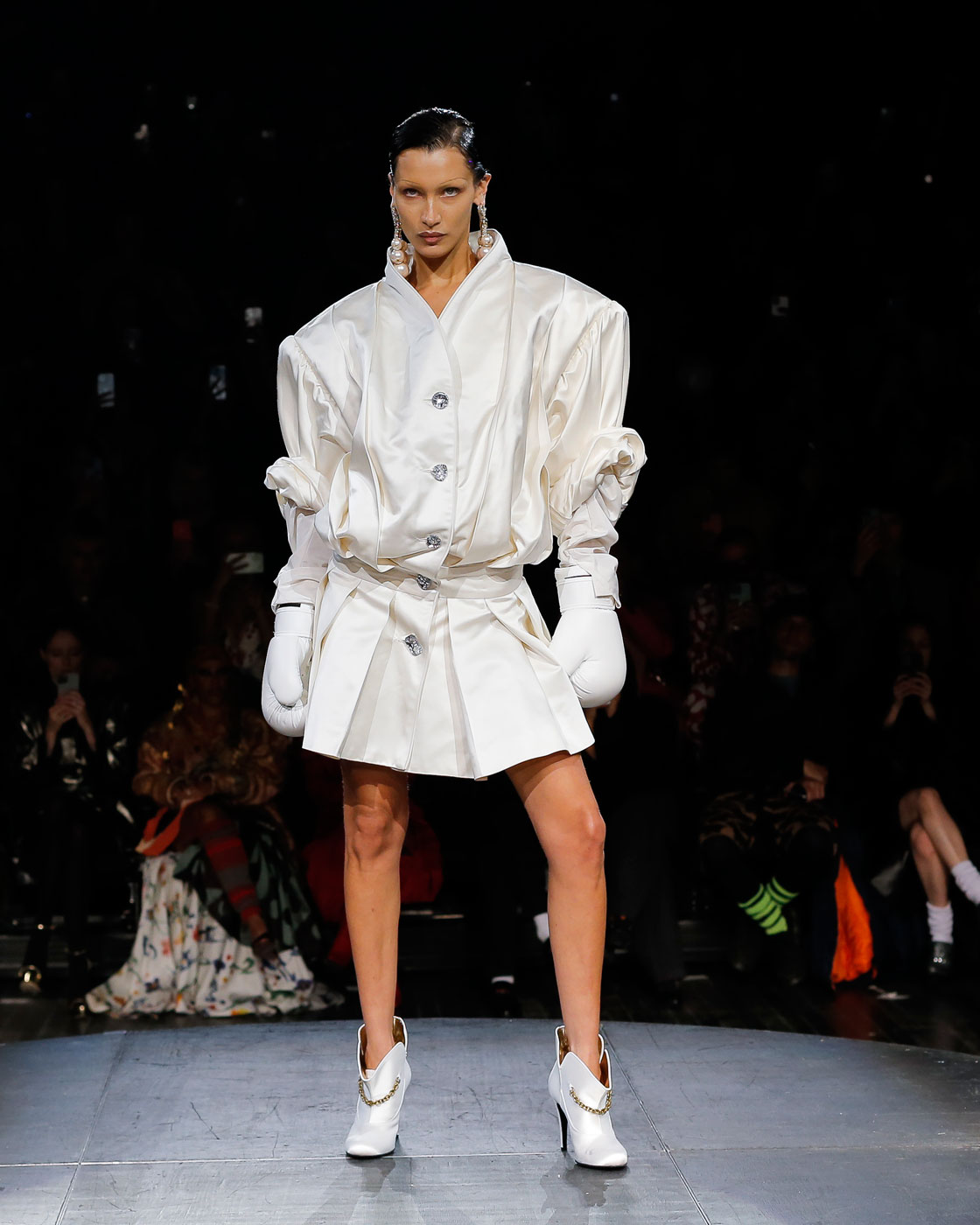