Andreas Kronthaler starts the new year by visualising the Vivienne Westwood SS22 campaign with the streets of Naples as the backdrop.  Documenting the surrounding areas of the Lungomare di Mergellina and the Spanish Quarter, the shoot itself served as a creeping return to (a new) normal for the Westwood team, as they were able to visit friends for the first time since the beginning of the pandemic and watch Vivienne herself receive the Florence Biennale lifetime achievement award as part of the trip. 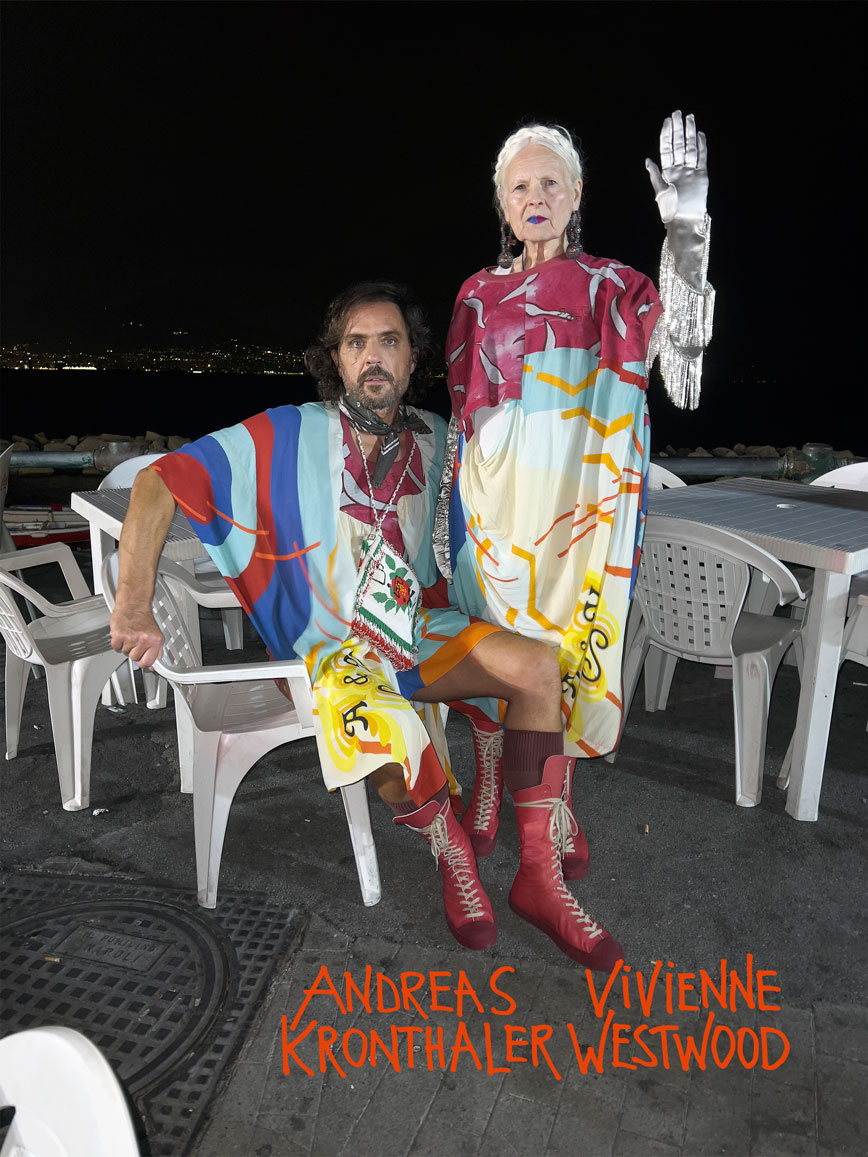 Shot by Juergen Teller, himself a big fan of Naples, the stone grounds, brick walls and cultural elements of the city are used for props and backgrounds to the imagery.  With the aim to capturing their shared love for the environment, the cast steeped themselves in the surroundings and the atmosphere; shooting in hotel rooms, rowboats and on street corners.  These are the most fashionable postcards anyone will ever receive. 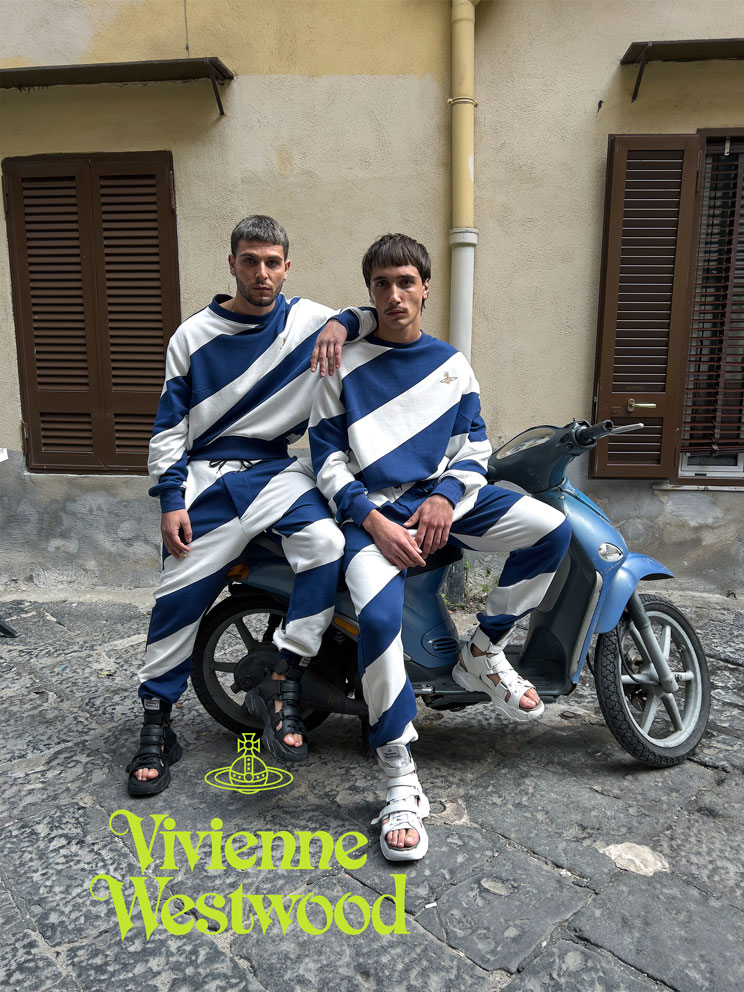 I know how much Juergen loves the city – he has a deep affection and connection to it.  I could visualise this collection there, in the surroundings.  It’s a summer collection so the Mediterranean atmosphere is perfect for it.  We held a casting with the locals – with the people who make the city and give it the vibe Scugnizzi; that’s the mood – Andreas Kronthaler

That mood is perfect for the gender-neutral wear that is the growing future of fashion, and is represented in the story of this campaign. In so doing, the collection itself completely embraces the freedom and individuality of the Naplese cast through whom the story is told.  Higher heels, hip-high boots, and shorts in soft fabrics over patterned tights are just a couple of chapter highlights for men in Westwood’s summer.  With bold striping, contrasting patterns and architectural cuts on display elsewhere, it’s clear – new rules for the warmer months are on the horizon. 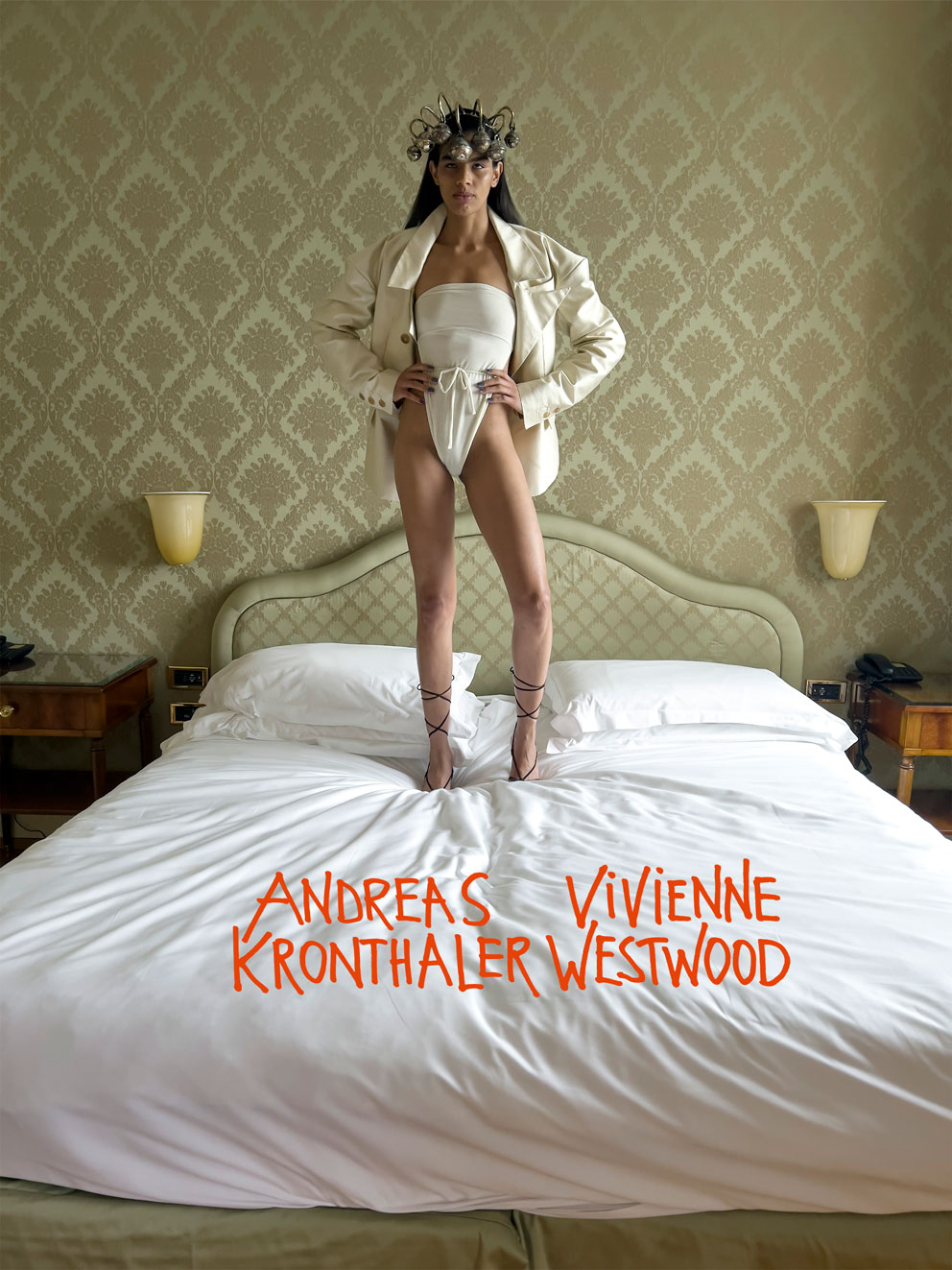 Click here to read our last feature on Vivienne Westwood