In one of the season’s most awaited catwalk shows, Virgil Abloh delivered an eclectic assortment of tailored looks inspired by nature and created garments that described a street-meet-luxe sartorial balance.  The sophisticated and avant-garde silhouettes featured in spring-like colour-ways of blues, pinks, greens and yellow pastel hues, alongside bolder floral prints that headlined in graceful yet elegant layering. 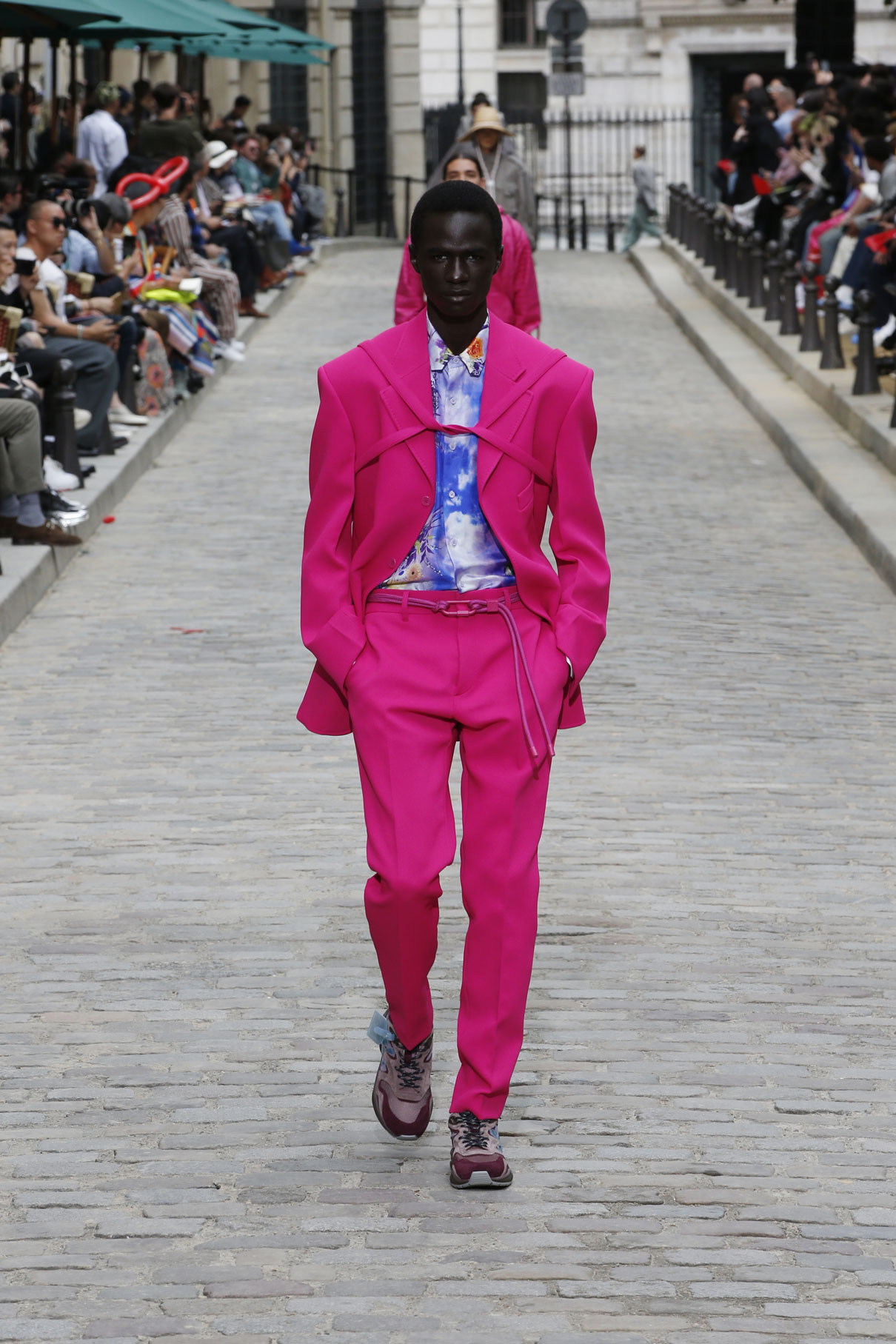 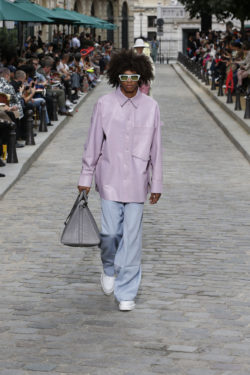 Abloh’s utilitarian soul reverberated pugnaciously around the proceedings too: practically-styled outerwear pieces and blazer jackets featured a world of pf hems and dagger panelling.  Trousers were also an added stylistic whirlwind, boasting multi-pocketed straps alongside pleated pants.  And there was the silk organza trio of a shirt, jacket and shorts which were decked out in a rainbow LV monogram that caused a major moment during the show for all assembled. 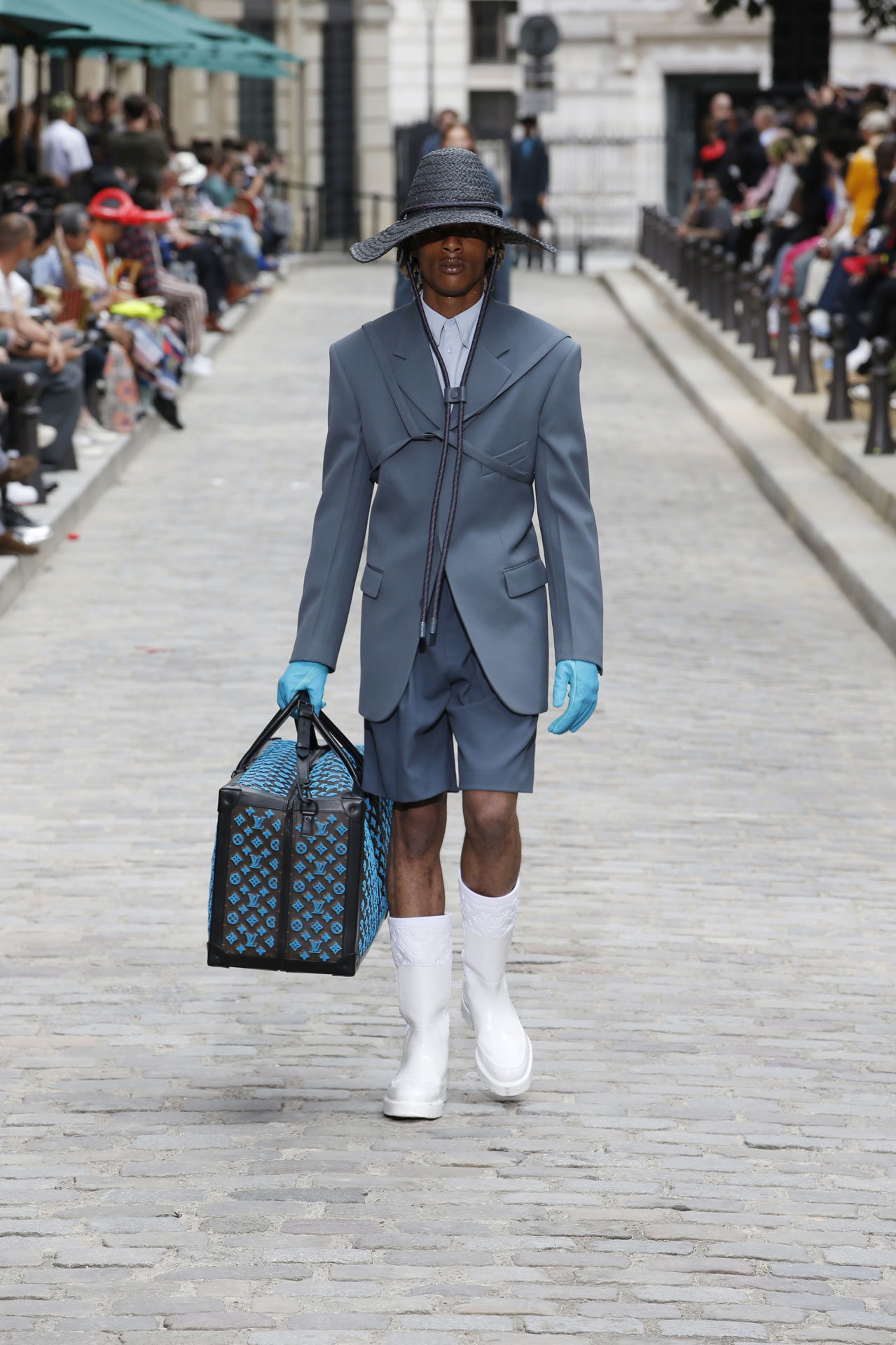 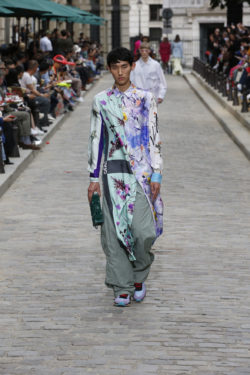 Uplifting the ensembles were leather-goods in pastel hues while, on the other hand, sedate grey tones featured in both rucksacks and crocodile-skin pouches.  Stand-out looks saw models with kites growing out of their bodies, likewise with straw hats, chained belt straps and lots of flowers, accessorised with leather rain-boots and 3-D detailing, which took an imperative stance towards the end of the show.

Even for Paris, the streets have never looked this fashionable before. 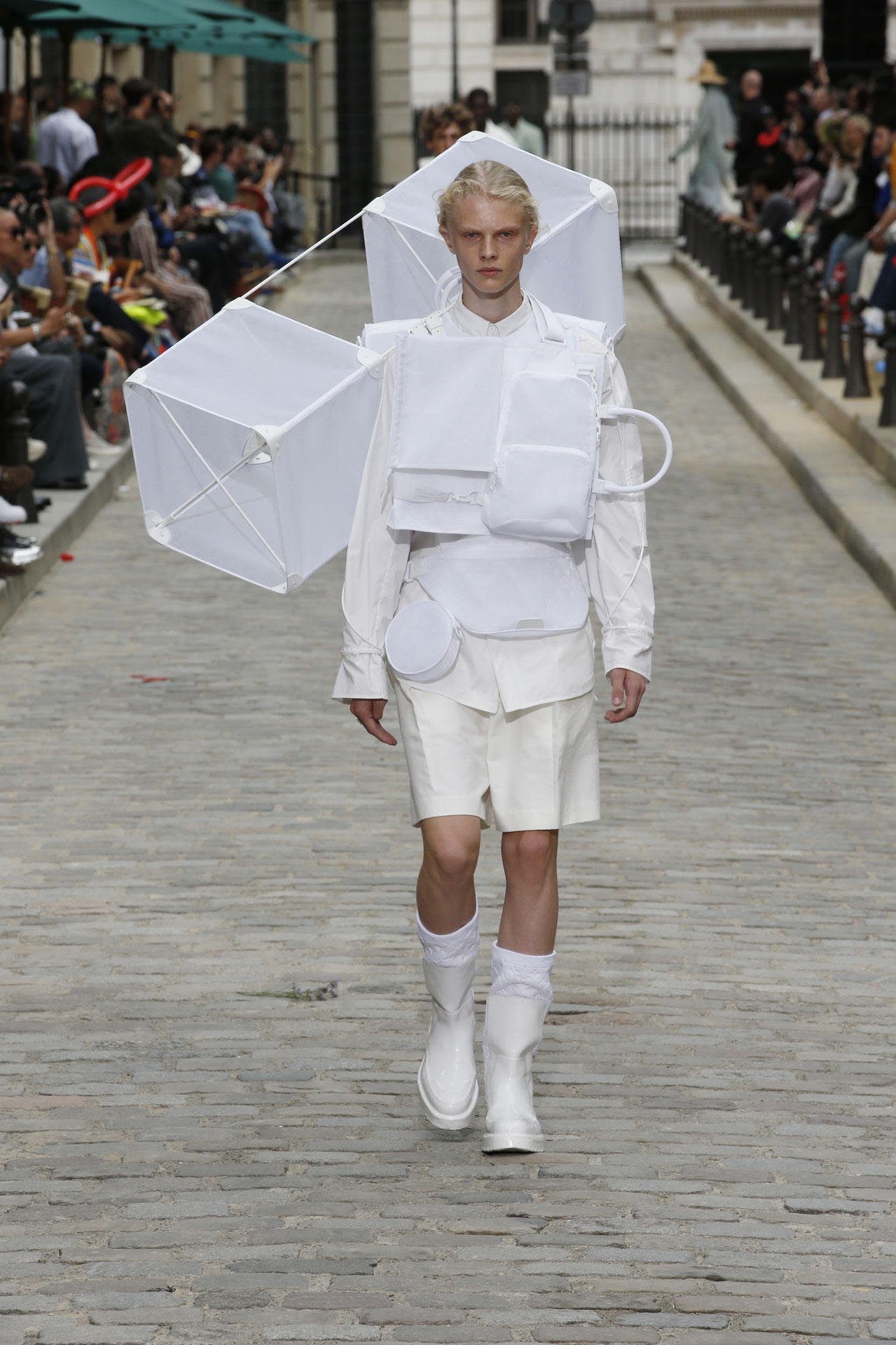 To watch the full show and out more on Virgil Abloh and Louis Vuitton click here.