Jay Z used to say: “From Marcy to Madison Square”.  For him it was a phrase that signified his journey from the low-income housing where he grew up, Marcy Projects in Brooklyn, to reaching the pinnacle in his life at the time and playing sold out shows at Madison Square Garden.  Travis Scott can relate.  Before he made his name in music he was homeless and living on a friend’s couch.  Desperate to pursue his recording dreams, he actually quit college soon after enrolling – a move that proved slightly controversial for his parents and resulted in that couch.  But, like Jay Z, if you’re blessed with that real talent, the creativity and the drive, you just won’t be denied.  Three albums, numerous musical collaborations and a world of awards and nominations later Travis Scott is now flying high.  In fact, his latest album, Astroworld, debuted at number one on the US Billboard charts in August and he’s just been nominated for Best Hip-Hop at the MTV Europe Music Awards on November 4th.

Of course, we could never be sure what Travis’s equivalent to ‘Madison Square’ would be but collaborating with one of the legendary names in the history of fashion must surely be one of the highlights on that reel.  Let’s not forget, Saint Laurent dressed Bianca Jagger for her wedding to Mick in St Tropez back in the seventies.  It’s a brand that has always recognised the most innovative and creative people in music history to collaborate with.  It’s a recognition that goes beyond image and connects to the shared artistry.  And in choosing Travis Scott as their new face of the Spring/Summer 2019 menswear campaign it’s hard not to get excited by the creative possibilities this mix conjures up.  It’s this kind of reading of culture, and not just fashion, that makes Anthony Vaccarello such an inspired move for Saint Laurent.  Then what happens when you add the very British eye of original Face and Arena Homme Plus photographer, David Sims, to top it all off….? 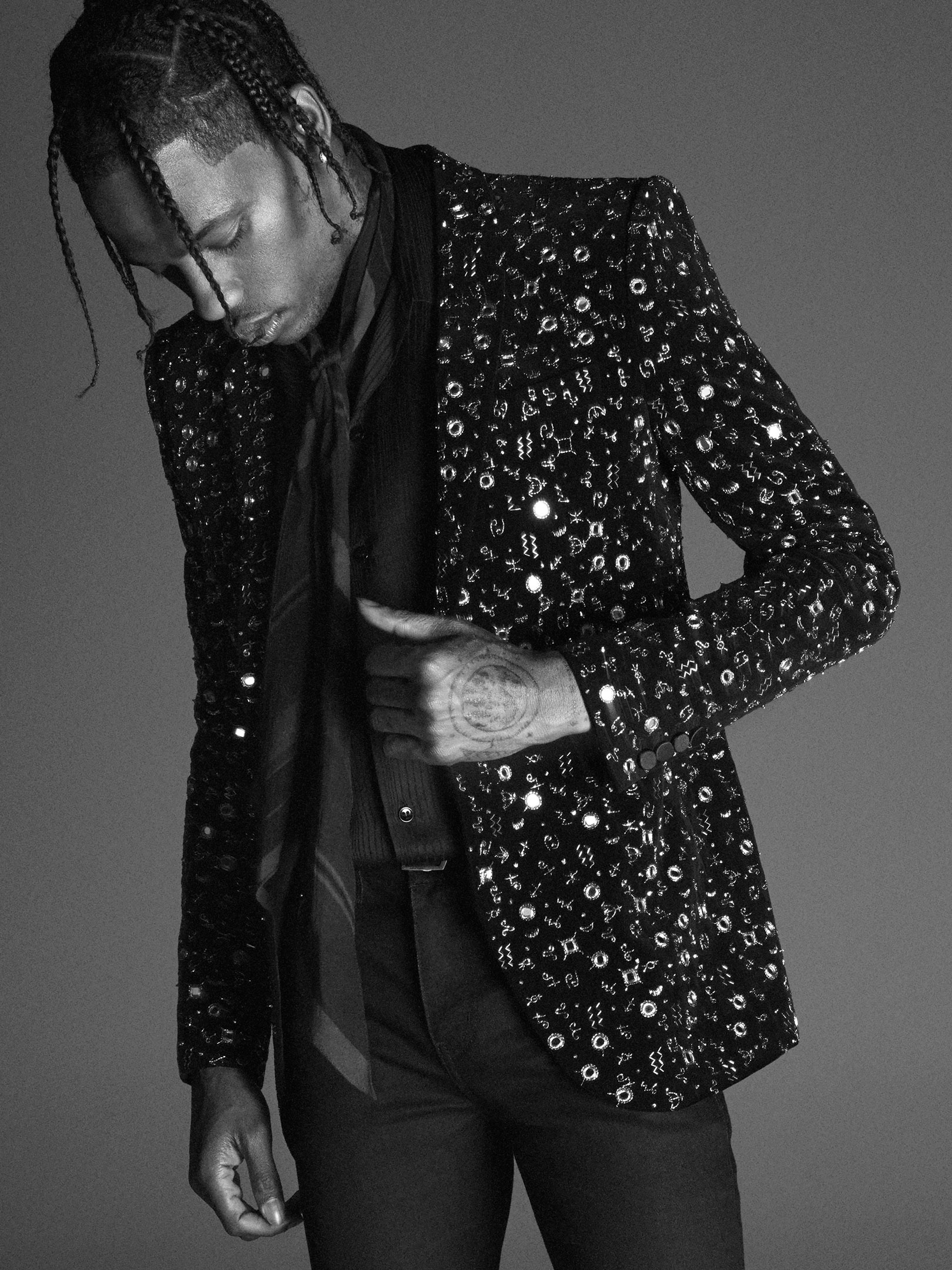 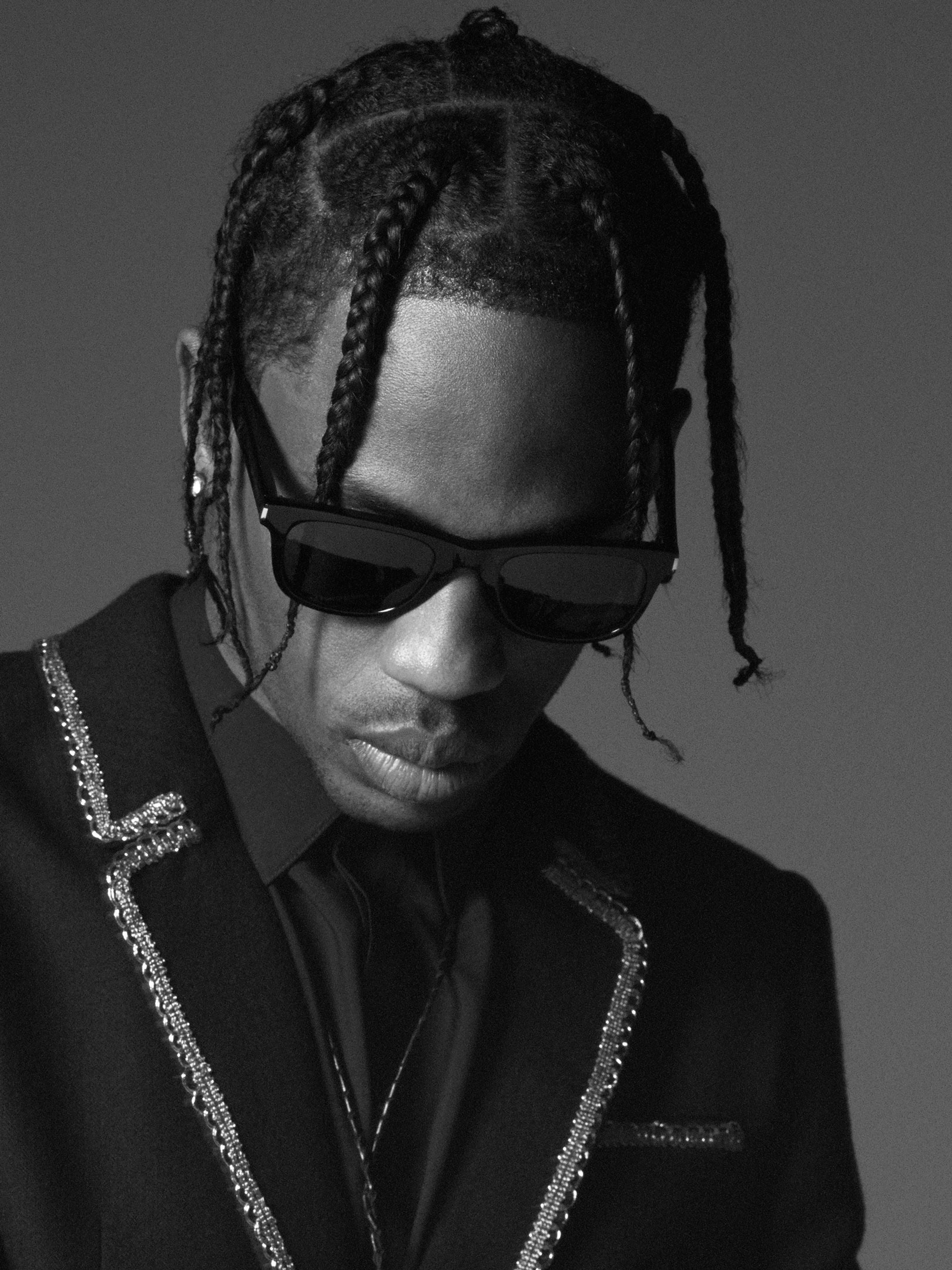 We can’t wait to see what else has been cooking when spring rolls around again next year.

To read our next feature on Saint Laurent click HERE.