Thom Browne – another day in the city

For Thom Browne, precision is key. Overachieving is the aim. It isn’t enough to reinvent the modern menswear silhouette, to dominate the designer tech world, or dress former first lady Michelle Obama – the brand’s creative sights are always set on the next challenge. 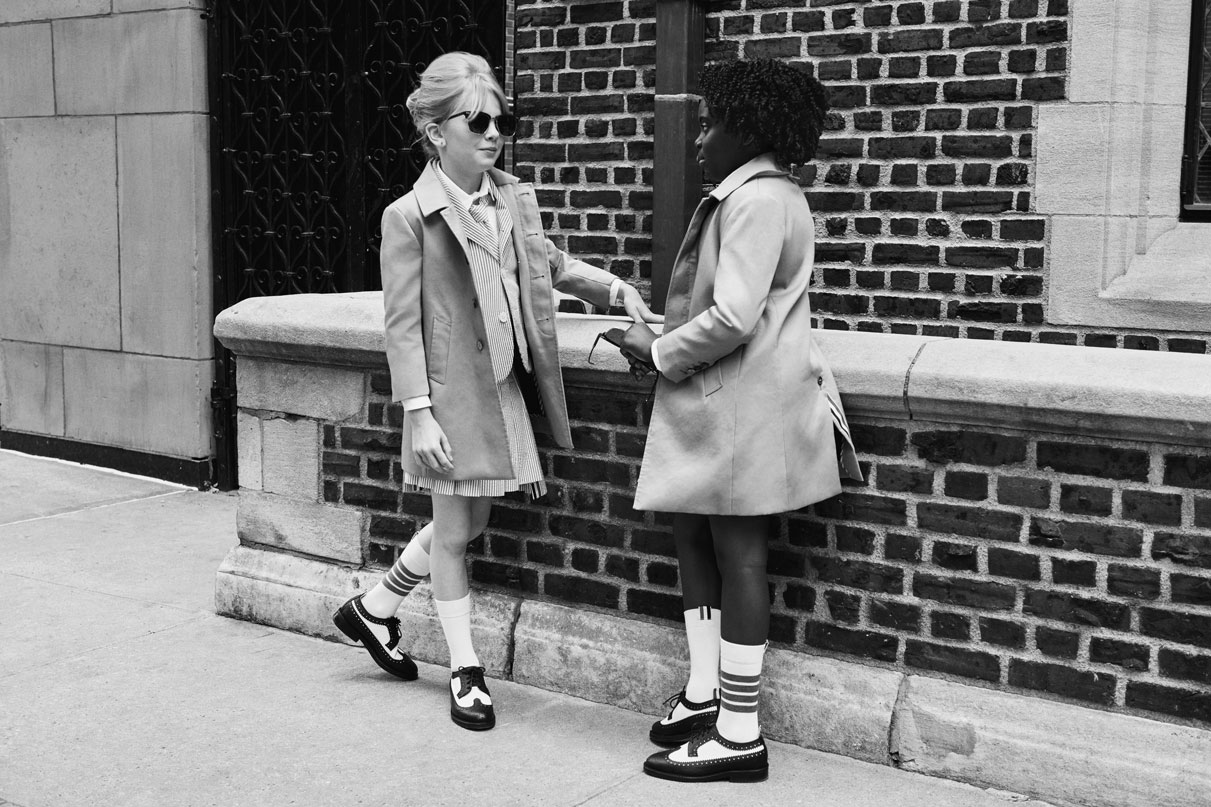 With the formal focus of Thom Browne, childrenswear wouldn’t be the assumed ‘next step’ for the New York based designer. Yet as Business of Fashion reports, “more fashionable retailers and brands are piling into the $145 billion childrenswear market as a generation of founders and their fans age into parenthood.” More brands might be getting involved, but it takes an impressive artistic vision to seamlessly rework iconic brand staples like the Thom Browne seersucker suit for preteens and children not yet old enough to start school. And for the CCO and company namesake, he always thinks holistically. So, it’s fitting that the first ever children’s capsule collection debuting from Thom Browne is a complete and fully realised artwork: ‘… another day in the city…’. 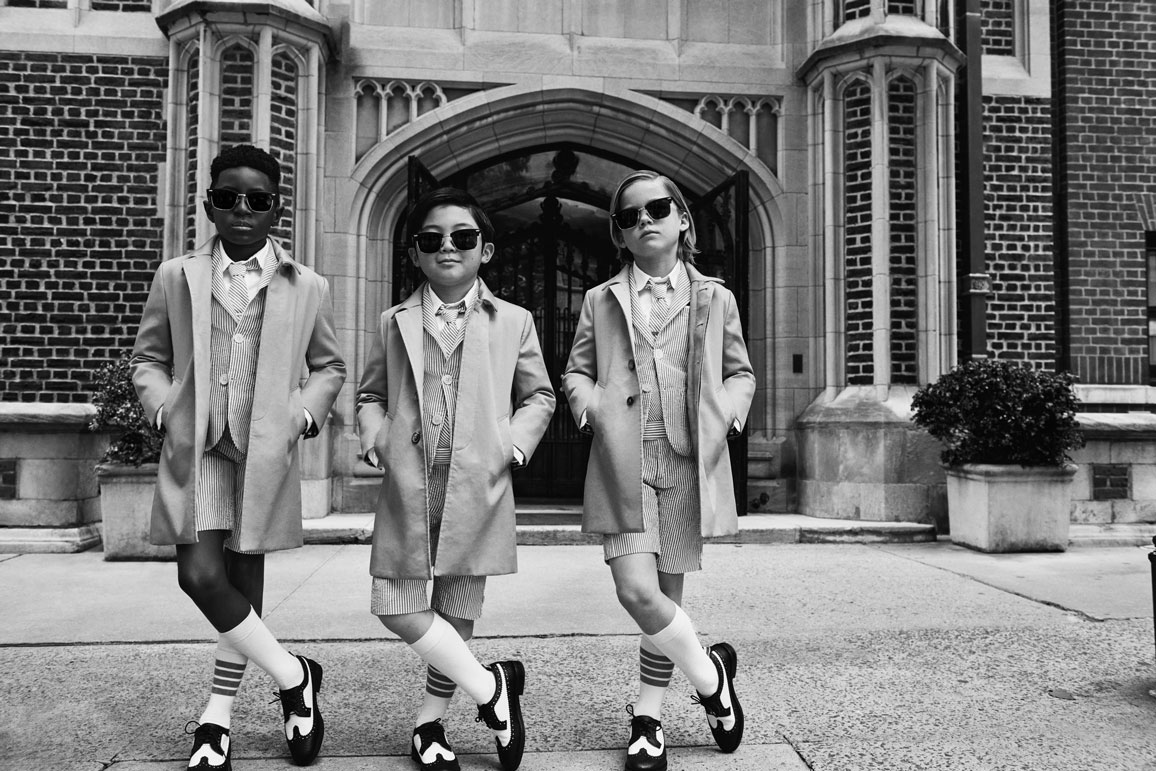 The campaign approaches like a dream, emphasised by director and photographer Cass Bird’s decision to film in silver toned sepia. As the press release states, “today, the adults are children… the children are adults”. We are presented with an alternative reality, beautiful yet unsettling. Smartly dressed children leading adults in matching formal attire to the brownstone New York prep school. It’s a scene that recalls Tom Ford’s A Single Man as if it occurred alongside Honey I Shrunk the Kids. Horned-rimmed glasses are paired with patent leather bags and brogues as Thom Browne’s classic mid-20th century styles are matched and recast with ease across men, women, and children. 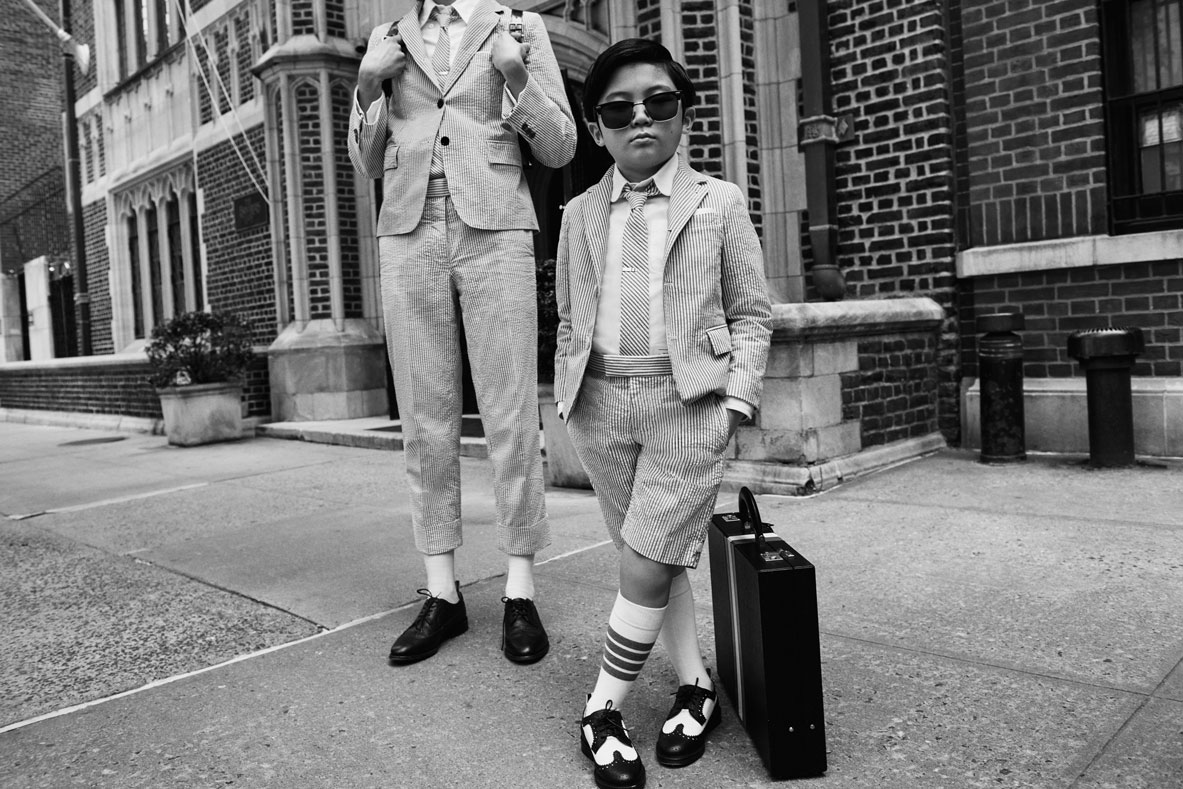 But it’s the kids that steal the show; acting as the leaders and breadwinners of the scene, affecting every movement and stitch of clothing. Led instinctively by Alan Kim, the young star of A24’s Sundance hit Minari, the children defy expectations of what it means to be young – all while drinking milk through a candy stripe straw. Alan Kim “embodies the charm of seersucker, playing a grown-up”, states the brand. The young cast challenges the adults in their care; presenting as the more mature energy but equally as mystifying and timeless. 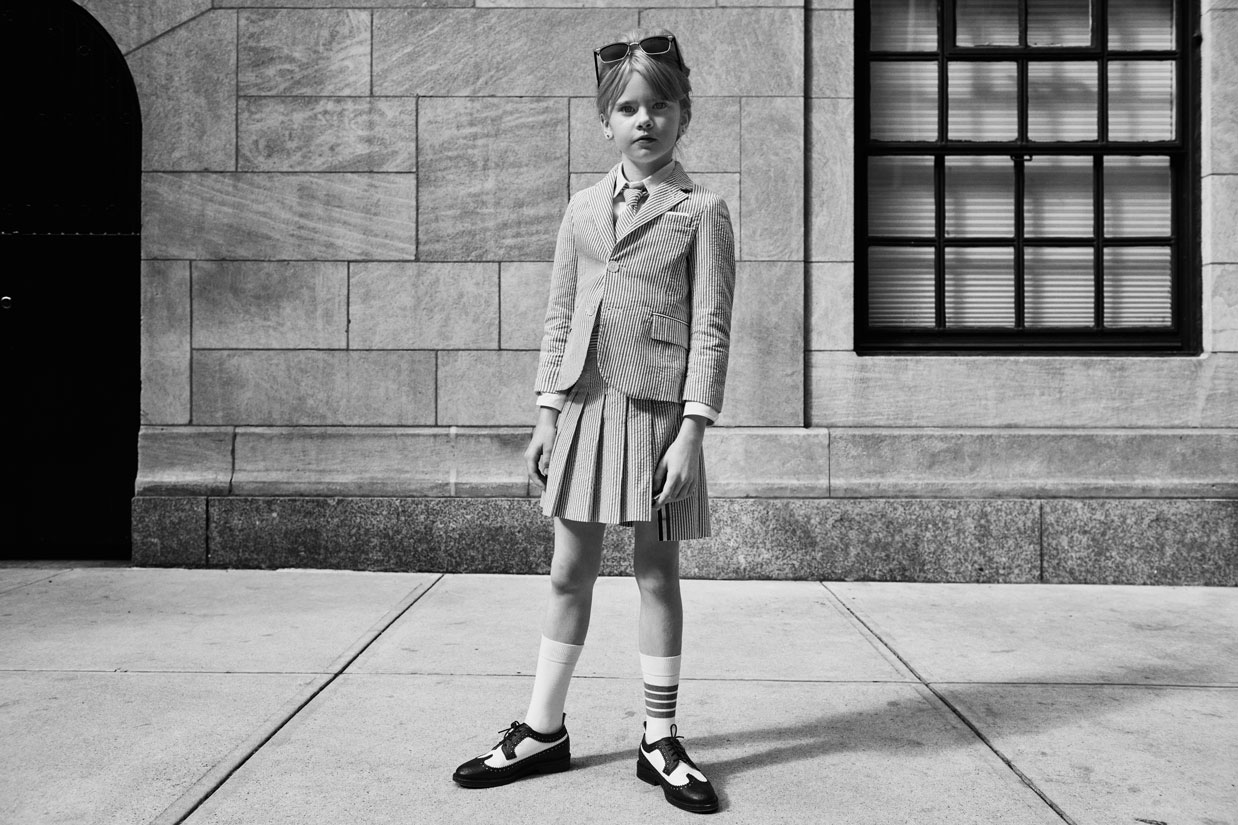 For Thom Browne himself reinventing the past is always the challenge at play. The forms may be reimaginings of the shrunken ‘50s slimline style, but most importantly for Browne and his brand it must be “relevant for today.” With ‘…another day in the city…’, Browne and his team invert the social hierarchy of age and experience by curating an avant garde formal line for children. Through these miniaturised styles, there exists the same attention to construction as the tailoring we have expected from Thom Browne since 2001.