Pepsi, according to Forbes in 2018, is one of America’s top 30 largest companies and one of the top 70 most innovative companies in the world.  And, as most people around the world will tell you, Pepsi is also one of the most recognisable brand names of all time.  If you’re an innovative fashion company you could do a lot worse than collaborating with one of the Earth’s truly iconic legacy brands for this summer.  Luxury fashion brands and consumer beverages don’t exactly make for easy bedfellows though.  There wouldn’t seem to be a lot of cross-over for carbonated drinks and and apparel.  However, that’s where the history and heritage of PepsiCo takes over to change the dynamic. 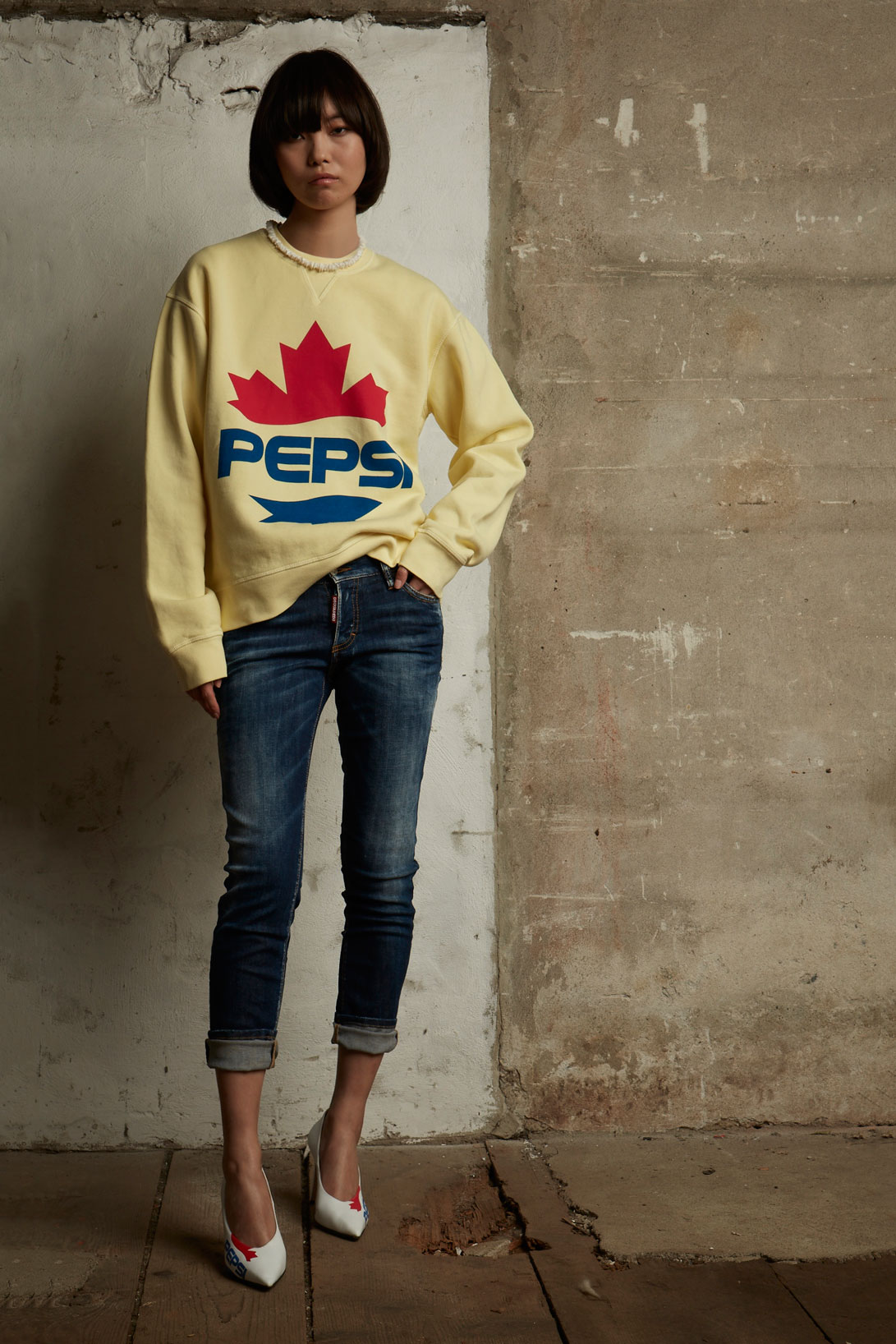 PepsiCo was founded over 120 years ago in 1898.  That means for any forward thinking fashion brand almost a century PepsiCo’s junior, there’s a whole world of development, creativity and marketing artwork to delve into from its heritage to be able to create something that not only pays particular homage to the past but also excites and inspires for a future generation. 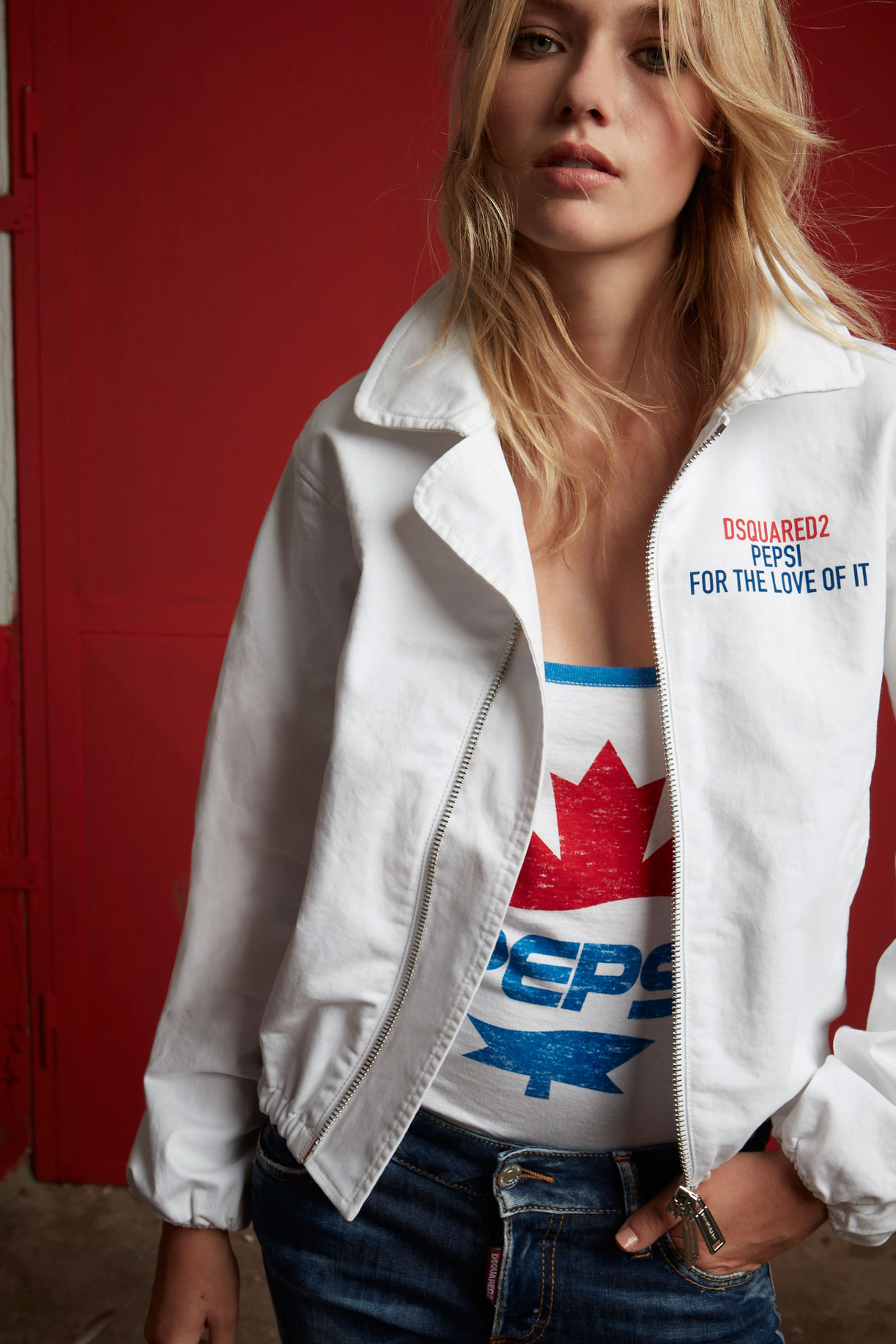 Dean and Dan Caten, the identical twin creators of the DSQUARED2 brand, opted to mine the high-energy, Back to the Future vibe of the 1980s and 90s to revisit the ‘street-sport cool and vibrant colour palette’ of Pepsi’s bold advertising choices of the time.  So, the 43 specially designed items (to go on sale worldwide this summer) all feature the Pepsi MAX logo on sweats, tees, jackets, etc, in a colour combination and graphics style that will look very familiar to the Millennials and older among us.  Each piece is also DSQUARED2 branded for the capsule collection and incorporates a unique slogan to crown it all: For The Love Of It.  For both brands this is a unique collaboration that only has upsides all around.  Pepsi can now say their brand name and advertising artwork has officially become a part of fashion, which only helps to market the brand even further.   For DSQUARED2 they are now officially attached to one of the oldest and most powerful marketing operations on the face of the Earth.  In most people’s eyes that would be regarded as a clear win/win scenario.  This summer it looks like another of Pepsi’s recent advertising slogans will take on new meaning thanks to DSQUARED2: Summer Time Is Pepsi Time. 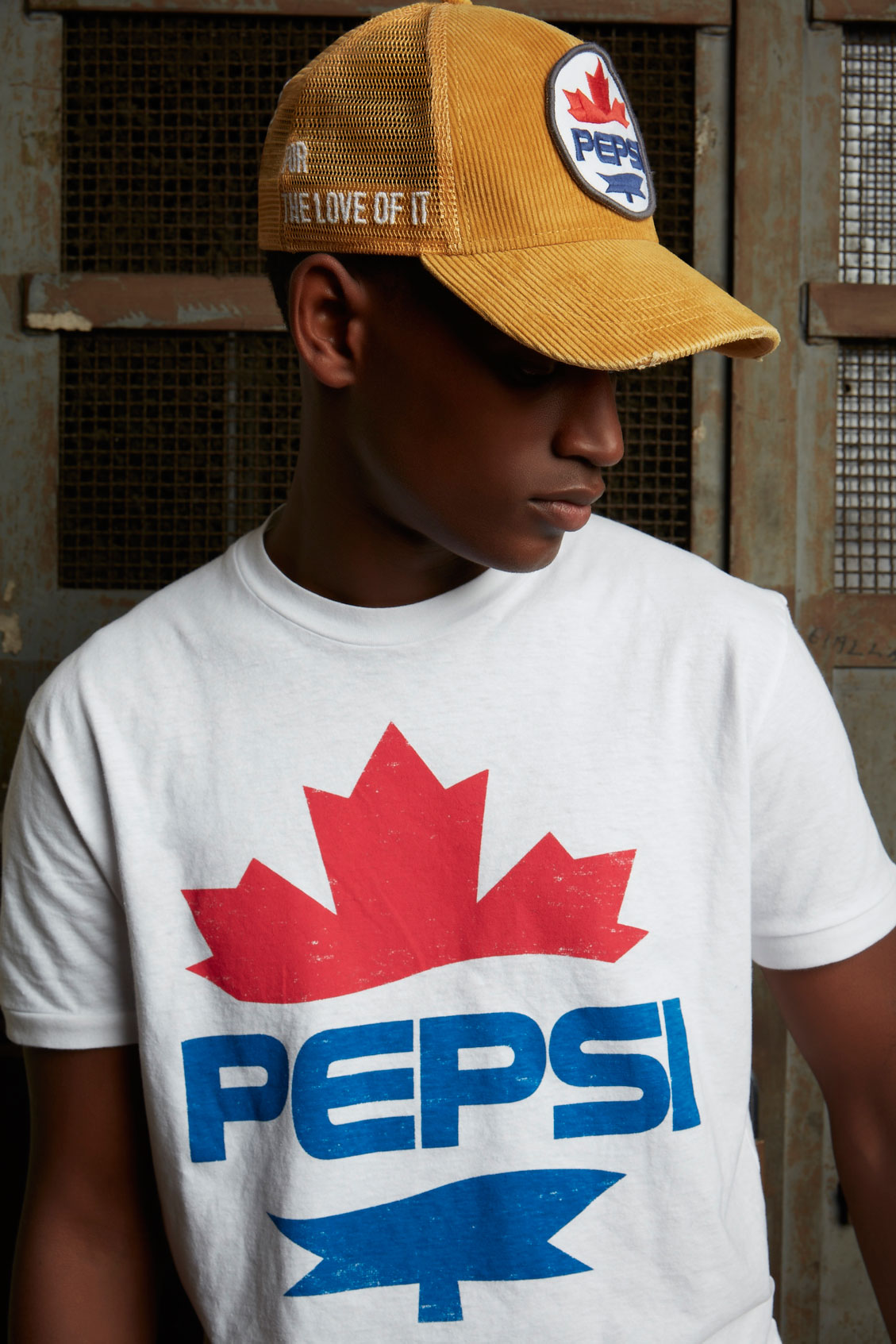