The Life of Simon 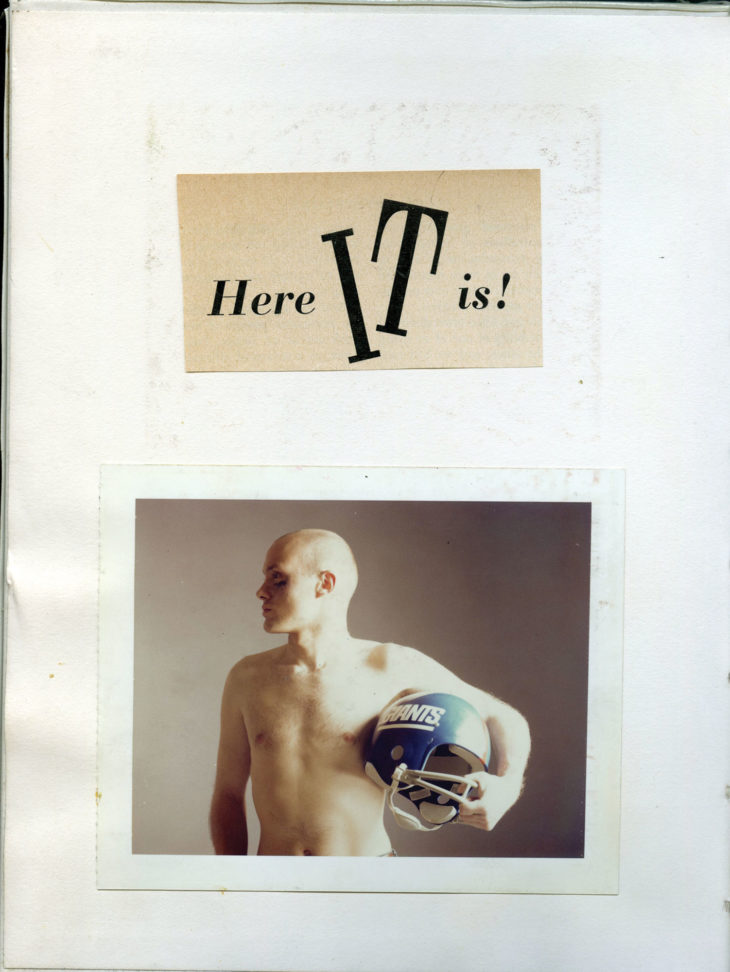 Words by James Anderson | All images courtesy of Simon Foxton

The word “legendary” is bandied about with abandon in the fashion industry, often accorded to those who little deserve such an accolade. In the case of London-based menswear super-stylist Simon Foxton, however, such hyperbolic terminology feels justified. After all, Foxton’s combined body of editorial, commercial and academic work spans, seemingly effortlessly, four decades. Despite the myriad of trends and fashion “moments” that have brewed up then fizzled out during that timeframe, his authentic viewpoint endures.

Foxton was one of the pioneers of street casting, long before it was commonplace industry practice. Notably, from the outset of his career in the early half of the 1980s, he has championed the beauty of the urban black and biracial male; the kinds of slightly unconventional but proud blokes and everyday lads next door, seen out and about in London, who look great anyway. Through the colourful and forthright sartorial stories concocted by Foxton and his team, young men of all ethnicities would duly become bona fide models, looking even prouder, even greater; elegant, sexy, mischievous, strong, modern, real and, sometimes, hyper-real. (As his work gradually progressed, he would incorporate professional models in the mix, too).

Foxton radically merged sportswear with high fashion, classic tailoring, streetwear and fetishwear, way back when – strange as it might now seem – such territories rarely converged. The results presented a bold, new way of defining and celebrating masculinity, sexuality and men’s style. 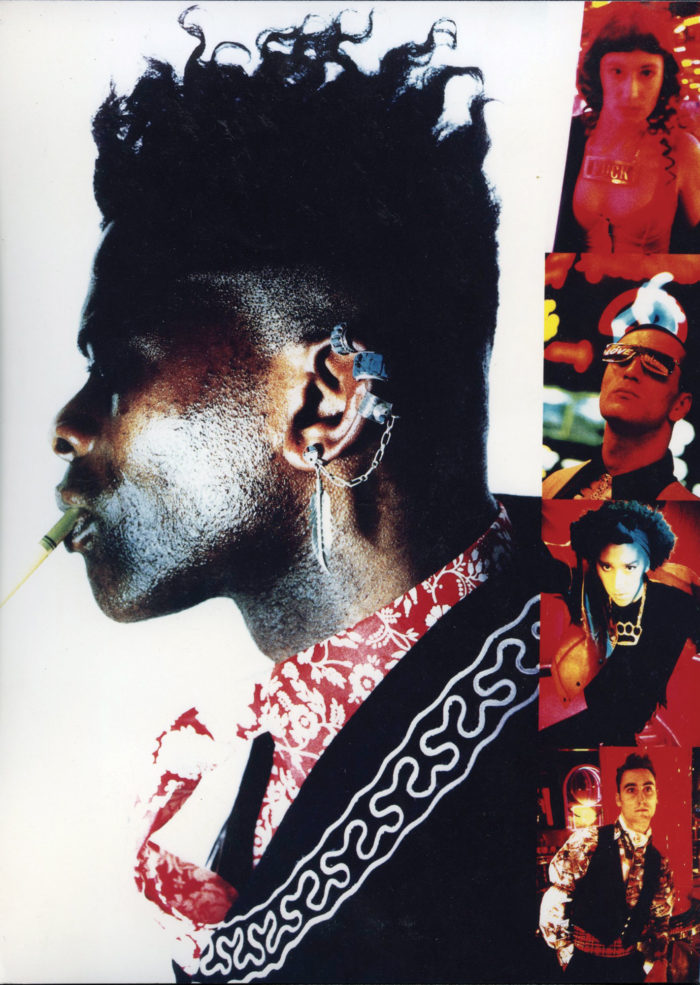 “I think they imagine I am going to be somehow crazy or fabulous. I don’t do fabulous” 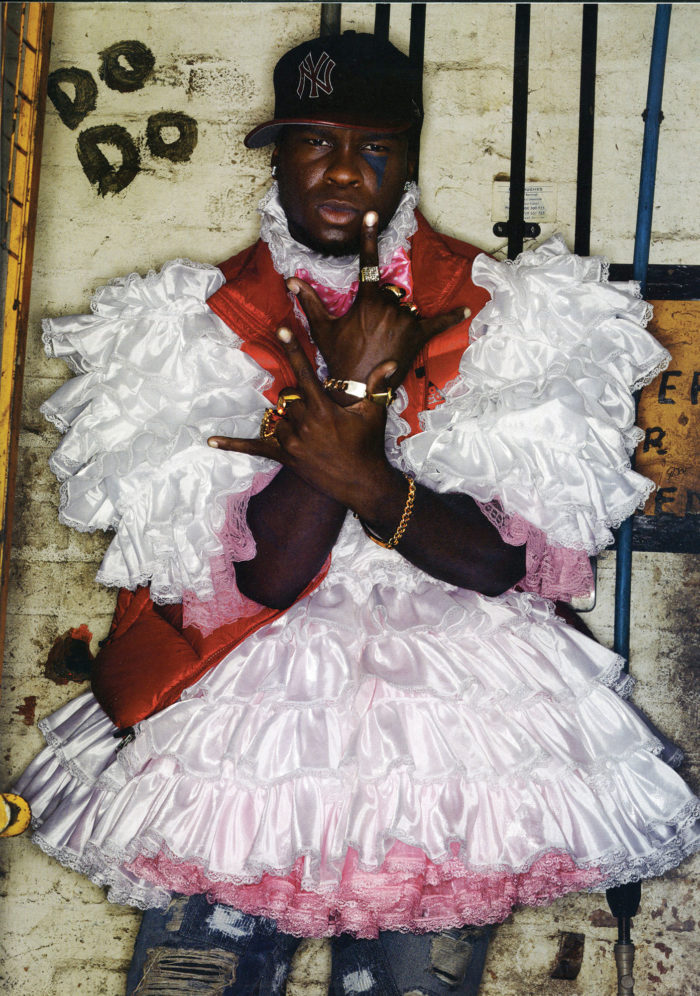 His groundbreaking work has been regularly splashed across influential style and culture titles such as i-D, The Face, L’Uomo Vogue, Vogue Hommes International, Arena, Arena Homme+, GQ Style, Fantastic Man, Man About Town, SHOWstudio and VMan, among many others. His more behind-the-scenes roles as a consultant and art director (formalised via the creative partnership, &SON, which he co-runs with Nick Griffiths) have, since the ’90s, contributed to the ongoing success of brands including Levi’s, Nike and, in particular, Stone Island. Successive generations of MA menswear design students at London’s Royal College of Art and Westminster University have benefited from his mentoring, in his capacity as a visiting professor and tutor. Both the V&A museum and Tate Modern gallery retain examples of his work within their permanent collections.

So, what is Simon Foxton actually like? Given his legendary status, the uninitiated might envisage some ageing-diva caricature: hissing instructions to a bevy of quaking assistants; rocking up at fashion parties outlandishly clad in look-at-me attire; concluding conversations with “Fierce!” as an expression of approval. An ego as sky high as a towering pile of magazines in which his editorials have long-since starred? 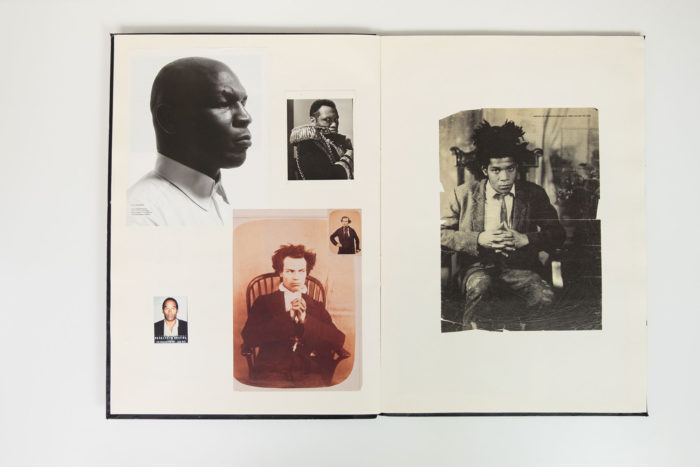 “I can’t imagine anyone less legendary!” laughs Foxton. “I’m the most boring man alive, but I quite revel in that.” We are seated on comfy armchairs within his small and orderly workspace in Bloomsbury, at the edge of London’s West End. With his shaved head, clear skin and twinkly eyes, and sporting a navy Uniqlo button-down shirt, M&S beige chinos and Red Wing boots, the 56-year-old stylist could easily be mistaken for a youthful-looking architect or a graphic designer. Warming to the theme, he continues: “I live in the suburbs, I have an allotment, I never go out. Maybe that’s what it is. My reclusiveness affords me an air of mystery. I’m aware that when people actually meet me there’s often a sense of disappointment. I think they imagine I am going to be somehow crazy or fabulous. I don’t do fabulous.” 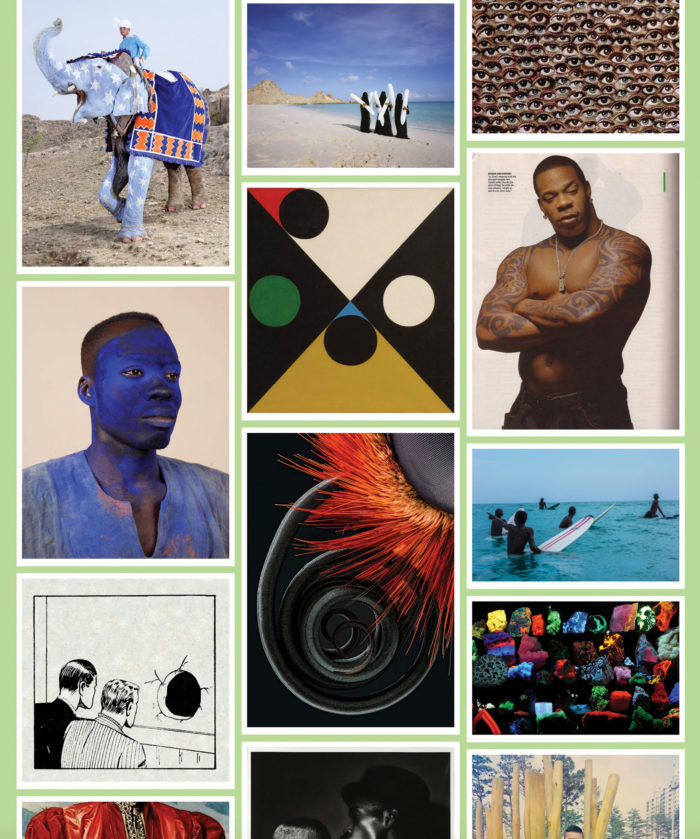 “Advertising agencies were a lot slower to shake off that culture of innate racism. It was rarely verbalised, but you were made very aware of it in their casting decisions” 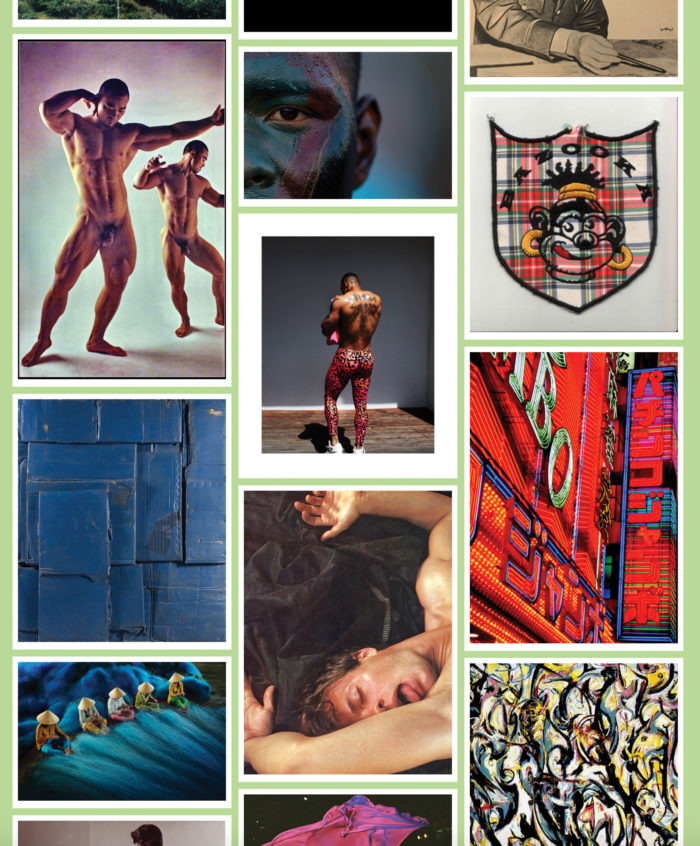 Those who know Foxton can confirm his polite and modest qualities, as well as his wry, often self-deprecating sense of humour. The consensus? He’s so refreshingly “normal” it seems almost eccentric. His pastimes and enthusiasms certainly exist far away from fashion runways, instead found amid life’s more grounded pleasures and achievements. He lives with his partner of 35 years, Donald, a tailor, in a 1930s semi-detached house in leafy Ealing, west London. He grows vegetables on the aforementioned allotment, loves hanging out and working in the purpose-built shed in his garden – filled with artfully mixed bric-a-brac, purchased at his regular weekend forays to car-boot sales. One of his favourite not-very-rock-’n’-roll activities involves driving to the local municipal rubbish tip to methodically dispose of refuse and recyclables.

Originally hailing from Berwick-upon-Tweed, Foxton was a punk in his teens. “I loved the DIY spirit of punk,” he remembers. “I liked The Clash, especially the spray-painted slogan clothes they wore. I also liked a band from Scotland called The Rezillos, who had this sort of cartoony, kitsch feel about them.” He moved to London at the end of the 1970s to undertake a foundation course, and then a fashion degree, at Central Saint Martins. He graduated in the early-’80s, thereafter launching a fashion label named Bazooka, which briefly enjoyed cult credibility when featured in then-burgeoning style magazines such as i-D, The Face and Blitz. Alas, the favourable publicity did not translate to meaningful commercial success. Towards the mid-’80s, with the encouragement of i-D founder Terry Jones, Foxton began styling shoots for the magazine, working with the photographer Nick Knight. He enjoyed this creative process, more so than actually designing, and the twosome have since regularly collaborated. 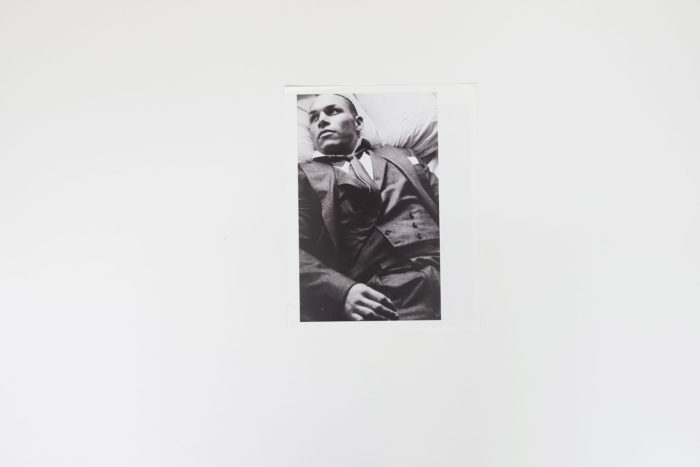 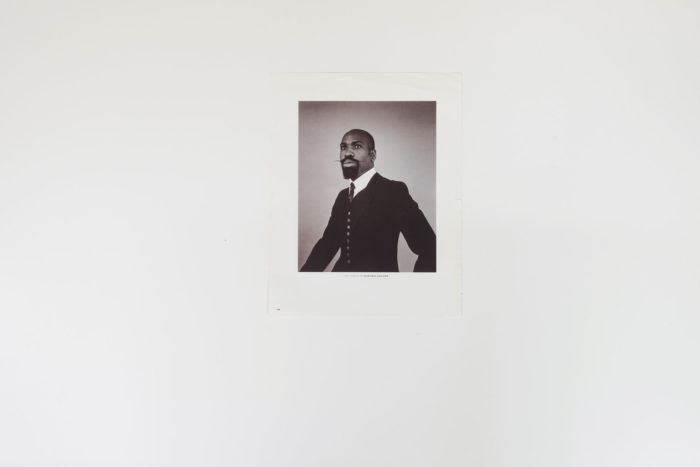 The contrast between the unabashed vividness of his aesthetic and his low-key lifestyle therefore makes it possible to view his back catalogue on its own merits, little distracted by the all that other clutter – the social-media presence, the endless self-promotion – increasingly seen by many as integral to industry success. Arguably, the strength and purity of Foxton’s overarching vision first became fully apparent when, in 2009, The Photographers’ Gallery in London honoured him with a solo exhibition titled When You’re a Boy, curated by Penny Martin, editor-in-chief of The Gentlewoman. Older and newer work Foxton had produced with photographers including Knight, Jason Evans and Alasdair McLellan adorned the walls. It was one of the gallery’s most well-attended shows ever.

Today, the power of his process becomes apparent once more, as we pore over some of Foxton’s archive – a myriad of images torn from magazines, spread casually across the floor. It looks consistent and contemporary, even though much of it was created and published before the new generation of Instagram-savvy stylists was even born. Then there is the homoeroticism and the sexiness, whether intentional or not. “It’s not usually the intention,” insists Foxton. “But when it happens it’s often a surprise and a bonus. Sexy images are memorable and popular. I like sexy images, and rude ones, too. Just look at my Tumblr!” 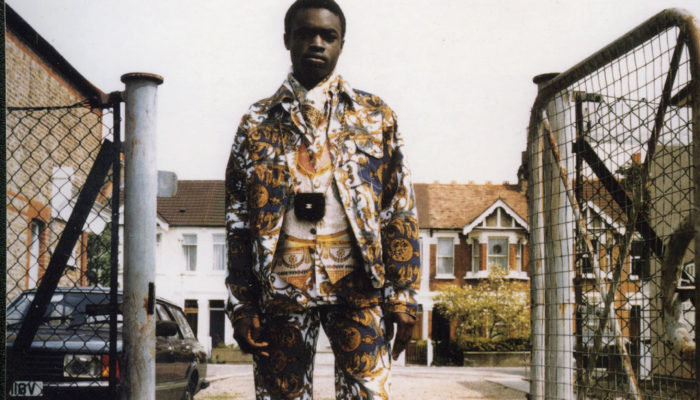 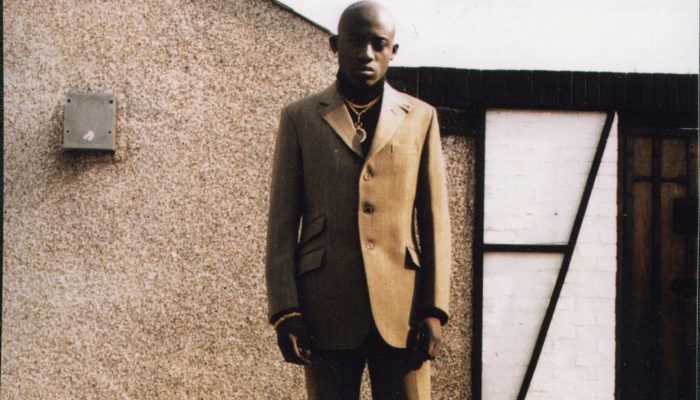 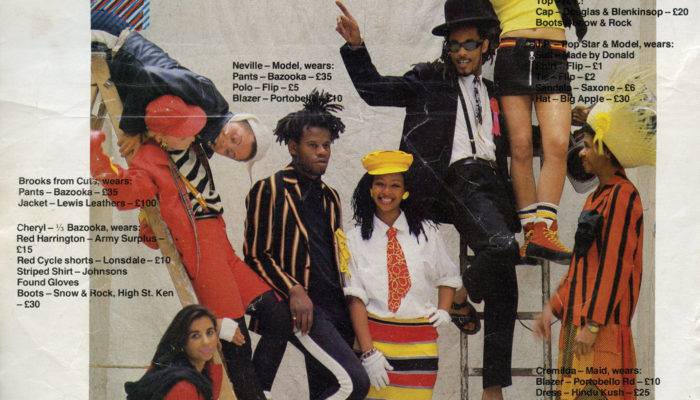 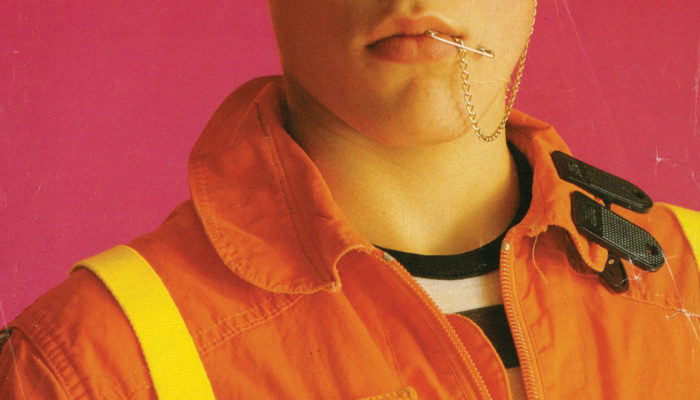 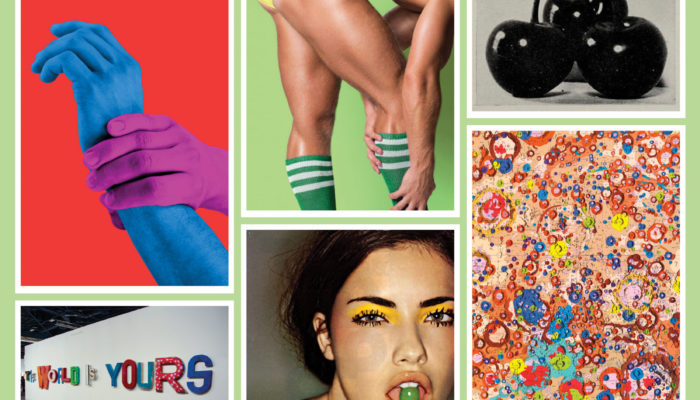 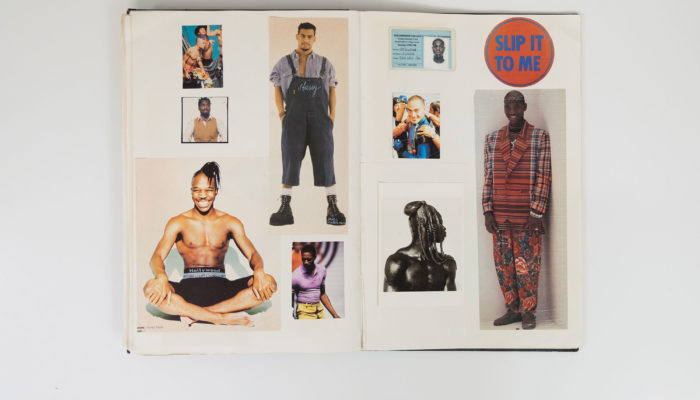 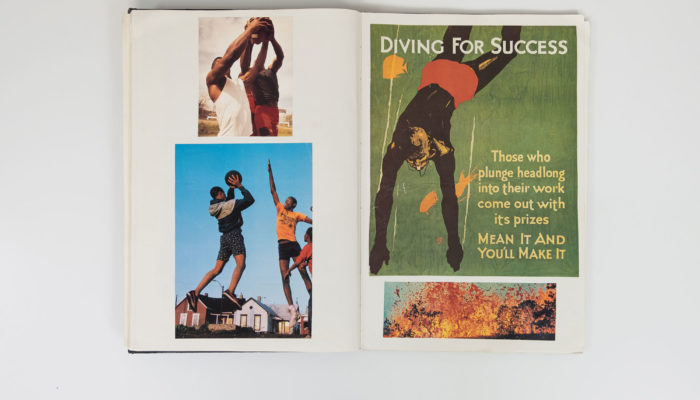