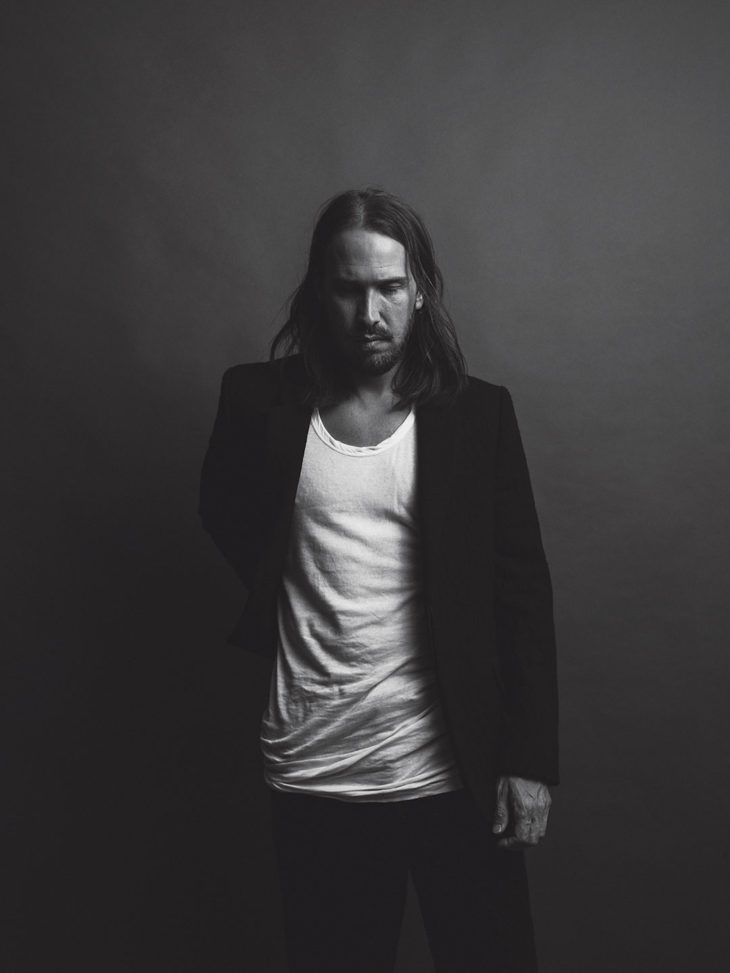 There are regular calls for a shake-up in the fashion industry. Stefan Siegel is the man who has been putting his words into action with an online platform that is doing it from the ground up.

There are many platforms that nurture new fashion talent today, from London’s Fashion East to companies such as Wolf & Badger, but none are as prolific as Not Just a Label (NJAL). Set up by Stefan Siegel in 2008 as a way to help emerging designers connect with each other and promote themselves on a global scale, it is now a network of more than 20,000 designers from 150 countries and has helped launch talents such as Mary Katrantzou, Damir Doma and Rad Hourani, all fixtures on the international fashion calendar now. In the years since its inception, its reach has grown from collaborating with schools and international corporations, ranging from AEG to H&M, to initiating awards to help designers get their feet through the door. The primary aim is to change what it means to be “emerging” and a “designer” in today’s fashion system from the outside in.

When Siegel and I meet it’s an unusually sunny day by London standards. He arrives with a rottweiler he’s fostered from Battersea Dogs Home, something he started doing two years ago. As we sit in a stairwell outside the studio where his picture will later be taken, he tells me he’s fostered 14 dogs so far. “I work with problem dogs, so they are all quite large. The home gives them a second chance.”

Siegel’s interest in fashion stems from his upbringing. He grew up in South Tyrol, in northern Italy. “It’s a region that is responsible for about 40% of all luxury accessories and fashion production,” he says, “so by growing up there, you have a sort of affinity for fashion. It surrounds you.” His first proper contact with the industry, however, was as a model when he moved to Vienna to study for his MA in international business administration and economics. He worked in a menswear boutique, where he was scouted to appear in a music video for the German electro band Enigma.

“At the shoot I think I was the lowest paid because I didn’t have an agency. The following Monday I walked into an agency that had been recommended to me and I started modelling.” He modelled for three and a half years, walking the runways of Calvin Klein, Gucci and Prada, using his earnings to pay off all of his university debts before moving into investment banking. “It was a good way to see another aspect of fashion,” he says. “During my studies I did so many other creative jobs, modelling, working in retail, organising events, DJ-ing, and I got to the point where I’d finished my master’s and felt like I was just waiting around for people to pay me – the usual downside of creative jobs and being freelance. I was kind of sick of it. So I went to Zurich first, then New York, then London and I did three years of investment banking. The bank I was working for had a fashion department, so we worked with clients like the Kering group.”

His decision to jump ship and launch NJAL was a natural consequence – “I was tired of that job. I’m someone who can give things up quite easily. It was a great opportunity to say, ‘OK, back to the old days. Let’s see if we can kick things off that have never been done before and hopefully create something that helps people'”.

“In the bank where I worked, we were trying to identify new investment targets for large conglomerates. I realised there was no transparent platform where you could find these talents – you can go to the CFDA [Council of Fashion Designers of America], but they only really tell you about the ones they like. I knew from my background that any business has to be started with a tool that helps people. So I spoke to Central Saint Martins and the Royal Academy of Fine Arts Antwerp and asked if they had a network where we could follow their students, but they said no. Back then, my brother was 18 and had coding skills, so I said to him, ‘Why don’t we set up a platform where you can follow emerging designers? That way we can better see who’s going to be successful and potentially help make them successful.’ That was the whole plan.”

The launch of NJAL, in April 2008, was timed to coincide with the design-school graduate shows, but things did not run as smoothly as expected. It took almost nine months to get fully functioning compared with the three they had estimated before they began. “We did this big guerrilla campaign of little plastic toy soldiers with a tag attached and started covering the floors of the universities with them. By the time we launched, we’d also run out of money, so there was no money for marketing. And that, in hindsight, was a gift, because in some ways we were automatically presented with, like, a student project.” It put NJAL on a similar footing as the designers Siegel was wanting to promote. “We were fighting to be seen and make it and also trying to pay our rent. That gave the whole business more credibility,” he says. “Saint Martins and the Royal Academy of Antwerp emailed all of their alumni and said, ‘This is a great thing, just sign up.’ We had about 500 people in the first three months and went from there.”

There are many who would therefore describe NJAL as an incubator of talent, but Siegel himself prefers a different description. “The platform is not designed to incubate per se,” he says. “We don’t move them into a space or get them under contract. It’s more that they join us and we accelerate them, because once they’re too big for us they should actually leave the platform. About 200 new designers come to our platform every month, everyone is welcome. But then there are different tiers. We have curated sections to divide the designers into. We also have something called online scouting, which works well for finding people in far-off countries, as well as a team that travels around the world, attending small fashion weeks and trying to find new talent.” 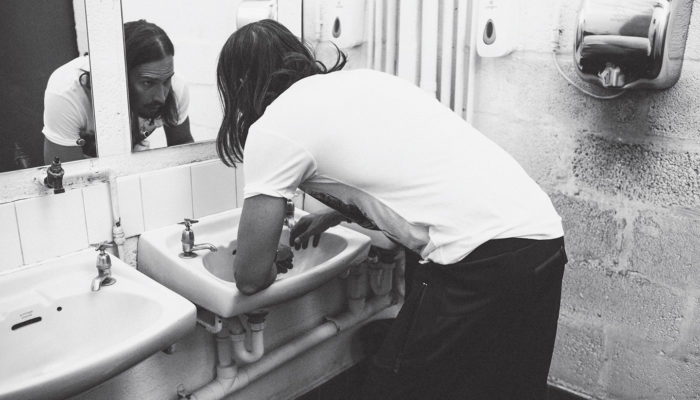 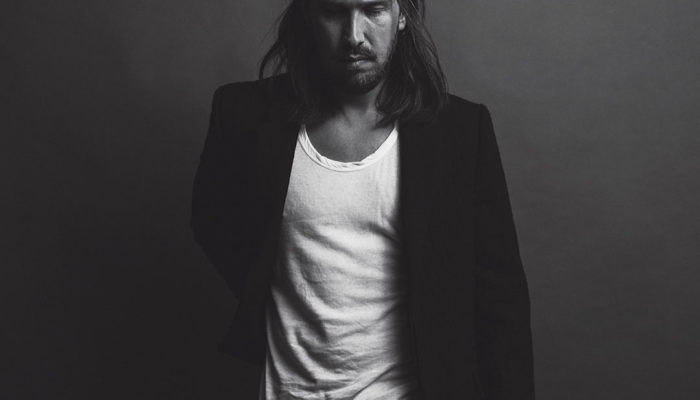 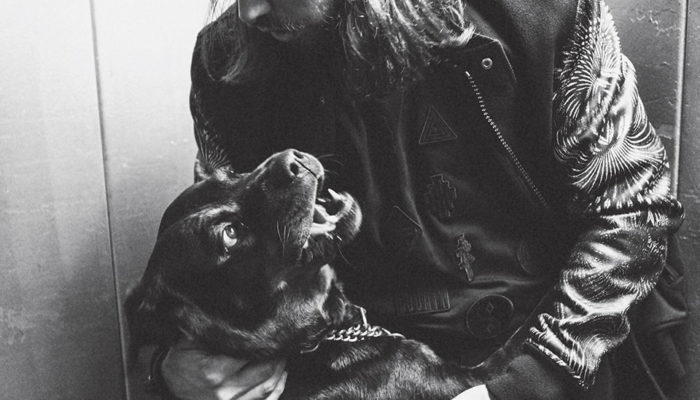 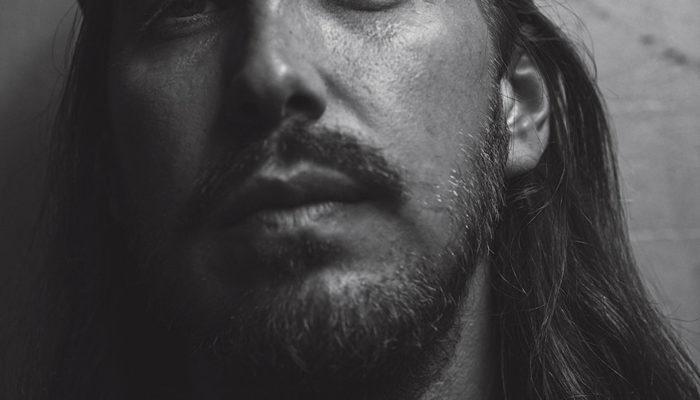 Most of the nurturing of talent – one of the biggest attractions of the site – is done in an automated way. “It works in perhaps exactly the same way as LinkedIn. People can be seen, people can connect to you, send you messages.” Does he worry that some of the designers on the site will fall by the wayside? “The more they update their profiles, the more interesting they’ll become and the more they get seen, because that is how the automated filtering system works. Now we work with a few partners and corporations with very specific requests. For example, ‘find a designer that uses a specific fabric, in a specific country, who has been in business for at least three years.’ Then the pool becomes very small. We need the huge pool to cater to external clients.”

What makes NJAL different from other initiatives is the breadth of what it offers. “Too many focus on the e-commerce side. I think retail is changing every couple of years – people are really wondering about what direction to go in. What we are trying to do is change the business model. As cheesy as it sounds, we really want to change the system and the world around it. Even after all these years, we are still full of ideas.”